ONE of our favourite cars on the Brisbane scene is Jason Ross's UC Torana hatch. The car has completed two Drag Challenge Weekend events and took out the Tuff Mounts 235 Blown class last year - and  ran an PB  of 8.63, with a 1.26sec 60-foot. The combo will be back to defend there their title, 27-29 November. 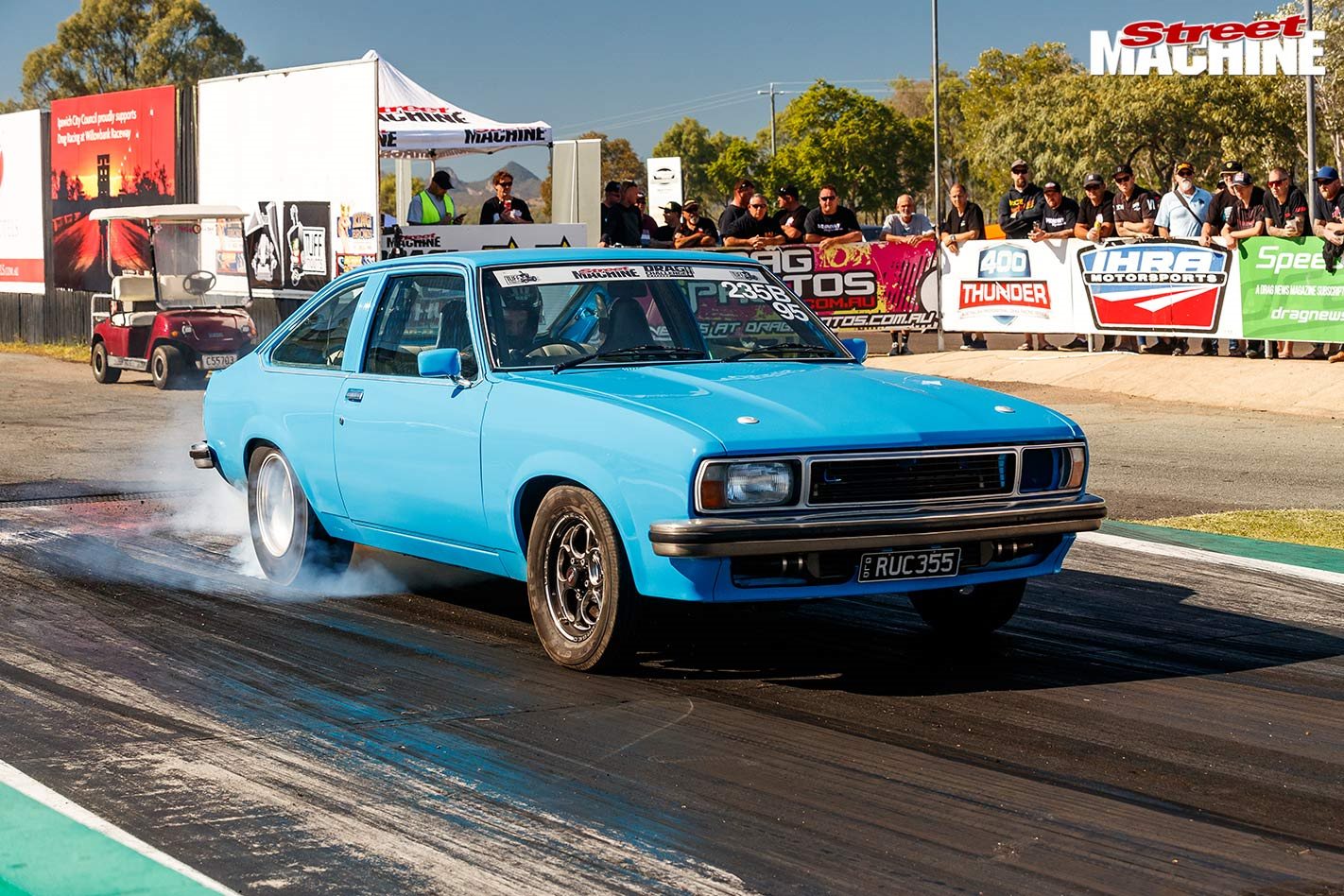 What is even more impressive is that the whole turbo and driveline set-up owes Jason less than $9K. “This car is budget, and I mean budget,” he says. “The LS1 came from under a guy’s verandah, and had been sitting there with the heads off in the dirt and was all rusted up. 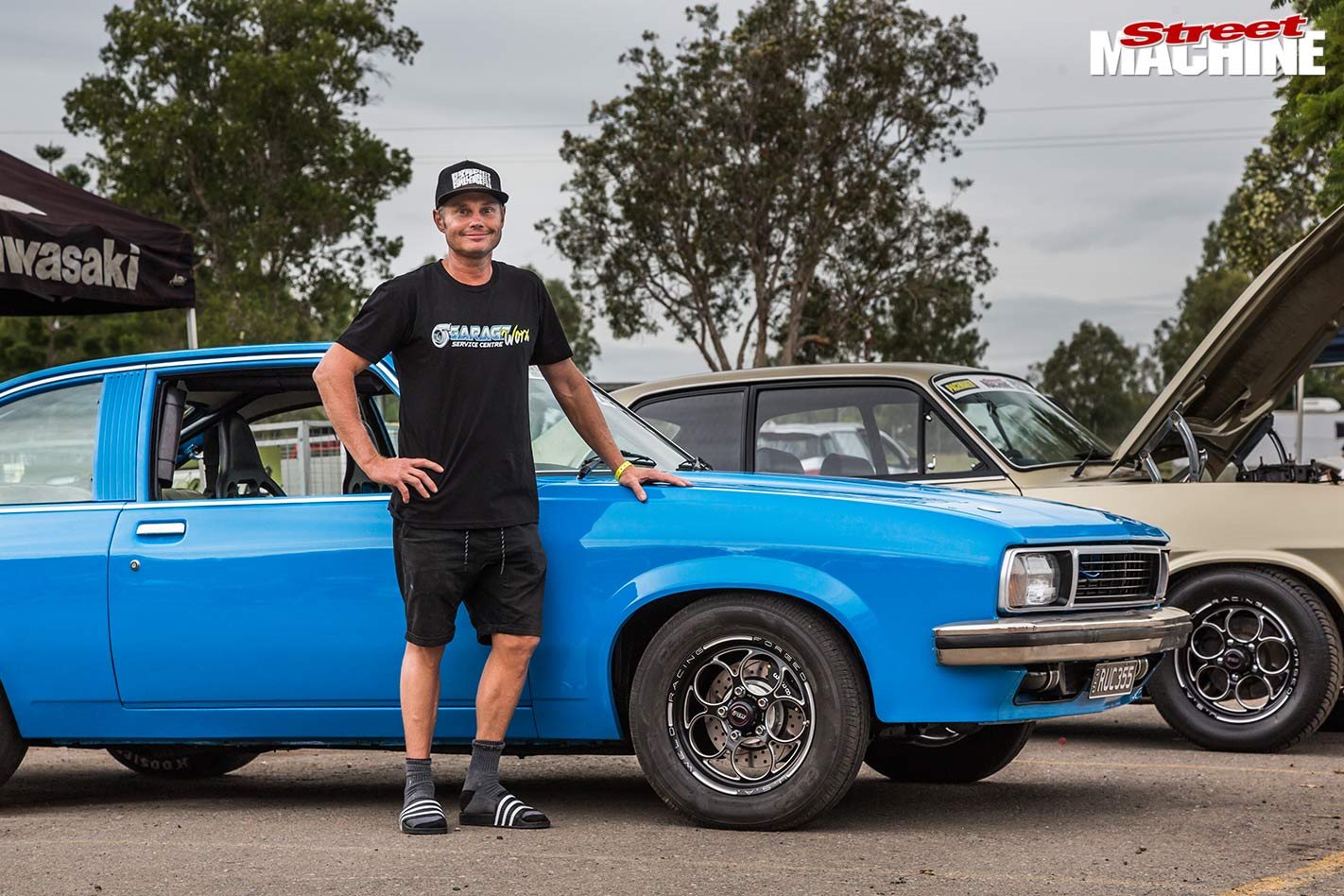 “We didn’t strip it, just hit the bores with Inox and emery paper, made sure the bottom end was all tight and put it in the car with a secret-squirrel cam from Garage Works in Melbourne,” he continues. “They also supplied the stock ECU, wiring looms, valve springs and 1000cc injectors, and we slapped it together and hit the key.”

The hot side is just a set of eBay stainless headers, a second-hand Chinese eBay T4 turbo that is somewhere between a GT42 and GT45, and a single 44mm Tial wastegate. 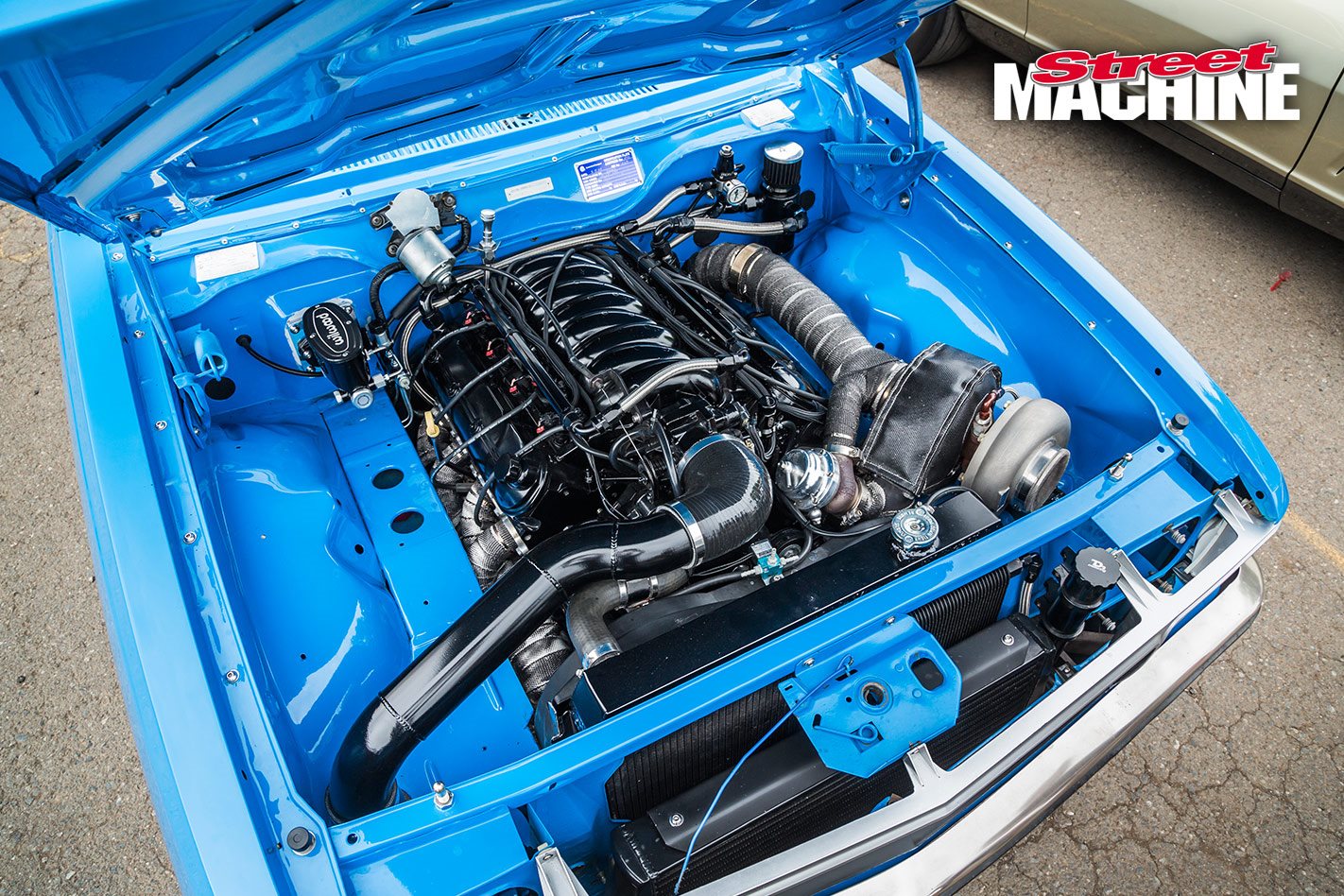 “We are constantly trying to sort this thing,” Jason says. “Recently we changed from 31- to 35-spline axles and have ditched the eBoost, as I find it too hard to work with and it sends the engine into overboost, which shuts it down. We’ve gone back to old-school with a T-piece off the turbo gate.

“We find the Hoosier tyres are working best for us and we are running over 127mph to half-track, although we detected a converter slip problem in the back half of the track when we raised the boost from 10 to 16psi.” 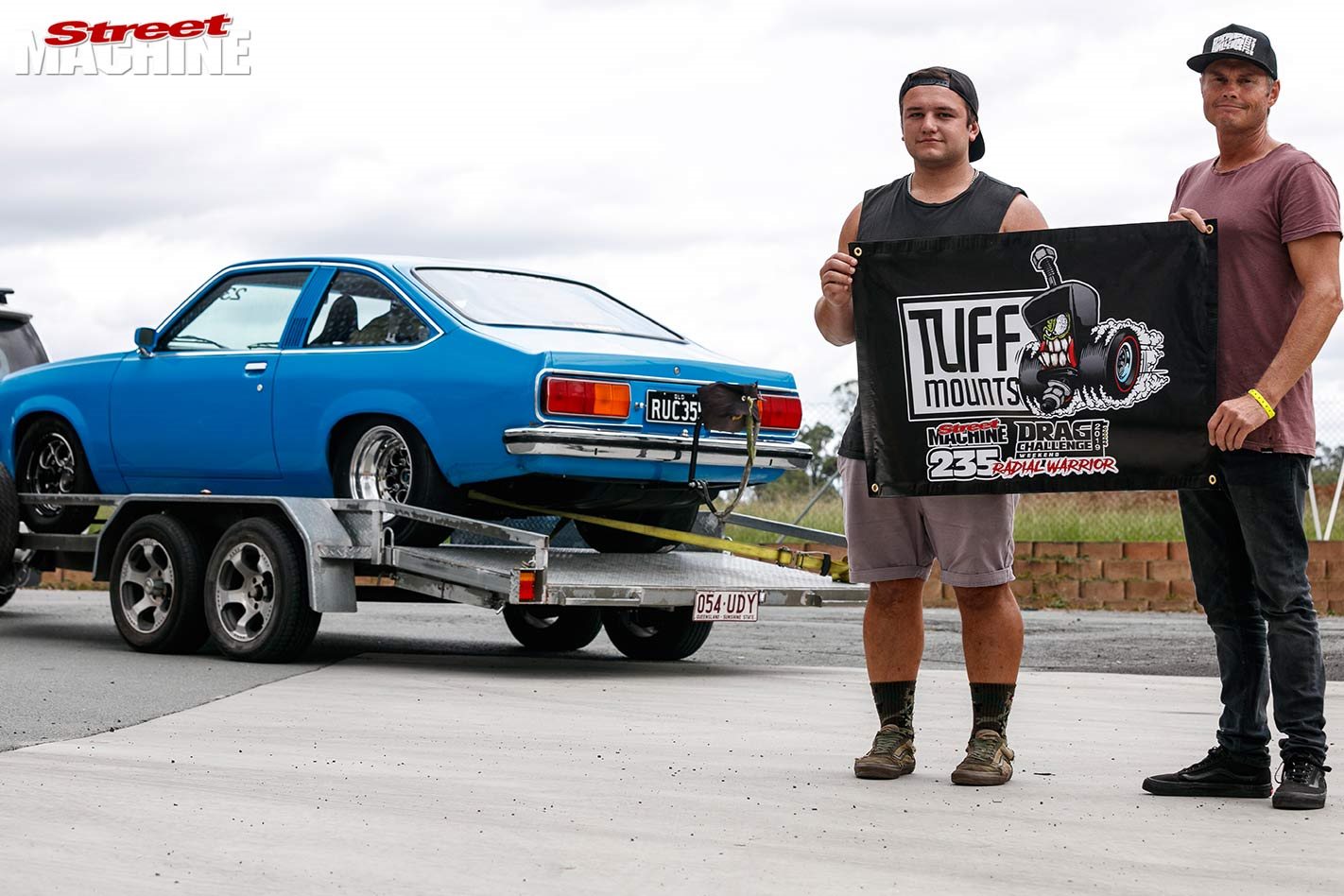 “I really didn’t expect much from the car, but I shit my pants when we took it for a run initially,” Jason laughs. “I told people it would go a bottom nine first run, and it did. Then I said it would run an eight, and it did. I can see this car going into the 8.40s once we sort the transmission issue.” 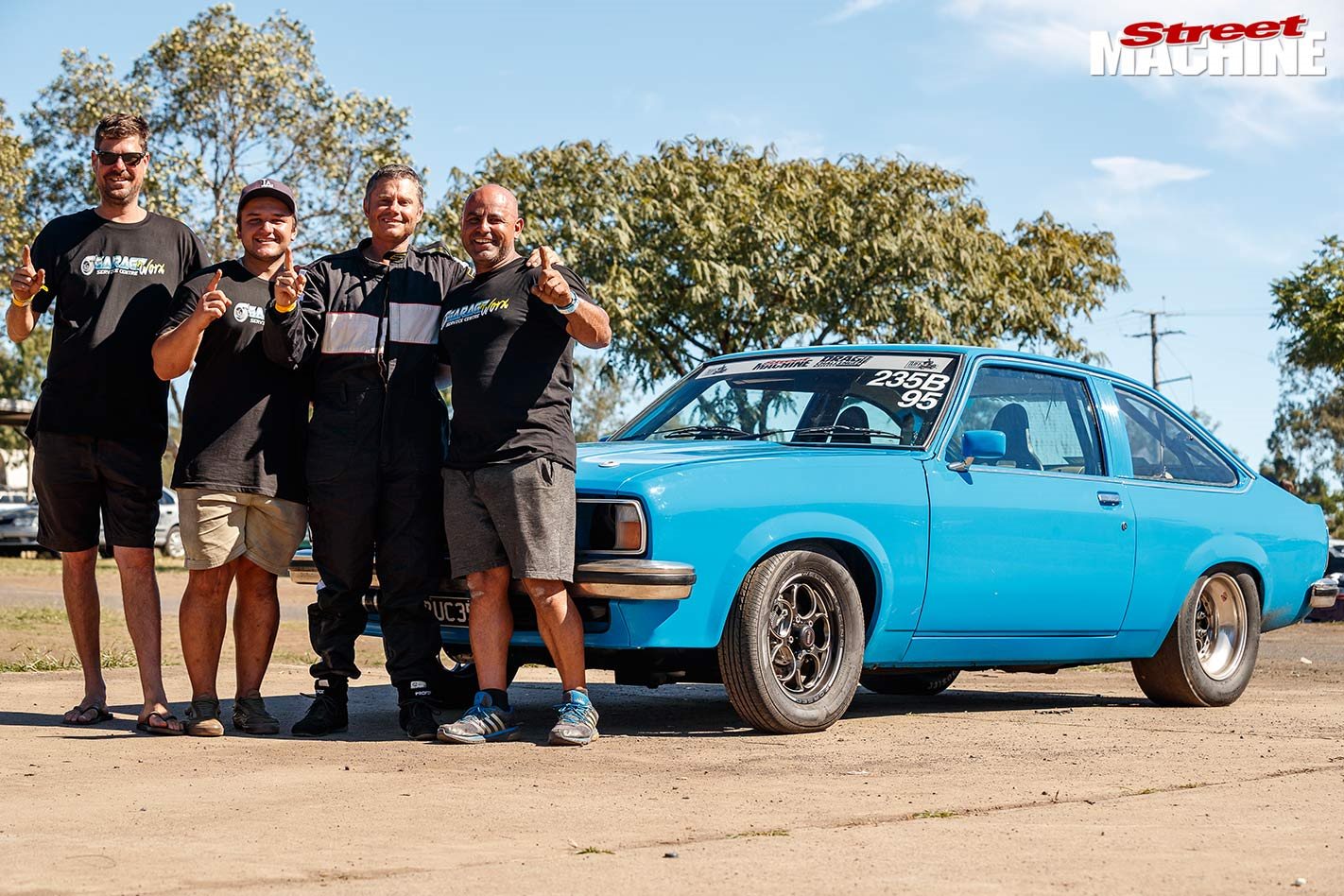