Saved from life as a makeshift dog kennel, this Toyota Landcruiser FJ45 now sports over 400hp of force-fed LS V8

FOR car nuts from all walks of life, the barn-find is the Holy Grail: the perfect classic sitting long forgotten, patiently waiting to be saved. It’s a story we’ve all heard before, but for Billy McKinnon, it’s just part of the story of his FJ45 Troop Carrier.

When he first stumbled across the rust-free 45 near Kingaroy, Queensland, it was doing duties as a makeshift dog kennel. Billy’s no stranger to 40-series 'Cruisers, and over the years he and his old man have pieced together around a dozen in all sorts of configurations. So he had a fair idea of where he wanted this build to head. 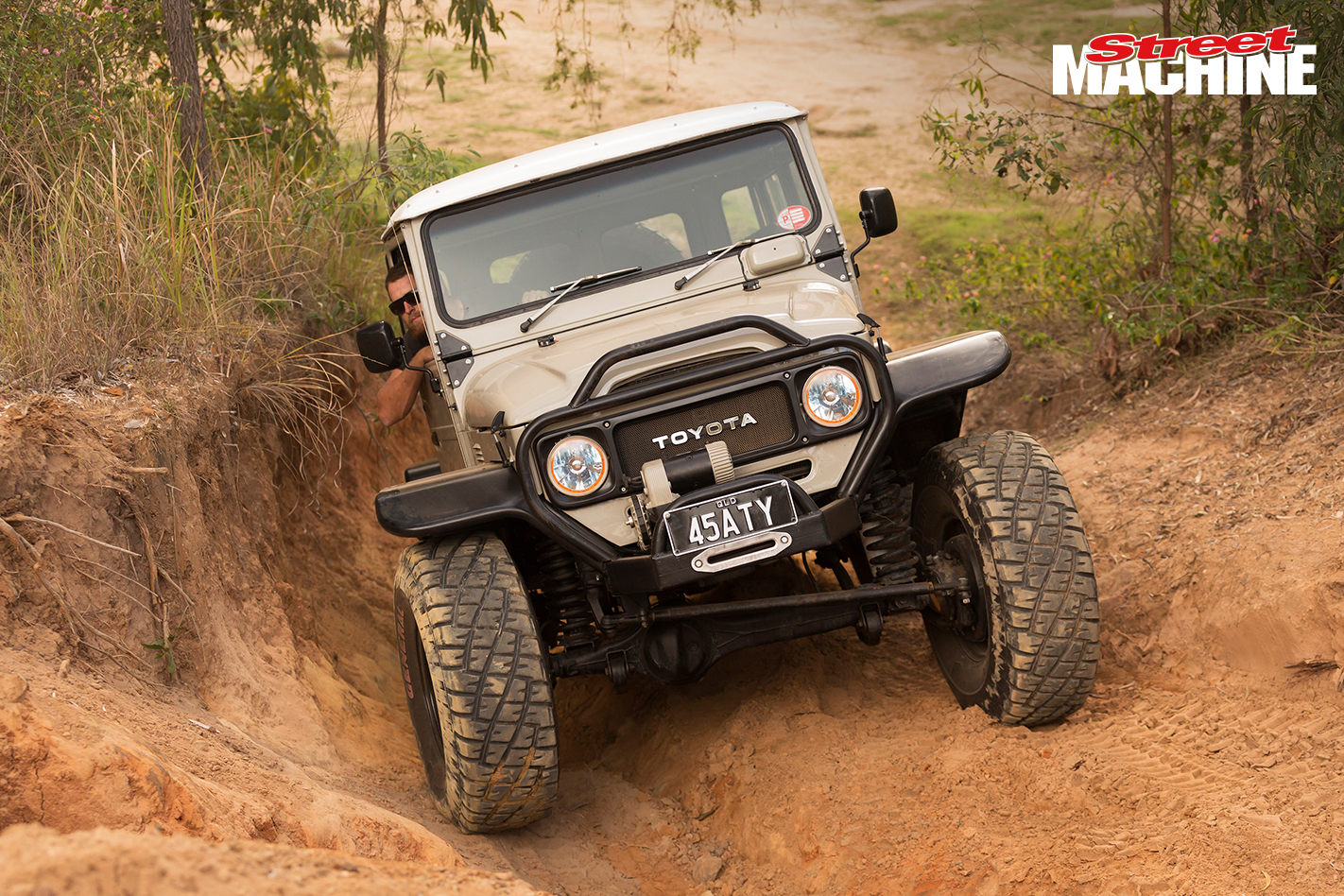 “I had originally planned on rebuilding a 47 ute for the road, but it was just too far gone,” Billy says. “It needed too much work and was way too modified to ever legally see the road. I rang up a mate who had a busted old 80-series. I bought it for dirt cheap and got to work.” 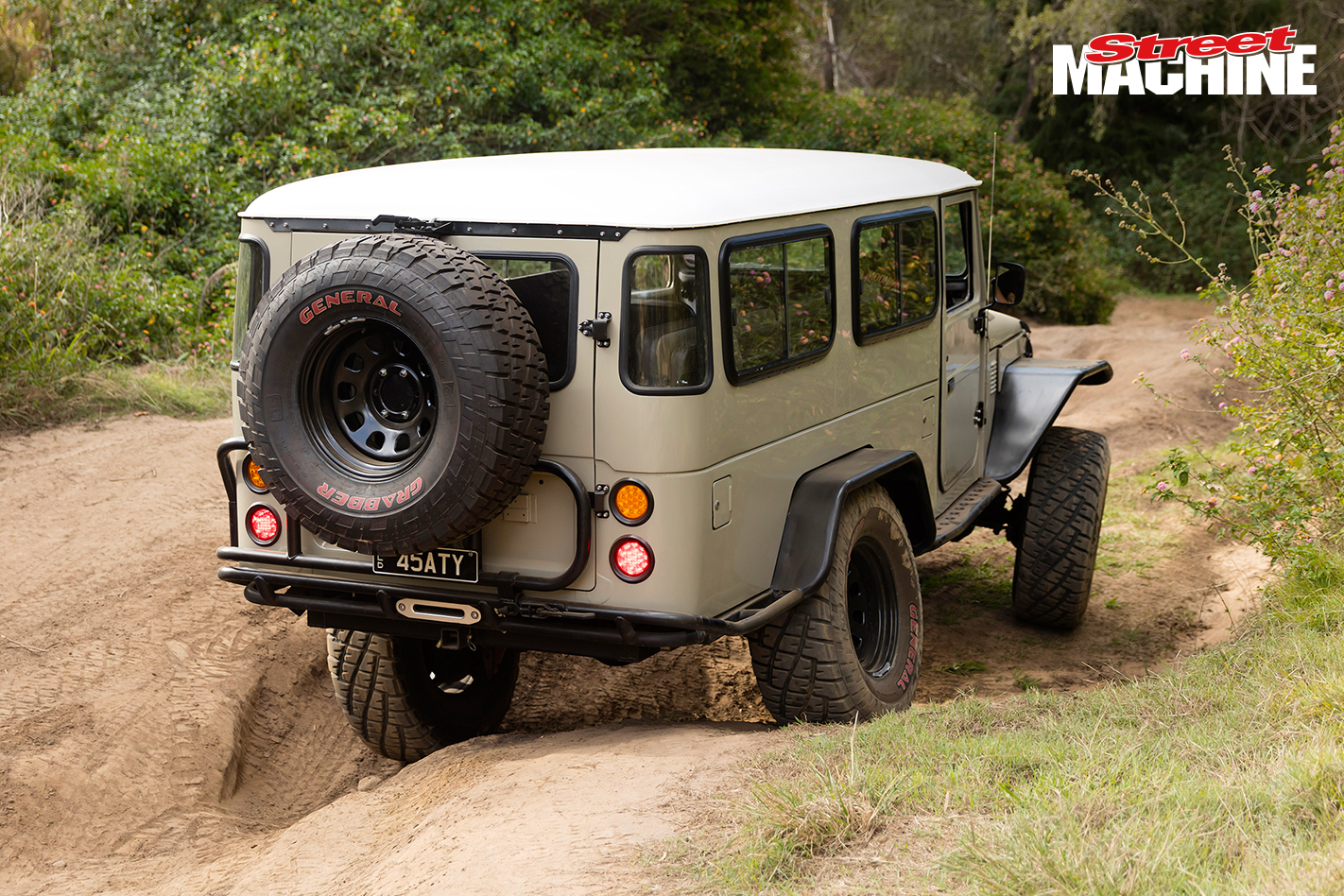 Over the course of a weekend the chassis was pulled from the 80-series and the 45 body placed on top, ready to mock up the body mounts and barwork. The body has been set back on the frame to push the front axle forward for a better approach angle. Surprisingly this meant the wheelbase between the 45 and 80 were almost bang-on, with only a slight rework of the rear wheelarches needed to dial it in. With the wider 80-series axles pushing the wheels and tyres out a further 100mm each side, Billy constructed a series of reinforced-tube wheelarch flares that also tie the front and rear bars into the sliders. The whole lot not only gives Billy the confidence to slip and slide the 45 through rocky terrain, but it substantially reinforces the chassis against twisting. 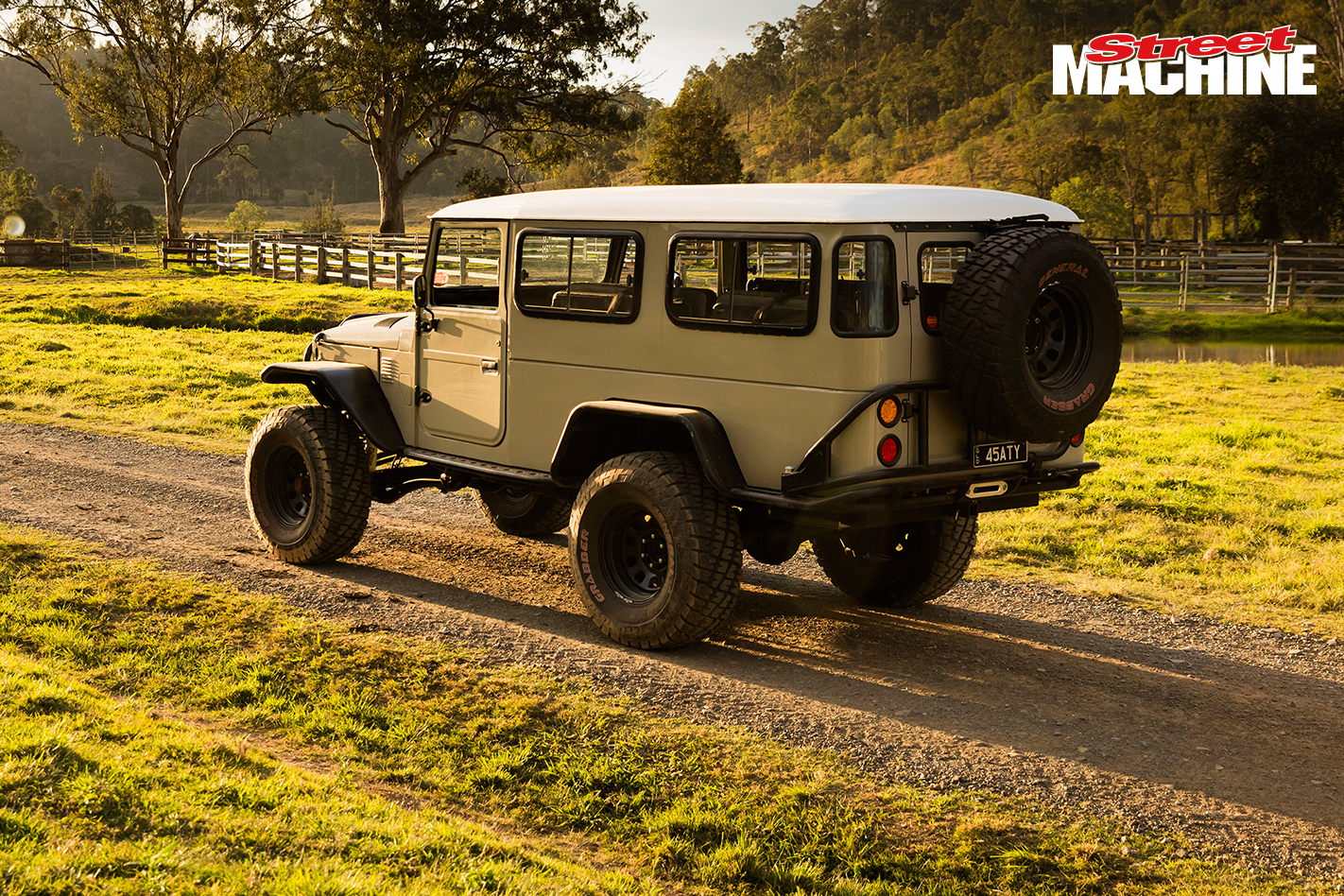 While the body was off for final welding of the barwork and body mounts, a new crossmember and engine mounts were burned into place for the updated drivetrain. Where the carburetted six used to sit there’s now a 5.7-litre LS1 V8 backed by a TH400 auto transmission sending power to both axles through a Chevy-sourced NP205 transfer case.

Just for good measure Billy shoe-horned a GTX42 turbocharger into the already cramped engine compartment, with a front-mount intercooler slotted in between the radiator and support panel. Despite being a low-boost set-up with only 8psi being pushed through the intake manifold, upgraded injectors were required for the increased fuel demands. 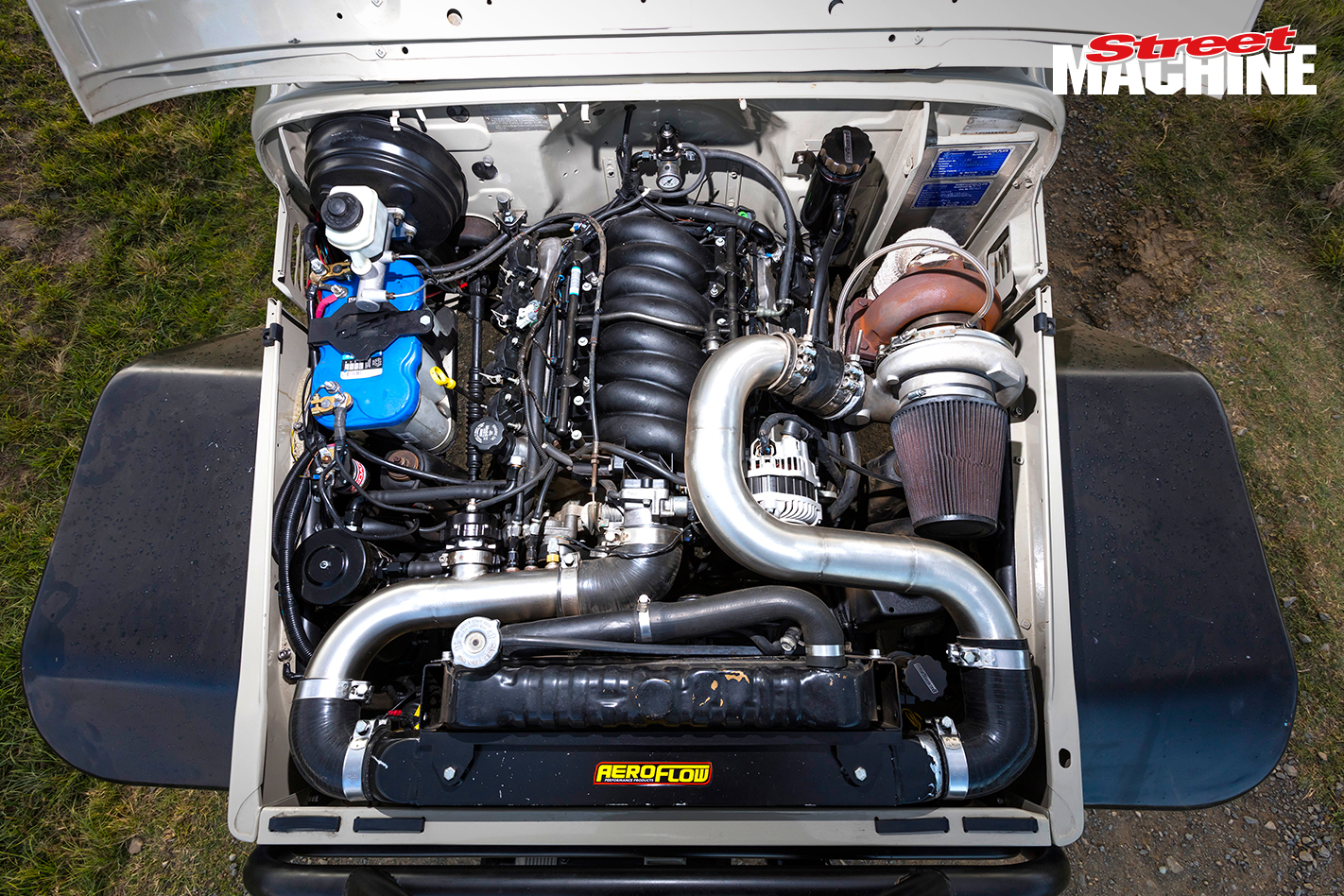 Hanging off the back of the turbo is a full 3.5in custom exhaust with a Hooker muffler. On its first run on the dyno with a mild tune she pushed out 340hp at the wheels, although with a more aggressive tune in the works this number should jump to 400, which is serious ponies for an old Troopy.

However, it wasn’t all sunshine and rainbows getting the new drivetrain working. With the transfer case’s rear output centred in the chassis, and the 80-series diff centre being offset to the driver’s side, a GQ Patrol rear axle was needed to get things back in line. The centre was also swapped for a high-pinion front from a GU Patrol with LSD internals installed. Up front there’s also a GU Patrol steering box on custom mounts, with a chrome-moly draglink tying the Patrol steering box to the Cruiser front axle. 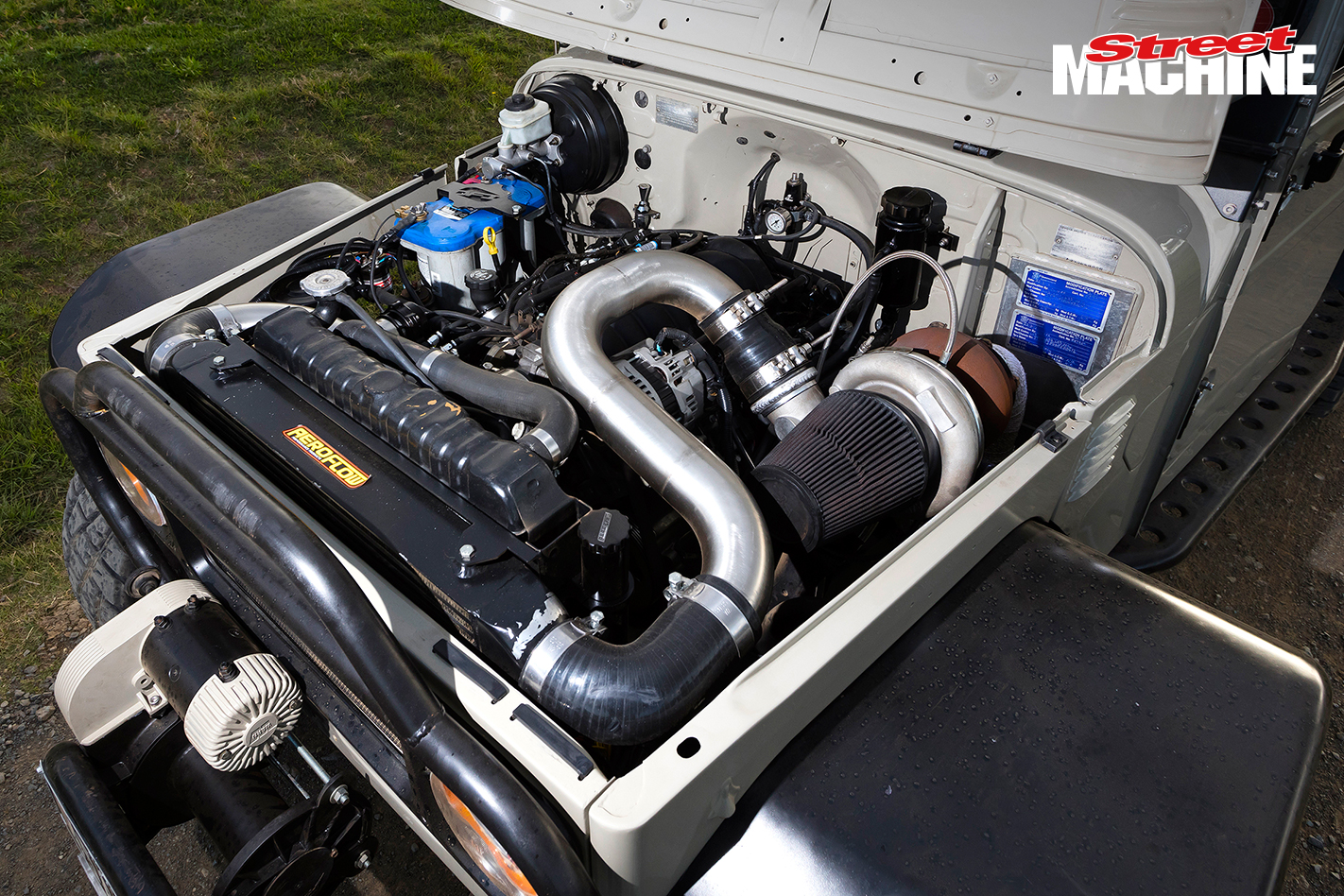 Despite running mostly stock suspension components, there’s now an extra two inches of clearance thanks to a 50mm suspension lift from EFS. Each corner was weighed individually to get the exact spring rate dialled in for a plush ride. The coils have been teamed up with four-inch-lifted shocks for a little extra droop, providing more stability in the rough stuff. The change in ride height freed up just enough room for a set of 37-inch General Grabber SRL tyres wrapped around 17-inch Dynamic steel wheels. 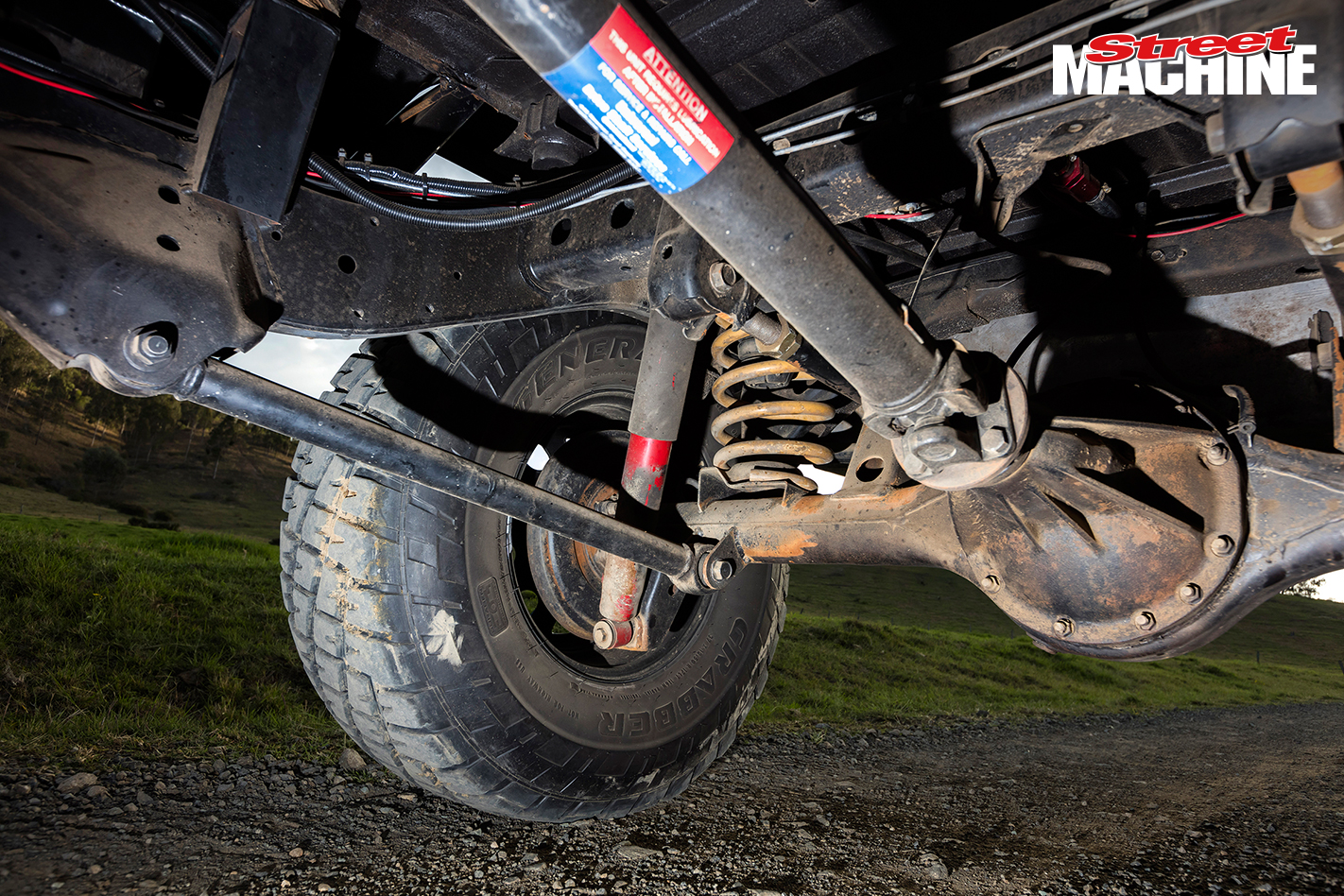 With the body bolted back on, things don’t get any less impressive. It’s been painstakingly straightened, with all remnants of farm life removed. LED tail-lights and indicators have been recessed into the rear quarters, and a smooth coat of Toyota’s Dune Beige 416 has been liberally applied – one of the very few jobs Billy farmed out.

Those with eagle eyes may have noticed a lack of front indicators. To keep things looking clean, the old boxy units have been binned and replaced by a trick halo-style headlight designed for early Mustangs, with the indicator built into the light. 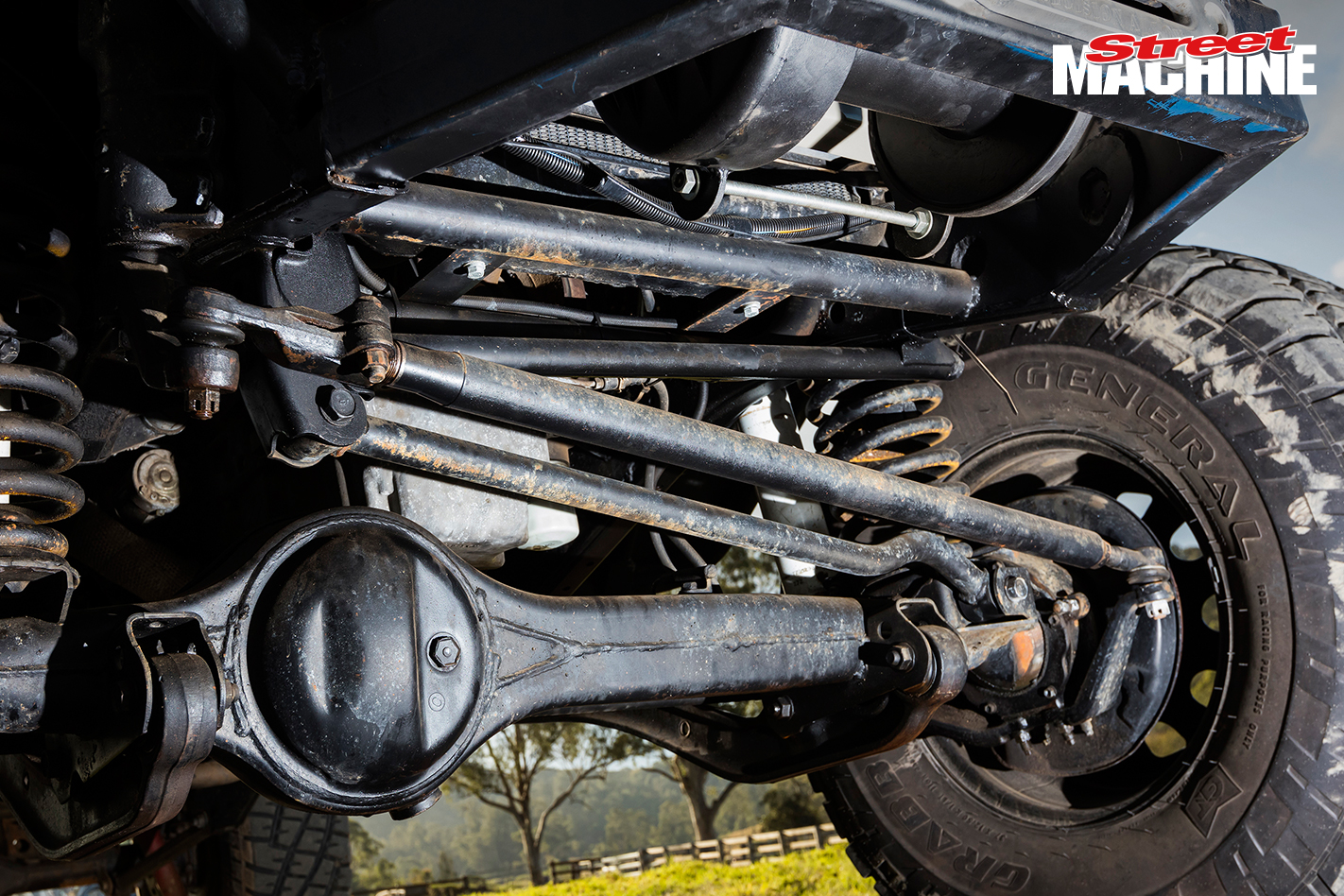 Up the back Billy’s made a trick wrap-around tyre carrier, with the pivot point near the passenger-side rear wheel. Up front the winching duties are handled by a significantly larger Warn 8274, otherwise known as a high-mount. It’s had the housing braced, and the brake shaft drilled, tapped and capped with a Warn 6hp motor upgrade. 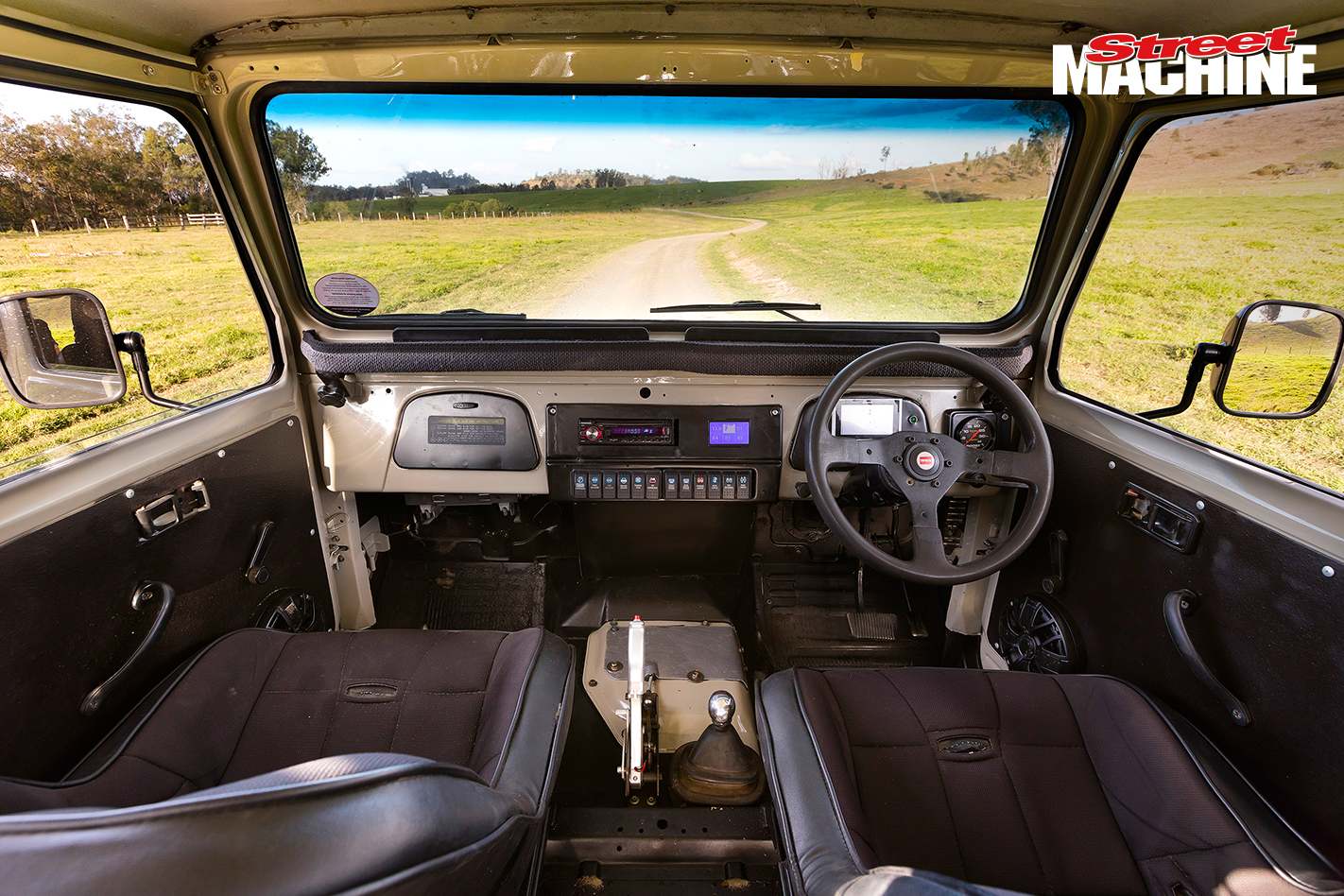 On the inside Billy has kept the theme of old-school cool, with a modern twist. Up front the driver and passenger are both strapped down in a pair of fixed-back Corbeau race seats that Billy picked up second-hand for a bargain. The clunky factory gauges have all been replaced by a sleek digital unit from Australian company 1Gauge, which covers all engine vitals including most temperature levels, pressures, fluid levels, boost, and even air/fuel ratios. The speedo has been replaced by a GPS unit from Navman, with the whole lot wired up with the help of a few mates and more than a few beers.

Billy’s one-of-a-kind FJ45 may have some purists baying for blood, but it’s a good indication of the way 4x4 touring is heading in Australia: a combination of reliability and capability, with a huge cool factor thrown into the mix. 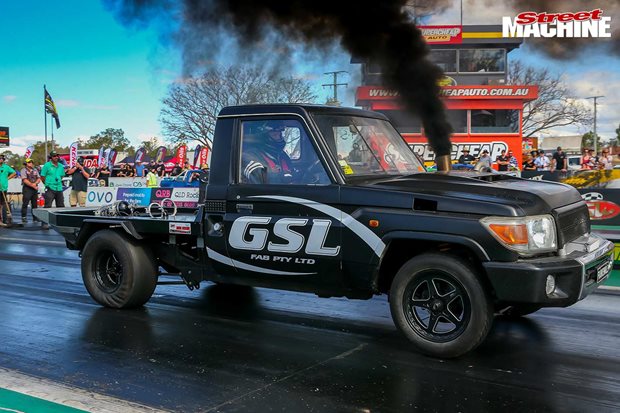