LAST year at Street Machine Drag Challenge, the SM team was mighty impressed by Paul Hamilton’s monster Ford XA Fairmont sedan. Paul – a farmer from Tasmania – has owned the car for 23 years, and it was originally his daily driver until he pulled it off the road with the intention of having a dabble in some drag racing. 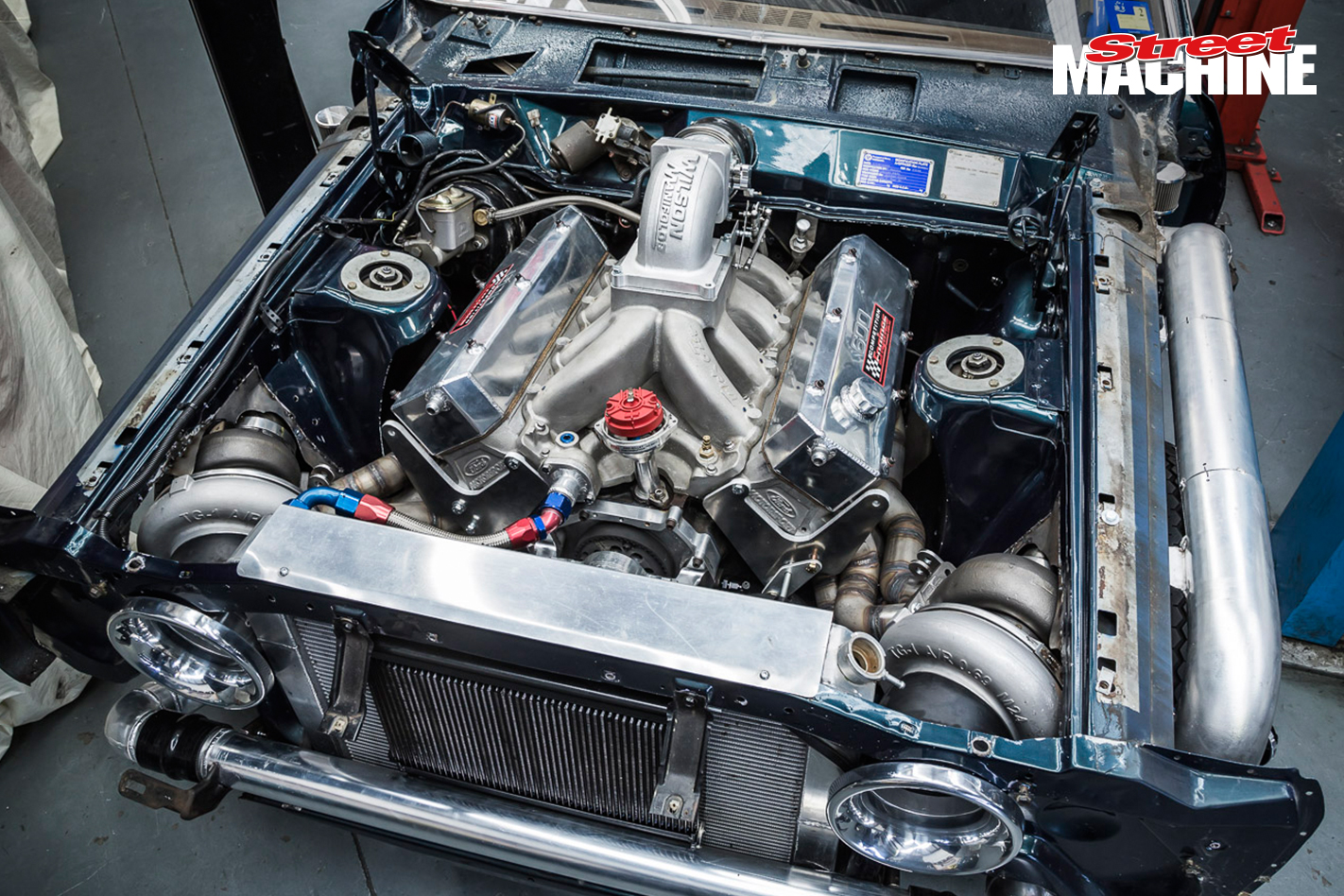 Now it’s packing a 600-cube Ford big-block running on E85, which at Drag Challenge last year got the big girl got down the quarter in the low nine-second range at around 150mph. Unfortunately, on Day One disaster struck when one of the roller lifters on cylinder one decided it no longer wanted to roll. Paul knew he had to still drive the car back home to Tassie, and thought he better not push his luck, so he retired from the event. 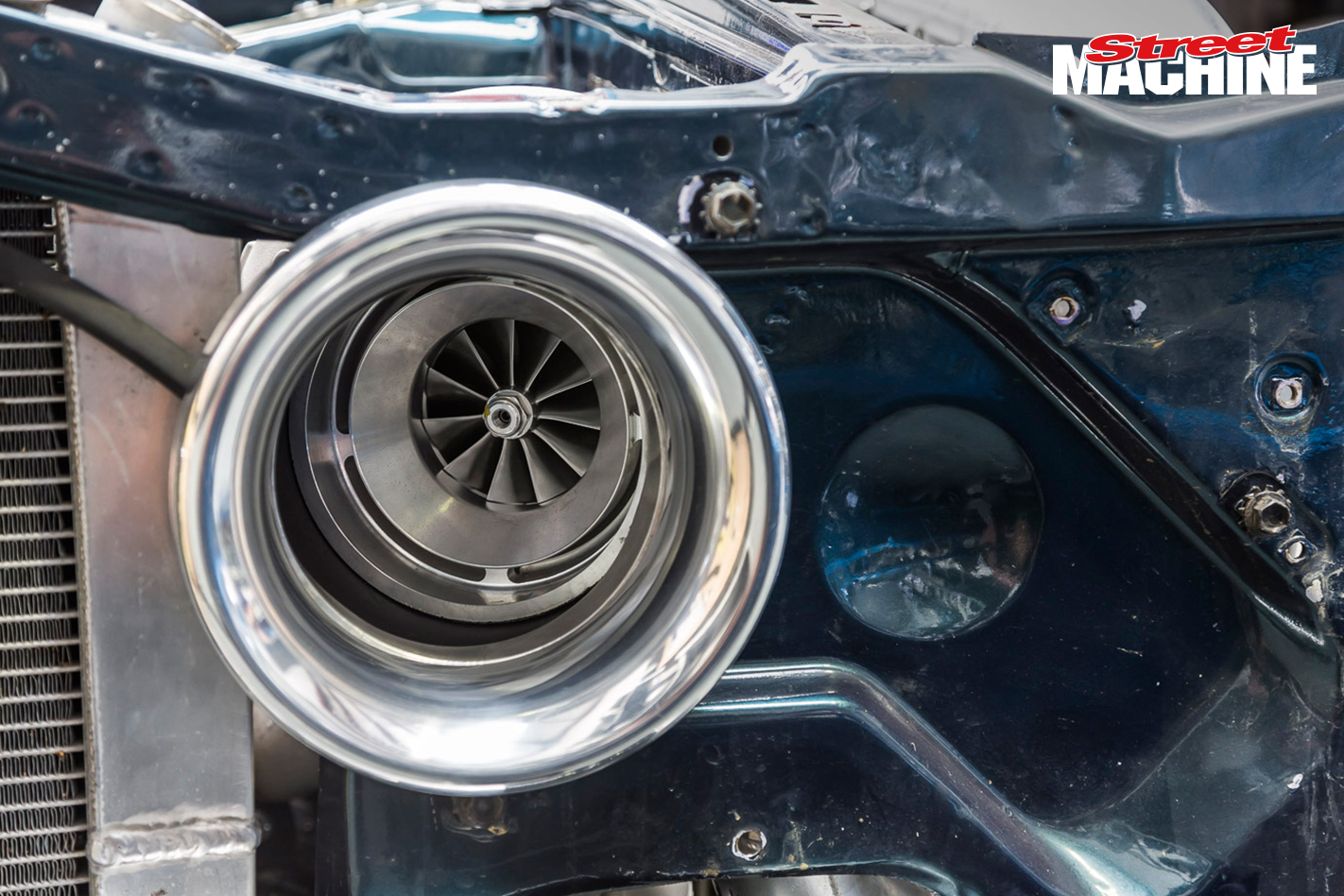 However, he was in good spirits and vowed he would be back again. “I might go twin-turbo [next time] to take some stress off the valvetrain, as it’s got quite a cam in it,” Paul said at the time. 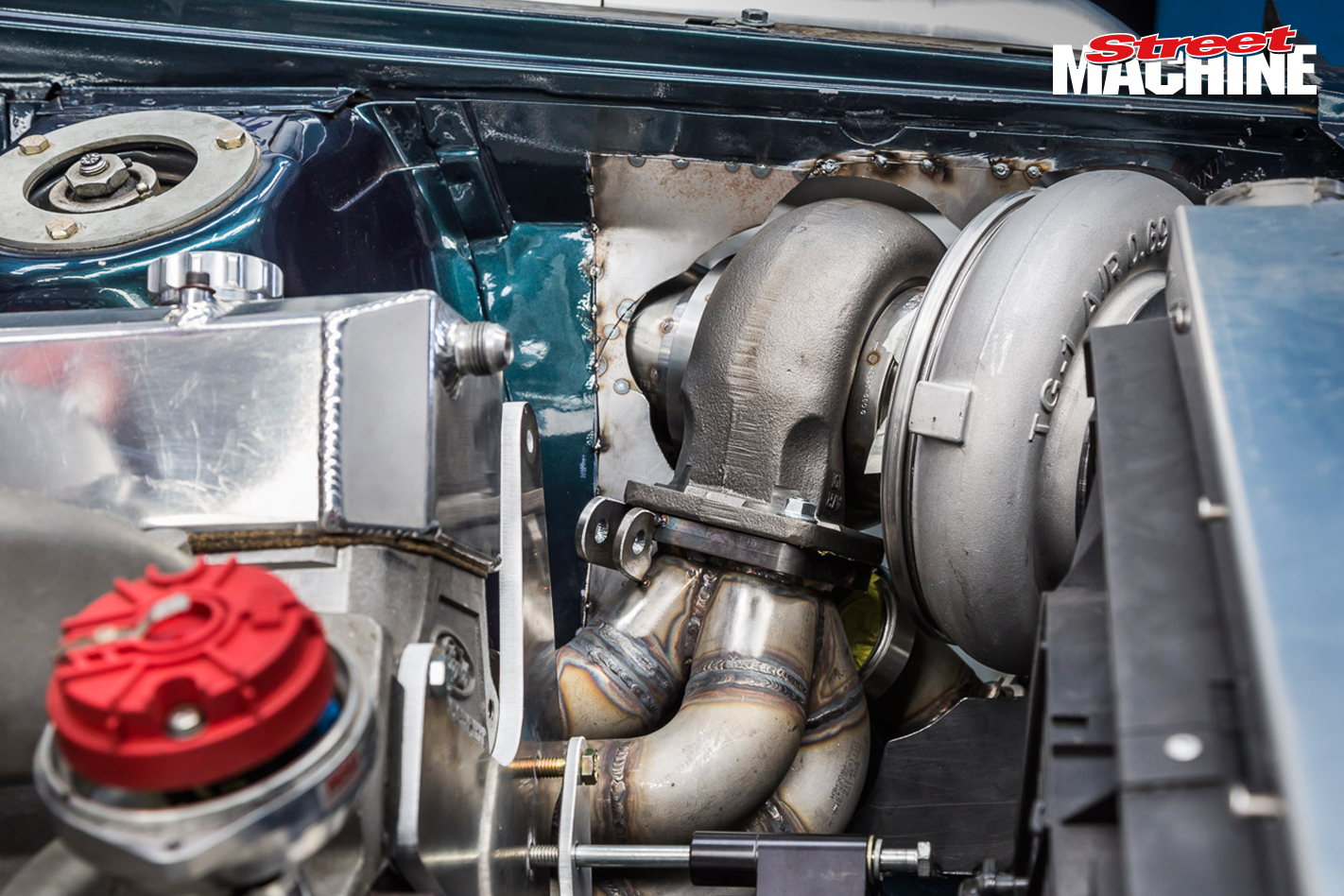 Well as you can see by these photos, Paul has indeed made the switch over to twin turbos. But it ain’t that simple. The boys down at Competition Engines in Melbourne are doing a full motor build with this thing, still retaining the 600-cube big-block, but switching to a more boost-friendly rotating assembly. 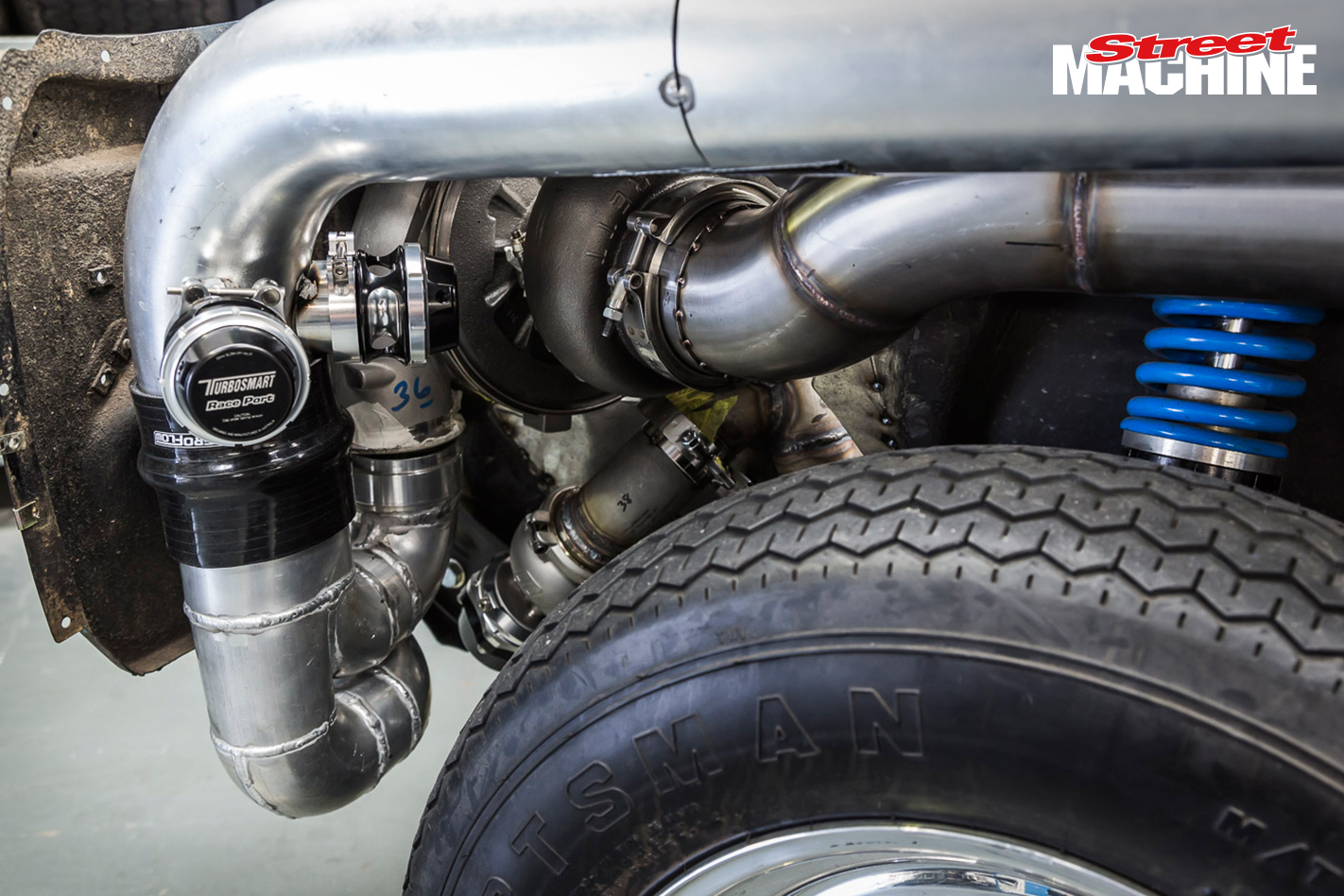 Tim has made up all of the stainless steam-pipe exhaust manifolds, which blow through to twin Garrett GTX45 turbos. Boost control is handled by Turbosmart gear with external gates and twin Race Port blow-off valves, while a water-to-air intercooler is hidden under the dash and feeds the Wilson Elbow 4500 throttlebody through the firewall. The intercooler actually uses its own small boot-mounted radiator rather than an ice box, though Paul will still have the option of running ice. The boys at Competition Engines are also completely rewiring the car with a Haltech Elite ECU. 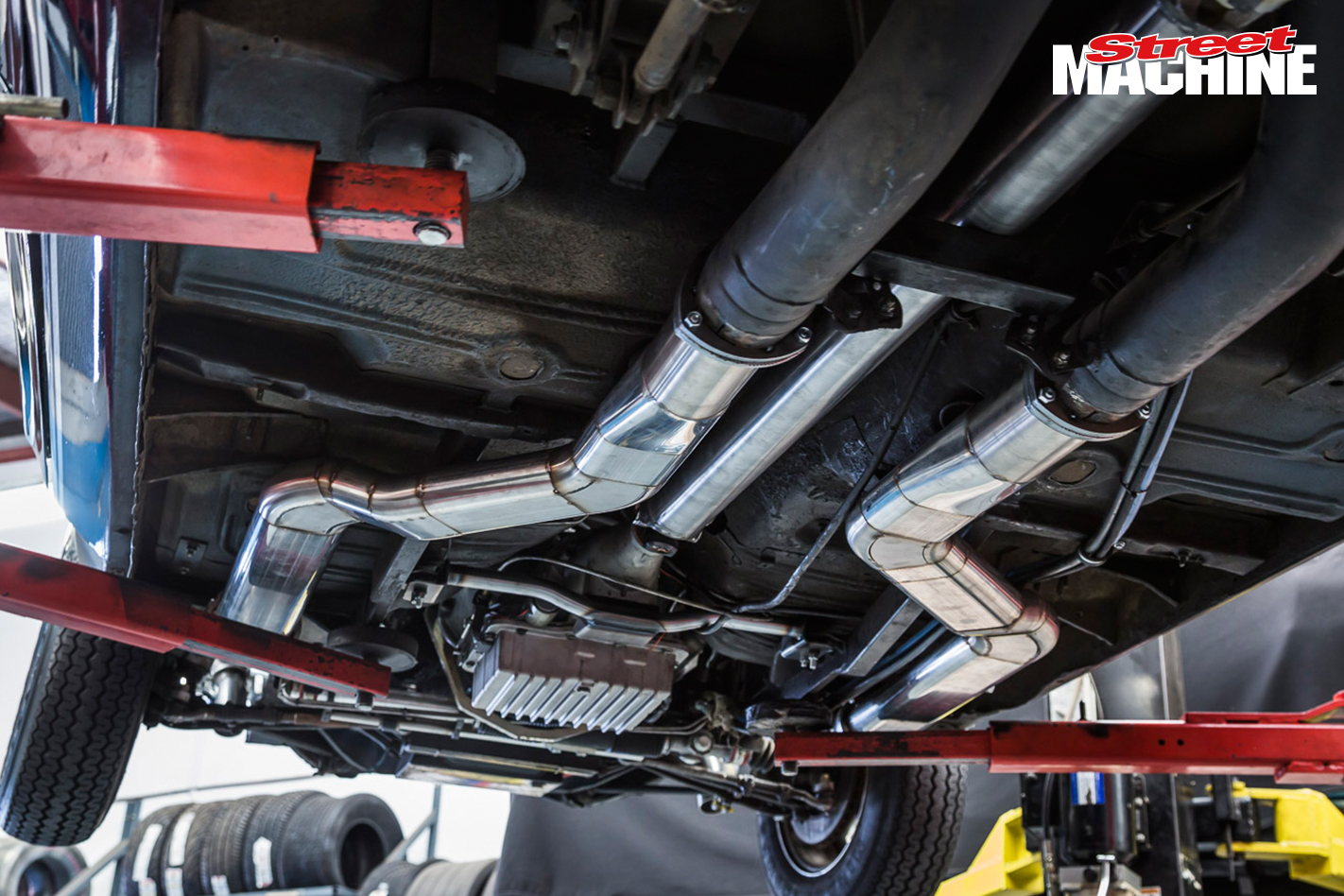 As you can see, the dump pipes from the twin Garretts on this car are quite different. The guys have gone with a square four-inch set-up. Basically it runs straight out of the rear turbine housings as a round four-inch and then into a square four-inch, which helps for clearance through the guards and under the car. 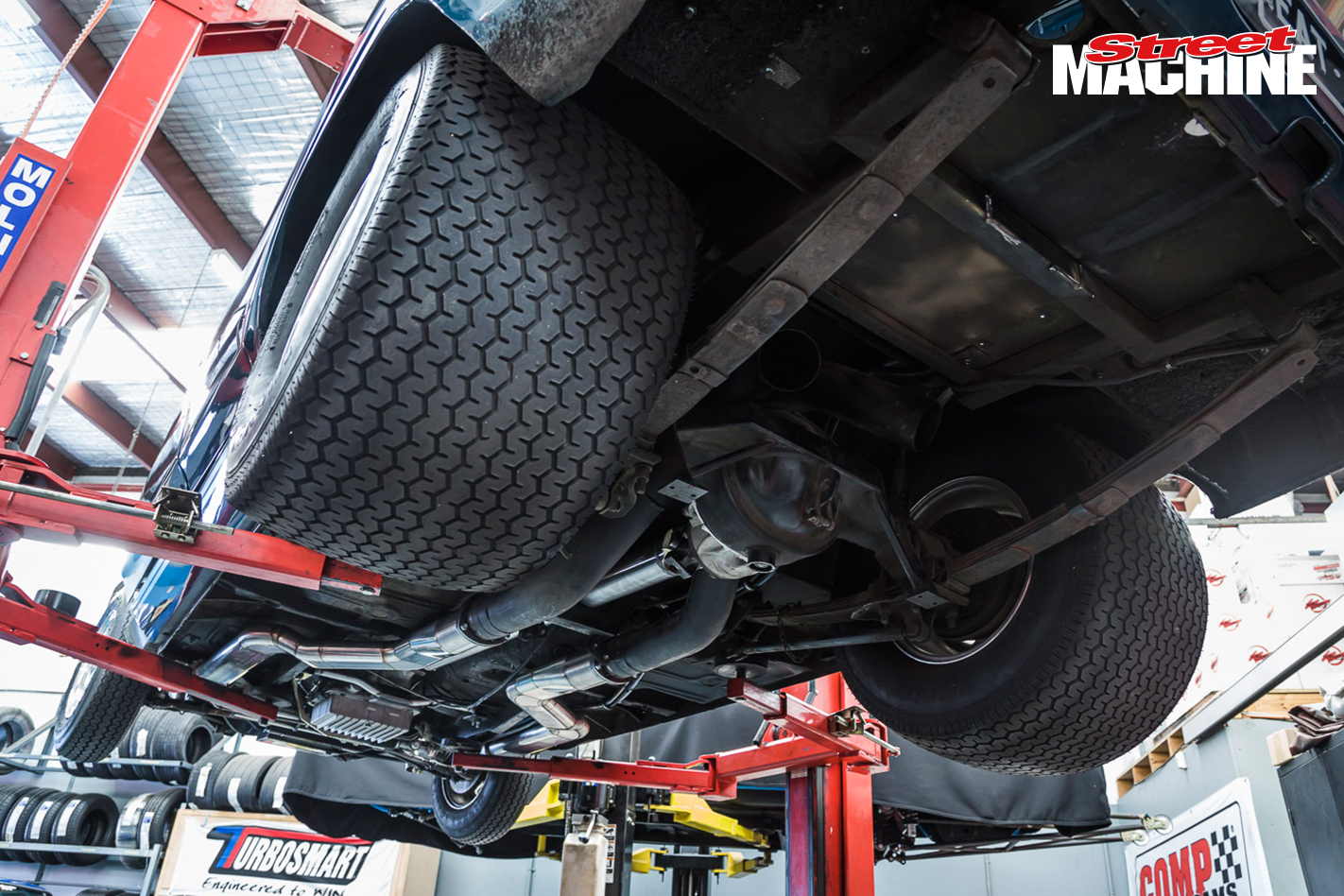 The boys are now at the stage where all of the fabrication work is complete. Next they’ll pull it all down, start rebuilding the engine, toughen up the Powerglide trans, fit a stronger tailshaft and finish all the wiring before tuning her up for Drag Challenge! It’s a heavy car, but with the big tyres that Paul runs and the power they expect to make from this set-up, the Competition Engine guys reckon it’ll go deep into the seven-second range. Looks like it’ll be another strong contender for this year’s event!