WE MET Callum McKay at New Zealand’s Muscle Car Madness show, which is kind of like our Summernats, but way more chilled. Callum’s ratty R31 Nissan Skyline caught our attention when we saw half the engine sticking out of the engine bay, so we had to learn more about this force-fed freak show. Cool Skyline, what motor have you tried to stuff into it?

It’s a 305-cube Chevy V8, which we’ve strapped a couple of turbos to for a bit of fun! They’re just some basic Garrett A/R .50 T3/T4 spinners that a mate had lying around the shop. It has a Quick Fuel carb and the turbos are only running about 5psi at the moment. We haven’t really had time to properly tune the car as it was only just finished on the Wednesday before Muscle Car Madness! It won’t sit at high revs; otherwise I’d take it for a spin on the burnout pad! So you’re into the burnouts?

Absolutely! We basically built this car just to be a skid pig. The Chev motor is hooked up to a Turbo 350 trans and a locked R200 diff, so it should smoke the tyres pretty well once it’s all running properly. I haven’t bothered to tidy it up or clean the moss off the back because I like that dirty ratter look – it’s pretty popular over here. My mate has a Nissan Laurel ratter skid car with a Mopar 440 in it, and the crowd love it! 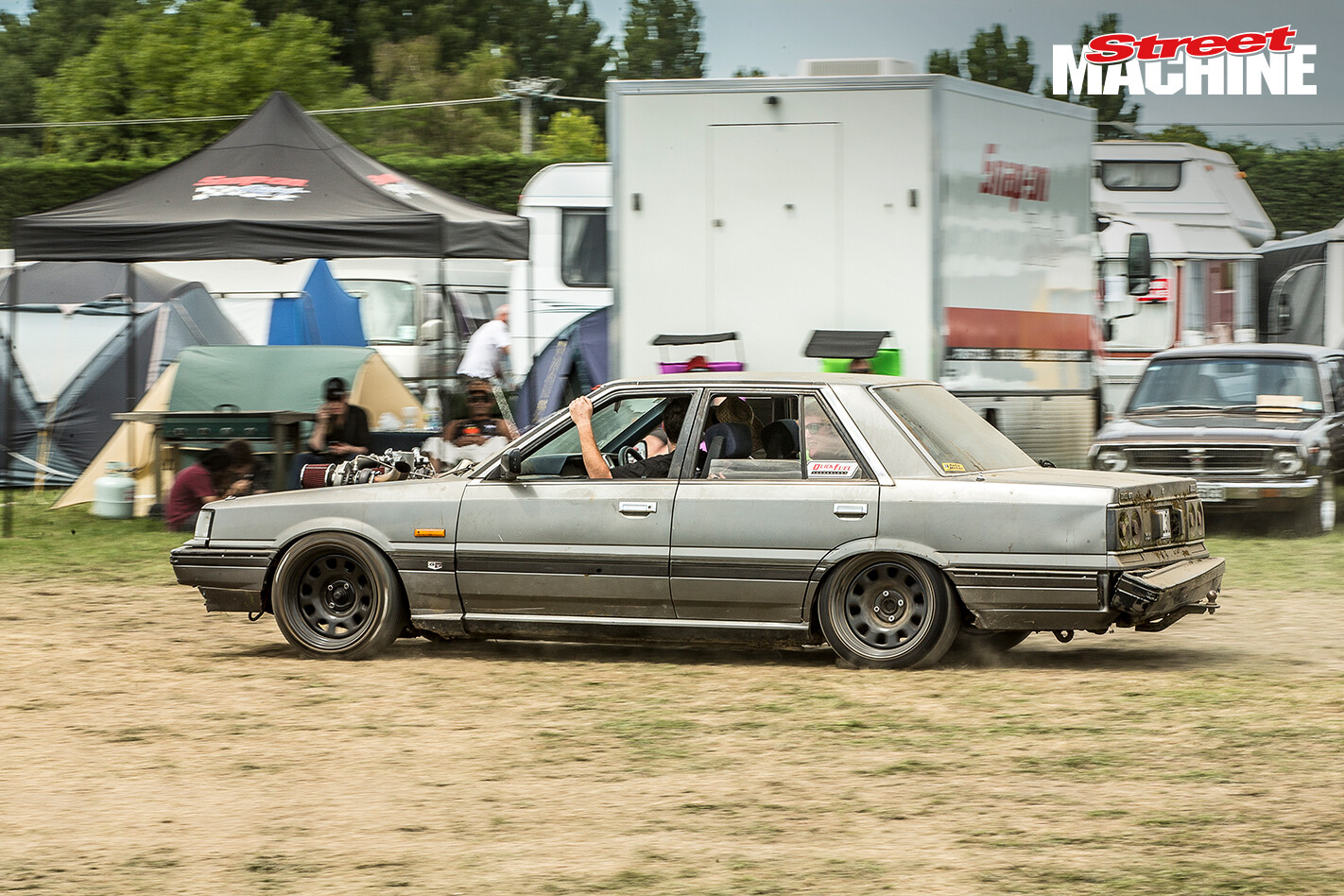 Do you work on the car yourself?

Yes, this was a backyard build between me and a few mates. For about six months we just worked on it after hours and on weekends. My mate Jody Thompson is the brains of the whole operation, he did most of the work as he’s an engineer. We really wanted to have something to cruise around in at Muscle Car Madness this year, so it was a bit of a mad rush to slap it all together in time. 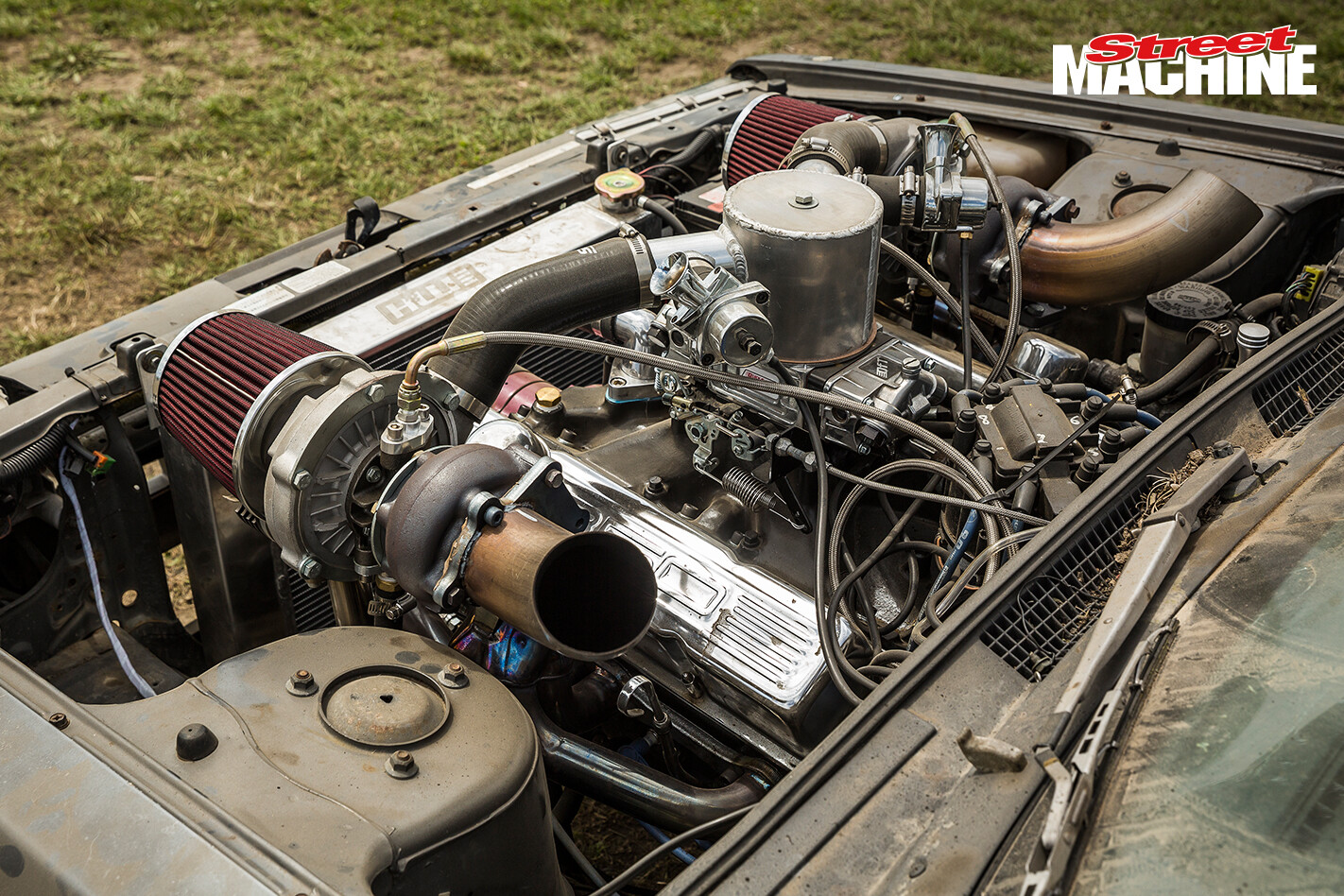 Love it! I’ve been coming here for the past couple of years and we usually camp onsite. It’s just a great atmosphere. Everyone is really enthusiastic, the burnout comp is awesome to watch and there are some really cool cars getting around. Next year I’ll have to get this beast on the pad and see how she does.