WHEN it comes to elite show cars, builders are always looking at ways to go bigger and better. While in recent years people have gone mental with metalwork on cars like the Swedish-built Charger RTR – and closer to home, XBOSS – the engines used quite often can be a bit samey; how many wild show cars have we seen with LS donks? 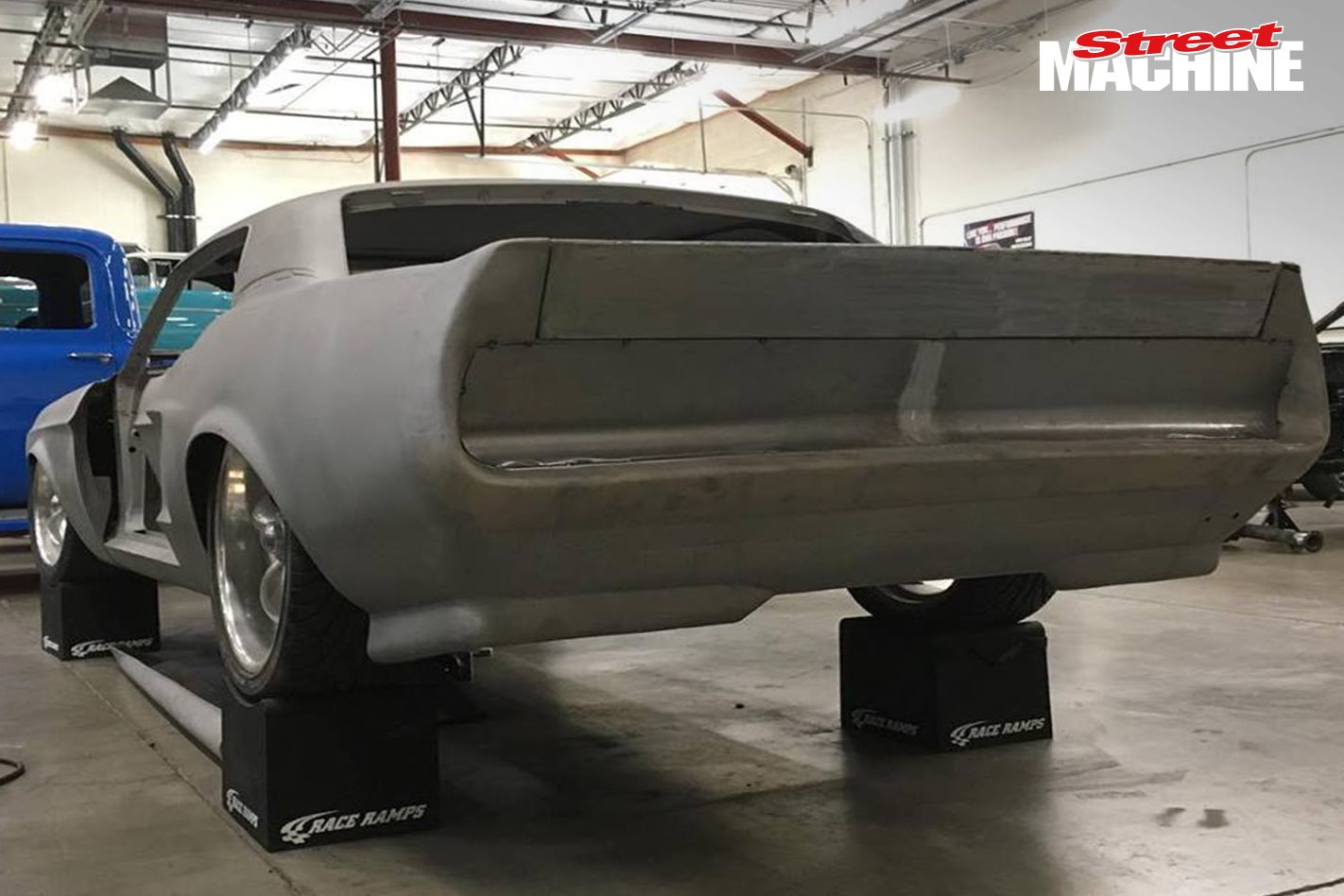 This is where the Aussie-based V12 LS guys have come in with their unique powerplant to match these highly unique and specialised builds. But if you wanted to go even more exotic, there are plenty of engine options out there; take a look at this Ferrari V8-powered ’68 Mustang that’s being built in the US by American Legends Hot Rods & Muscle Cars! 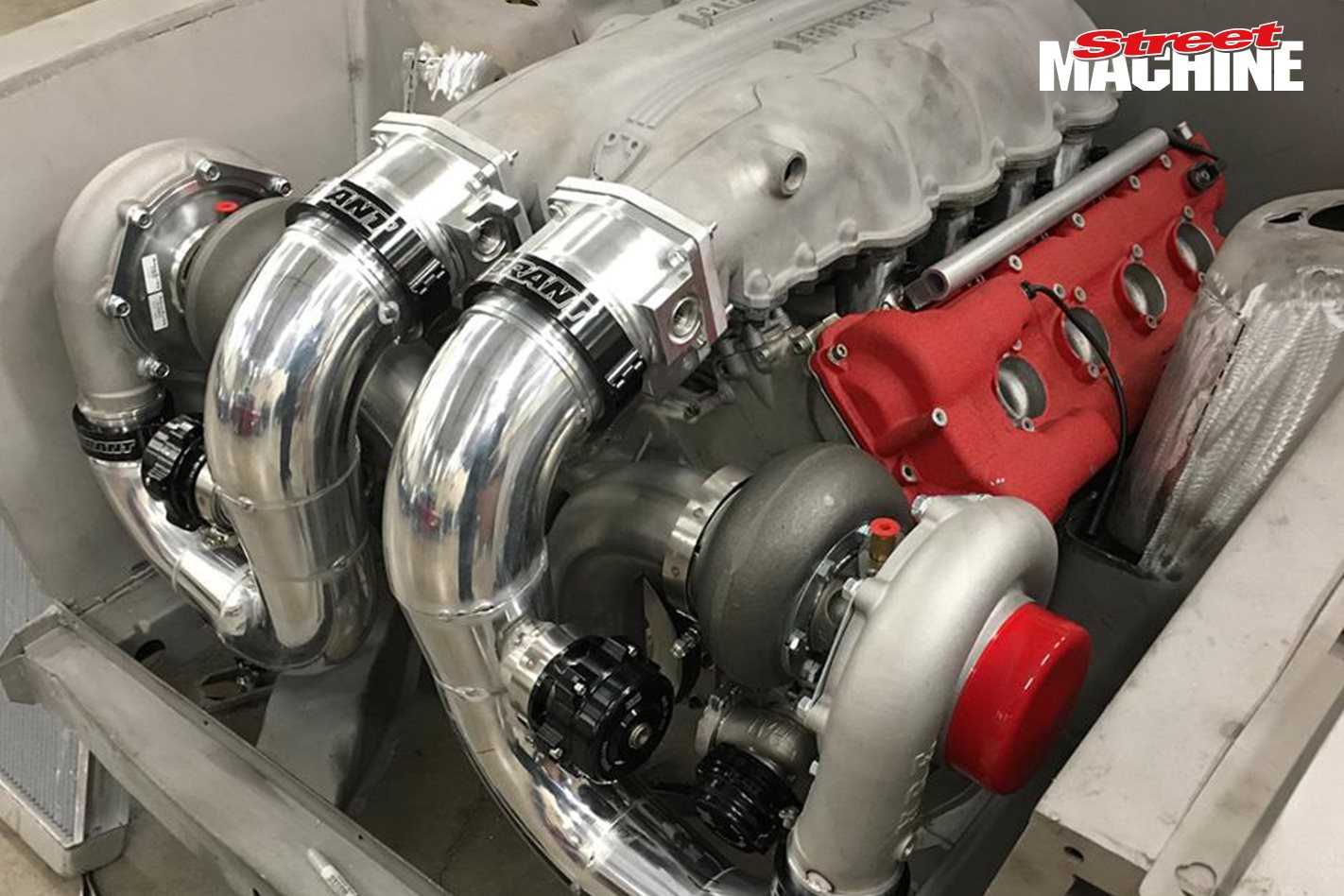 The owner of the car, which is now dubbed ‘Corruptt’, bought it 14 years ago and has since turned it into one of the wildest early Mustangs on earth. It’s a full-blown elite show-car build with all kinds of custom metalwork, including a 2.5-inch roof chop, custom front and rear sheet metal, and much more. They’ve also gone with RideTech coil-over-style air suspension with adjustable ride height and springs rates, and a big set of custom wheels. As it’s still a work in progress, we’re not sure what the interior will look like, but regardless, we think the highlight of this car will always be its engine. 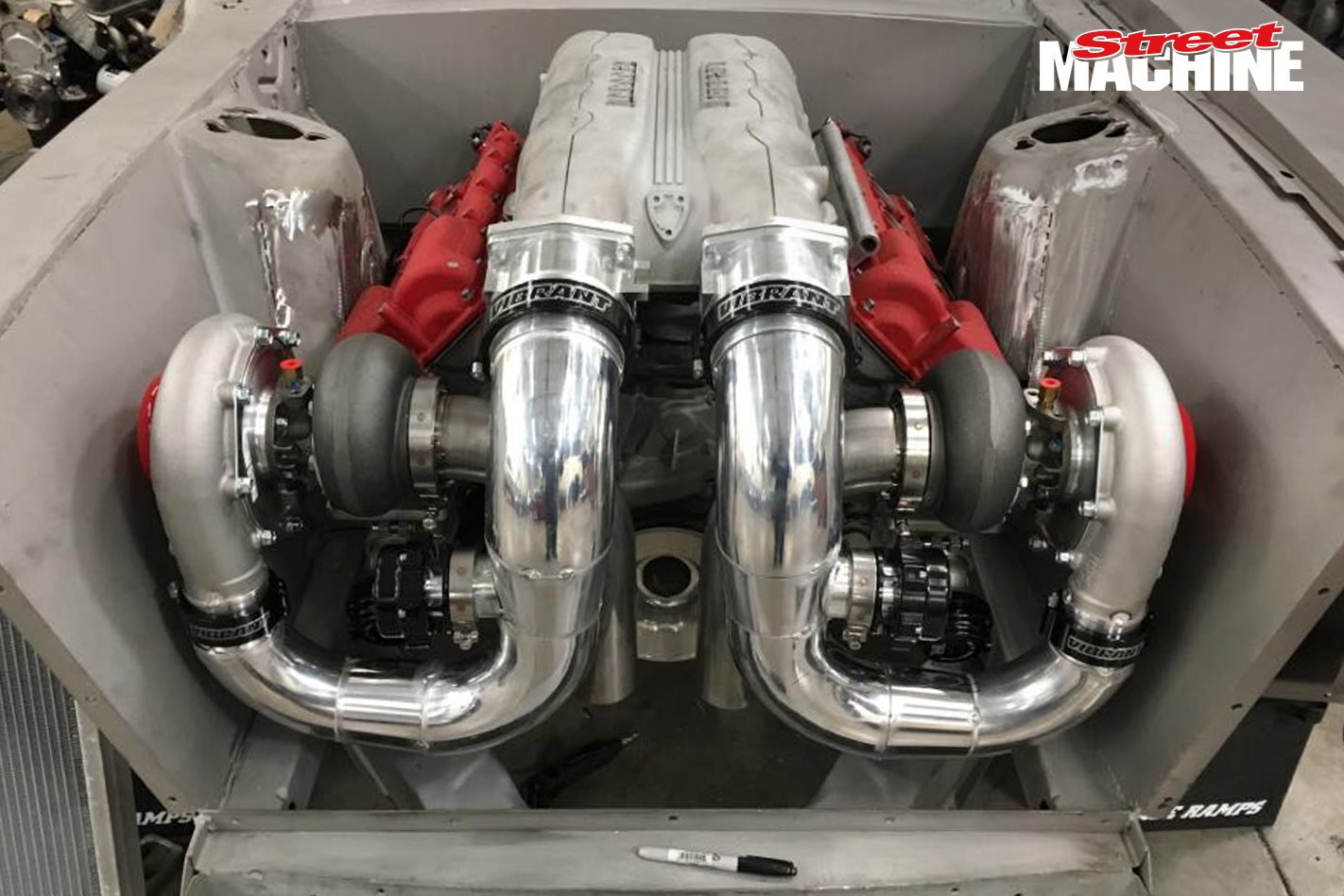 Under the bonnet is a Ferrari F136 4.2-litre, dual-overhead-cam, direct-injection V8 out of a Ferrari California. From the factory in Maranello, Italy, these motors produce 454hp, but the guys have added a pair of Nelson Racing Engines mirror-image turbos and a water/methanol injection system. The standard throttlebodies on the Ferrari intake manifold have been replaced with twin 92mm LS3 units, and the direct injection system has been swapped out for a more conventional Holley fuel rail and injector deal. It’ll all be controlled through an AMP EFI computer. 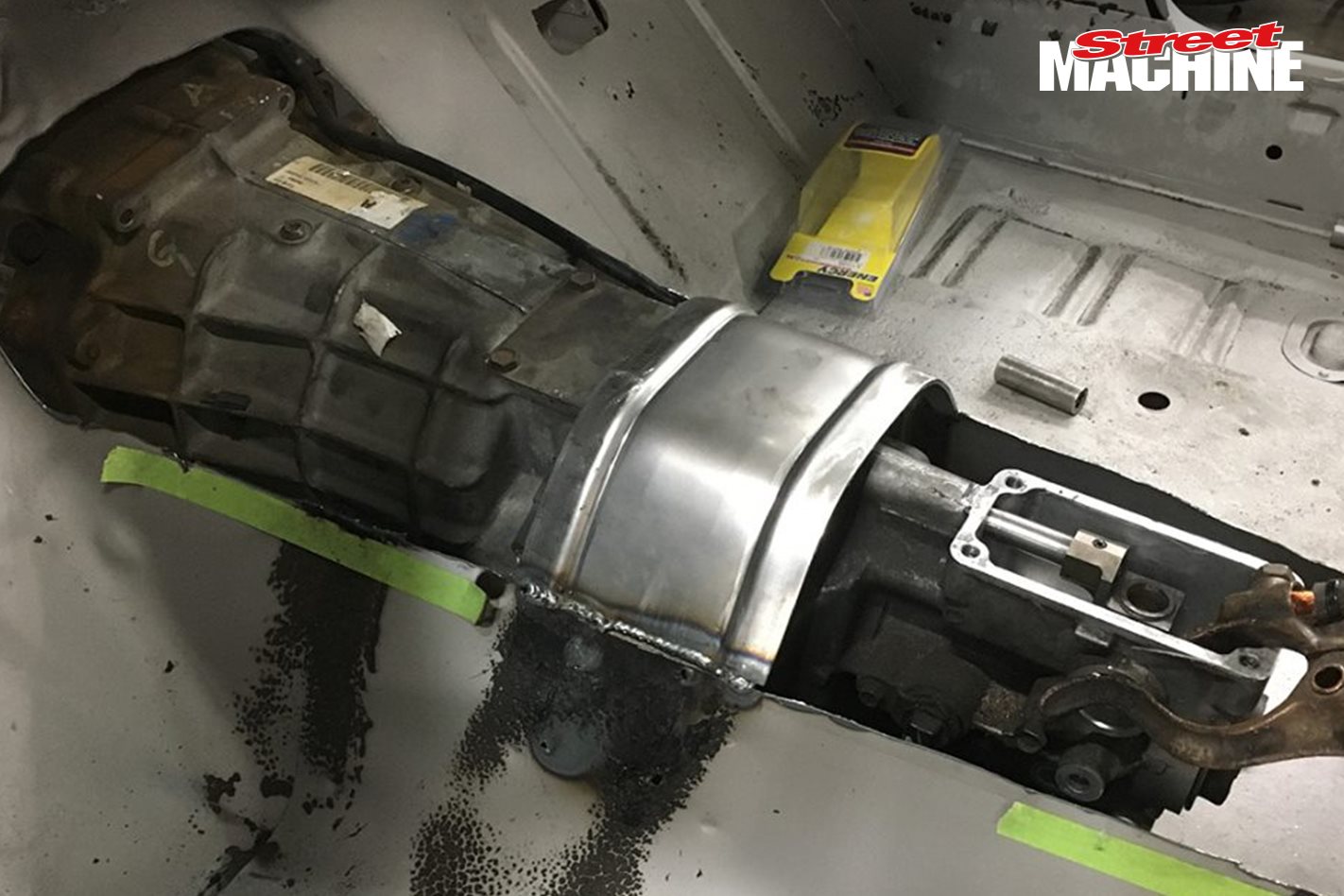 The crazy donk will be backed by a Tremec T56 manual ’box that the guys have designed a custom adapter for from scratch, as T56-into-Ferrari conversions aren’t exactly common. 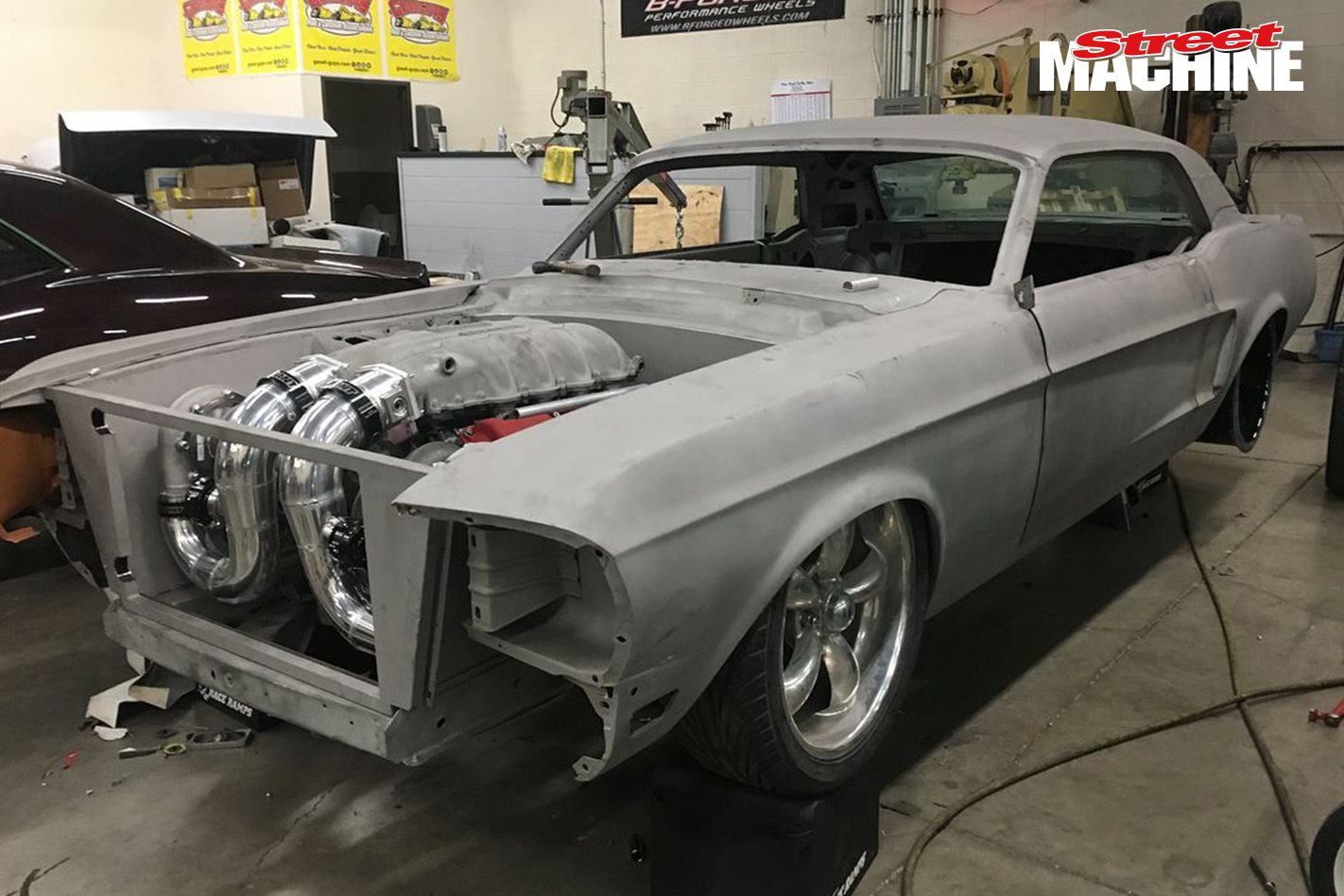 The American Legends crew are nearing the final stages of the mechanical fit-out, with all of the piping and fab work pretty much finished. From here it’ll be stripped bare and painted before it’s finally assembled and ready to party. Sounds simple, but it’s bound to be at least a year before we see the finished car on a show stand. To follow the build, check out the Corruptt Facebook page. 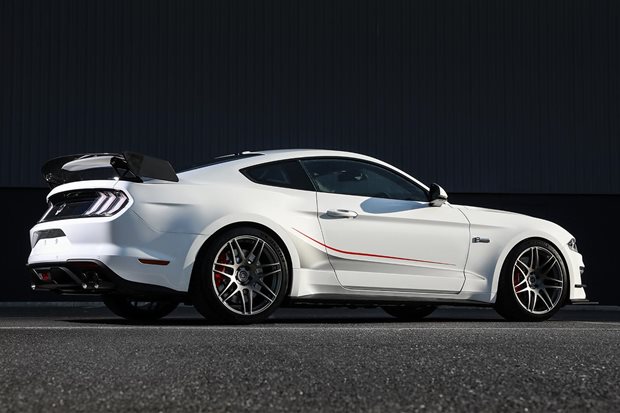