THIS year’s huge SEMA automotive trade show in Las Vegas was jam-packed with bonkers rides, so when we came across what looked like an ordinary 1970 Mustang in the Toyo Treadpass hall, we got the distinct feeling that all was not as it seemed. 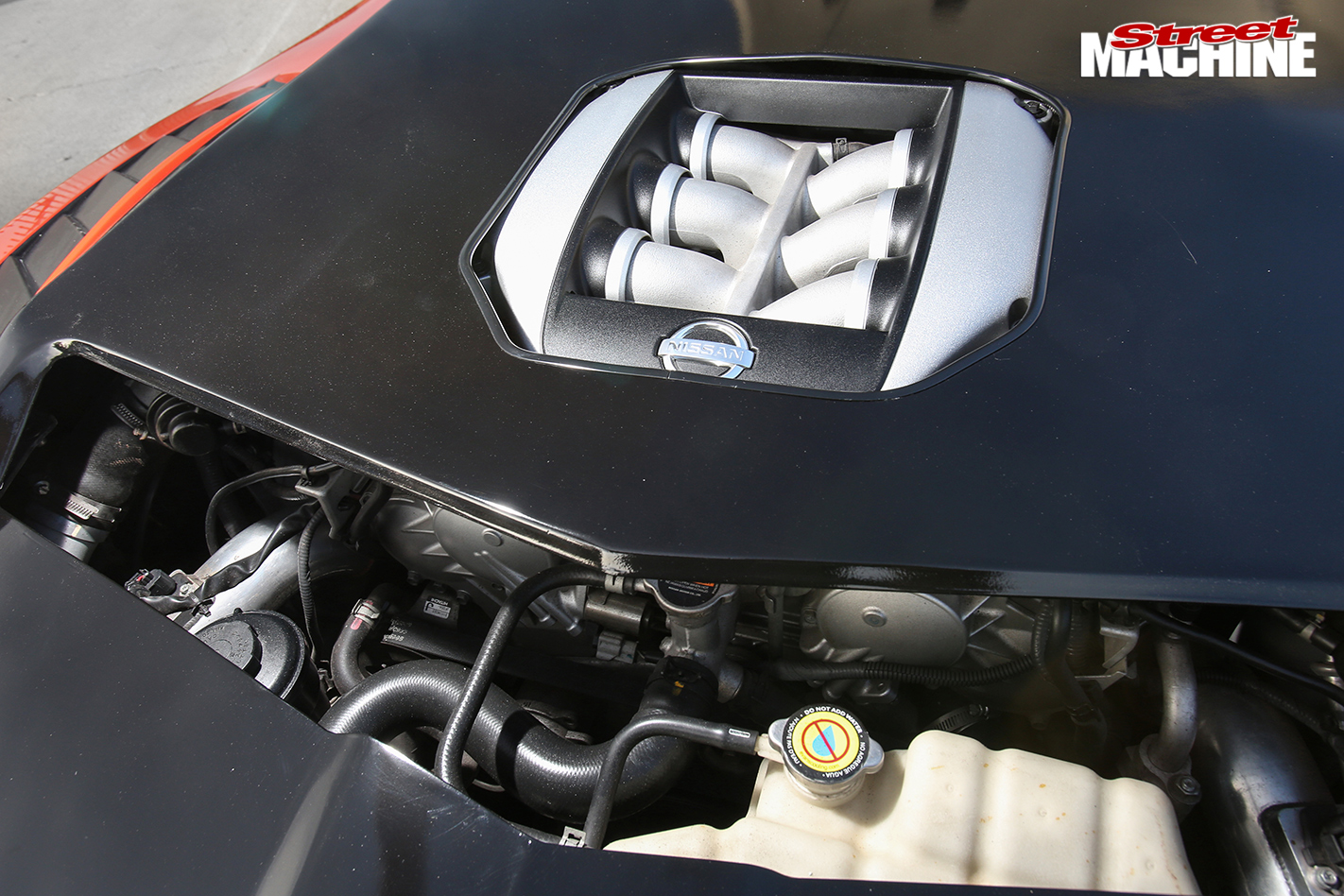 Sure enough, it turns out that only sections of the Mustang’s shell are actually from Henry – the chassis and complete drivetrain are from a Nissan GT-R, including the all-wheel-drive system and twin-turbo VR38DETT V6! 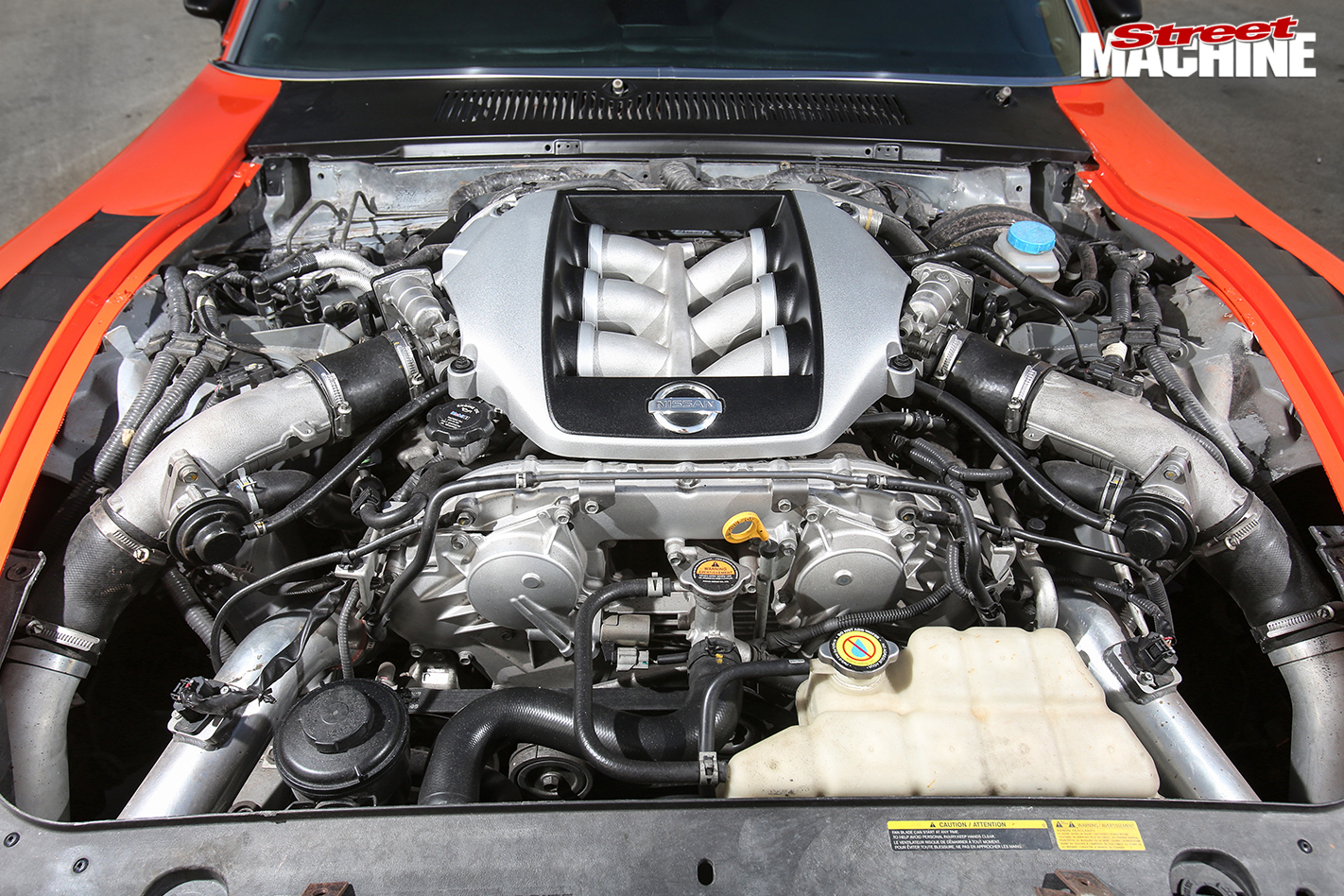 Dubbed Muzilla – appropriate given it now speaks Japanese – the car has been a labour of love for owner Jerry Fan, who loved the classic lines of his Mustang but felt the innards needed a modern upgrade so the car could hold its own on the race track. 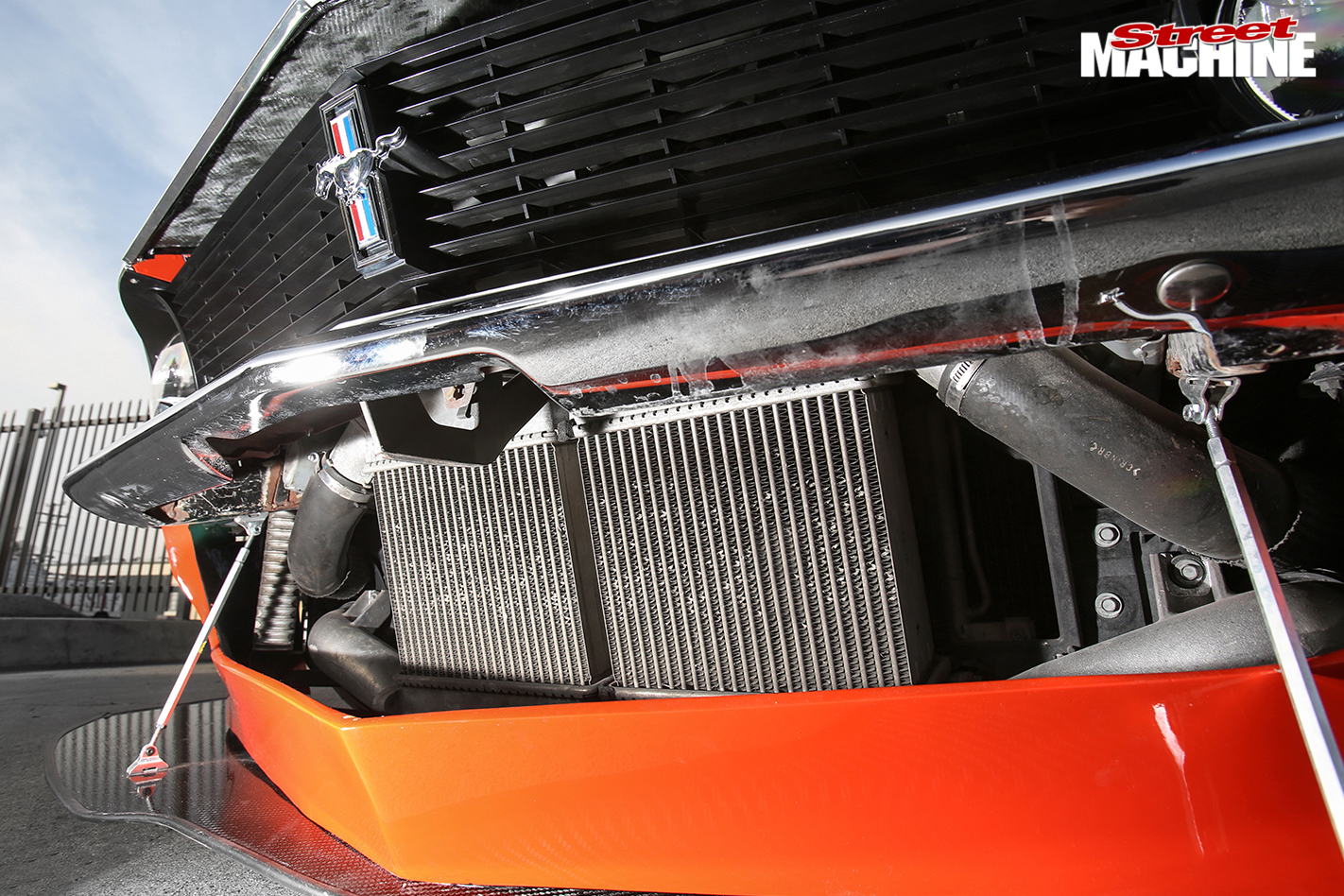 We can already hear Blue Oval fanatics sharpening their poison pens, but as you’ll see in this video, Jerry thought long and hard before going with the Nissan overhaul, and given the GT-R and ’70 ’Stang have almost exactly the same wheelbase, combining the two isn’t quite as crazy as it sounds. 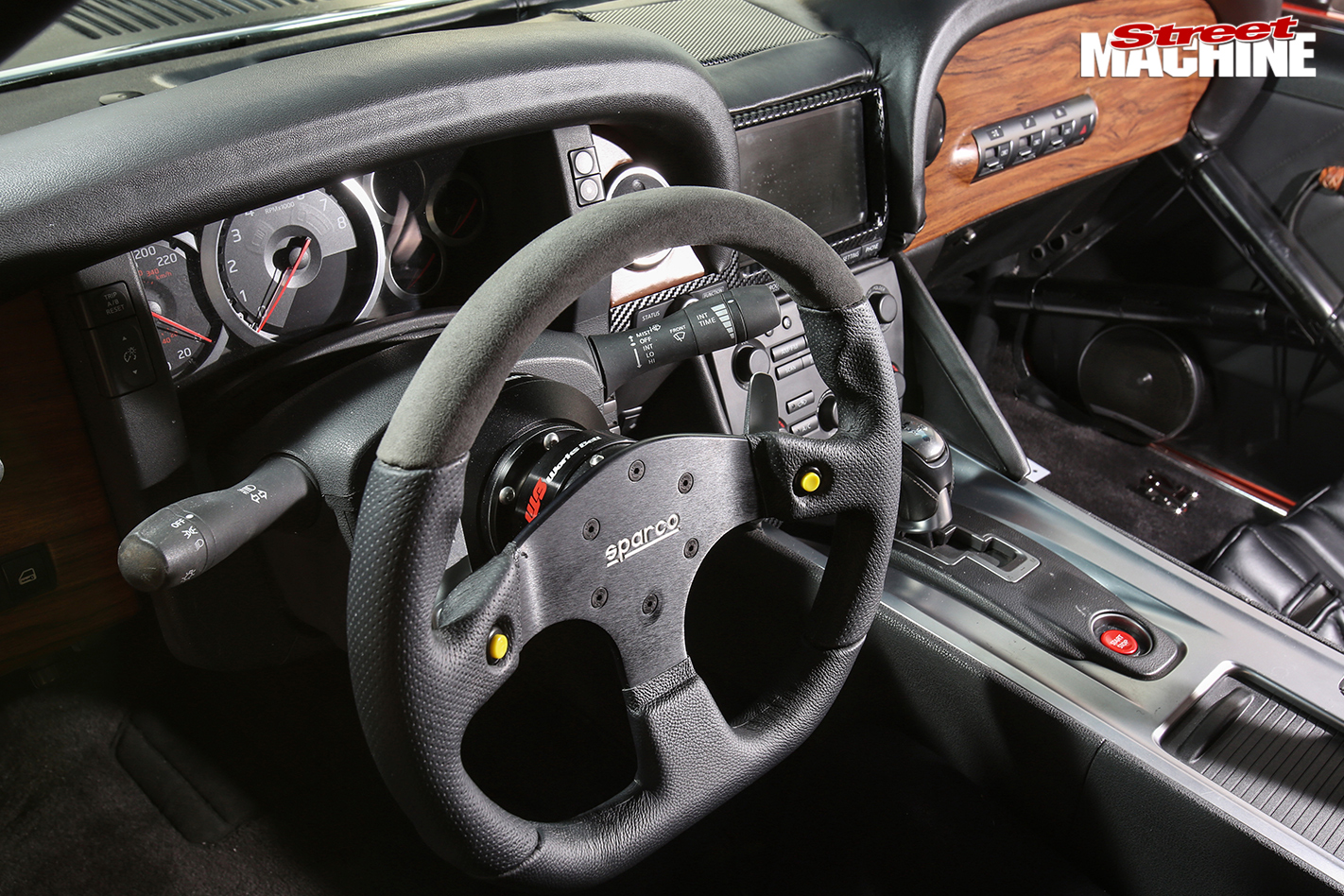 Check out the vid where Jerry explains how he managed to drop the classic pony car shell over the modern Nissan chassis and driveline. 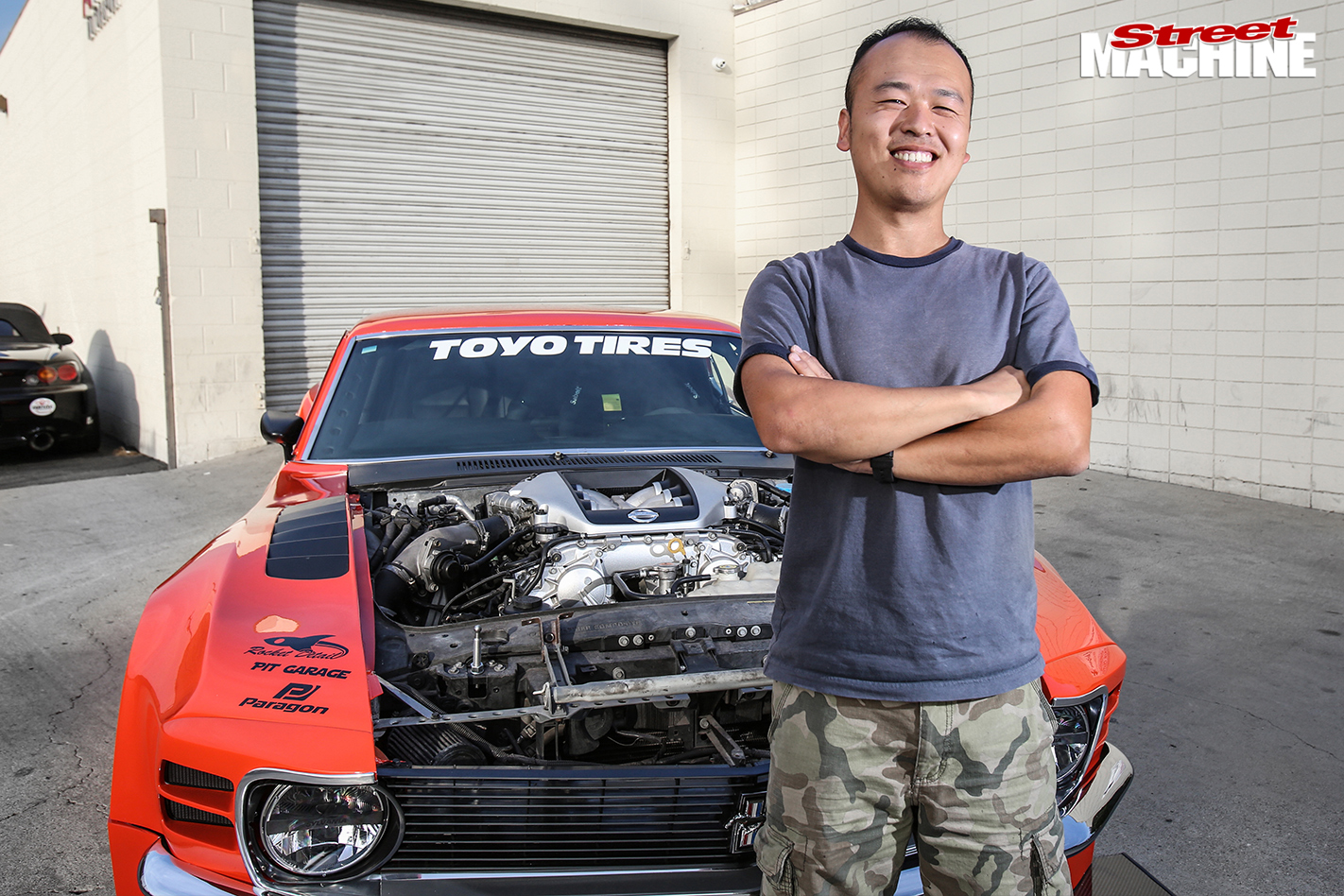