When it comes to chasing top secret planes, the United States Air Force has a long history of relying on souped-up muscle cars

YESTERDAY we looked at the role Pontiac G8 GTs are playing for the United States Air Force, helping U-2 spy plane missions out of Korea get off and back onto terra firma. And since the U-2 has been flying since 1955, we started to wonder what other cars the USAF has used for the purpose. 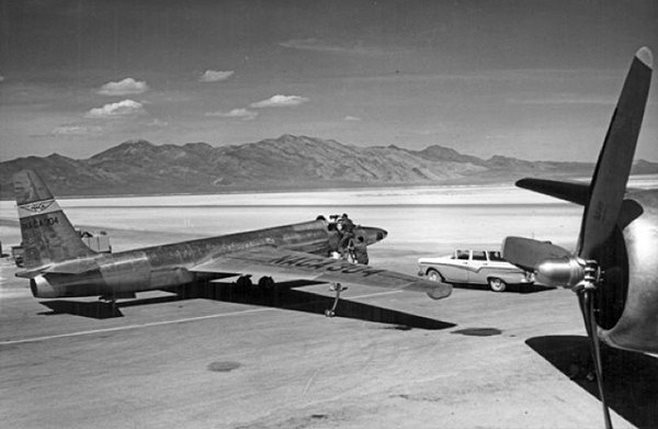 The first cars to serve this duty were souped-up 50s Ford station wagons, followed by ‘60s El Caminos. The latter proved to be an excellent choice, especially when 375hp big block 396cui SS versions popped up in the mid-60s. Better was to come in 1970 with the potent 450hp SS454 LS6 option, which could be ordered in drab olive green direct from Chevy’s COPO office that handled government-order vehicles. 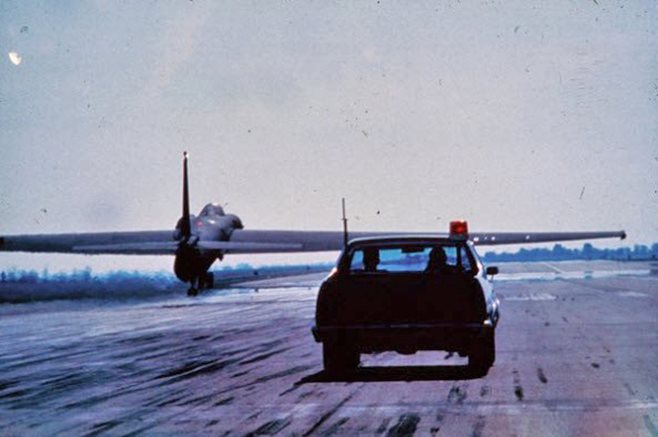 Everything changed in 1986, however. Despite more than 20 years of faithful service, the El Caminos were replaced by 5.0-litre Mustangs almost overnight. This radical change came after the USAF tested one of the California Highway Patrol’s potent new V8 Special Service Package (SSP) chase cars. 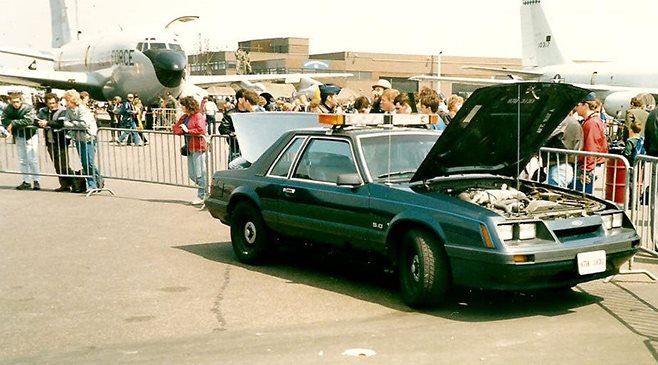 The SSP was a lightweight, high-horsepower version of the Fox Body Mustang with beefed-up suspension, alternator, 140mph speedo and extra oil coolers to handle police work. The USAF ordered 20 in drab blue after being so impressed with the highway patrol-spec unit they tested. 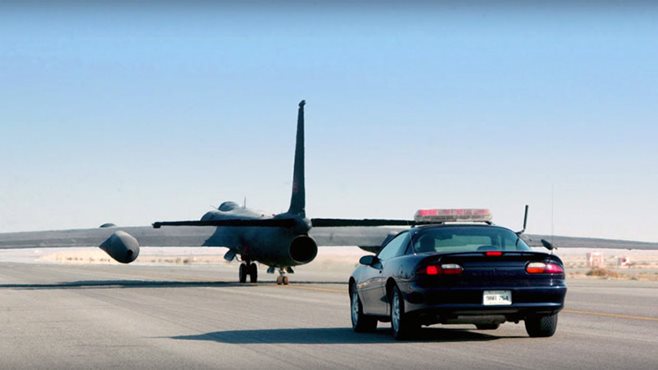 By the late 90s the Mustangs were replaced by the new F-body Chev Camaro Z28s in B4C-spec. This government-only option basically combined all the heavy duty, high-performance parts from the Z28 and 1LE options to create a robust, fast car that was also a genuine sleeper. The USAF also tried out a couple of C5-generation Corvettes but generally favoured muscle cars over America’s sports car. 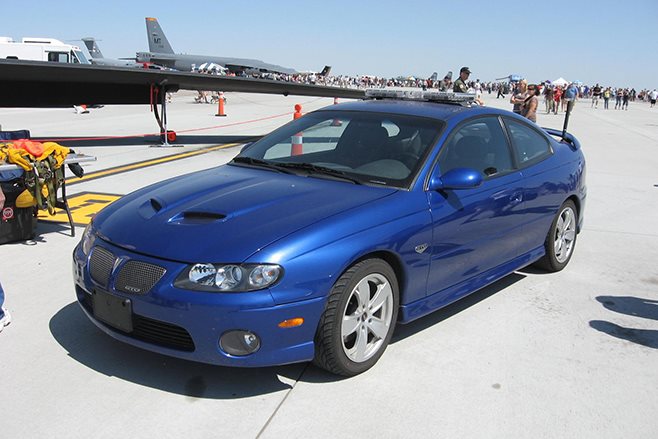 The B4C Camaros were replaced by the then-new Pontiac GTO (nee: Aussie Monaro), with more modern suspension and a stout 6-litre LS power plant under the bonnet. While there are still GTOs running around airfields they have largely been replaced by later model Pontiac G8 GTs, or VE SS-V Commodores as we know them Down Under, which are now being phased out in favour of fifth- and sixth-generation Camaros.

Of course, these chase cars weren’t left alone and most cars ended up sporting healthy upgrades to their engine and suspension to help get up to 160mph (260km/h) in the shortest possible time, when chasing the U-2 down the runway.