MARK Allen’s LC sedan might look like it just left the bowling club, but there’s a tough Holden 355 stroker under the hood and it’s already run into the 12s. 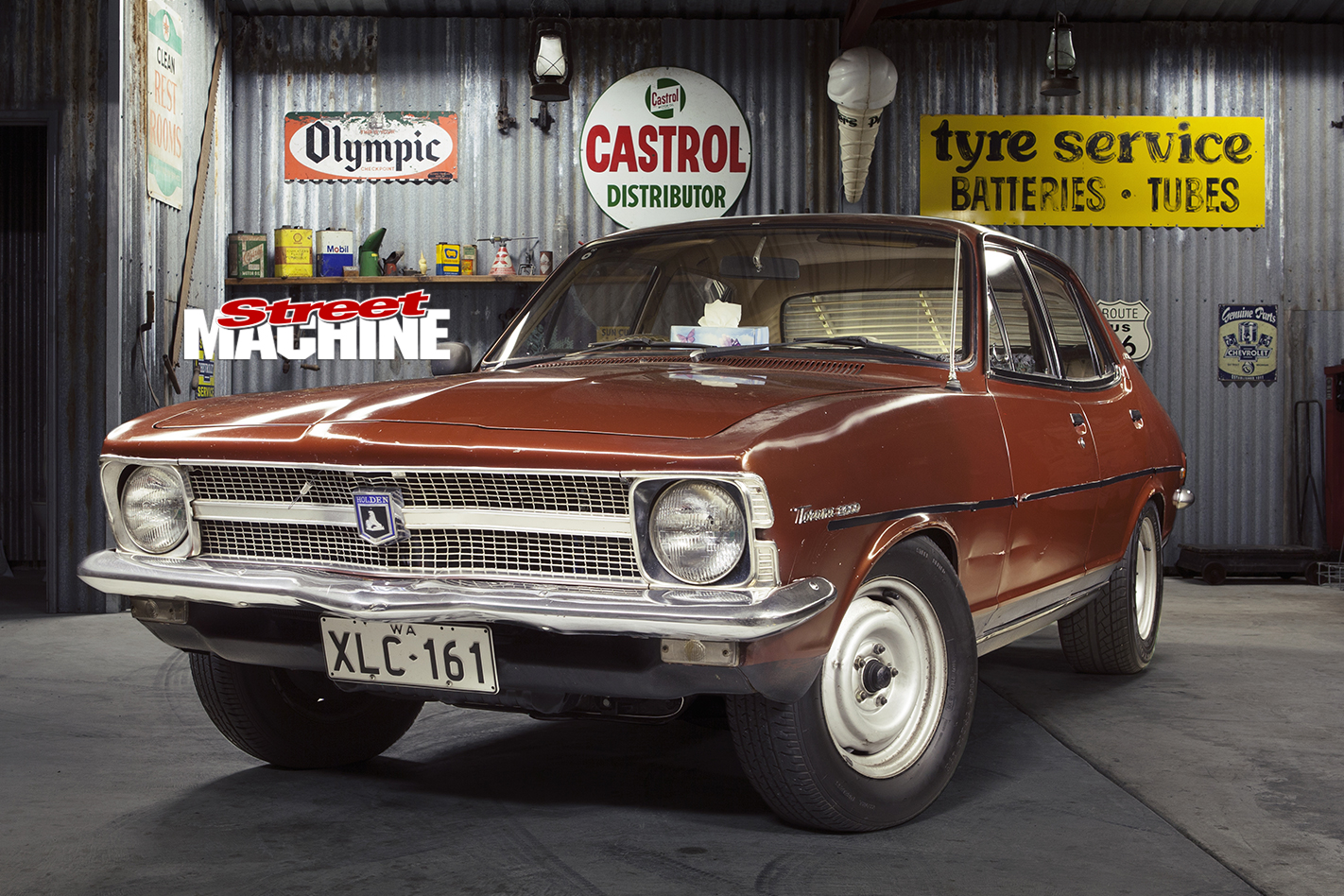 When Mark got hold of the unassuming more-door, it had already been converted to a Holden V8 with a Trimatic and a nine-inch out back. But about a month into his ownership the converter shat itself, so Mark figured he’d check out the rest of the motor. 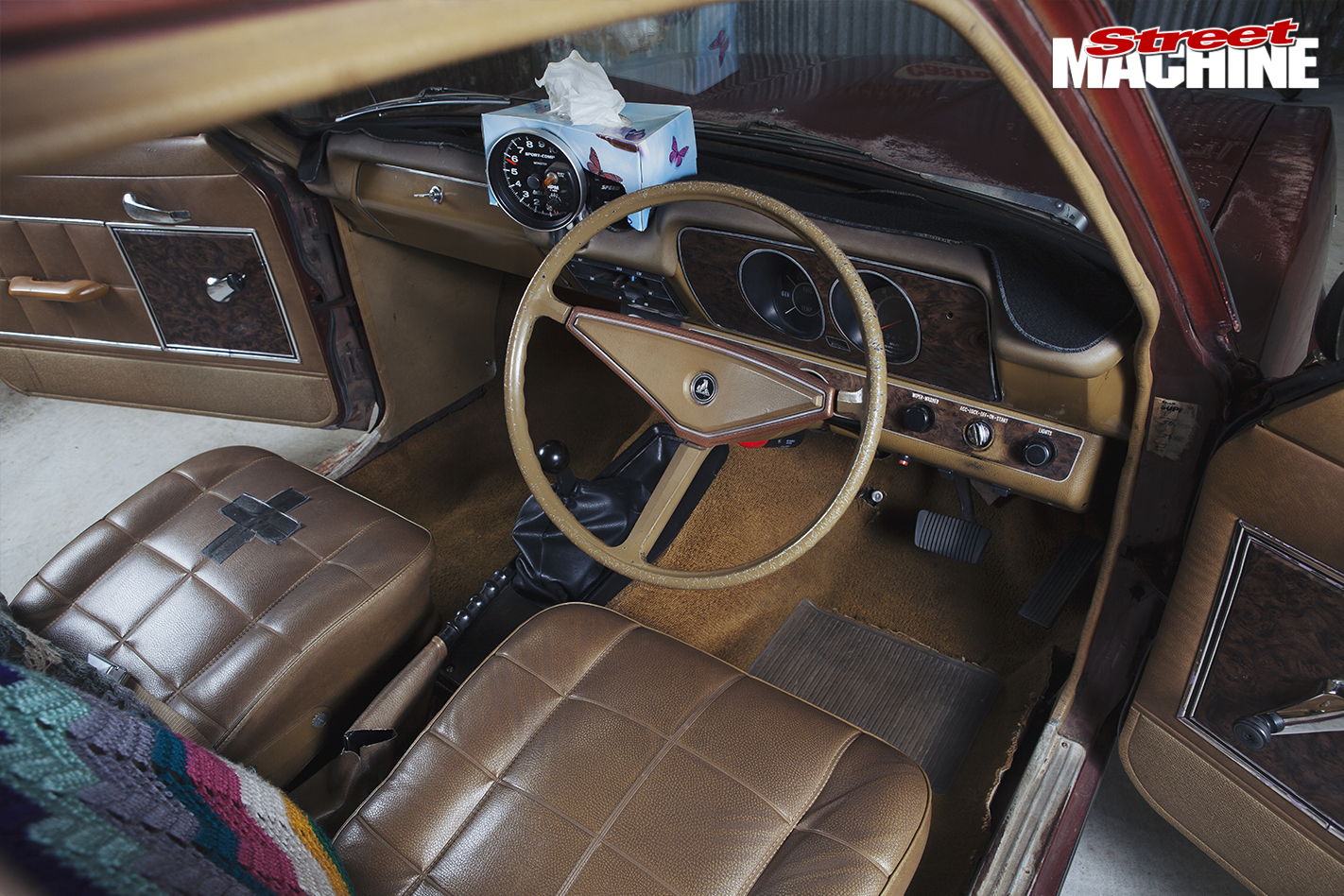 “The bearings were knackered and that was just the start of it,” he says. “Pretty much everything we looked at was stuffed, so I figured we’d tidy a few things up.” 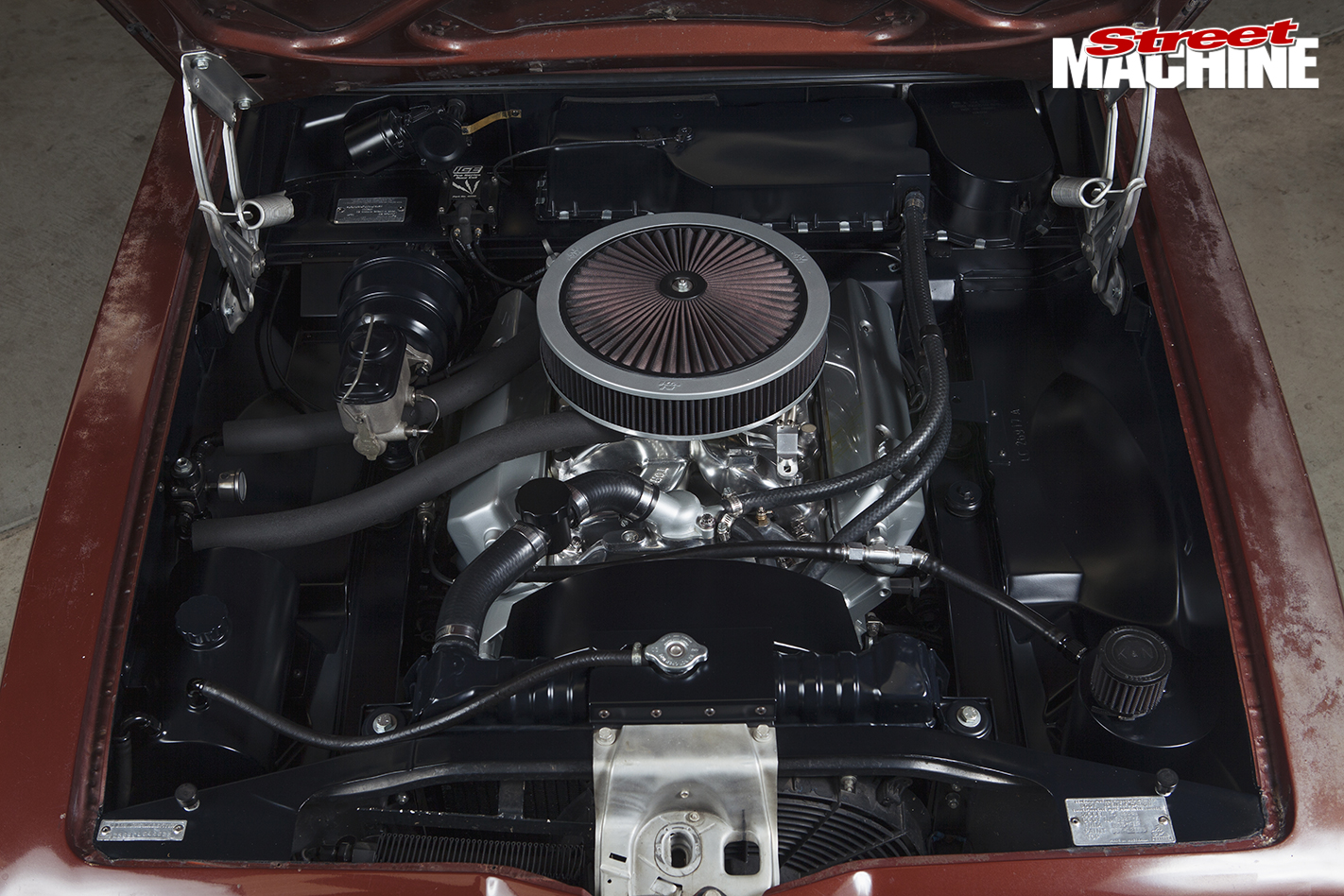 In Mark’s book, “tidying a few things up” doesn’t involve a rattle can and five litres of oil. The engine was given a complete makeover by Mick Fernihough and a little bit more horsepower was thrown at it. The crank got stroked out to make it a 355 and a new high-rise Torque Power intake went on, but as Mark didn’t want anything hanging out of the bonnet, it involved a fair bit of trickery to make it all fit. 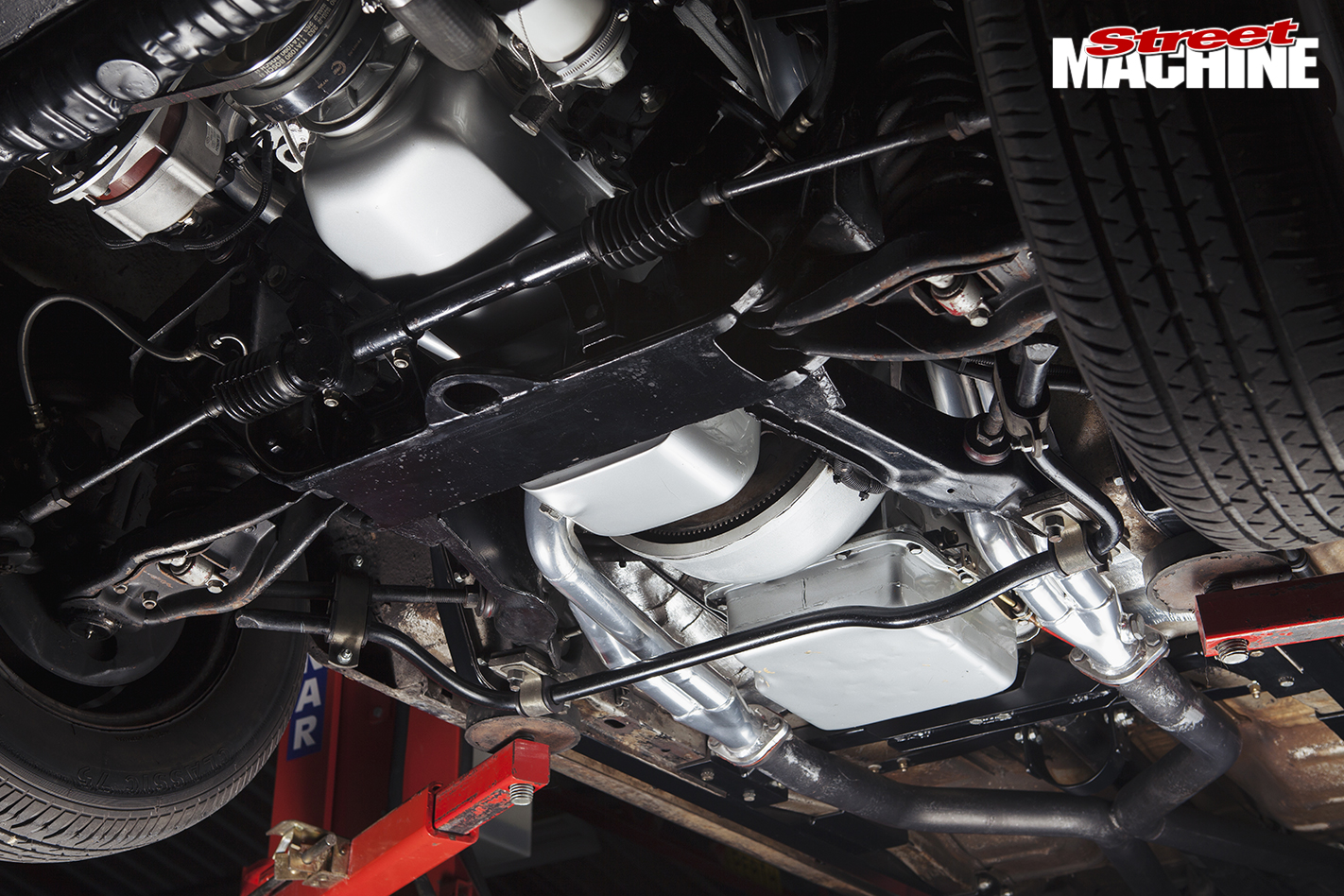 “I took some meat out of the crossmember so the motor could go lower and modified the transmission mount too,” he says. “The headers are from CRS, but I had to modify two pipes on the passenger side and all four pipes on the driver’s side, because I’d dropped the motor down. I made my own chassis kit too, but I didn’t check if the body was twisted. If it was, it’s staying twisted now!” 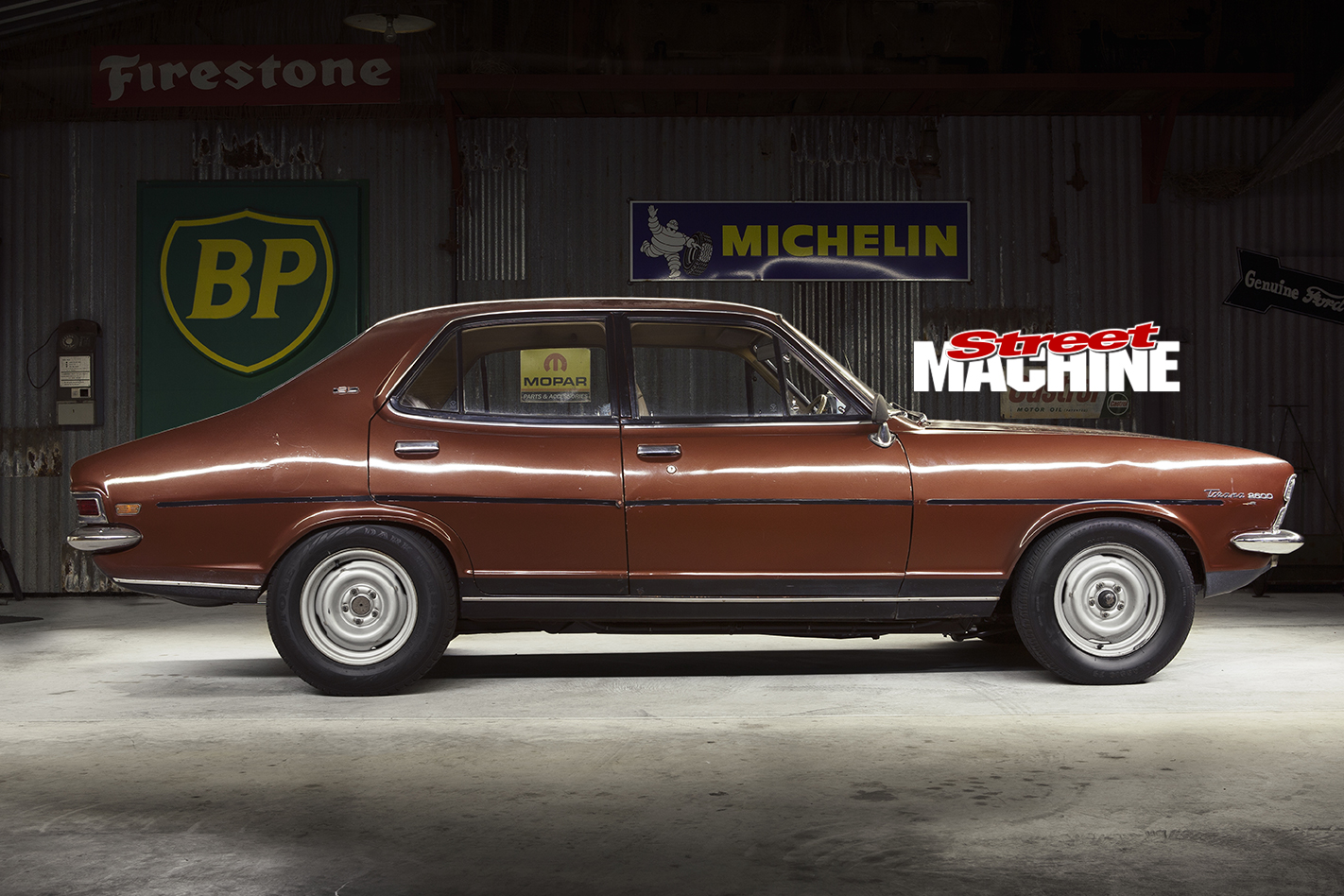 It’s been built primarily as a street cruiser, so it’s only got a mild hydraulic cam, 2800 stall, and 3.25 gears in the Phil Purser-prepped nine-inch, but it’s still managed a very slippery 12.2 on the Roadstone radials you see in the pics. “There were a few guys with HSVs that were very unimpressed that night about getting hosed by a shitty brown Torana,” Mark jokes. He reckons with a bit of fiddling and some traction, the car will get into the 11s without a drama. 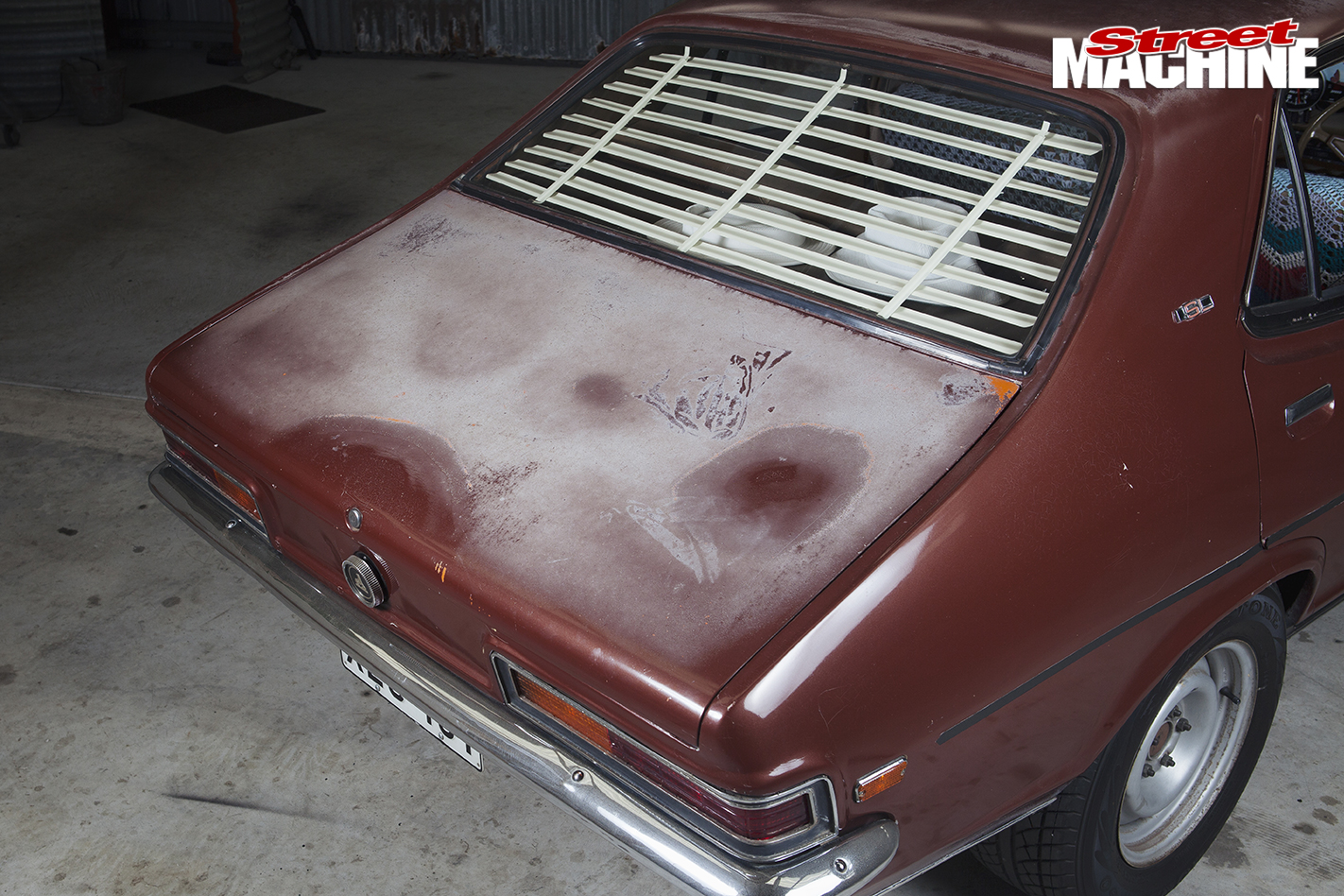 If you’re wondering when he’s going to paint it, don’t lose any sleep over it. “Some old bloke told me he knew how to get all the white stuff off the paint. I said: ‘Don’t you know how long it took to make it look that shitty?’” 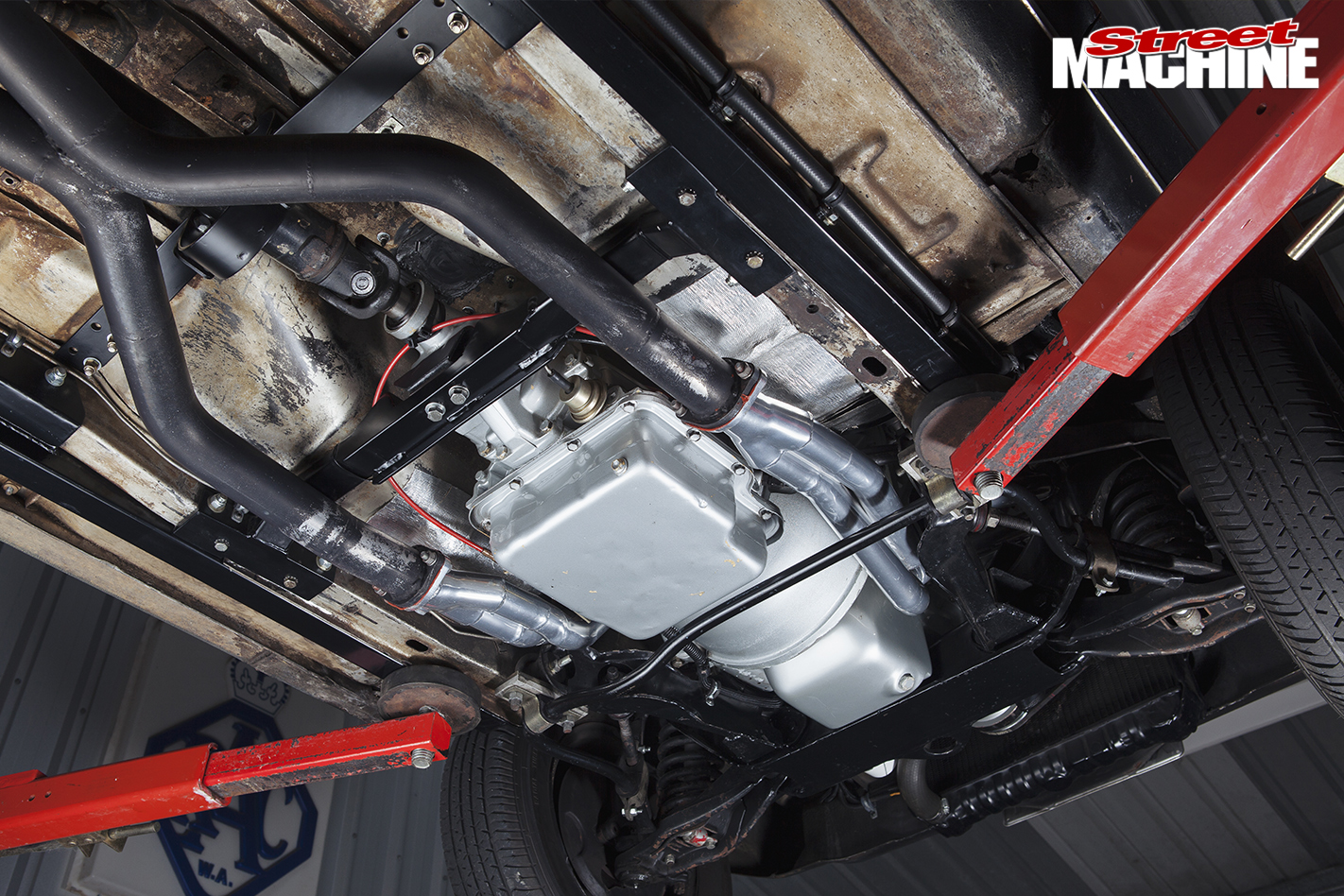 Besides, Mark’s quite happy to have a car that he can park anywhere and not worry about it. After all, he’s spent the past few years working on Chris Bitmead’s Ridler contender, and has a pretty nice Willys coupe in the shed as well (SM, Mar ’02). “I re-do the pinstriping every now and then,” he says. “It’s just electrical tape.” 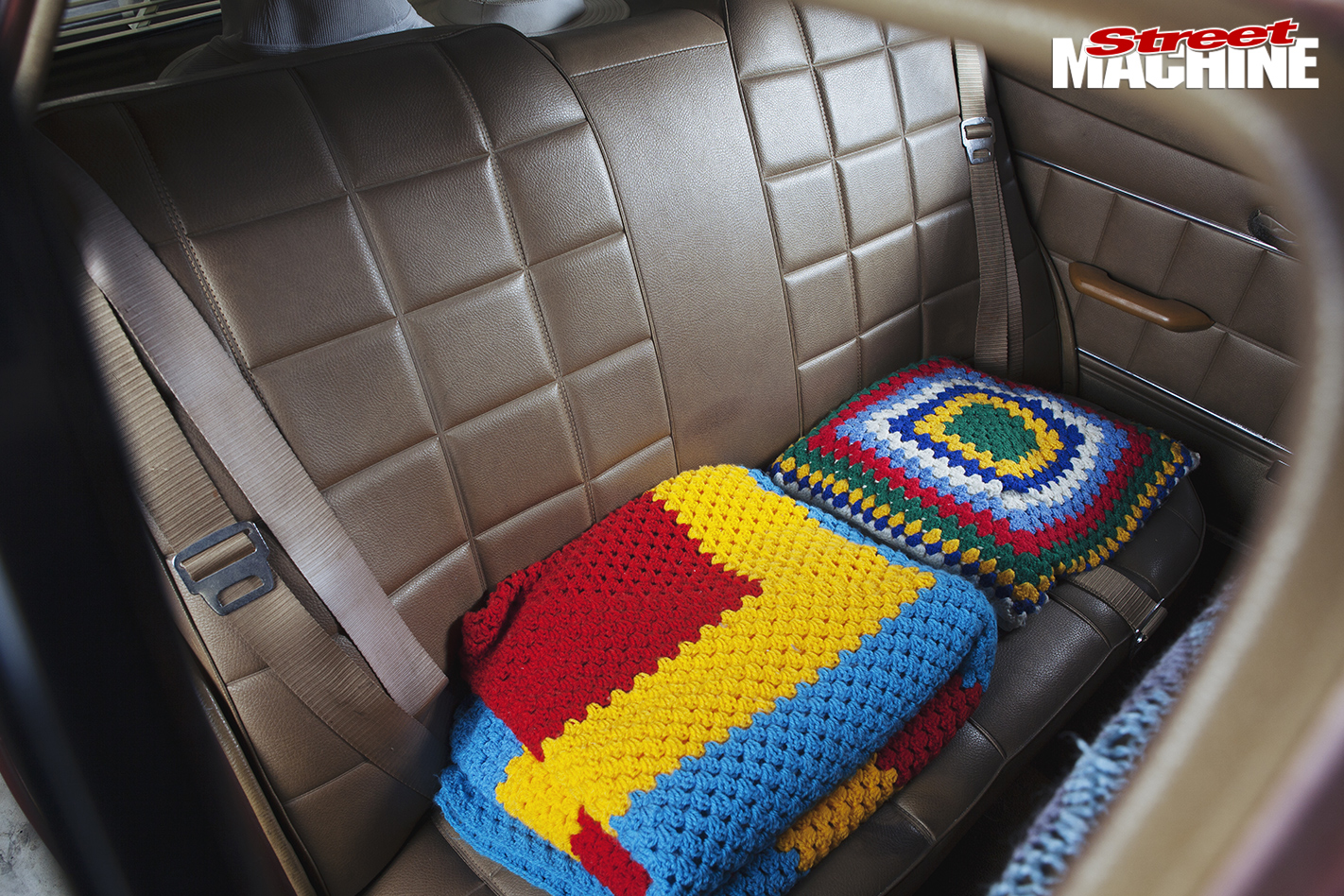 Yep, it’s low on the maintenance, low on the radar and high on the fun factor – the perfect little sleeper. 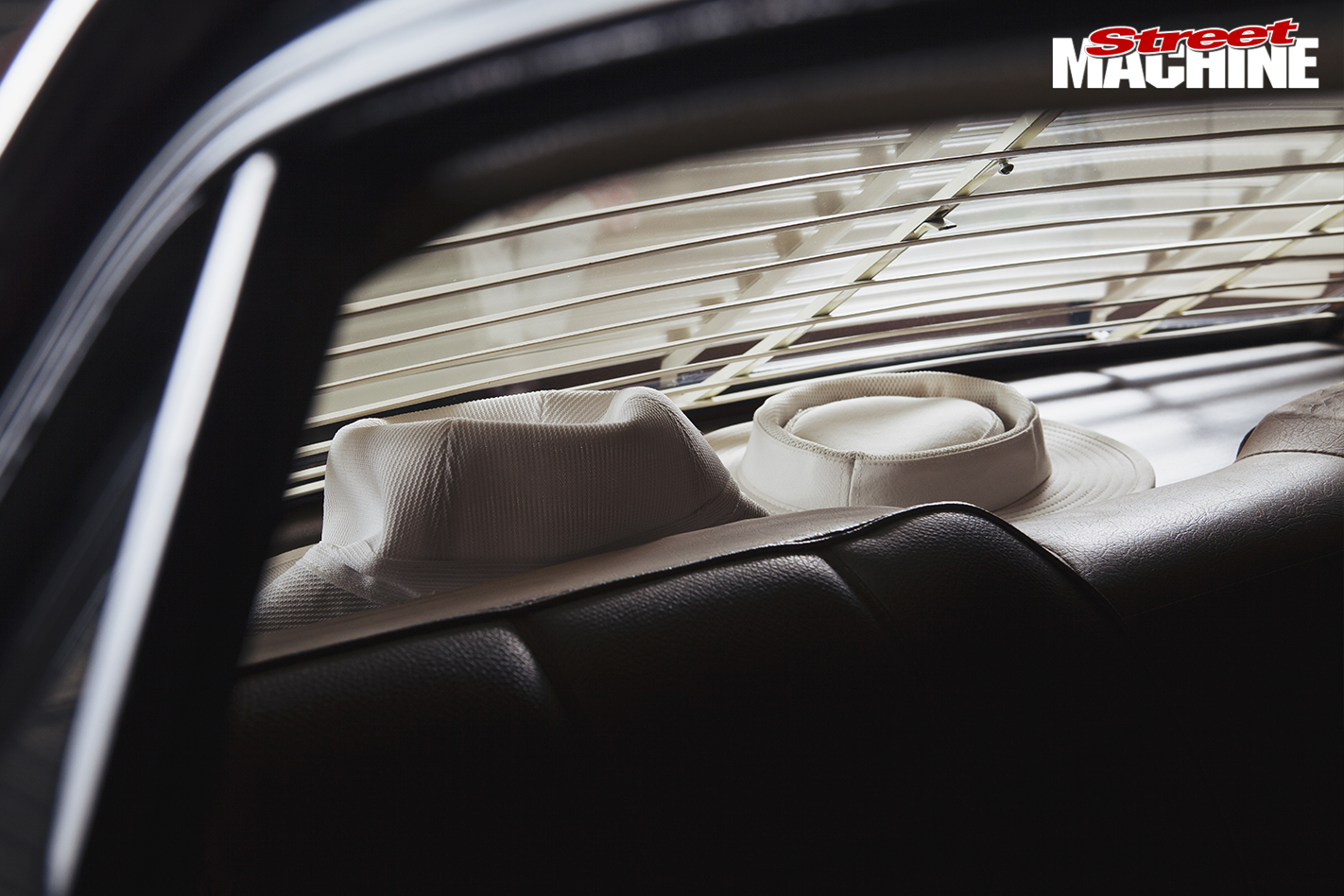