IT’S pretty much a sure thing that when you tuck into a 60s, 70s or 80s movie it’ll yield a swag of cool rides to feast your eyes on. Even a bad flick can be brimming with cars, trucks and motorbikes in the background, even the most uninspiring of which would be deemed cool nowadays. It’s even better when the movie is an absolute ripper, as is the case with the 1980 action-comedy, Used Cars. 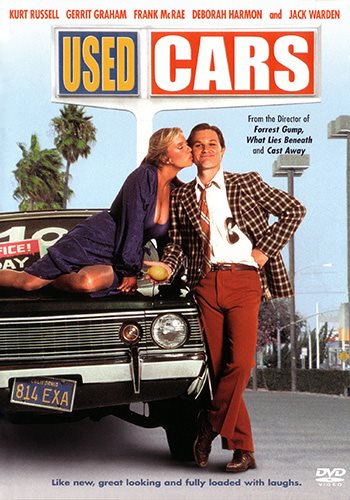 Rudy Russo (Russell) is the selfish lead used-car salesman at New Deal Motors, who dreams of spreading his inherent dodginess to the big-time world of politics by standing as the next local senator. With backroom deals and political corruption rife, his candidacy is a shoo-in if he can generate enough
funds to seal the deal.

His boss Luke Fuchs and Luke’s twin brother Roy (both played to a T by Jack Warden) run opposing used car yards on the same dealer strip, both facing an uncertain future with one set to be chosen for resumption to make way for a new freeway off-ramp.

There is no love lost between the brothers, and this deep-seated hatred sees Roy greasing palms of his own in an effort to ensure his glamour car lot is saved while his brother’s backyard operation unceremoniously goes under. 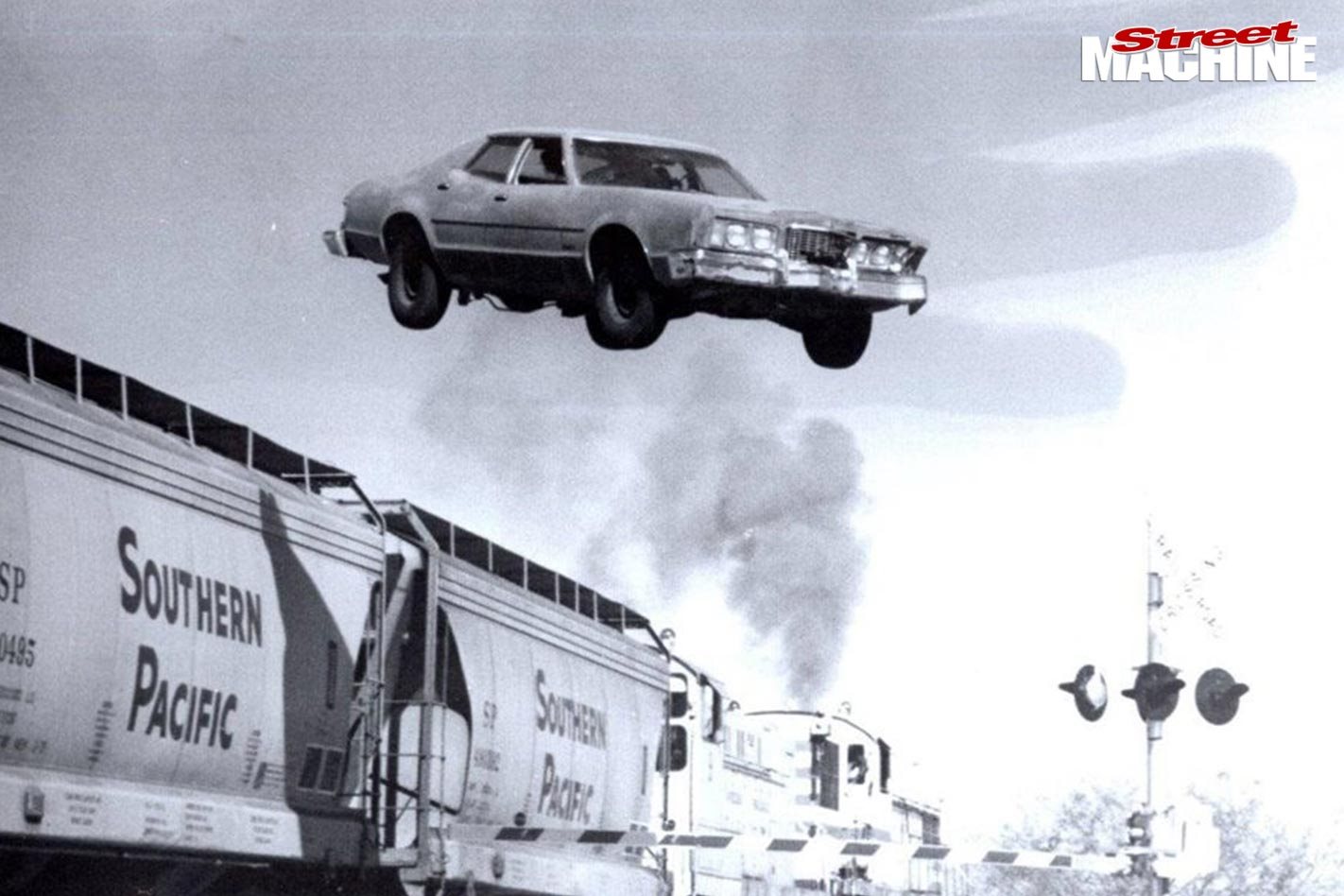 When Luke’s dodgy ticker sees him check out early, Roy is immediately in line to inherit Luke’s yard and solve his land issues. But the closure of Luke’s yard would also leave Rudy out of a job, out of pocket and $10K short of his political buy-in before his party deadline, so he and fellow car yard shonky Jeff (Graham) and dodgy mechanic Jim (McRae) hatch a plan to keep Luke appearing alive and well so the yard can stay open for business.

Midnight shenanigans and dodgy advertising hook-ups using the electronic skills of lunatics Freddie (Lander) and Eddie (McKean) – best remembered as Lenny and Squiggy from Laverne & Shirley – see Rudy beating Roy at his own game and on track to join Congress. 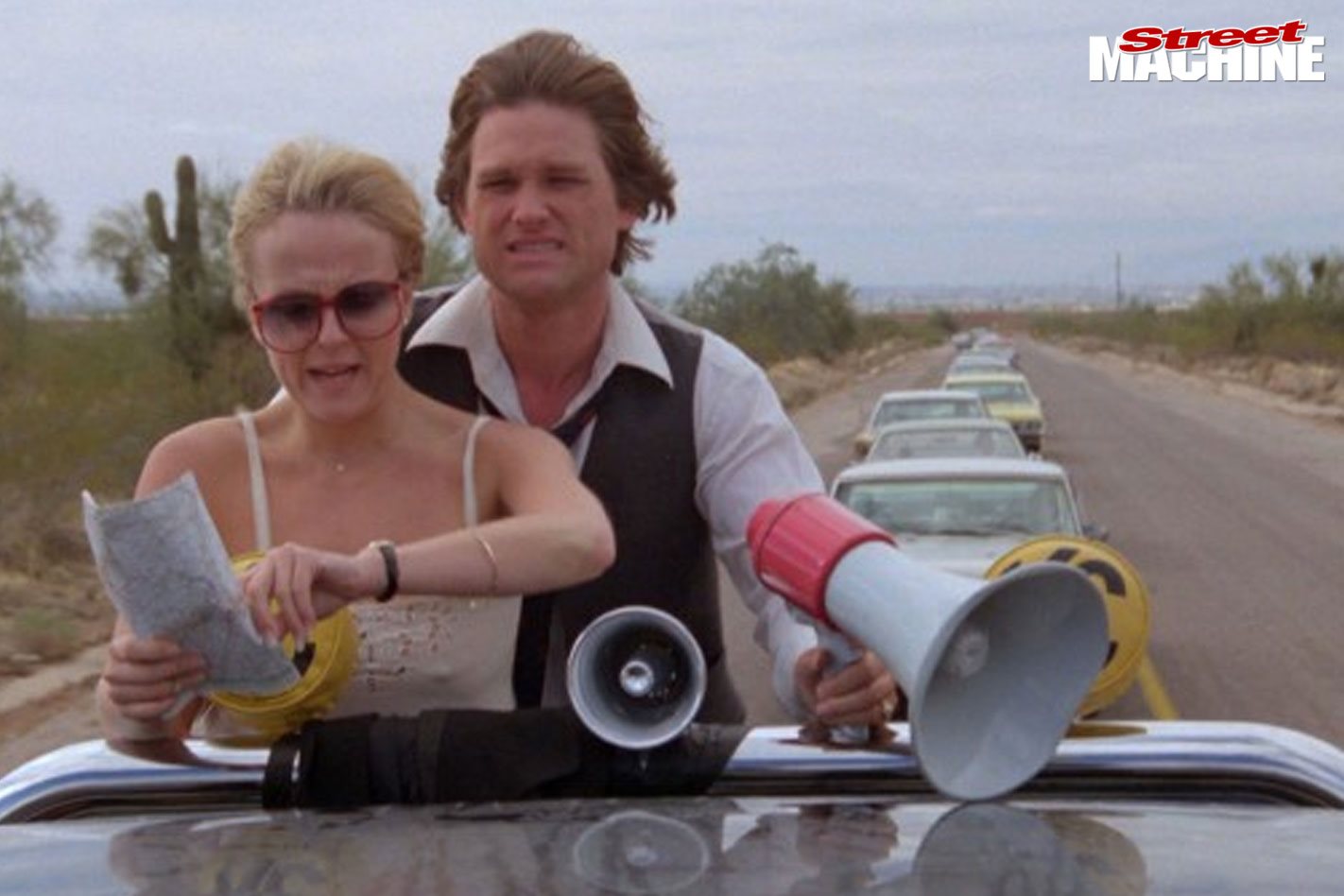 But the arrival of Luke’s estranged daughter, Barbara (Harmon), throws a serious spanner in the works, with Rudy falling for her girl-next-door charms. After Roy tries to smear Barbara with trumped-up charges, Rudy must decide between helping her with the most grandiose of schemes or his own plans for a rich future.

I’VE loved Used Cars for nearly 40 years; it offers a perfect blend of action, laughs and innocence. Kurt Russell is hilarious as the narcissistic yet compassionate Rudy, but it’s the performances of Gerrit Graham as the superstitious nutter Jeff and Frank McRae as the foul-mouthed mechanic Jim that add so much depth to Russell’s character and help make it one of his most lauded roles to date. The car action comes thick and fast, and keen-eyed trainspotters will spy a number of jacked-up, sidepiped, slot mag-equipped 70s street machines playing their part in the action finale. 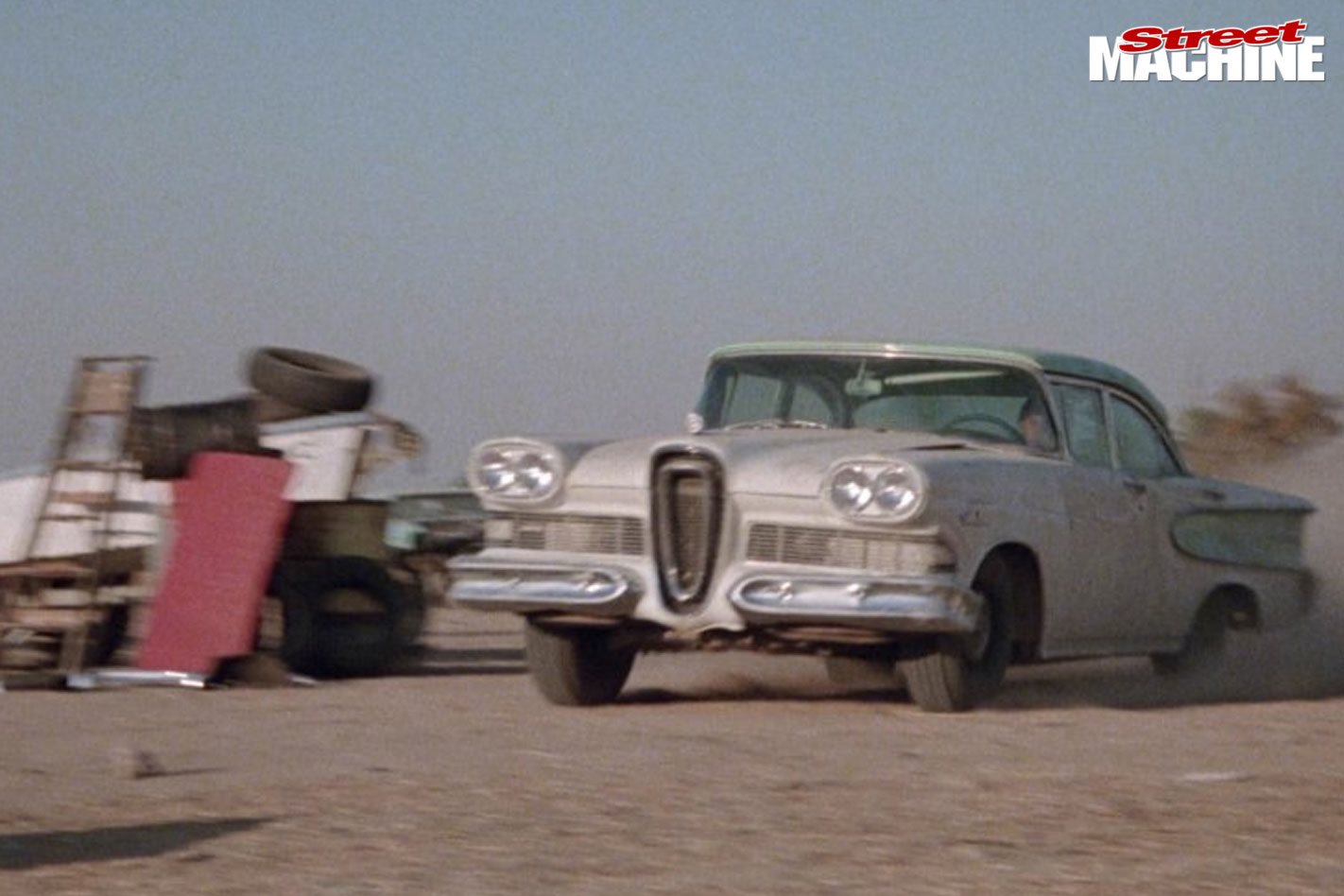 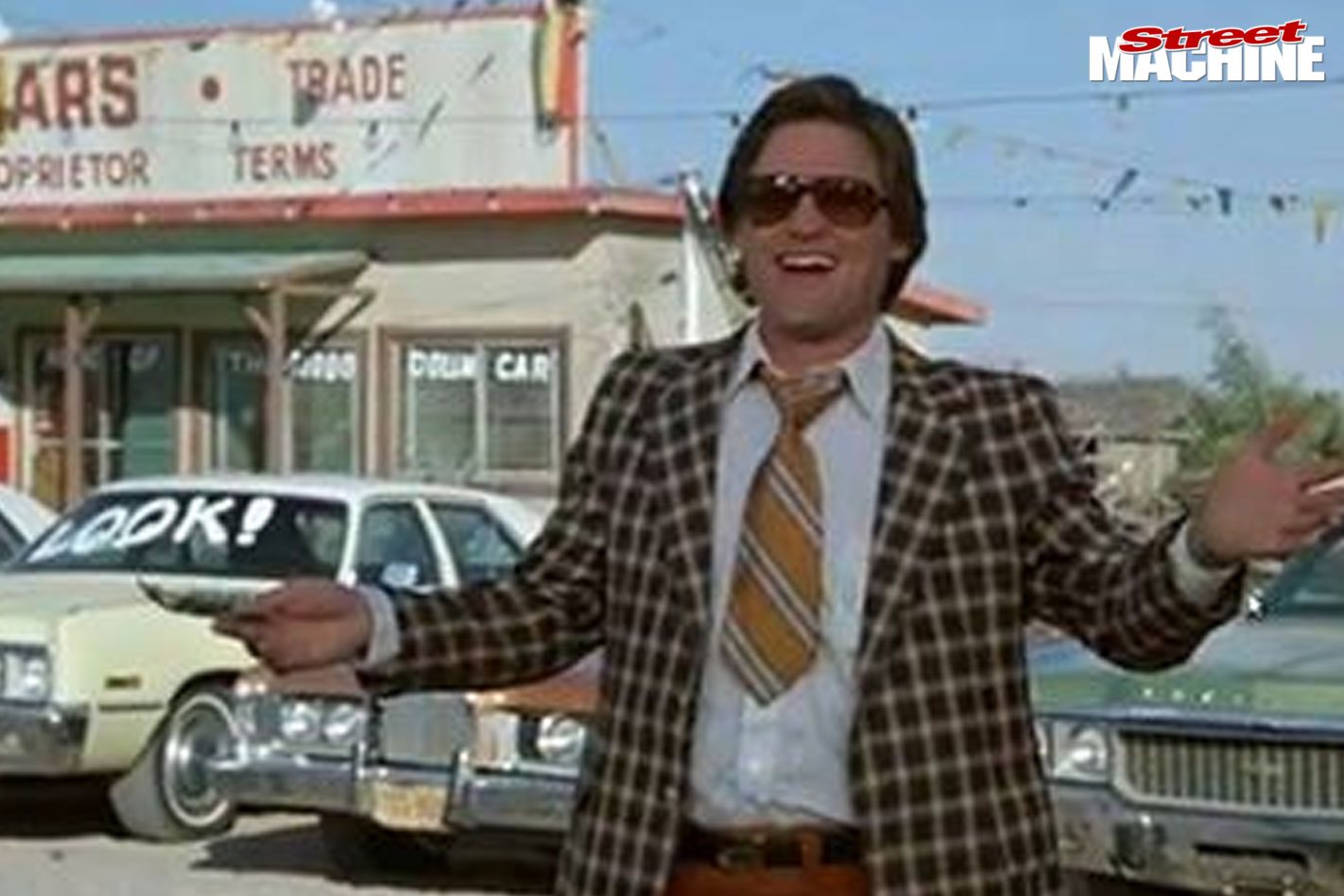 ACTION:
All of the unadulterated crashes and frivolities you’d expect from this golden era of American car movies. Whether it’s trashing ’57 Chevys or blowing up a near-new Mercedes, everything is fair game 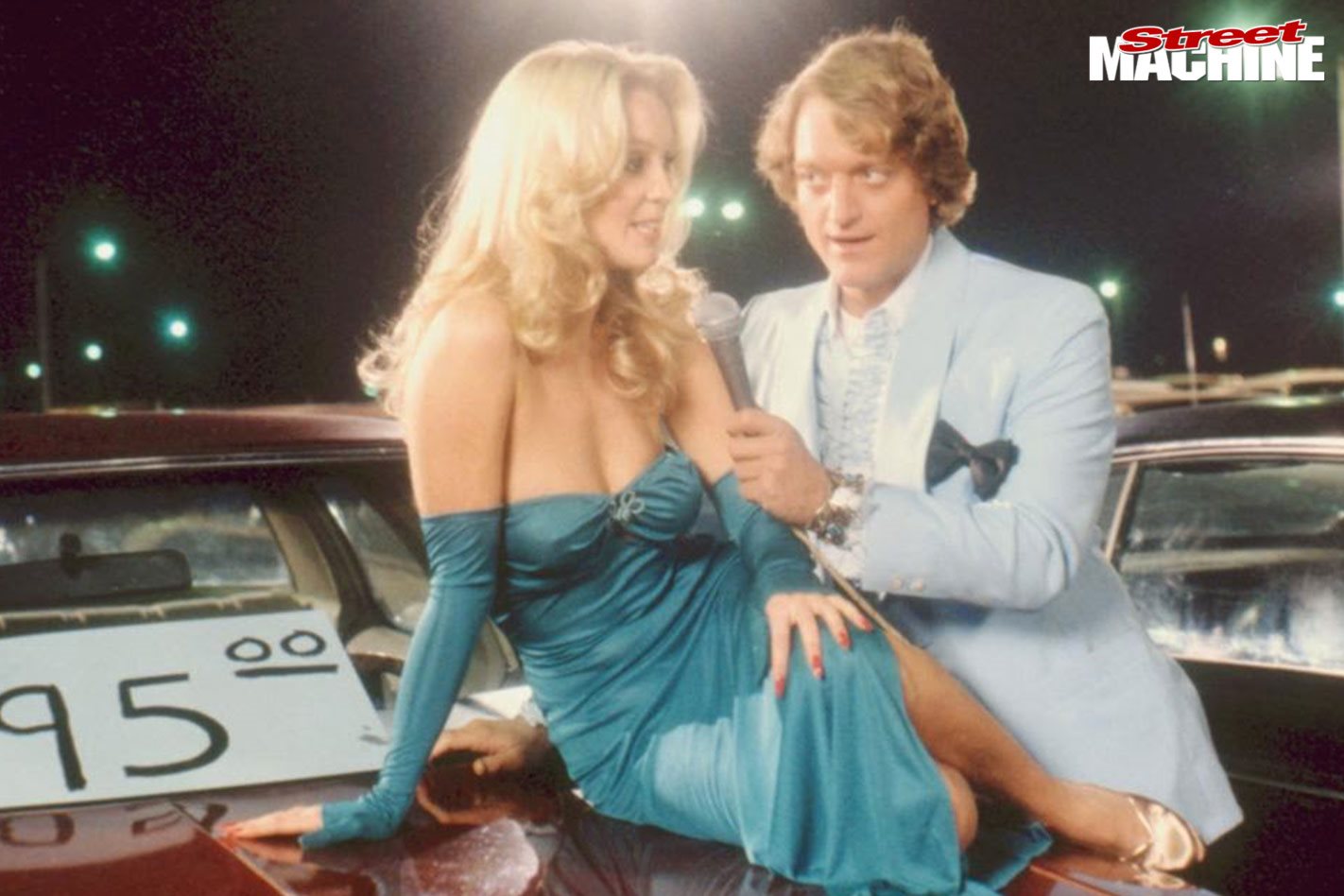 PLOT: A sleazy yet kind-hearted used car salesman takes on a local bigwig in a high-stakes car-yard war

COOL FLICK FACT:
The white Ford convertible and black-with-flames Mercury used in the movie Grease both reappear as two of the cars sold off by
Rudy to the driver’s-ed teacher.