Six-time V8 Supercar champion Jamie Whincup brought his Red Bull Racing Australia race car to Summernats and didn’t disappoint. We caught up with Jamie after he wrecked a few tyres on the burnout pad to talk about his first Summernats experience and his cars.

G’day, Jamie, what did you know about the Summernats before coming down?

Very little. I’ve almost had a deprived upbringing just confined to racetracks, so I was a Summernats virgin this time ‘round but massively enjoyed the experience. 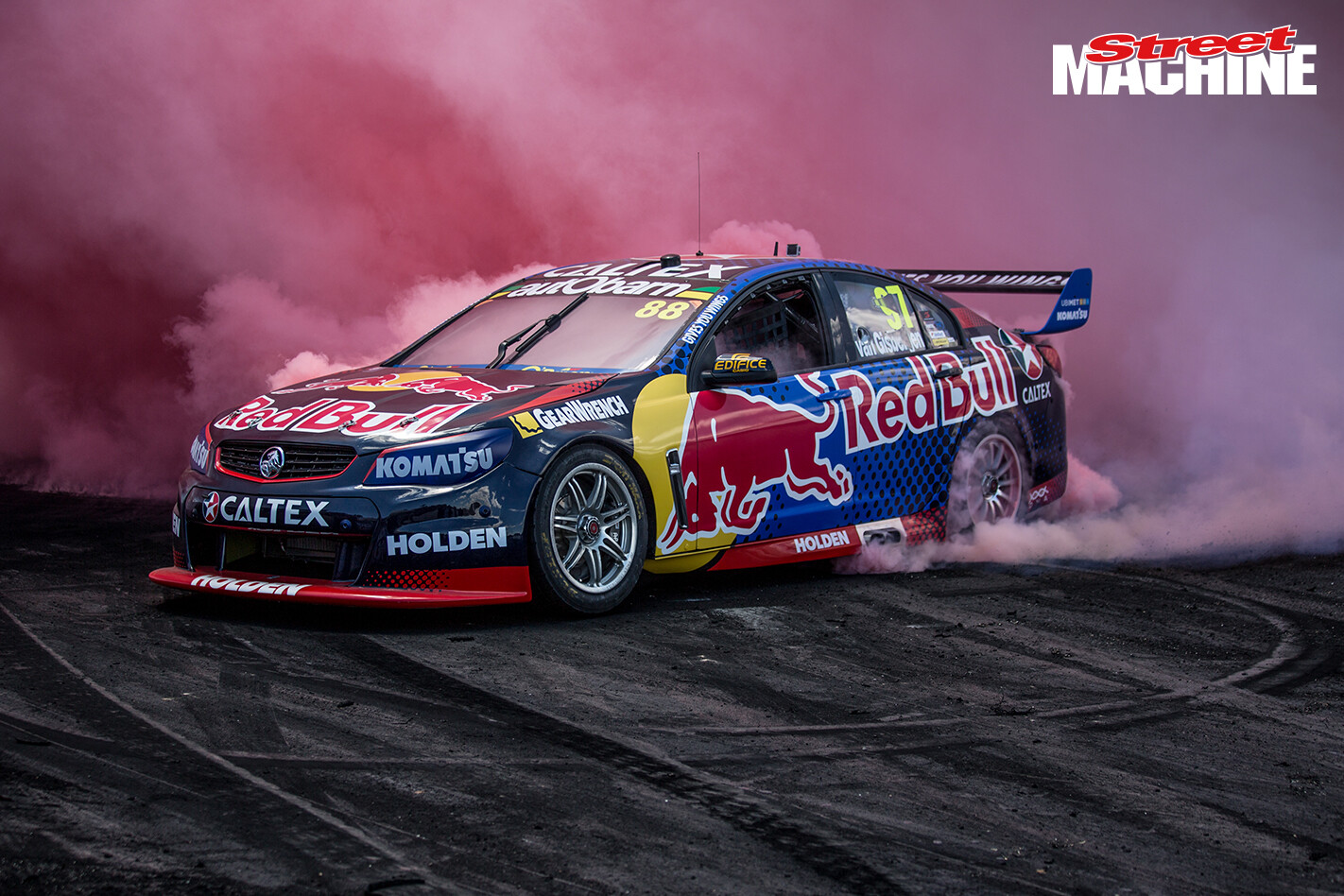 Did you do have any skid practice before coming to Canberra?

If wakeboarding and drinking beer was practice then yeah, I did plenty. To be honest, getting there right before I spun the tyres made me almost as nervous as sitting on the grid about to start the Clipsal 500. I literally hadn’t driven a car at any pace for over a month so it was a jump in the deep end for sure. 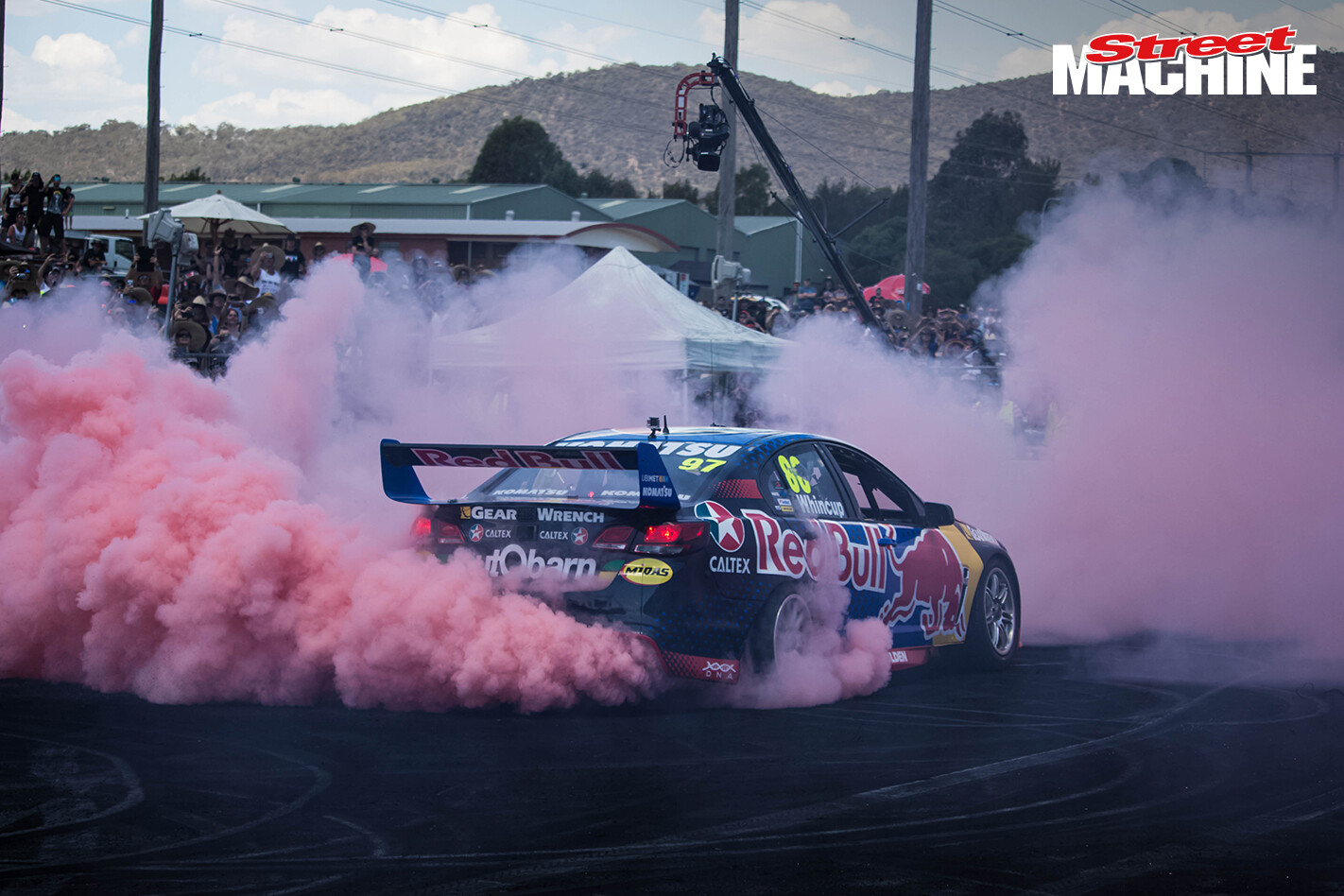 Was the car set up differently to normal for burnout duties?

Yeah, we disconnected the rear brakes, which was a massive help, and we installed some thermo fans on the radiator. They were the best ones we could find but, to be honest, they didn’t work as well as we would’ve liked. 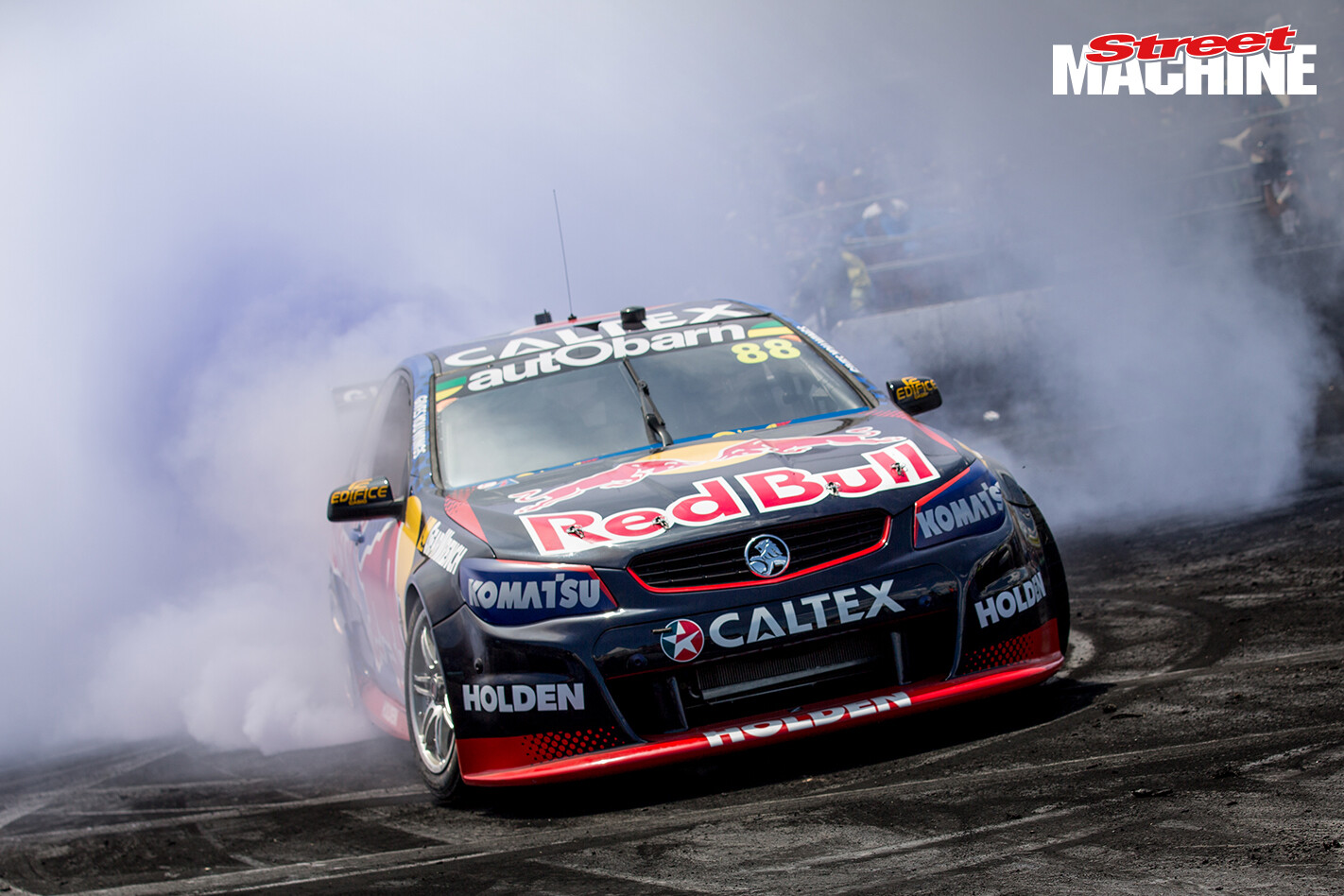 Well, it was good the crowd enjoyed the show because we ended up smoking an engine. My engineer and I got a bit carried away and “nek minit” the engine was at 140-degrees Celsius. It wasn’t a test engine, either; the car and the engine were straight out of [the last round at] Homebush. It was a full-spec race car, so cooking it wasn’t ideal, but I think it was worth it.

Was it fun pumping a few skids on the cruise route?

I noticed it caused a bit of flack that I was allowed to do burnouts on the cruise route, but we were there to entertain and we were pretty much under the direction of the event promoter. We understand that it’s not normally allowed so feel privileged that we were given an exemption. What is in the shed at home?

It’s a blokes shed, so plenty of toys; he who dies with the most toys wins, right? My most prized possession is my fully restored full-spec Bathurst-winning V8 Supercar – restored to as it was when it crossed the line at Bathurst 2012. Will I be doing some skids in that? No!

Have you owned any street machines or classic cars?

Once again, I’ve been a bit sheltered, spending all my time at racetracks. No doubt I’ll do something in the future, though. I must admit, a yellow Camaro with a big-block certainly caught my eye at Summernats. 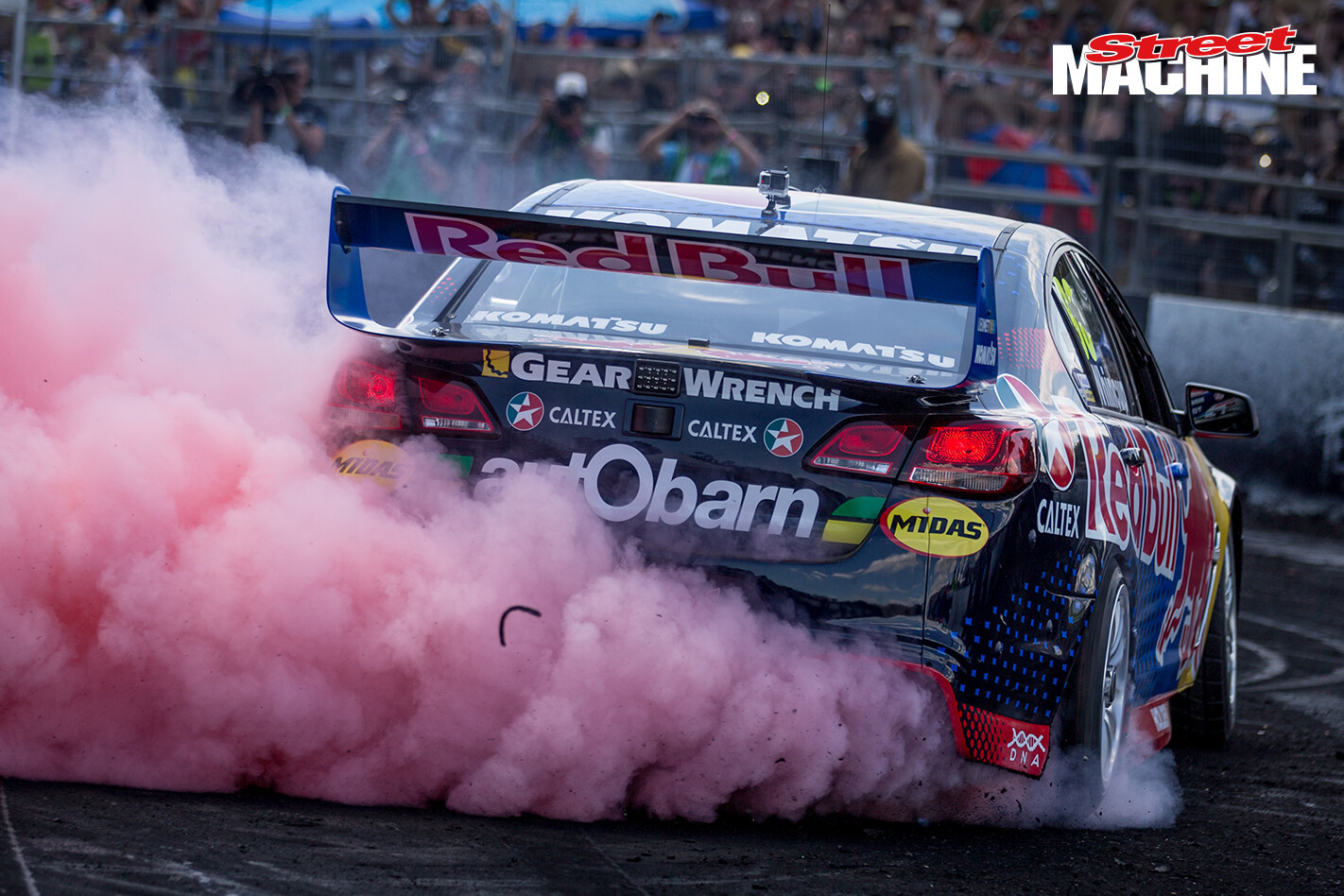 Do you get hands on with your project cars or find a workshop to build them?

Absolutely we’re hands on; I spend every second weekend at Bunnings and one of my goals in life is to have a warehouse to work on and display all my toys.

What did you think of the Summernats?

It was everything I imagined it to be, plus more! It is so refreshing to see good Aussie people having fun and sharing the same twisted brain as I have, enjoying horsepower in a harmless environment.