JOHN Harvey was a champion driver who just happened to live in the shadow of an even greater champion. Not many racing drivers would have been happy to play second fiddle to anyone, even Peter Brock, but ‘Harves’ was no ordinary racing driver. He’d already had his time in the sun, having once been regarded as a potential Formula One star, but as so often happened in the 1960s, a huge accident changed the course of his life. In reality, the next 55 years were something of a bonus. This true gentleman died of lung cancer on December 5 (Brock’s number!) at the age of 82.

Harvey was more than just a racing driver, albeit a very fast and popular one. He was also a key figure in the birth and growth of Australia’s special vehicles industry, first as manager of HDT Special Vehicles from 1980, when Brock bought the Holden Dealer Team and started the road car business to provide an income stream for both his team and Holden dealers. Then, when Brock disastrously fell out with Holden in 1987 and Harvey reluctantly departed after years of loyal support, he was snapped up by Holden and Tom Walkinshaw to help create their new Holden Special Vehicles operation. He was HSV’s first employee. Characteristically decent and dedicated, Harvey was the friendly point of contact for dealers and customers, staying with HSV until he retired in 2001. 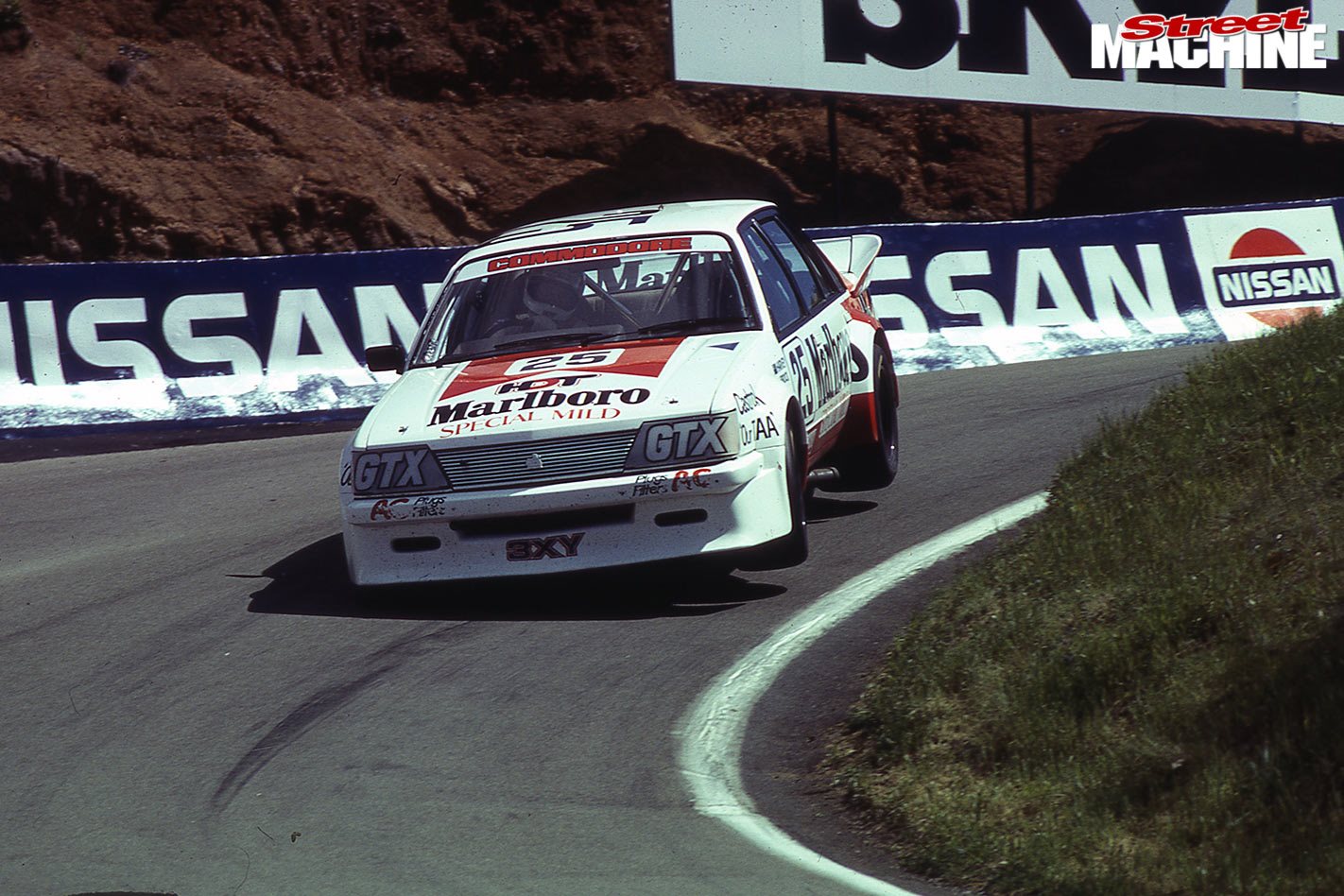 The John Harvey/Gary Scott #25 VH Commodore gets some air through the esses at Bathurst ’82. The pair finished third, with Brock and Grice in first and second respectively

Racing cars in the 1960s was an extremely dangerous past-time, even for a young man who had cut his teeth in the bullrings of the Sydney speedway scene. Harvey had seen too many friends die at the wheel, so he decided to try his hand in the comparatively safer world of circuit racing. The best thing he took from speedway was life partner Beverley, the daughter of speedway legend Don Mackay.

Harvey’s natural ability made the switch to road racing seamless, and he soon won the 1966 Australian 1.5-litre Championship. It seemed a formality that he would follow Jack Brabham to fame and fortune in Europe, but a horrific accident at Bathurst in 1968 ended that dream, and almost his life. His Bob Jane-owned Brabham’s rear suspension failed at 200km/h near Reid Park, and the car cart-wheeled down the track. Harvey, with no seatbelts, was thrown around like a rag doll and smashed his skull. A Sydney paper reported him as dead. He was hospitalised for four weeks and returned to racing a year later, but crew chief John Sheppard – who later employed him again at HDT – said he was never quite the same, believing his eyesight was affected. 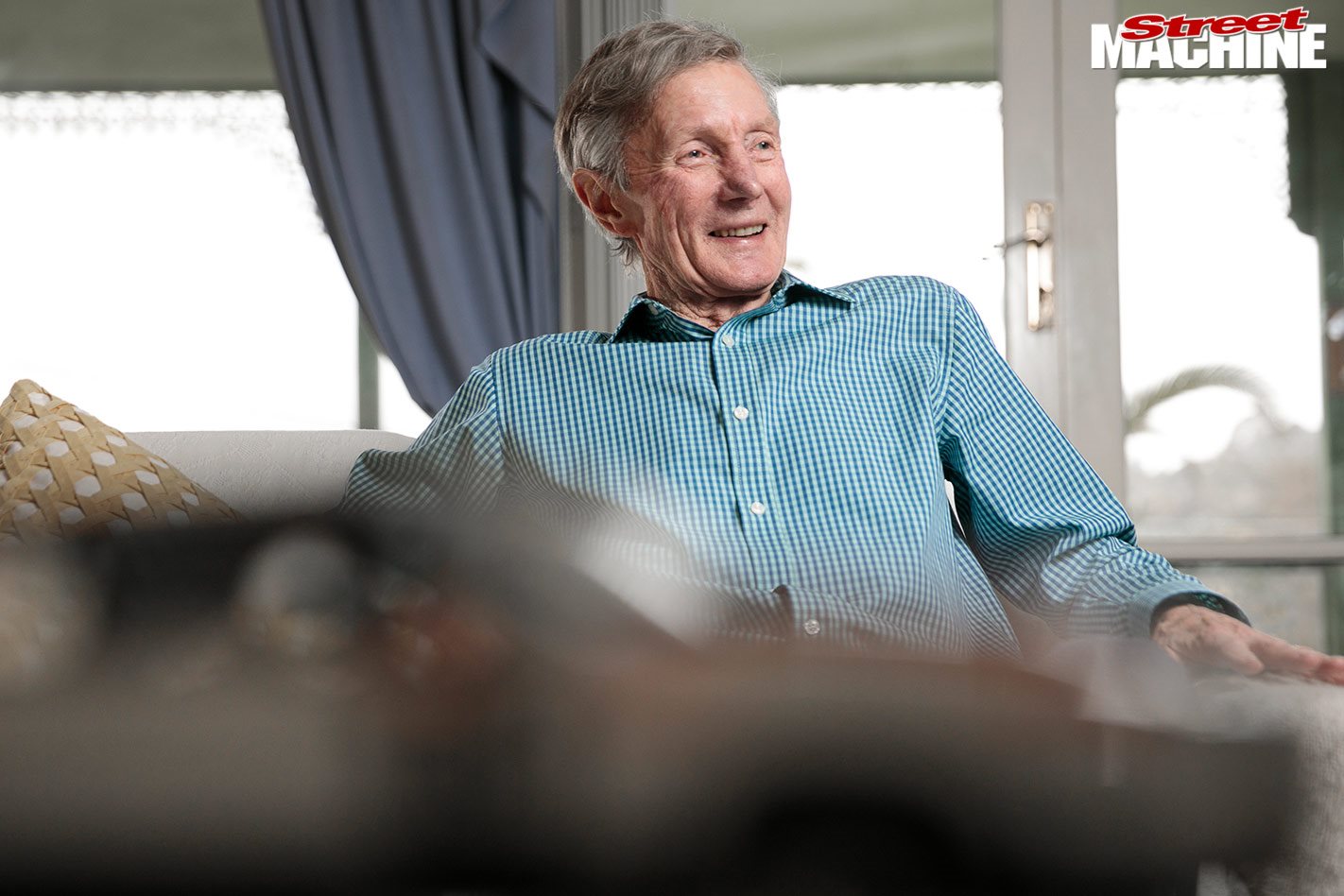 It didn’t slow him down much, though. In 1971-72 he collected two Australian Sports Car Championships driving Jane’s glorious Repco V8-powered McLaren M6B. He also raced Jane’s Sports Sedans, a Chevrolet 350-engined Monaro and an LJ Torana powered by a 5.0-litre Repco racing engine, in which he won rich series at both Oran Park and Calder in 1973.

Harvey joined HDT under Harry Firth in 1976, racing Torana L34s and A9Xs, and remained when it was taken over by Sheppard and then Brock. His greatest local success was a controversial win for HDT in the 1983 Bathurst 1000, when Brock and Larry Perkins commandeered his #25 VH Commodore after their own #05 machine had failed. Harvey drove only the first 21 laps, but the victory made up for losing the 1976 Great Race over contentious lap scoring – one of three runner-up results for Harvey at Bathurst. 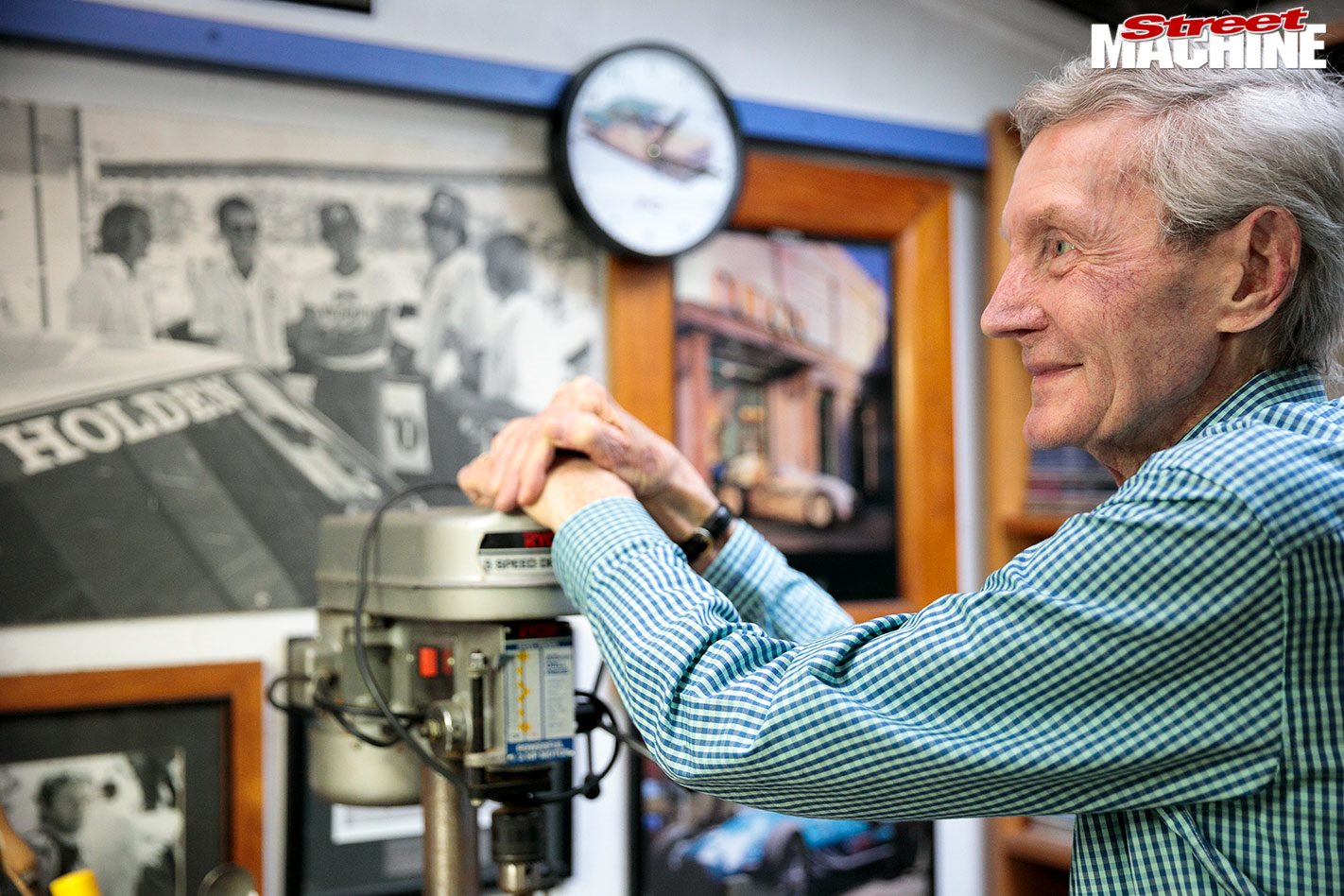 In 1987, Harvey scored an unlikely victory with Allan Moffat in the inaugural World Touring Car Championship race at Monza – Italy’s famed ‘temple of speed’ – driving a Group A VL Commodore rescued from the ashes of Brock’s post-Holden meltdown. Later in the year, they again impressed by finishing fourth and winning their class in the Spa 24 Hours, a year after being part of the Holden team that won the prestigious team prize. Harvey also gained fame in 1987 as winner of the inaugural World Solar Challenge from Darwin to Adelaide driving GM’s American-built Sunraycer. So Harvey finished on a high note, hanging up his helmet in 1988 at the age of 50. 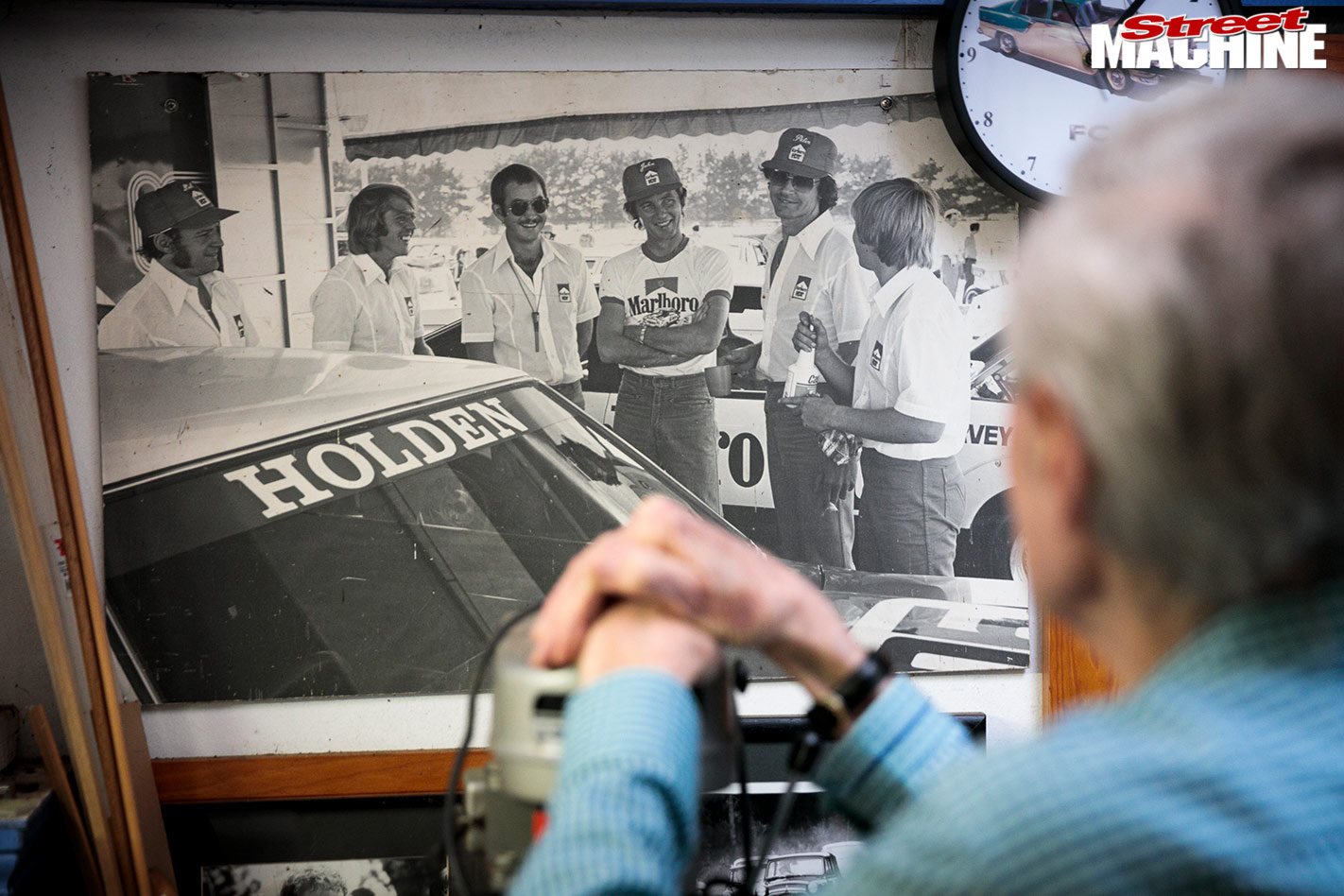 Perhaps it helped that Harvey had stumbled into Touring Cars and consequently didn’t take it as seriously as Brock and Moffat. He remained delightfully approachable, amiable and seemingly ego-free, happy in his role as Brock’s loyal sidekick and finishing second to his friend. He never tested, ran limited races and rarely had new tyres, but never complained. I can’t think of many drivers who would have accepted that, but he was typically content with his lot – though he hated the nickname ‘Slug’ that Brock and his mates foisted on him as a native of Sydney (or ‘Slug City’, as Brock called it).

Harvey and Brock were so tight that they even did a joint ‘Brock ’n’ Harves’ column for Motor Manual magazine in the late 1970s (written, of course, by Brock’s notorious publicist Tim Pemberton). Even then, he was regarded as the loyal lieutenant, the perfect foil for Brock’s fame and overt personality. 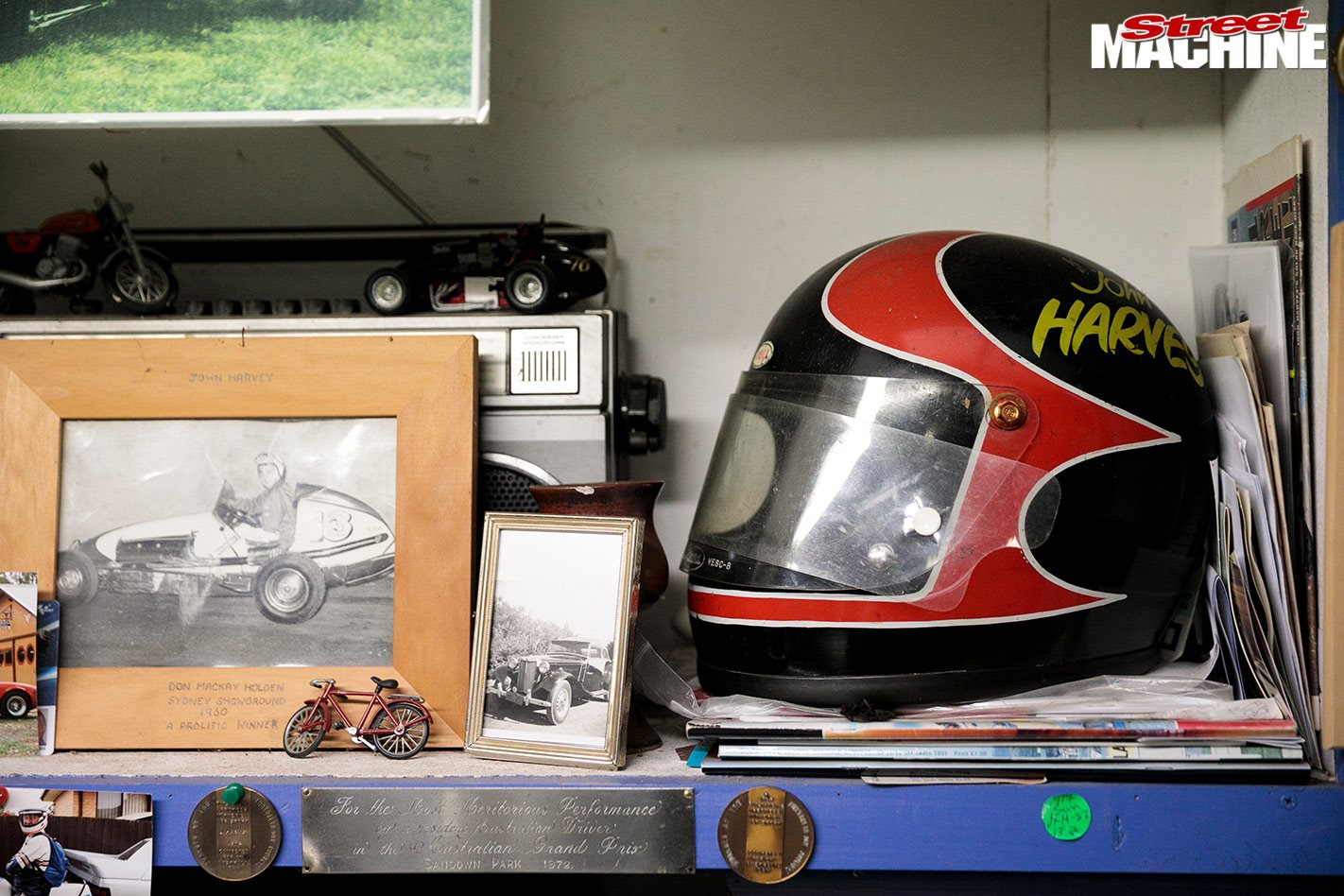 Harvey was inducted into the Australian Motor Sport Hall of Fame in 2018, and earlier this year was honoured with an OAM for services to motorsport. It was a fitting tribute to a man now remembered not only as a great driver, but a great bloke. 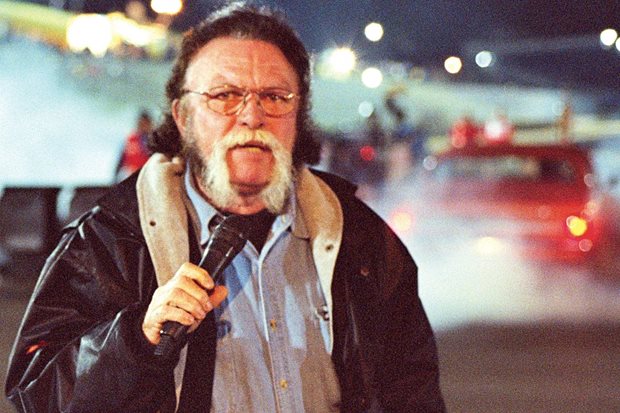 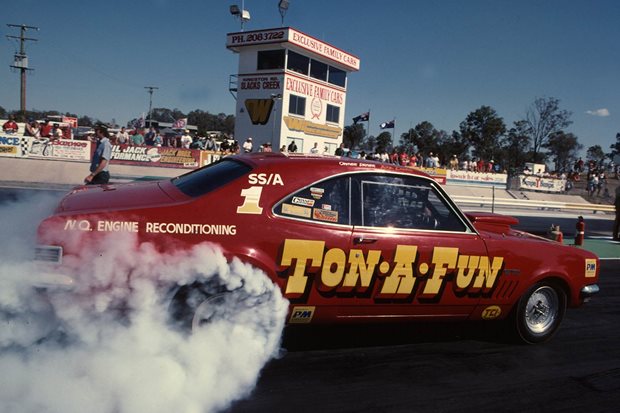