ONE of our favourite new rides at this year's Melbourne Greazefest was Damien Lewis's 1957 Oldsmobile Fiesta 88 wagon. It is a rare body style anywhere, let alone in Australia. The pillarless hardtop version is even swoopier, but the regular wagon is still pretty wild. A '57 Chev wagon looks almost dowdy in comparison. 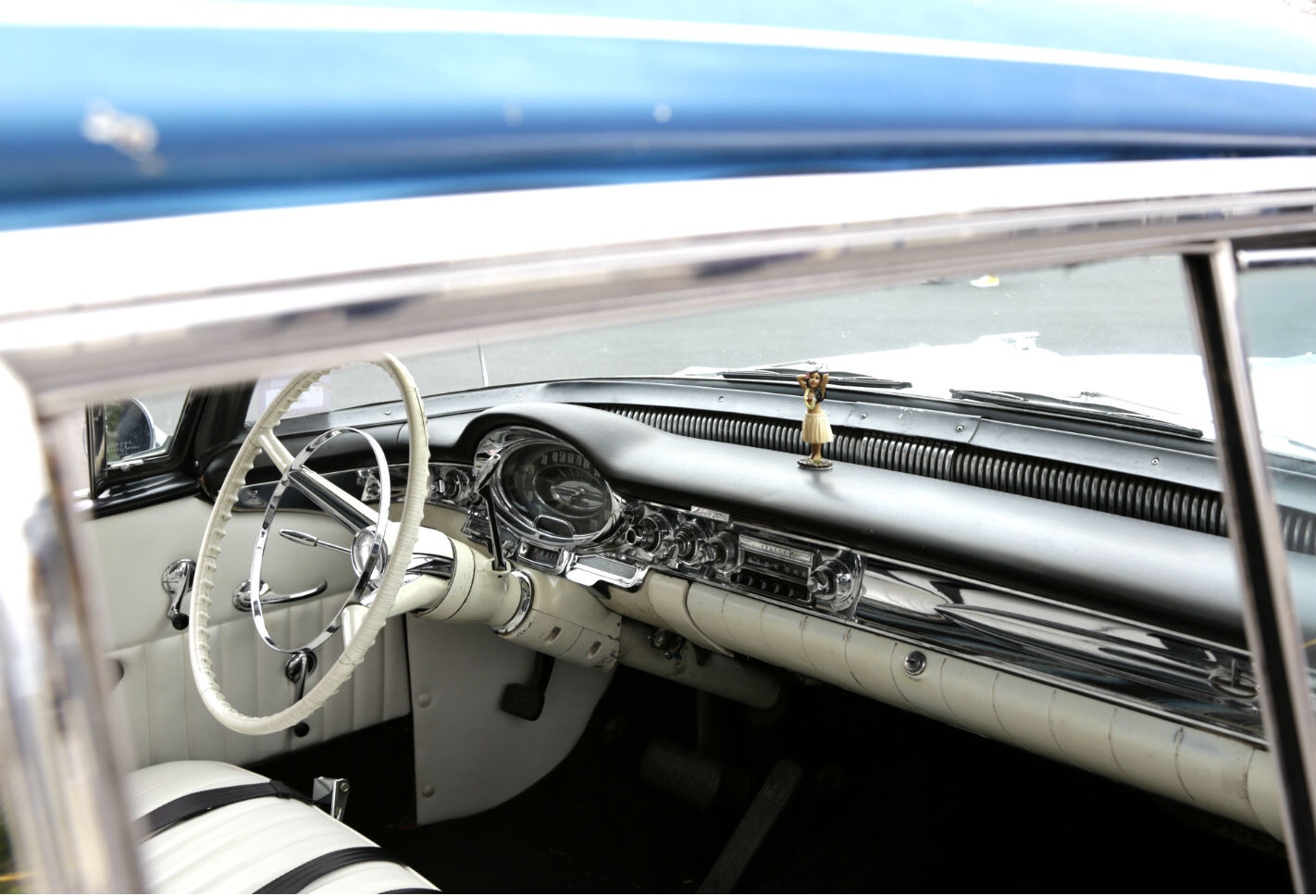 The dash itself is a work of art. If it looks familiar, that's because Richard Dabbs fitted one to his Brown Sugar Model A tudor (check it out in Street Machine Hot Rod, '15). 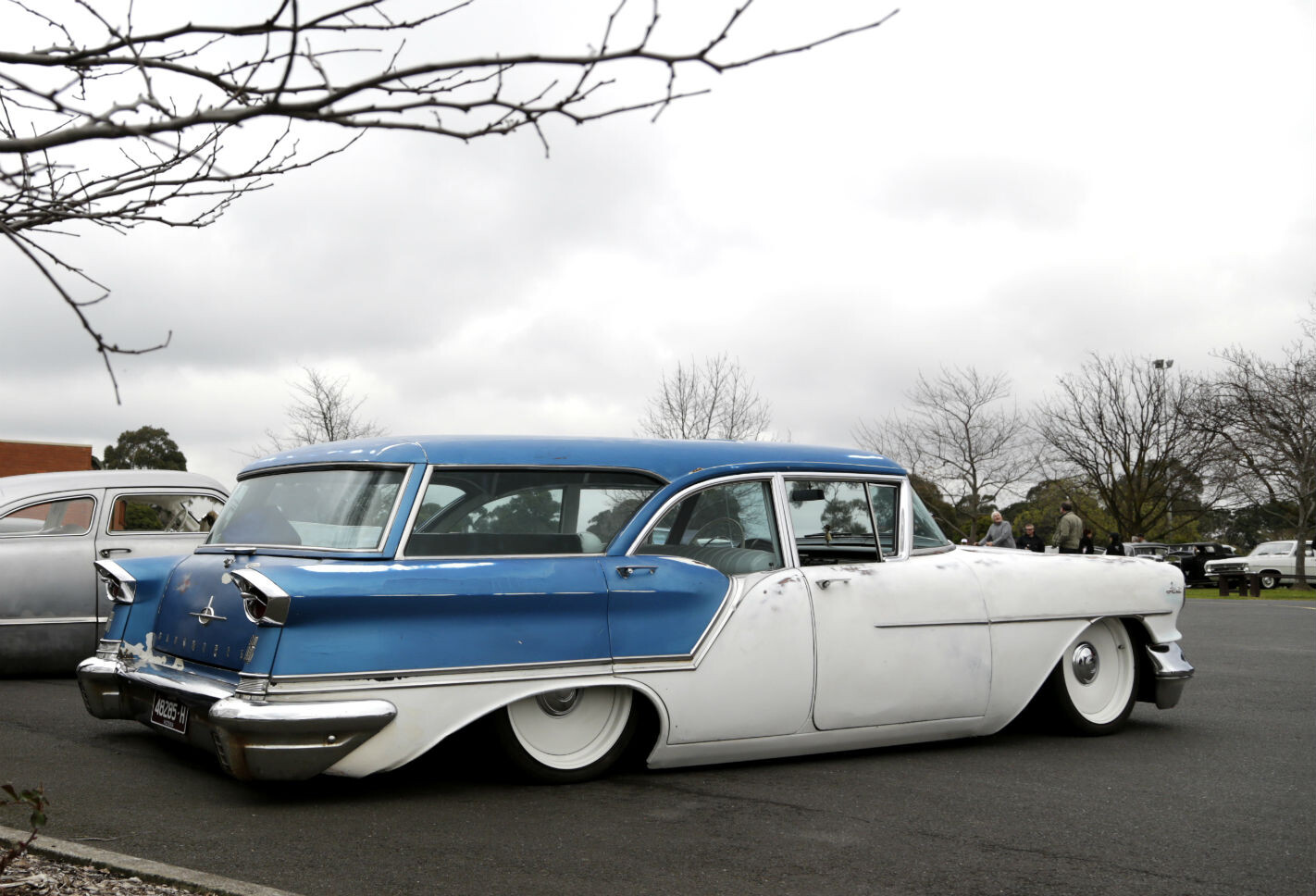 "I bought the car from a mate in the US," says Damien. "He ended up offering to airbag it for me, which worked out great. The engine is a 400ci Pontiac, which was in it when I found it. A J2 motor would be cool, but the Pontiac does the job fine." 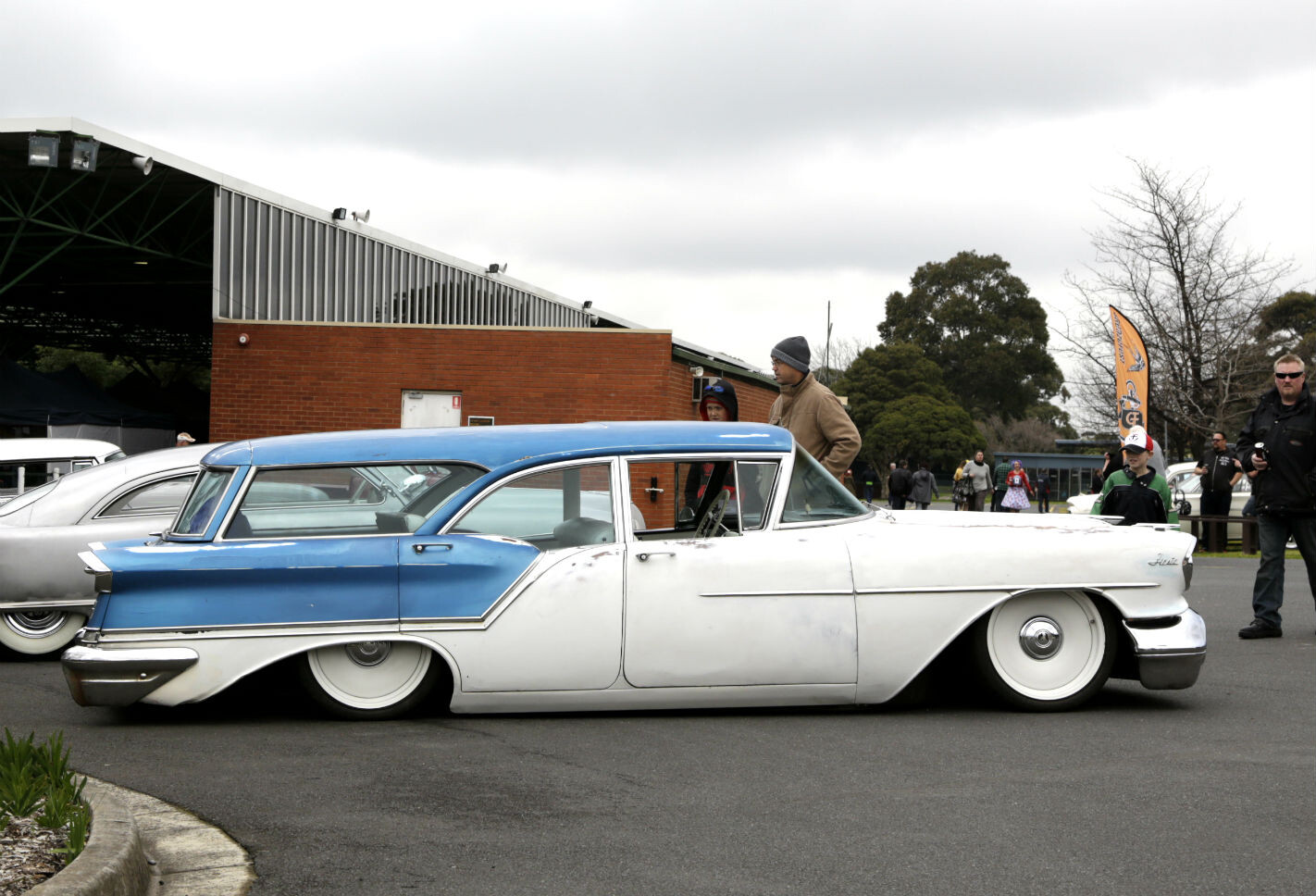 "The rims are 20-inch Mobsteel items." 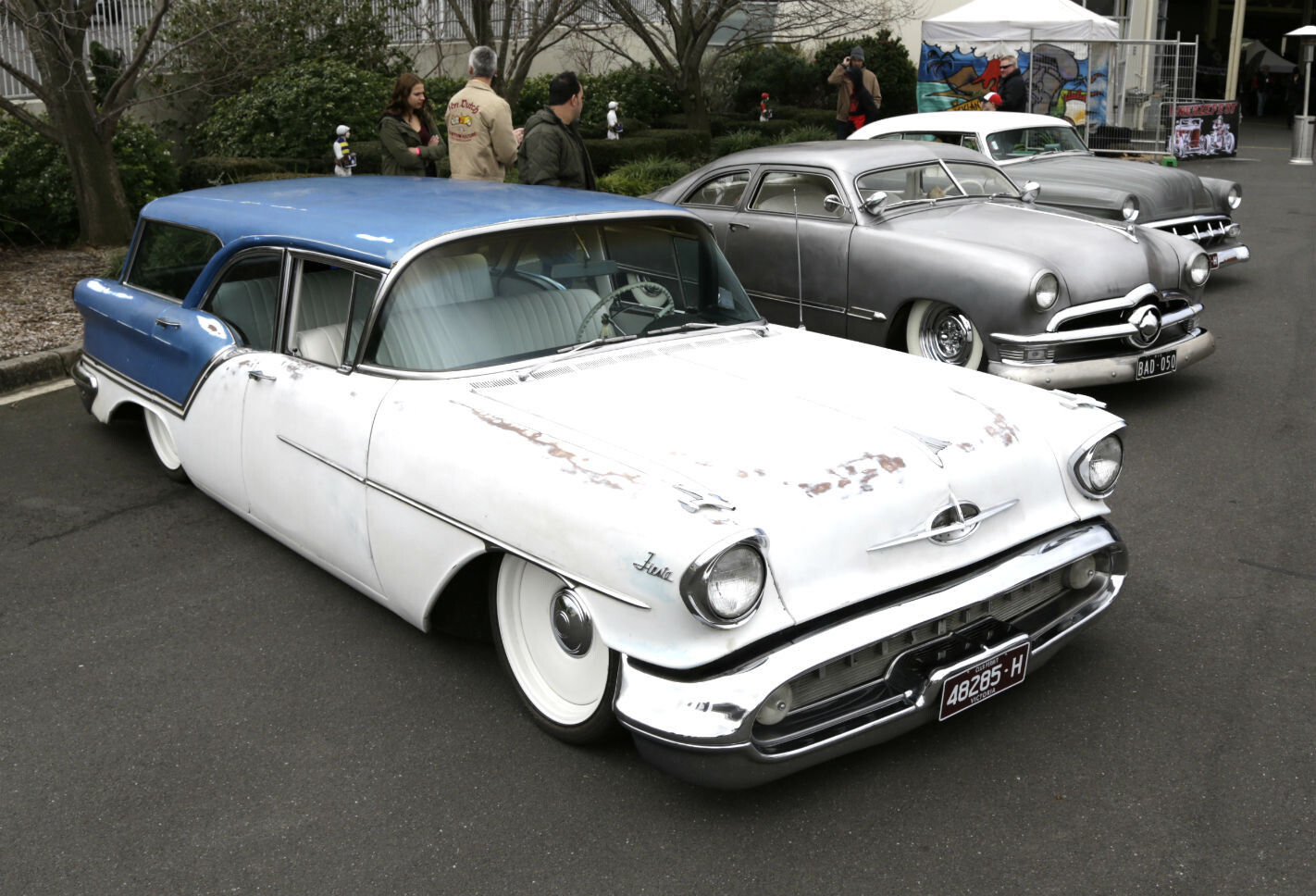 1957 was the first year Oldsmobile released a wagon since 1950 and they hit the jackpot, style-wise. The wagon bodies were built by Ionia Body, who built 143,696 station wagon bodies for Olds between 1957 and 1964 and had a similar deal with Buick.