What FCA could learn from Walter P Chrysler: Blowing Gaskets

Will Fiat Chrysler Automobiles kill off the Chrysler marque, bringing an end to 93 years of automotive history?

WHAT the hell is going on at Fiat Chrysler Automobiles? In case you haven’t heard, the automotive world is waiting with bated breath for CEO Sergio Marchionne to address an investors meeting in Balocco, Italy later today. And word is he’s going to kill Chrysler.

It seems crazy; Chrysler is the very crucible of the Mopar holy trinity, the birthplace of the brand that created Plymouth and absorbed Dodge. This company’s vehicles have been household names for decades; nine freaking decades if you don’t mind. And now, it seems Marchionne is about to drop the brand, just like the Hungry Jacks Yumbo!

It’s easy to forget, but it’s been done before; 17 years ago Plymouth bit the dust, and closer inspection shows the Chrysler brand has been on borrowed time for a while.

In Australia, Chrysler sells precisely one product line, the muscly-but-old 300 series, in either Luxury or tasty SRT guise. What happened to the Voyager people-mover? Or the hunchbacked Crossfire? The fugly PT Cruiser? Shitbox Sebring? Unloved Neon? Detecting a theme here? Yep, they’re all gone. Oh, and unless you’ve not noticed, they weren’t that great, either.

Australian shores aren’t the only ones the brand is disappearing from. Checking out Chrysler’s current US line-up reveals a telling story. The once-mighty marque is selling only one more model than it is here, for a grand total of two; the aforementioned 300 series and the 84mpg, hybrid-powered Pacifica minivan.

Given that the second-gen 300 series was introduced in 2011, it’s living on life support and the sales reflect this. Although Chrysler knocked together over a million of the bastards since 2004, sales peaked in ’05 at 144,000 units. Last year, it shifted just over a third of that number.

The brand needs either a total rejuvenation or a mercy killing, and it appears Fiat, with whom Chrysler merged in 2014, has chosen the latter.

It’s a shame, as there’s one guy who could definitely save the brand. Who? Walter P. Mothertrucking Chrysler, that’s who! In 1911, Buick president Charles Nash employed him as a production manager. Walter was so good that when he attempted to resign five years later, GM chief Billy Durant offered him US$10k a month to stay on. In 1916 money, that’s epic. Oh, plus he received a half-million simoleons in stock.

After three more wildly successful years, Mr Chrysler left Buick, selling his stock back to the company for US$10-million, making him one of American’s richest businessmen. His new pastures at Willy-Overland paid him a salary of $1million per year for two years, but his attempt to take over the company from John Willys himself left him jobless.

Backed by cash and an unrivalled business acumen, Walter P. bought out the ailing Maxwell Motor Company in 1921 and launched the new Chrysler 70 in 1927. The following year, he phased out the Maxwell brand completely, replacing it with the Chrysler Corporation.

The company run by the man himself went on an unprecedented expansion rampage throughout the late 1920s. He founded Plymouth as a volume-selling budget brand in 1928 and purchased the Dodge Brothers Company the same year. Chrysler founded DeSoto in 1929 as a mid-range player, giving the corporation a multi-tier brand structure similar to General Motors.

Successfully riding out the Depression years, Chrysler’s company became an integral part of America’s key automotive technology advances. The Airflow of 1934, created with input from no less than Orville Wright, was the primordial beginnings of aerodynamics for aesthetics and efficiency. It was became a touchstone in auto design, only countered by the fact nobody bought it.

Throughout the 1960s, the corporation worked hard to reinvent the wheel, especially in the field of turbine engine technology. After several generations of prototype motors, Chrysler had Italian coachbuilders Ghia style and build 55 test cars, all in striking Turbine Bronze. Making maximum horsepower at 36,000rpm, several developmental issues proved impossible to overcome. The project was ultimately cancelled, and all but nine cars destroyed. Those spared became a reminder of the company’s commitment to ingenuity, even without success.

In the USA, Chrysler delegated the muscle car era to its Dodge and Plymouth divisions. It took the 300-series and New Yorker, a model line sold almost unbroken from 1940 to 1996, to ensure the brand remained classy. However, in Australia, Chrysler retains a proud muscle heritage.

By the 1970s, Dodge badges in Australia were relegated to trucks and base-spec Valiant utes, while Plymouth had been killed off well beforehand. The Valiant range, including the Chrysler Charger, with its big Hemi sixes, turned both heads and tyres, while the 360ci V8 was, for some time, the largest V8 ever offered in Australia. When Mitsubishi bought out Chrysler Australia in 1980, it inherited the Adelaide manufacturing facilities and most of the staff, killed the Valiant the next year, and remained in business until 2008.

The brand re-established Aussie relations in 1994, returning as an importer only with the new Jeep Cherokee, a design it inherited from AMC, whom it acquired in 1987. Jeep has now become Chrysler’s predominant brand, with the trademark seven-slot grille whacked on all manner of off-road and soft-road SUVs.

Dodge lives on, but I wonder for how long? Ram trucks was spun into a separate brand in 2009, while the Viper, marketed under both Dodge and SRT, slunk away in 2017 – although it may be poised for a return. The Charger remains an attractive sedan and while Dodge may remain as Chrysler’s sports branding, it seems interested buyers are a dying breed.

Walter P. Chrysler was clearly a visionary; a veritable rockstar businessman who was indemnified an incredible amount of cash that befitted his skill. Today’s CEOs seem to get plenty of the former, but often lack the latter. It’s true that the era during which he operated was different, but he found a niche within the auto industry and was able to bring it like few others.

Should Sergio Marchionne drop the news we’re all expecting, bringing to an end 93 years of automotive history, it’s not just enthusiasts like you and me that will be pissed. Hear that humming noise coming from Sleepy Hollow Cemetery in New York State? That’s Walter P. himself, spinning in his grave…at approximately 36,000 rpm. 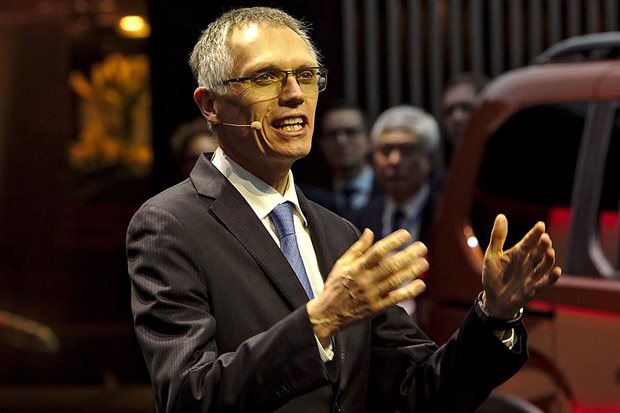 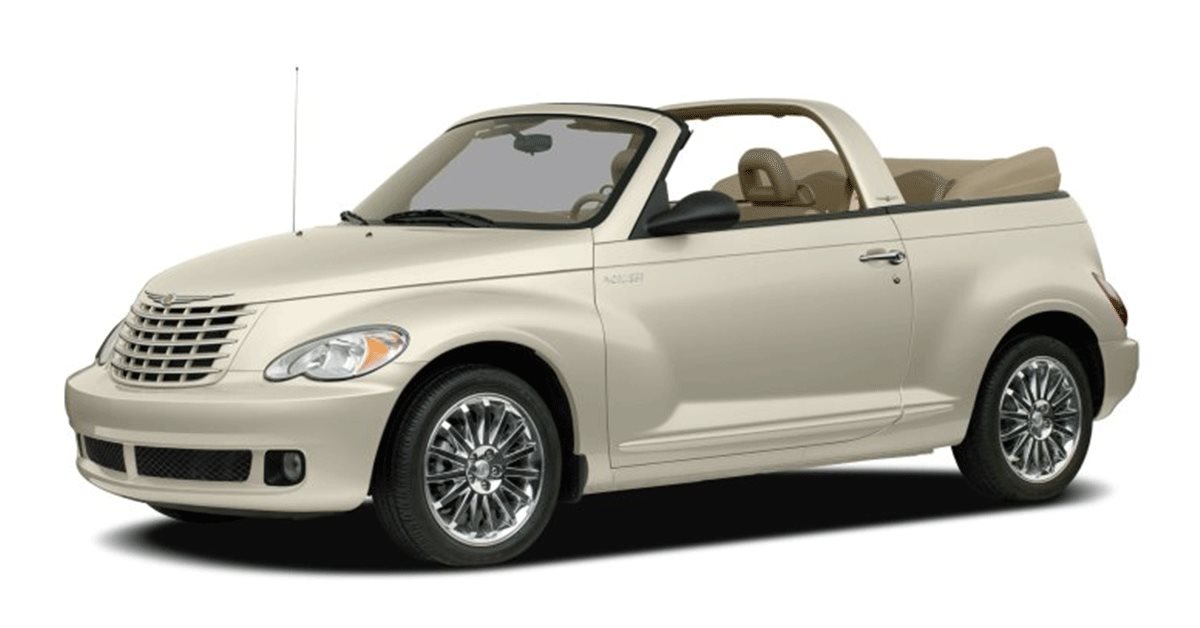 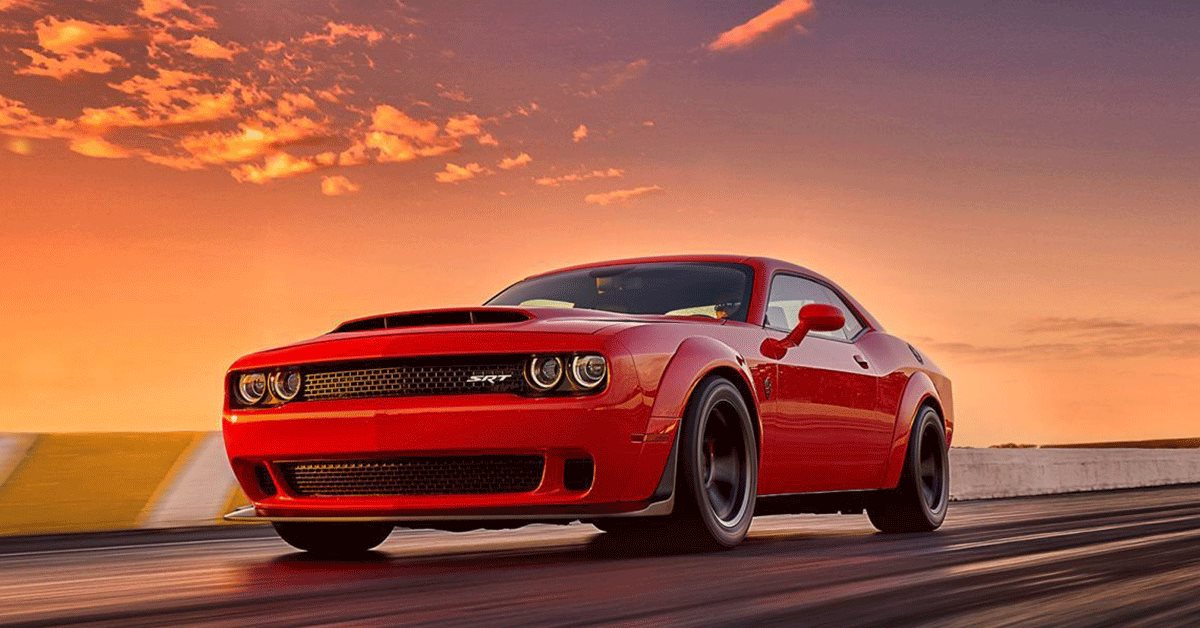 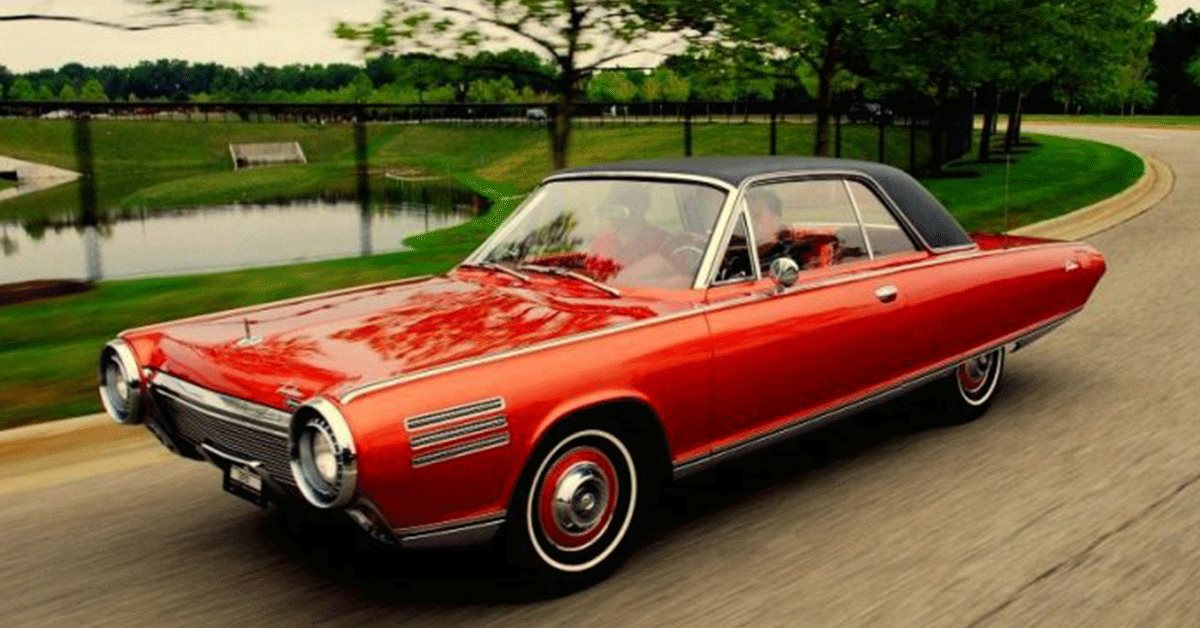 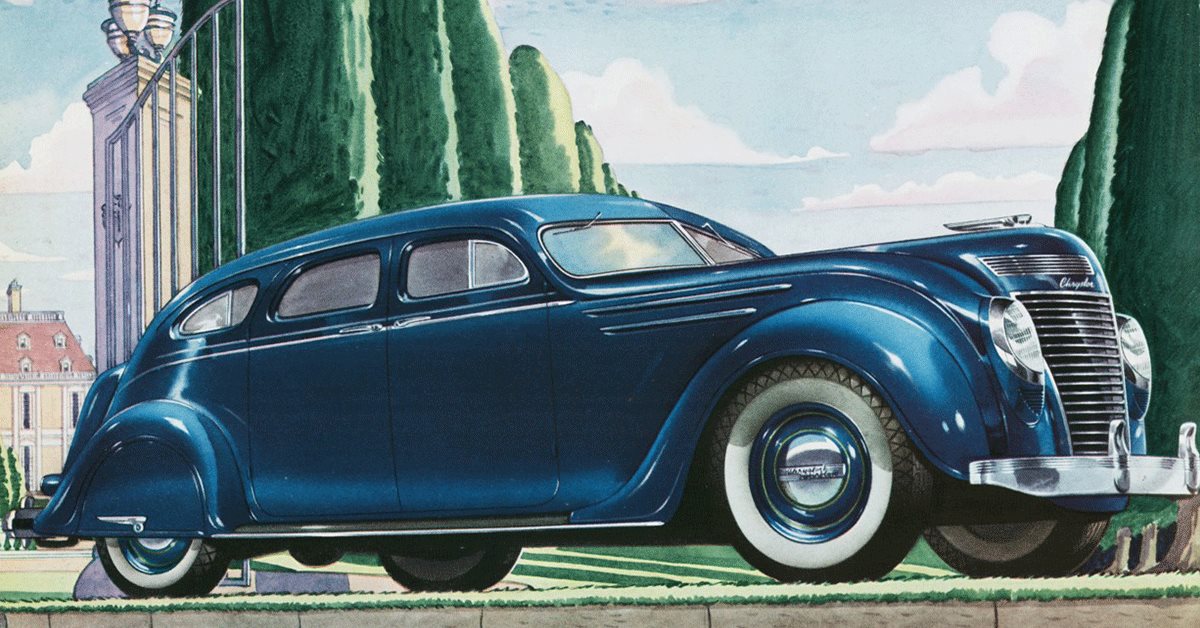 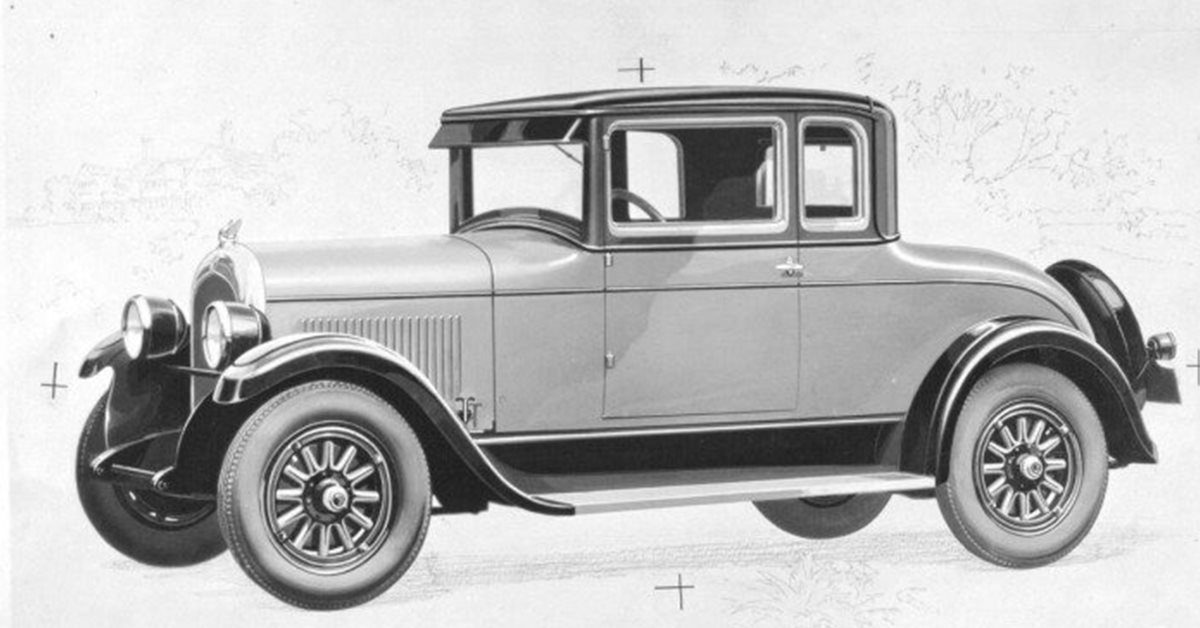 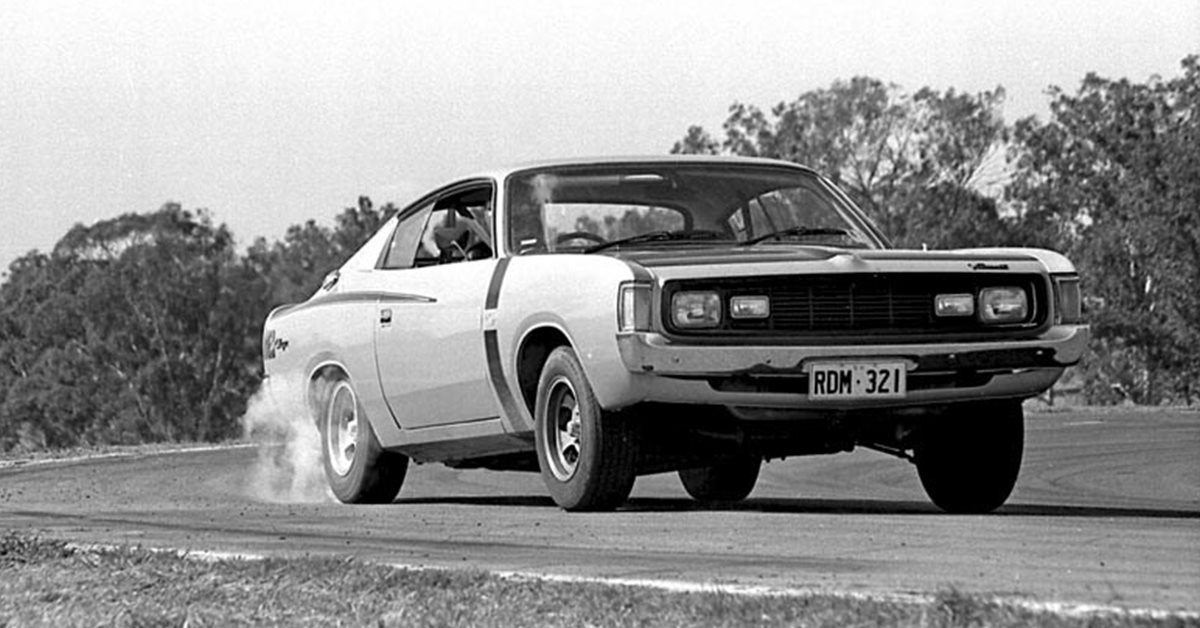