WOW. Just wow. What on earth is happening to the modified car hobby? Not a day goes by where I don’t see a social media post either seeding for negative banter or blatantly shitcanning an old photo of a modified street machine or early Aussie custom. These posts are filled with hollers of “what a waste”, “wrecked a classic” and “should have left it stock”, comments that go completely against the legacy that our hot rodding forefathers created by bucking the restored car establishment.

Do people think those blurry pics were taken earlier today? Do the skin-tight shorts, cans of Tab cola and fully marked packets of Winnie reds in the background not mark the timeframe clearly enough? How do you ‘wreck a classic’ when the car was probably only a few years old when the shot was taken and the model in question was a dime a dozen? And heaven forbid it’s a recent pic of a car that has survived the ravages of time to help plant our historical footprint! That doesn’t mean it was built last month. Even if it was, there’s a good chance it may have been saved from disappearing forever. 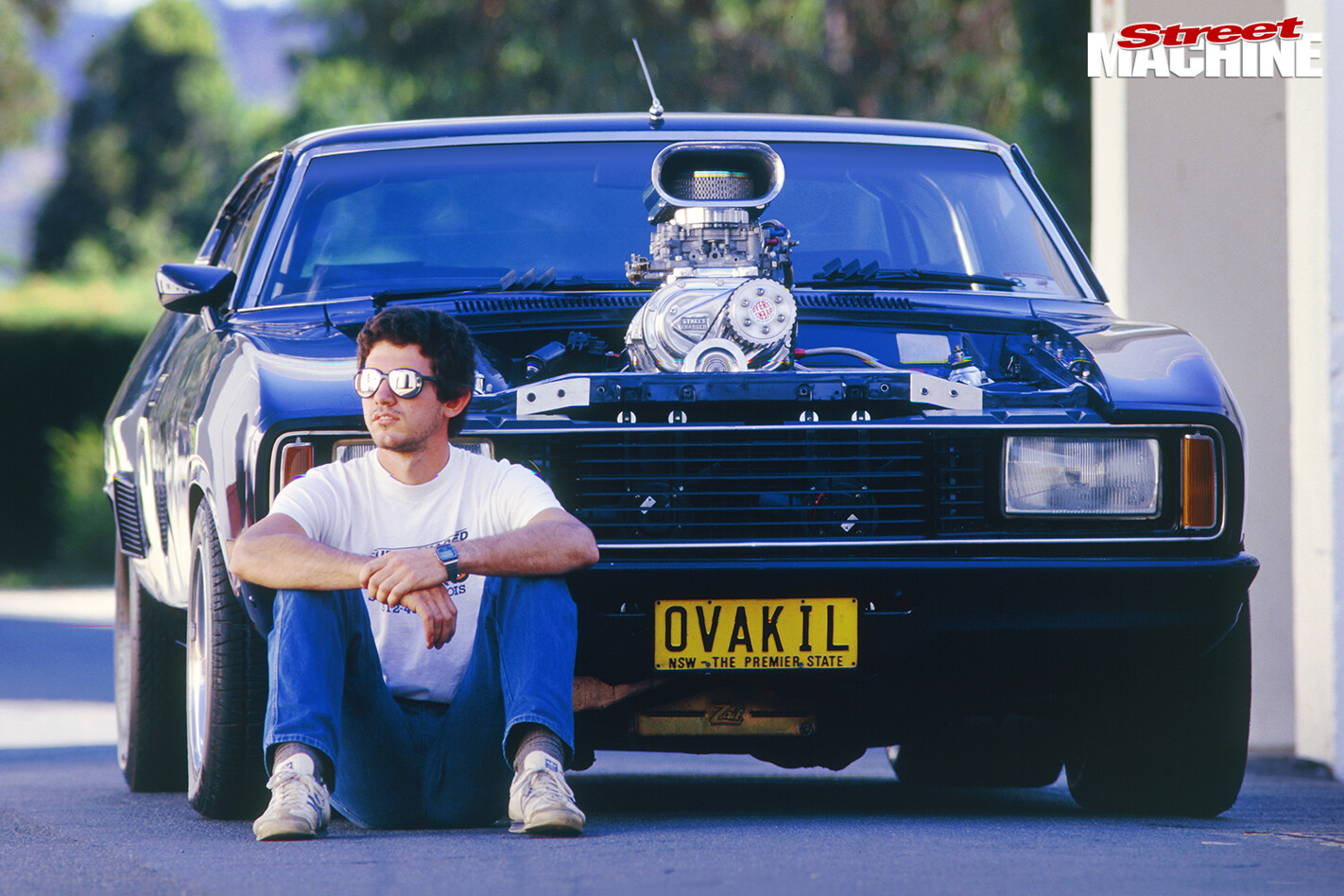 Sure, everyone is entitled to an opinion, but that doesn’t justify exercising a lack of respect. I realise that 70s and 80s customs can be an acquired taste, and not all car builds will be to everybody’s liking and that’s fine, but at the end of the day it’s our modified car history, and to me denigrating that is just plain sad.

This type of public lynching used to focus on 70s and 80s customs, but now I’m seeing it bleed into 60s-era Aussie customs, drag cars and burnout cars too. An uneducated soul posted a pic of Val Neil’s iconic EH custom sedan that was built in the 60s, claiming it was ugly and should have been left stock. Why? Because there’s not enough stock-looking EHs left? It is a milestone custom that deserves respect. It has thankfully survived nearly five decades in its current guise and should be appreciated as such, not hung out to dry to be bagged by an idiot.

6
Queensland custom icon Val Neil’s EH Premier has been a custom car since the late 60s and has been regularly driven since then. This is living history – let’s celebrate, not denigrate!

At the other end of the scale, a modern-day full-comp Torana hatch copped a recent flogging, with cries it had been “wrecked” and “ruined”, another car “wasted” because it can’t be street-driven.

Let’s be clear: We aren’t restorers. We are hot-car people who chop, change, shoehorn and generally mix things up! This brewing hatred and negativity is disrespecting our creed and decades of our ‘people’ – folks like you and me, who’ve welded, painted and wrenched on cars spinning straw into gold, alongside family, partners and best mates, all to create a ride they can be proud of and set themselves apart from the pack.

6
I don’t want to imagine a world where Pro Street Toranas like this don’t exist to blow our minds. Do I mourn the fact there is one less stock 161ci LC S getting around? Nope

I understand that donor cars are getting harder to find for projects and post-’41 cars aren’t being punched out in fibreglass to swell the available numbers the way pre-’41 cars now are to provide hot rod fodder. But most dead-stock classics leave this earth through natural attrition, parts supply or being used as paddock bashers; a few get a new lease on life thanks to young folks with an eye for customising and a desire to stamp their individuality. Which is the worse fate?

I don’t hear anyone complaining about demolition derbies, the old Torana speedway classes that gobbled up countless LCs and LJs, or HQ racing – plenty of ‘classics’ were ‘wrecked’ via those means. And you know why they were sacrificed? Because 30 and even 20 years ago there was a seemingly endless supply of these cars and they weren’t worth shit. So why complain about cars built during the same era that weren’t kept stock-bodied? It makes no sense. The modern-day equivalents of these cars are VT Commodores and AU Falcons, so I guess the haters better start bundling them together to protect these future ‘classics’. That sounds silly, right? And that’s how it would have sounded all those years ago too – it’s a cyclic thing.

6
Countless humpy Holdens died a gruesome death at speedways or as paddock bashers in the 60s and 70s. Many more have been customised over the past 68-odd years. There are plenty of beautiful stockers around, so why get upset over a tasteful custom like this?

I guess the street machining great divide is the main issue here. You can drop in a mountain motor, rework the floorpan to tub a car and cut a gaping hole in your bonnet – non-GTS of course – and that’s all Kool & The Gang, but flare the guards or change the grille and you’re an outcast. Chop the roof on a real-steel hot rod or non-repro 50s car and you’re you a legend, but do any significant identity-altering mods to a street machine and it’s game over.

It’s a mindset reminiscent of hot rodding in the 70s. Cutting up 40-year-old cars became taboo back then as well, with channelled, fenderless rods of the 50s and 60s being met with disdain, so many 70s rods were built stock-bodied with all the factory jewellery over decent running gear and wheels – exactly the trend we are seeing with 40-year-old cars today. This stock trend didn’t last, but it’s an important part of our rodding family tree, before individuality along with a love for traditional styling became popular again.

6
The style of Peter Swift’s pioneering T-bucket fell out of favour during the 70s, but now the car is recognised as a national treasure. So let’s not be so hasty to judge street machines of decades past; they’re worth preserving too!

Will that be the case for street machines? I hope so, but the way the LS debate rages on – and they’re being fitted to stock-bodied cars mind you – with cries of ‘you can’t fit a Ford/GM/Chrysler/tuner donk into anything but a Ford/GM/Chrysler/tuner’, sounds way more like a restorer mindset to me than that of the hot rodding grassroots that spawned our sport. Rodders would jam whatever donks they could find into whatever they had if it meant going quicker and being different to the bloke parked nearby.

In 20 or 30 years’ time the keyboard-warrior sledging will probably be directed towards what is currently hot today: big-diameter rims mixed with dead-stock exteriors, the style loved by many of the ‘what a waste’ and ‘wrecked a classic’ crowd. So prepare yourselves. History has proven time and again that what is genuinely popular with the masses in a given era tends to be considered awful by the subsequent generation.

6
Sure, Falcon coupes, Chargers, Monaros and the like are worth big money today, but there is more to life than the dollar. If someone can take a sad shell and turn it into a creative thing of beauty, who says they shouldn’t?

At the end of the day, what’s done is done. Some cars are still here and some are gone. We keep our cars living on, so let’s embrace our modified car heritage and take the time to appreciate the craftsmanship and passion that people pour into their own rides, whether it’s to your taste or not. The happiest folks in the car scene seem to be the ones that respect the passion rather than pay heed to the unwanted or uninformed opinions of others.