ANDREW BRASS - MY LIFE WITH CARS

Andrew Brass has owned a string of neat rides, many of which were cornerstone models for young blokes in the 80s and 90s

READERS of Gen-X vintage or older will remember the good old days when prime street machining projects and cool daily drivers were plentiful and cheap. Even the Aussie two-door offerings from the Big Three could be bought for a song, and regularly off their original owners, too! Andrew Brass has owned a string of neat rides, many of which were cornerstone models for young blokes in the 80s and 90s – with a few that ran stout numbers for their day, too. 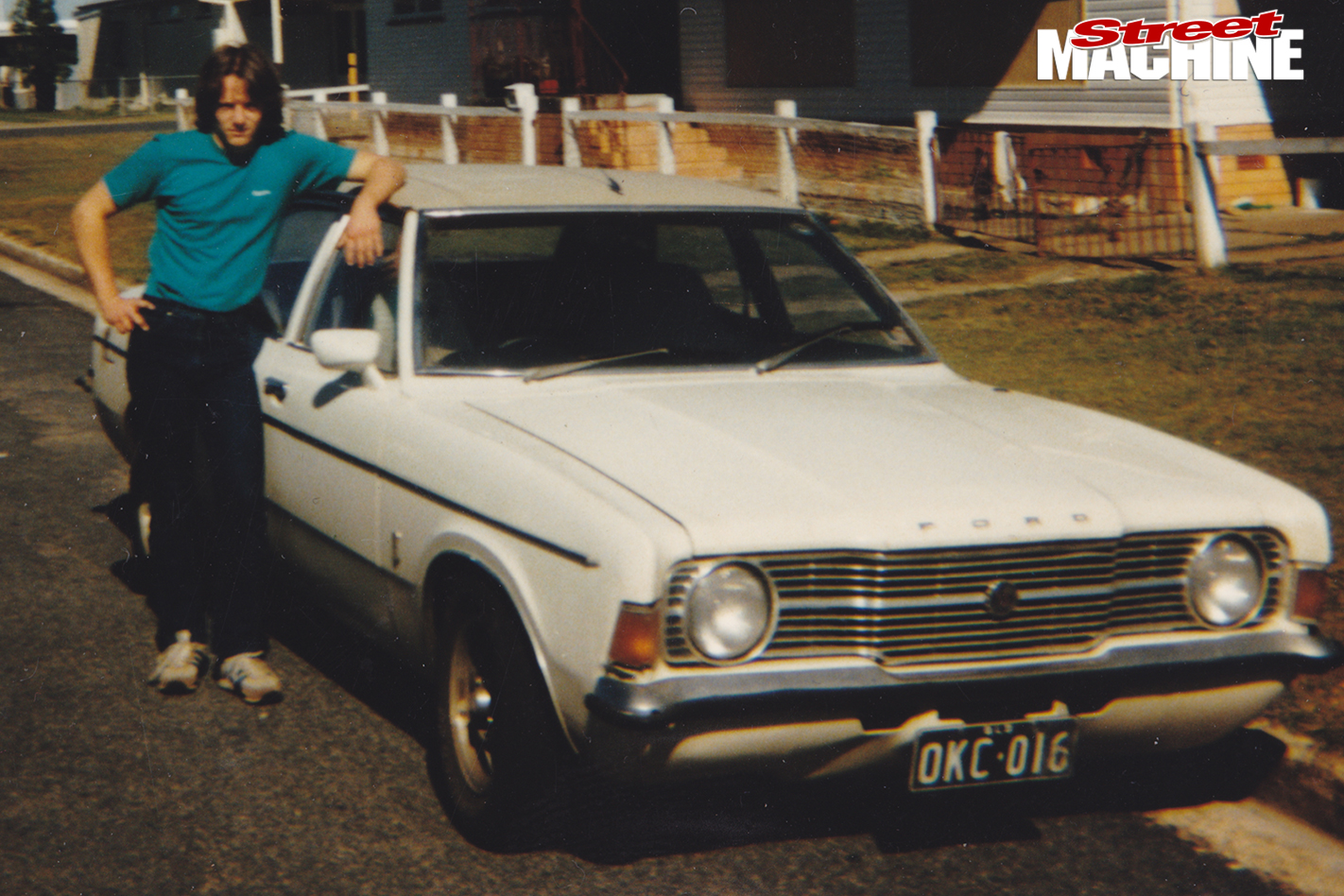 We all have to start somewhere. “That’s me aged 18 in 1983 with my first car, a TC Cortina running a 2.0-litre donk and manual trans,” Andrew says. “It was 1983 and I was an apprentice mechanic at Fulcrum Suspension in Brisbane. It was a great car for a young bloke, but I had my heart set on bigger and better things, namely an XY Falcon.” 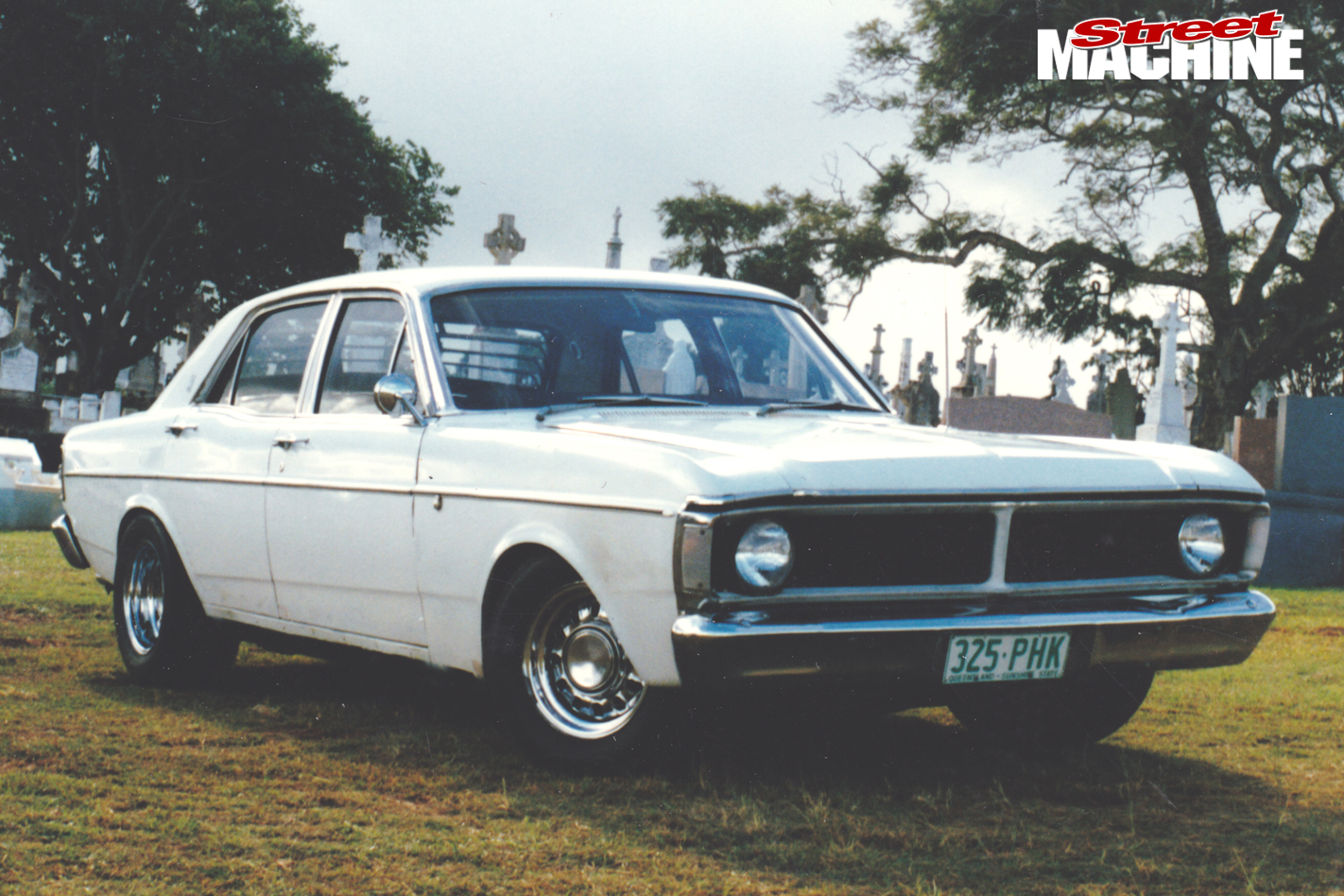 True to his word, an XY was next on the cards. Andrew bought this stock Fairmont in ’84 to transform into an XY GT replica. It was a factory 351 car that scored a fat set of 12-slots and some suspension work, but never graduated to the full GT exterior makeover. “It was a tidy thing but I got a lead on a Monaro, so the XY was sold to help fund that purchase,” Andrew says. 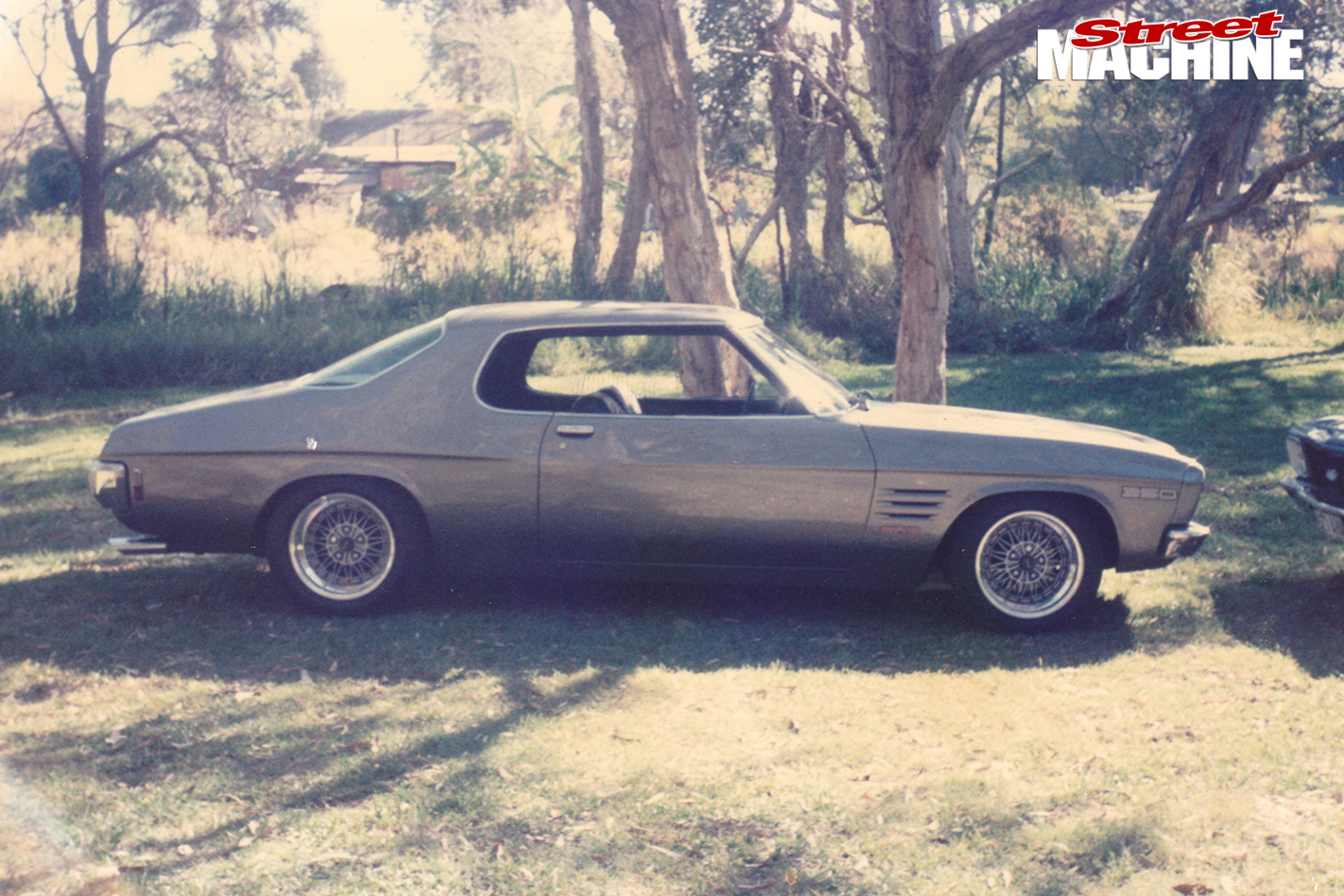 The Monaro in question was this beautiful silver HQ he bought at 21 and transformed into a very quick street car. “It came with a 307 Chev that soon made way for a 383 small-block, Turbo 350 and 4.11-geared nine-inch,” Andrew explains. “The chrome 12-slots were replaced with 16-inch Simmons V5s in 8s and 10s; this was 1987, remember, so 16s were huge! There was a full rollcage in there, too, and the combination of silvers on the body and wheels gave it a really classy look.” This Quey would still turn heads today and an 11.7@117mph in full street trim is nothing to sneeze at for the late ’80s! 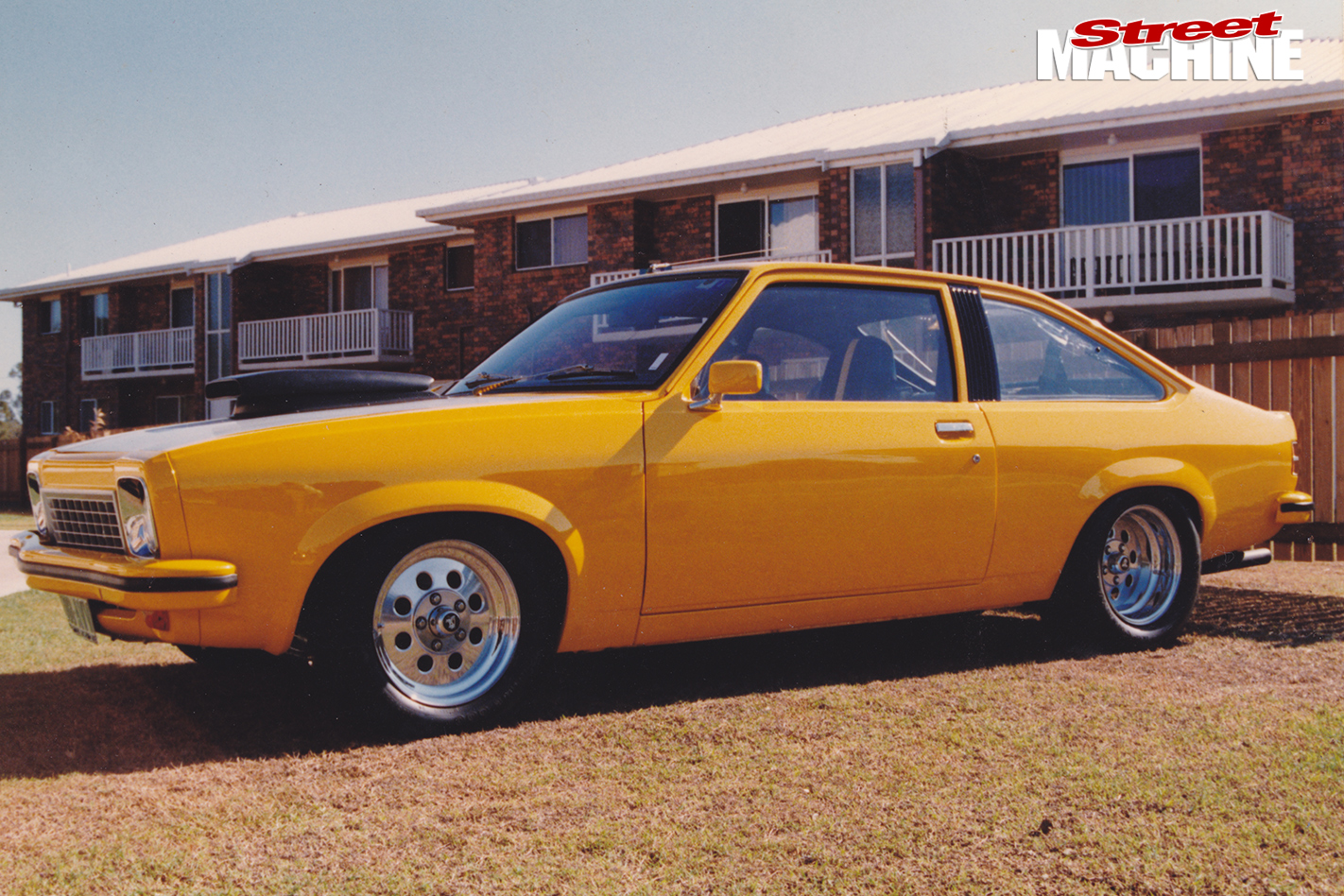 Keen for a change after three years with the HQ, Andrew bought this yellow Torana hatch. “A guy was building it for Summernats and it was really well detailed for the time,” he recalls. “His plans changed so I bought it as a 99 per cent finished car and got it on the road with the 355 stroker Holden V8, Turbo 350 and full-floating Detroit Locker-equipped disc-brake nine-inch, which was pretty exotic for a streeter. It ran a 12.0@116mph and also did well on the show scene, so it gave me the best of both worlds.” 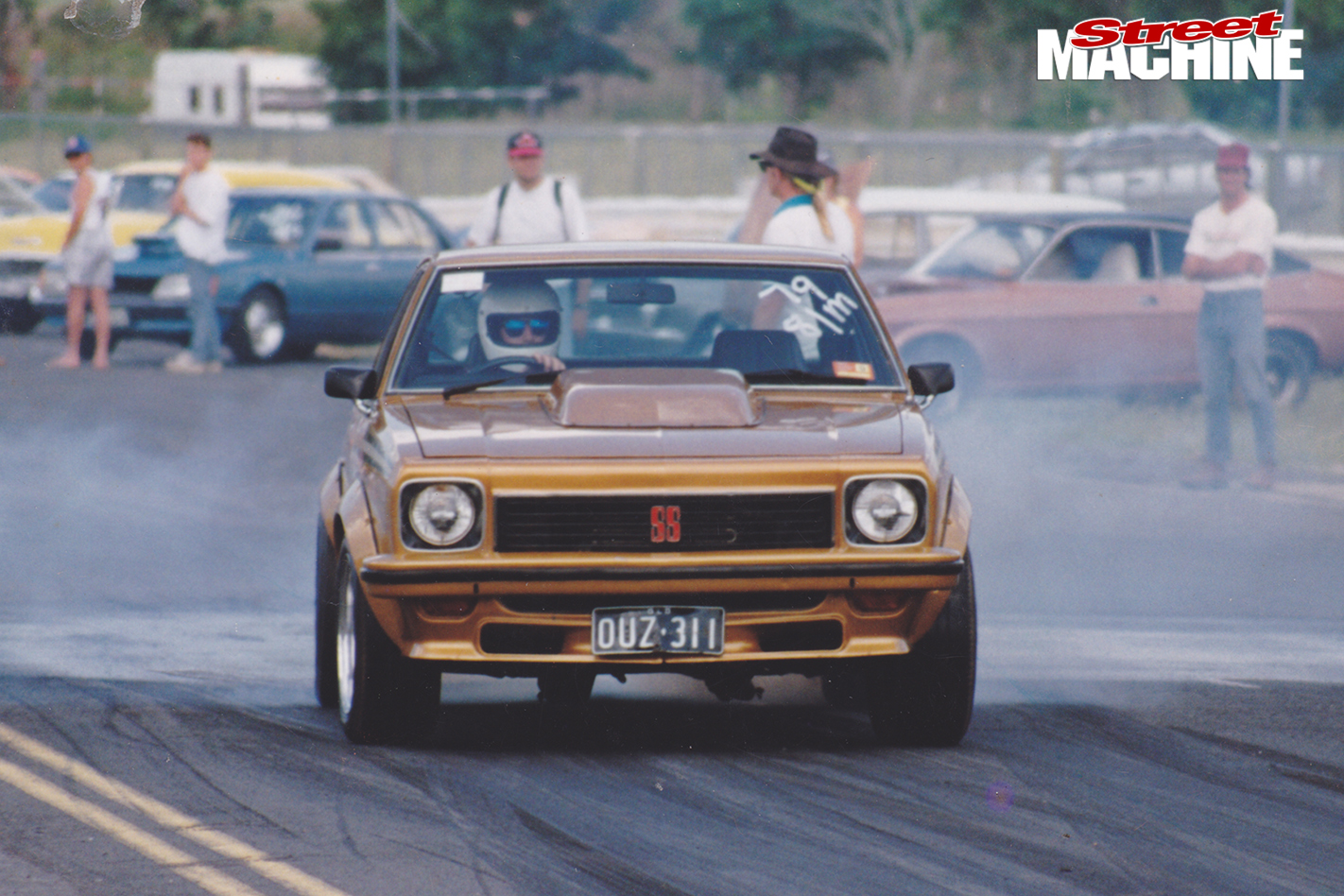 The yellow Torana made way for this tidy gold hatchback in 1991 (seen here warming the tyres for the Lakeside eighth-mile). “The 383 engine out of my Monaro came back to me in this Torana, which was kind of strange, but it still had plenty of stick. The previous owner ran a 10.7 best with a shot of gas, but I kept it naturally aspirated and ran an 11.5@117mph in street trim.” A Powerglide and 4.56 gears in the nine-inch rounded out the driveline before the hatch was sold when family commitments took priority. “I later bought a Vermilion Fire XY GT replica, which ran a 351, Top Loader and nine-inch, so was able to get that boyhood dream out of my system,” Andrew laughs. 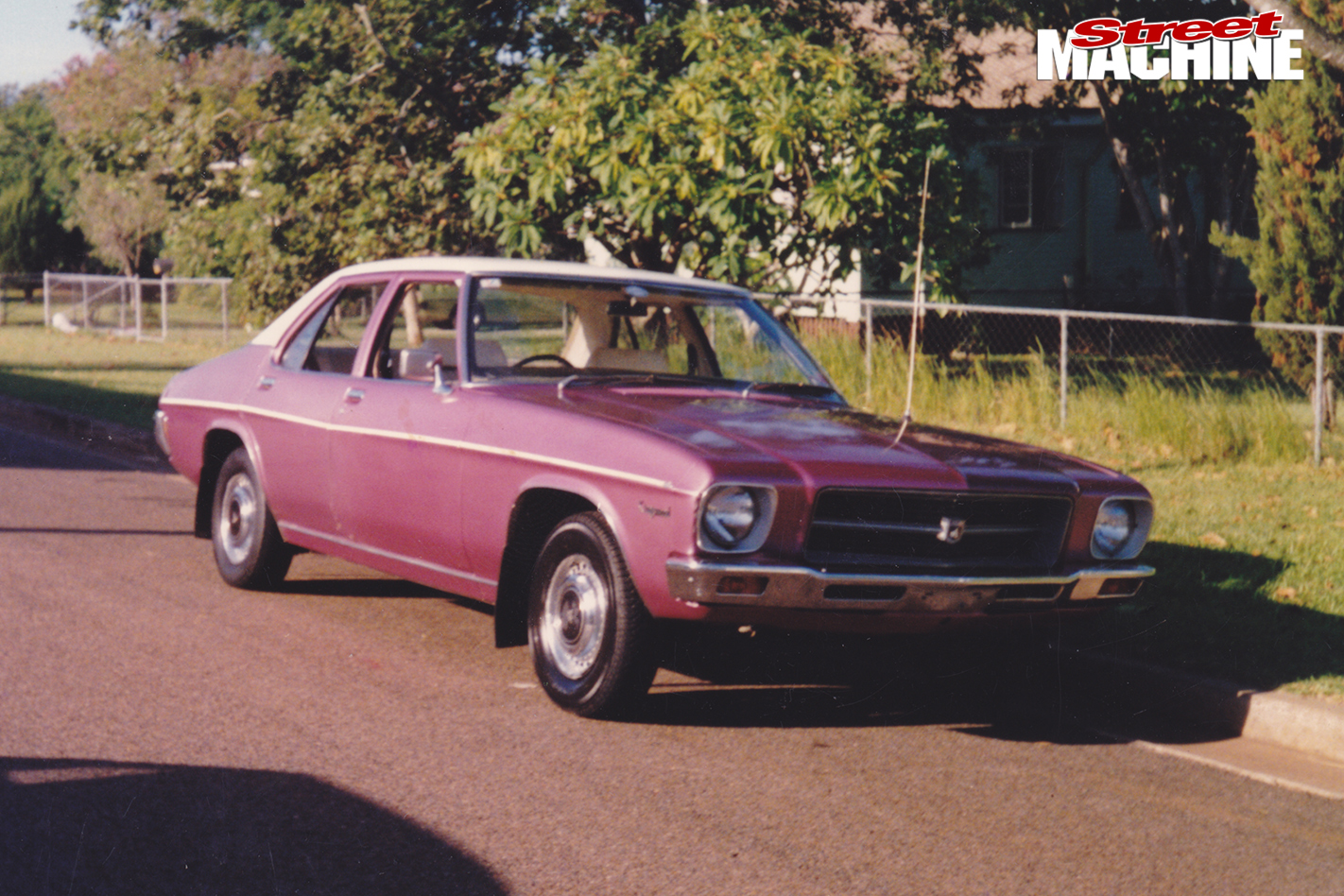 Amongst the show-and-go rides were a number of daily drivers bought for a song and punted around for a year or two. This HQ Kingswood in Orchid Metallic ran a trusty 202 and auto and scrubbed up pretty well for a stocker. “Back then I thought it was just mutton dressed as lamb, but if only we’d had a crystal ball to see what original cars like this would be worth nowadays,” Andrew says. The HQ was replaced with a VK V8 Calais and a couple of other noteworthy rides, including a neat-as-a-pin HT Kingswood and another HQ running a TPI 350 Chev and Convo Pros. 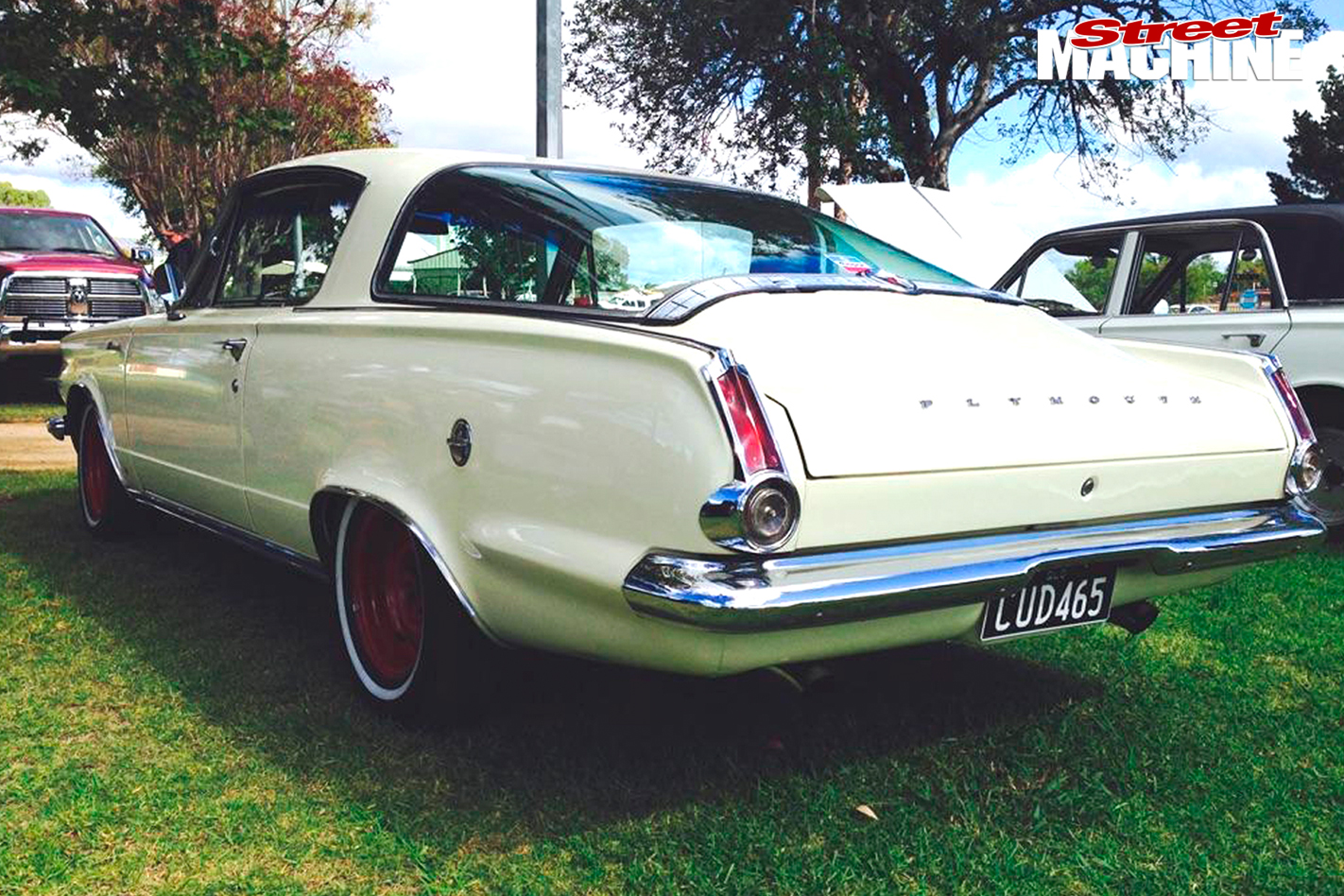 Andrew's current toy is this 1965 Plymouth Barracuda bought at Mopar Sunday 2011. “I felt it was time for something different,” he says. “It is my first Mopar and first Yankee car. I just fell in love with the shape and bought it on the spot; those huge back windows are awesome! It was a one-US-owner buy with 75,000 miles on the clock. It still runs the original 273 engine and 904 Torqueflite. I’ve made a couple of small changes, including a twin system, MSD ignition and Edelbrock four-barrel, along with the red wheels and whitewalls. I’ve clocked up a heap of miles, including a trip to Chryslers On The Murray this year, but am starting to get the drag bug again. I miss having power so I think a 408 stroker small-block is on the cards in the near future.”