UPDATE September 17, 2020:  Sony had long been tight-lipped regarding launch details for its highly-anticipated next-gen Playstation 5 console, but we finally have a confirmed launch date as well as Australian pricing. And if you were struggling to pick between the Playstation and Microsoft’s Xbox Series X and S –  the choice hasn’t gotten any easier as launch details are virtually a dead heat.

The Playstation 5 comes in almost lineball with Microsoft’s flagship Xbox Series X, with an RRP of $749.95.

The Playstation 5 is due to launch locally on November 12, two days after those day-one Xbox buyers will be firing up their machine for the first time.

Pre-orders have also been opened by various local outlets, with many of them selling out early allocations, or withdrawing pre-orders due to overwhelming demand. Check your favourite local outlets. 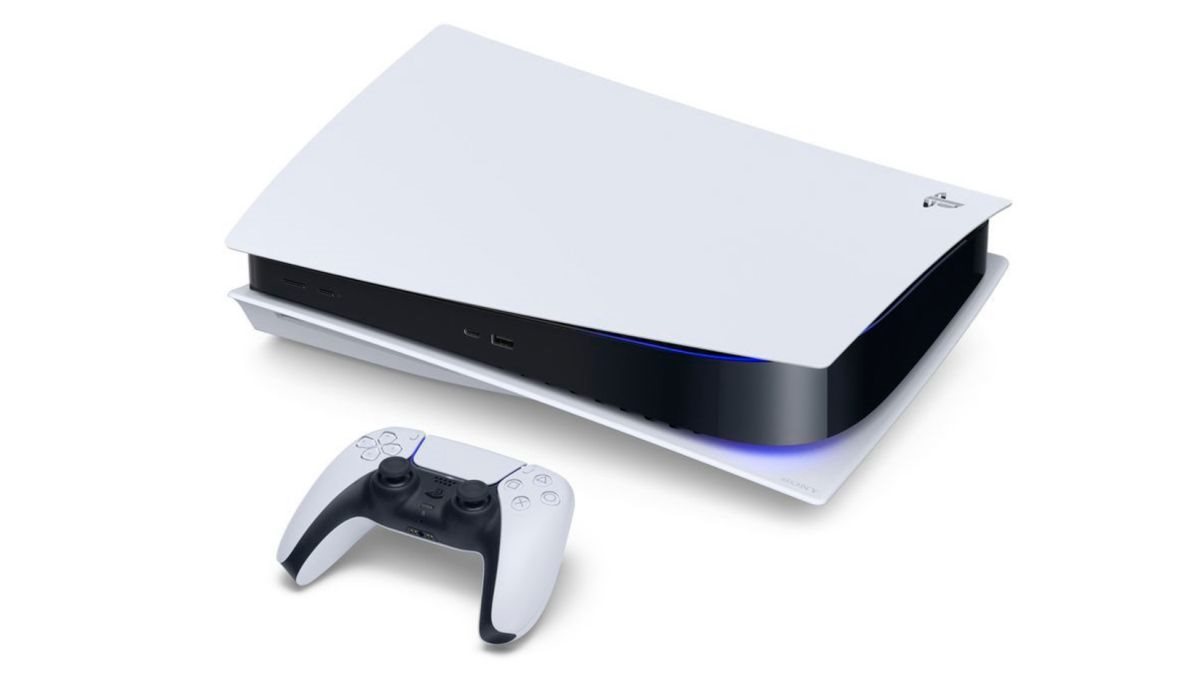 Unlike Microsoft, which has chosen to forge a clear two-pronged difference in specs between its flagship Series X console, and the more affordable Series S; the two Playstation consoles largely differ only in price, and the presence of a physical 4K Blu-Ray disc tray.

The Playstation 5 similarly utilises a custom AMD Zen 2 eight-core 3.5GHz CPU, which splits the Xbox’s 3.6GHz and 3.4GHz capabilities in their Series X and S consoles.

In terms of benchmarking: while Xbox users wanting 4K output will have to fork out for the costly Series X, both Playstation 5 variants come 4K capable out of the box.

Overall, if you are cross shopping between the mainstream Xbox Series S – the Playstation 5 Digital Edition may be worth the extra $100.

But if it’s an out-and-out spec monster you’re after, the Xbox Series X takes top trumps on paper.

Which will you be putting on Christmas list this year?

UPDATE June 12, 2020: "The biggest generational transition, our industry has yet seen" said Sony Interactive Entertainment CEO Jim Ryan, as he opened this morning's 'PS5 - The Future of Gaming' event.

The hour-long livestream event was primarily focused on showcasing next-gen gaming titles, however the Playstation 5 console was revealed in full along with its range of accessories.

We also got a closer look at some features included in the new DualSense controllers. Highlighted features included haptic feedback, adaptive triggers, in-built microphone and speaker, USB port and headphone jack. Full console technical specs have previously been released, you can read more further below. 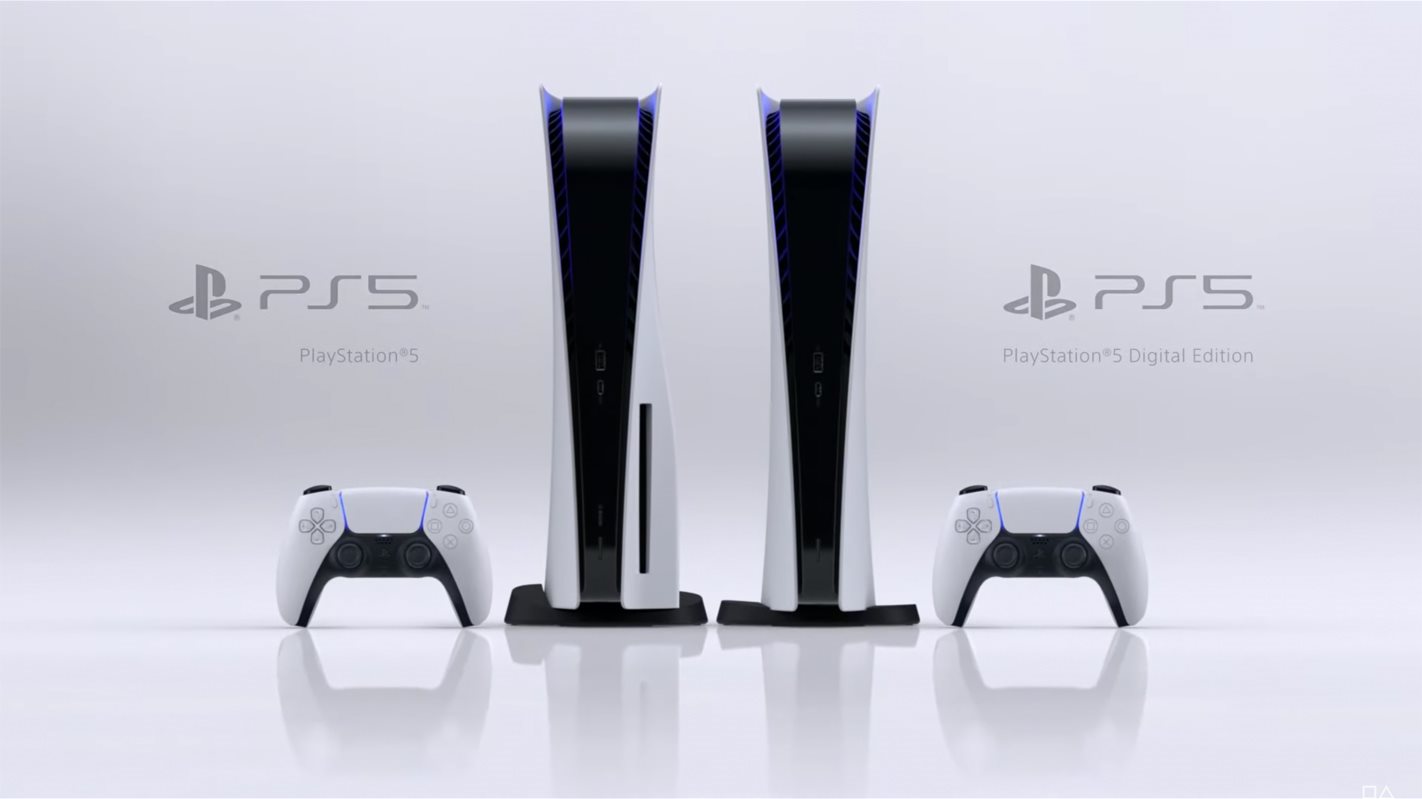 There appears to be two different console variants, a 'digital version' as well as a standard - with the most obvious difference being a disc-drive.

As far as a release date goes: Sony are sticking with "Holiday 2020" for now. And we still don't know how much it's going to cost - though there are rumours that it will exceed the rival Xbox Series X.

The gaming showcase kicked off with a bit of deja vu, announcing that Grand Theft Auto V would be returning "enhanced and expanded" to the next-gen console, with GTA: Online available for free upon launch. Not exactly the GTA 6 announcement many were hoping for. 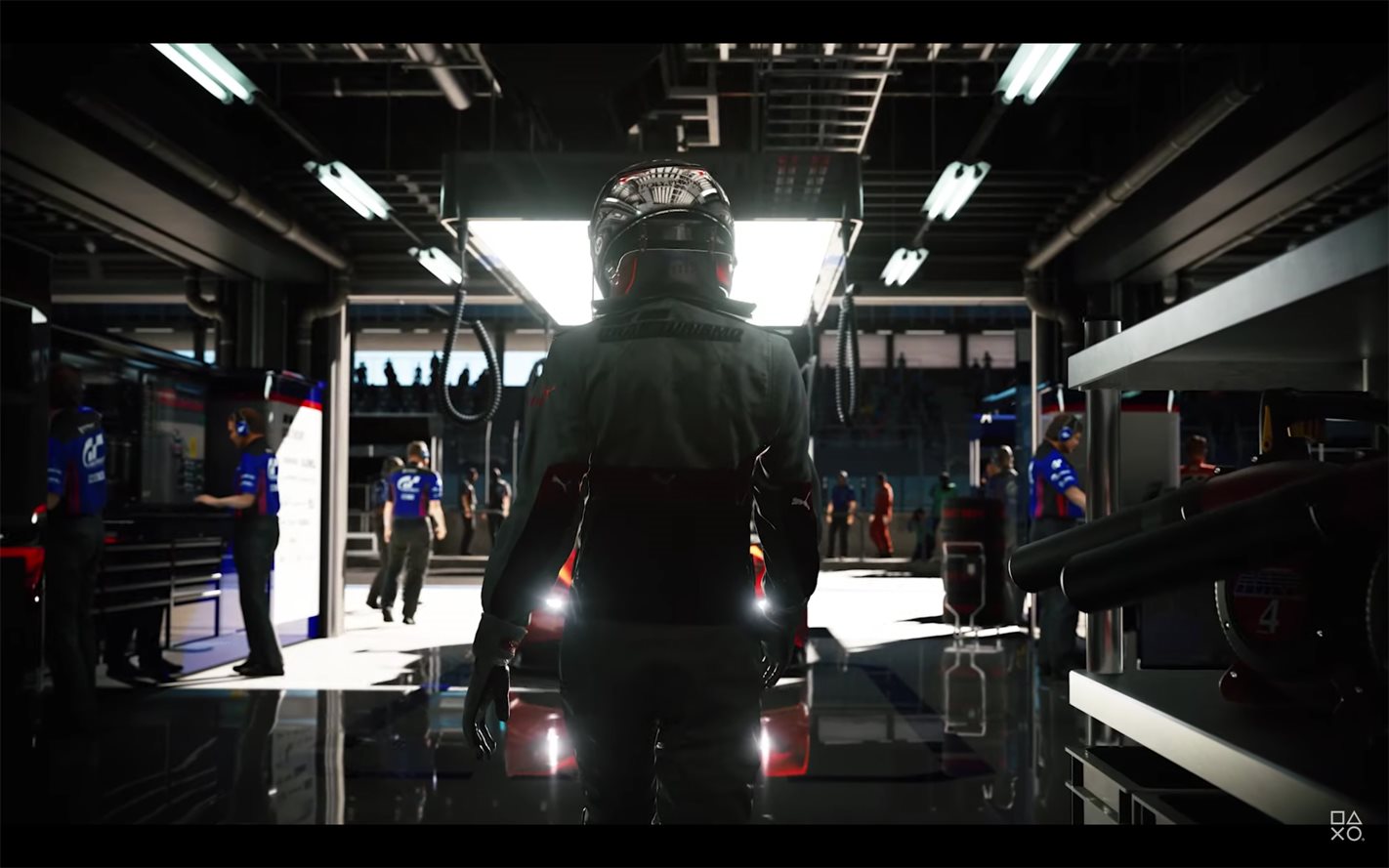 Yamauchi stated that the new campaign mode was especially something for players to look forward, with a small gameplay reel showing the 'GT Town' campaign map as well as a fairly lengthy in-car sequence. Long-time fans will be wrapt with nostalgia, and gladly know that fan favourite features like the used car dealership are making a return. 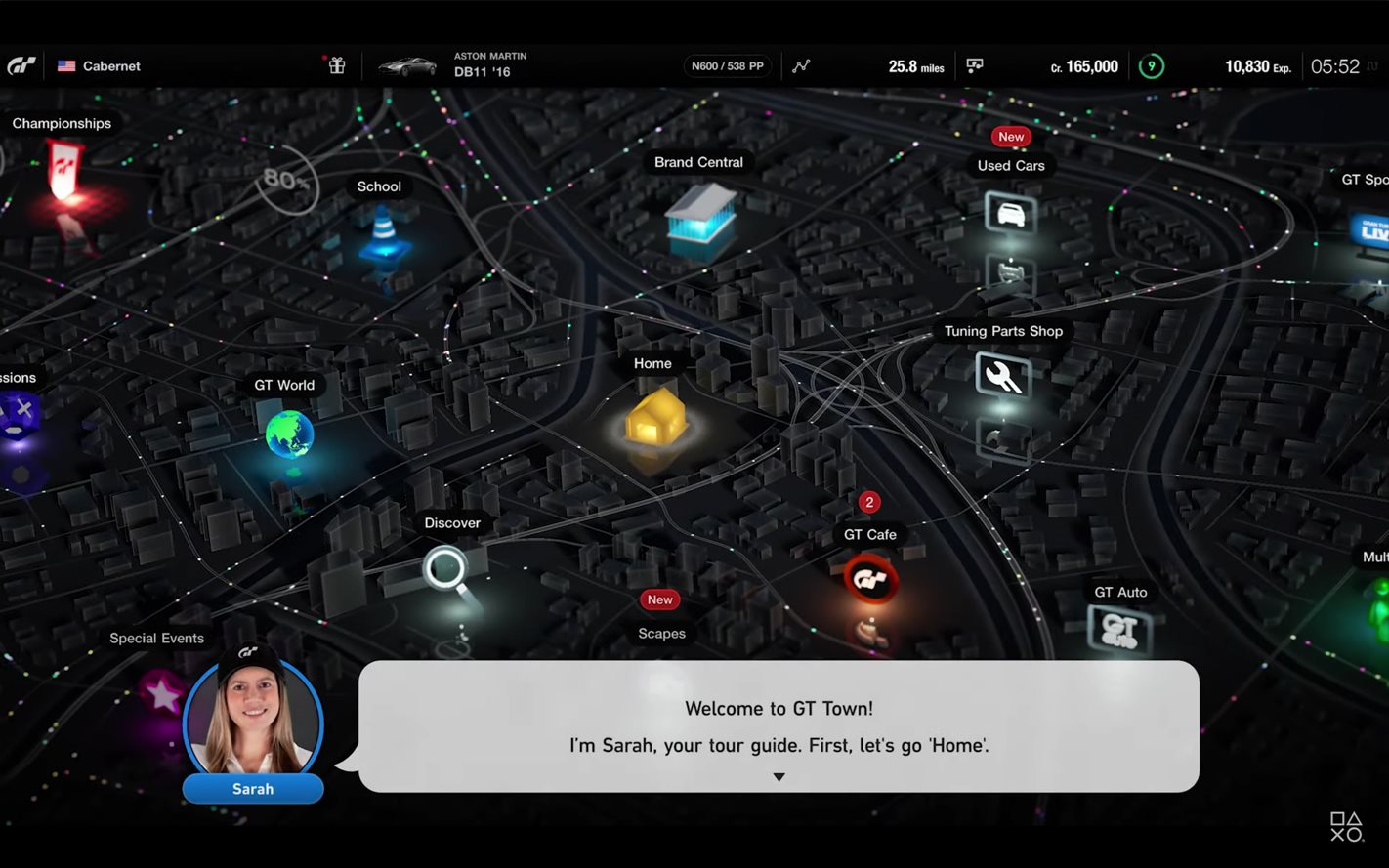 No release date was shared, however given that the Gran Turismo franchise is one of Playstation's great legacy titles, and the fact that this the first sequenced instalment since Gran Turismo 6 of 2013 - we're fully expecting GT7 to be a cornerstone PlayStation launch title.

This is all we have for now, stay tuned for more information as it comes!

Due at the end of this year in time for Christmas (though the current Coronavirus pandemic may see that date push out), the Playstation 5 will offer massive increases in performance over its predecessor, with double the processing power and six times the graphical rendering potential as the Playstation 4. Speaking in a livestreamed presentation earlier today, Playstation 5 lead systems architect Mark Cerny gave a deep dive into what will make the PS5 tick. 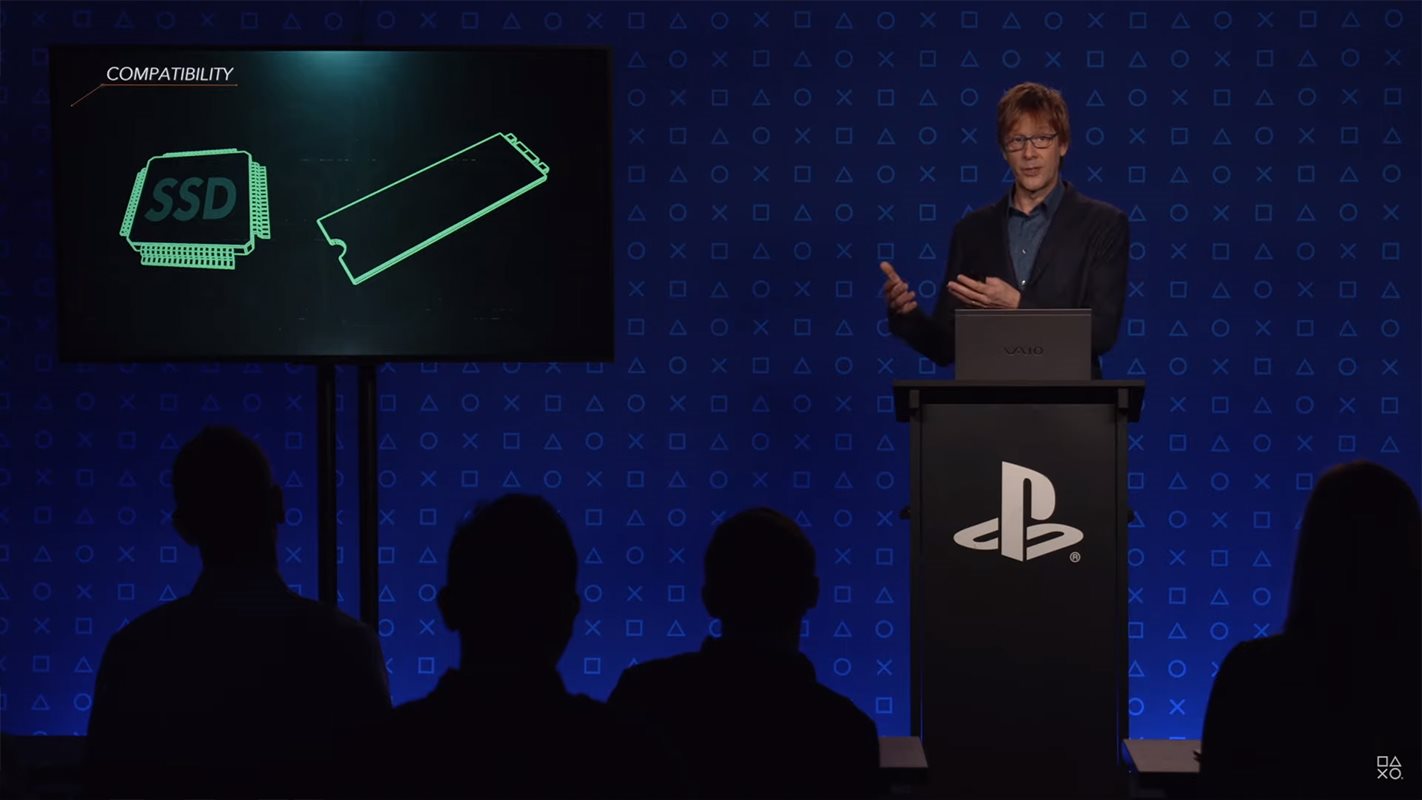 According to Cerny, planning for the PS5 began with discussions with game developers about what they wanted to see in a next-gen console. For the overwhelming majority of them, the answer was "a faster hard drive", specifically an SSD or solid-state drive. While the PS4's internal hard drive was a step forward, its mechanical nature was holding developers back

“It was clear that having a hard drive in every Playstation 4 was having a positive impact. A lot of things that would have been impossible at BluRay disc speeds were now possible. At the same time though, in 2015 and 2016 when we were having these conversations [about Playstation 5], developers were banging up against the limits of the hard drives and a lot of developer time was been spent designing around slow load speeds.” 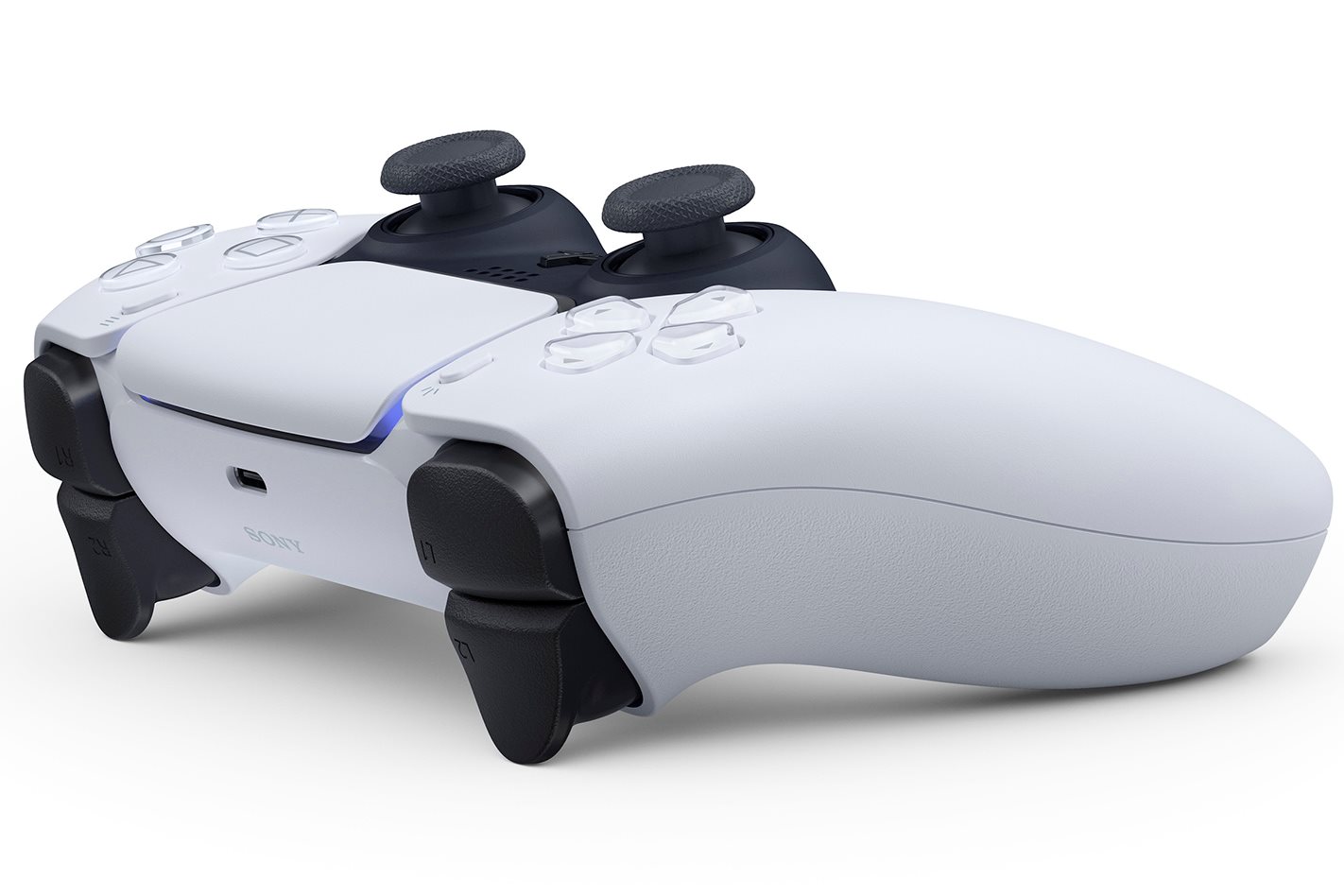 Thanks to some optimization, 5.5GB/S speeds were unlocked by Sony’s engineers, which is around twice as fast as what Microsoft’s next-generation console, the Xbox Series X, will be able to deliver.

And the result is an ultra-fast SSD with 825GB of storage space, expandable by a built-in PCIe slot for a second SSD. With Sony following the rest of the industry and moving towards digital distribution, hard drive space will be critical, and in the event two internal SSDs aren’t enough, an additional hard drive can be plugged in via a USB cable. 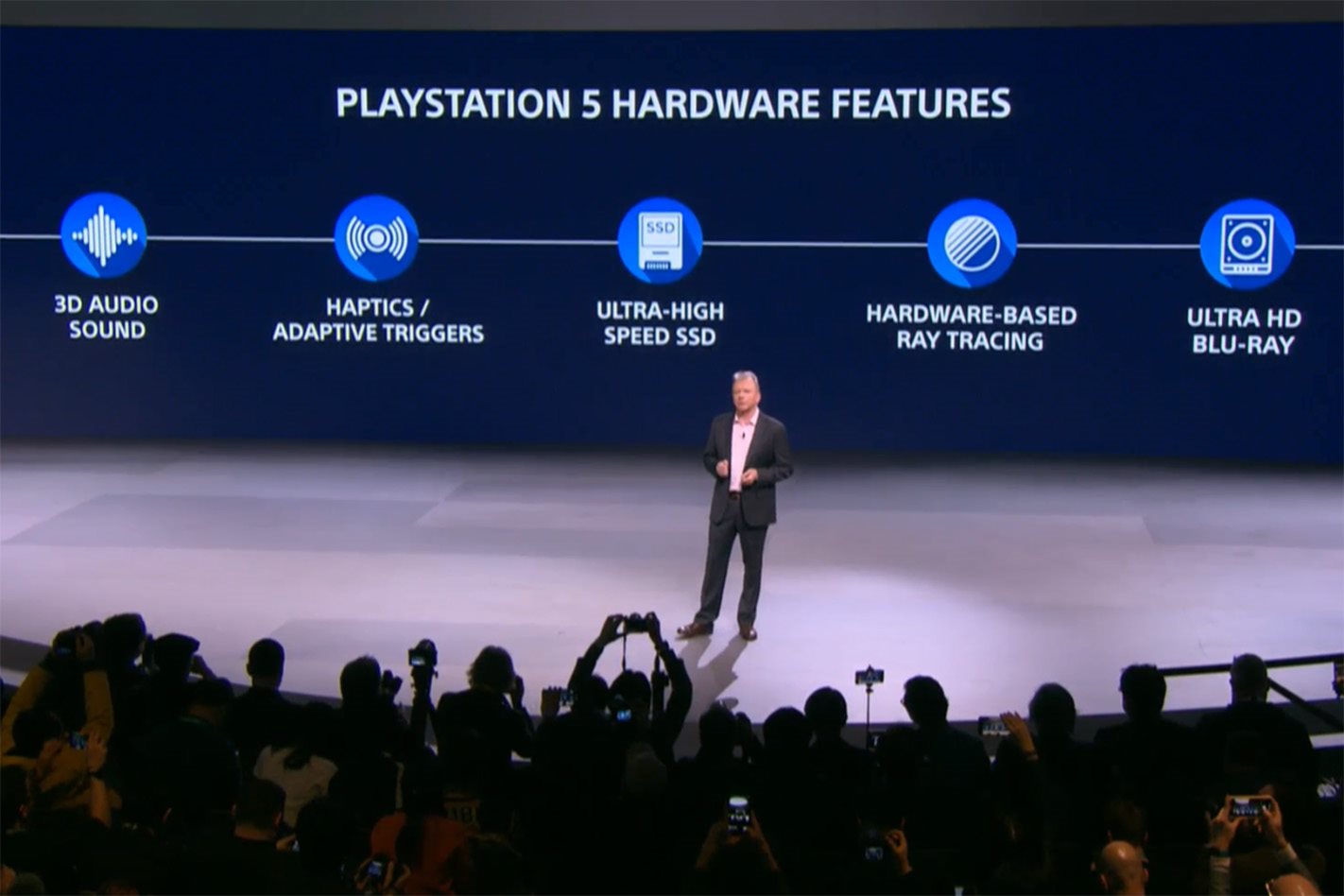 A 4K UHD Blu-ray disc drive will be built in, giving an equal capacity to read optical media as the upcoming Xbox Series X. On top of that, the Playstation 5 will boast 16GB of GDDR memory.

Running the show will be an 8-core Zen 2 CPU with 3.5 gigahertz clock speed per core, representing more than double the PS4’s processing power. With its AMD-sourced custom graphics processor generating an additional 2.23GHz for each of its 36 compute units, the PS5’s raw graphics potential measures nearly six times higher than the console it will replace.

READ MORE: How does the next-generation Xbox compare to the PS5? Find out here!

While the console is still yet to be revealed, we now know what the PS5's new gamepad will look like. Dubbed the DualSense, the all-new wireless gamepad loses the recognisable form factor of the DualShock 4 that preceded it in favour of a more ergonomic shape. Housed within are haptic force motors to deliver greater 'textural' sensations into your fingers and palms, while adaptive triggers alter their tension depending on the game. That could mean a satisfyingly stiff left trigger for braking, and a much smoother right trigger for the accelerator.

The DualSense controller also integrates a player-facing microphone, meaning you won't need to invest in a headset in order to be heard.

There’s loads more nitty-gritty tech detail in Sony’s announcement, so if you’re curious about learning not just how but why Sony pursued these specs for the Playstation 5, give the video below a watch.

Meanwhile, Sony is still keeping the actual appearance of its next-generation gaming console under wraps, though leaked images of industry development kits have let at least some of cats out of the bag. 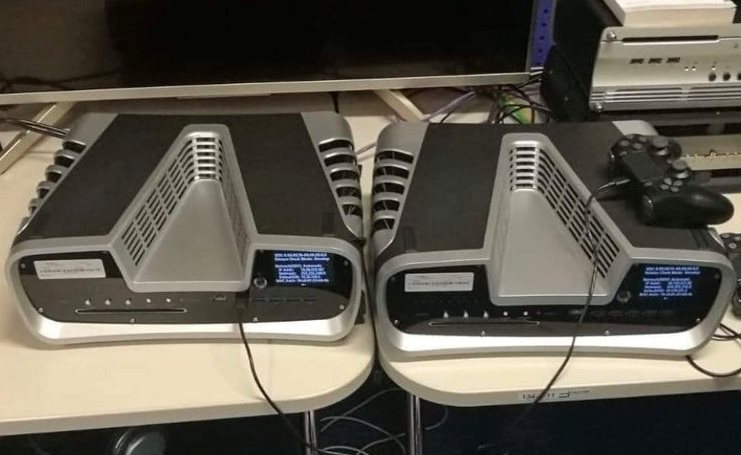 At CES back in January, Sony Interactive Entertainment chief Jim Ryan also confirmed several other technology highlights of the upcoming PS5, such as hardware-based ray-tracing for realistic lighting and shadows, enhanced gamepad haptics and trigger buttons capable of feedback and 3D audio.

While Ryan also announced that over five million Playstation VR headsets have been shipped since its launch, there has been no mention of new products using Sony’s Playstation VR technology - or indeed of a second-generation PSVR headset

It has been confirmed in the past that the PS5 will at least be compatible with current Playstation VR hardware, though. That’s good news for current owners of Playstation's virtual-reality hardware, however we’re keen to see if a second-generation headset is also shaping up for a Q4 2020 arrival, and what it’ll be capable of. From a sim-racing point of view the immersion boost granted by VR is a genuine game-changer, and with Sony’s flagship racing title Gran Turismo Sport being very much VR-friendly, we’d expect Sony will be eager to exploit that further with the PS5’s gruntier hardware.

And that’s it for now. We’ll have more as Sony trickles out information in the lead up to the PS5’s launch. Oh, there’s one last thing: if you were concerned about the appearance of the PS5 developer kits above and their weirdly-generic styling and V-shaped cooling vents, don’t be: they’re likely nothing like the retail Playstation 5 and are designed to be easily stackable, not good-looking. 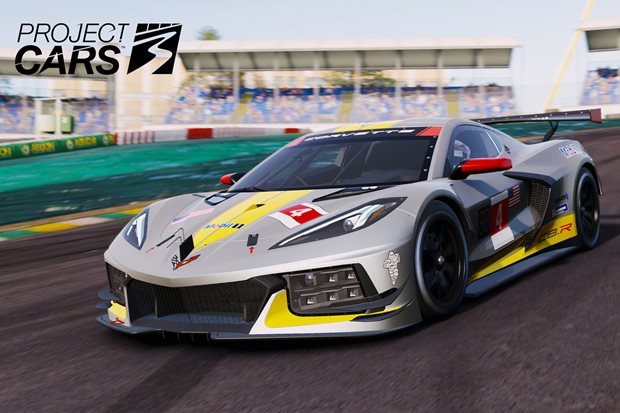 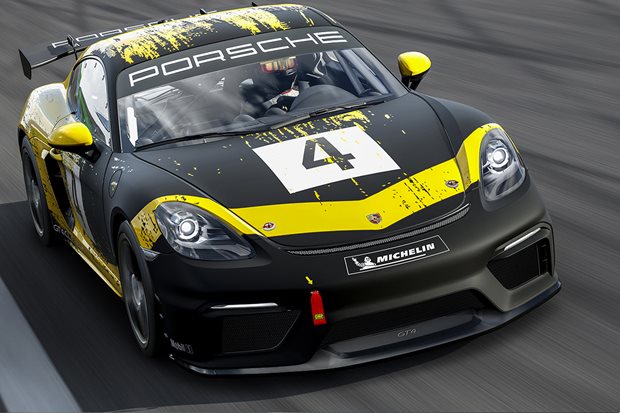