As expected, the more affordable Xbox Series S will land on Australian shelves for a suggested retail price of $499 while the flagship Series X will be priced locally at $749.

Curiously, this presents a $100 increase over the current-generation Xbox One X being launched locally at $649, despite both wearing an international MSRP of US$499.

Despite the generational increase, rumours still suggest that the rival Playstation 5 will exceed that of the Xbox Series X, although the ball is now firmly in Sony's court regarding launch details for its PS5.

In line with yesterday's overseas launch date announcement, both the Xbox Series S and Series X will be available as of November 10. Pre-orders will open later this month on September 22.

Full specs for the Xbox Series X have previously been outlined below, however the Series S offers a cheaper buy-in in exchange for slightly lower specs.

Both consoles include a rapid NVME solid state drive which promises super fast loading times, with allowances for expandable storage cards. The Series X boasts a native storage capacity of 1TB while the Series S has 512GB.

It's also worth noting that the Series S is a digital-only console, while the Series X includes a 4K UHD Blu-Ray disc drive.

If you’re curious about what you’ll be playing the next generation of Forza Motorsport and Forza Horizon on, ponder no longer: Microsoft has revealed its fourth-gen console, dubbed the Xbox Series X, and it’s going to be one powerful machine.

Previously known as Project Scarlett, the upcoming Xbox will generate four times the computational grunt as the current Xbox champ, the One X - a massive 12 teraflops of GPU power. Considering the One X boasted around 4.5 times the graphics processing power as the original Xbox One, the Series X and its AMD-supplied processors should barely sweat while rendering games at 4K resolution. 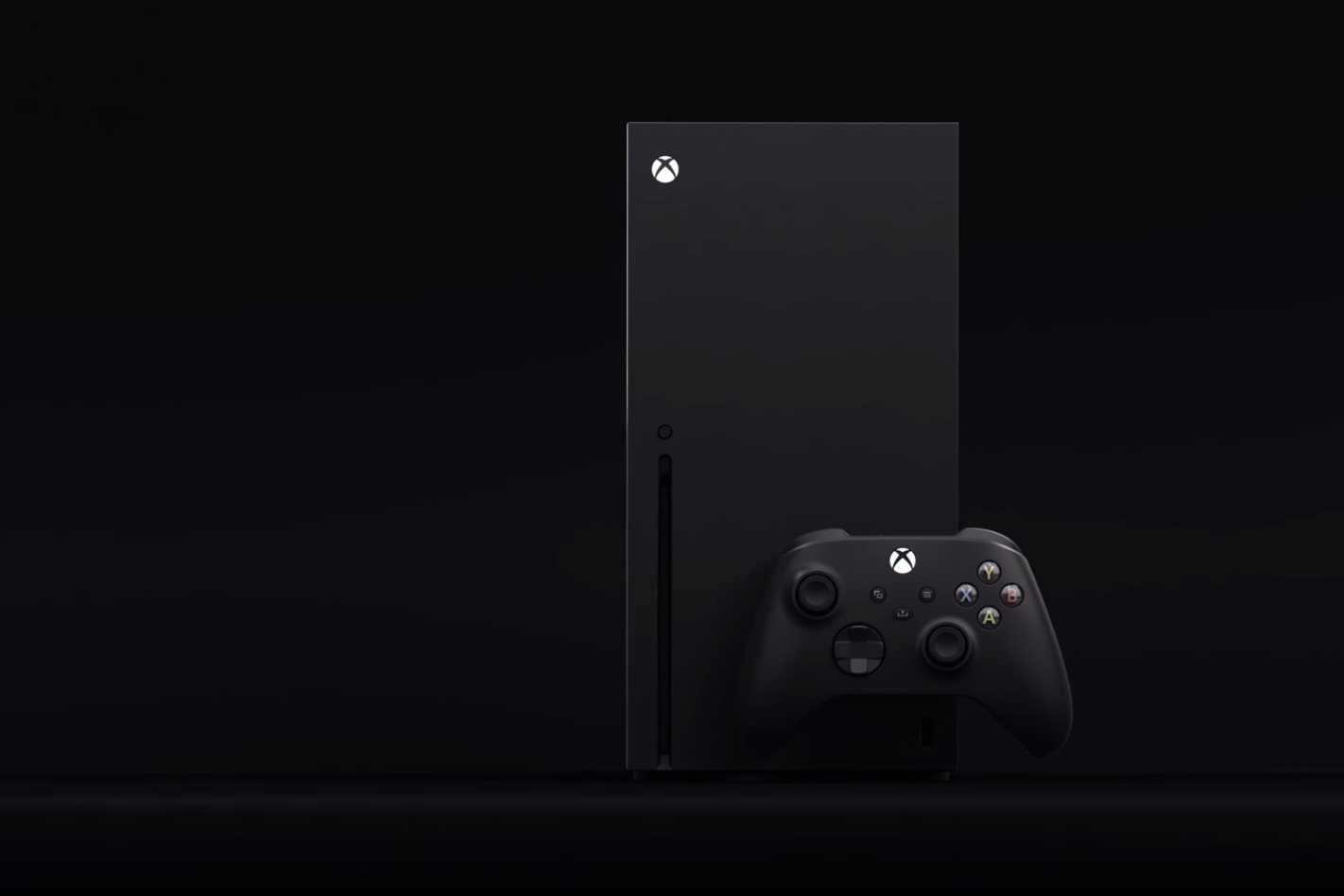 “Xbox Series X will be our fastest, most powerful console ever and set a new bar for performance, speed and compatibility,” said Phil Spencer, head of Microsoft’s Xbox division.

“Its industrial design enables us to deliver four times the processing power of Xbox One X in the most quiet and efficient way, something that is critically important in delivering truly immersive gameplay.”

Want some specific numbers? Spencer claims 4K gaming at 60 frames per second will be easily achieved, with 120FPS and 8K resolution possible – though obviously not at the same time. Hardware-accelerated ray tracing should see incredibly lifelike graphics (think accurate reflections in car paint and water puddles, and ultra-realistic shadows), and Microsoft says the Series X will deliver “a new level of performance never before seen in a console”. 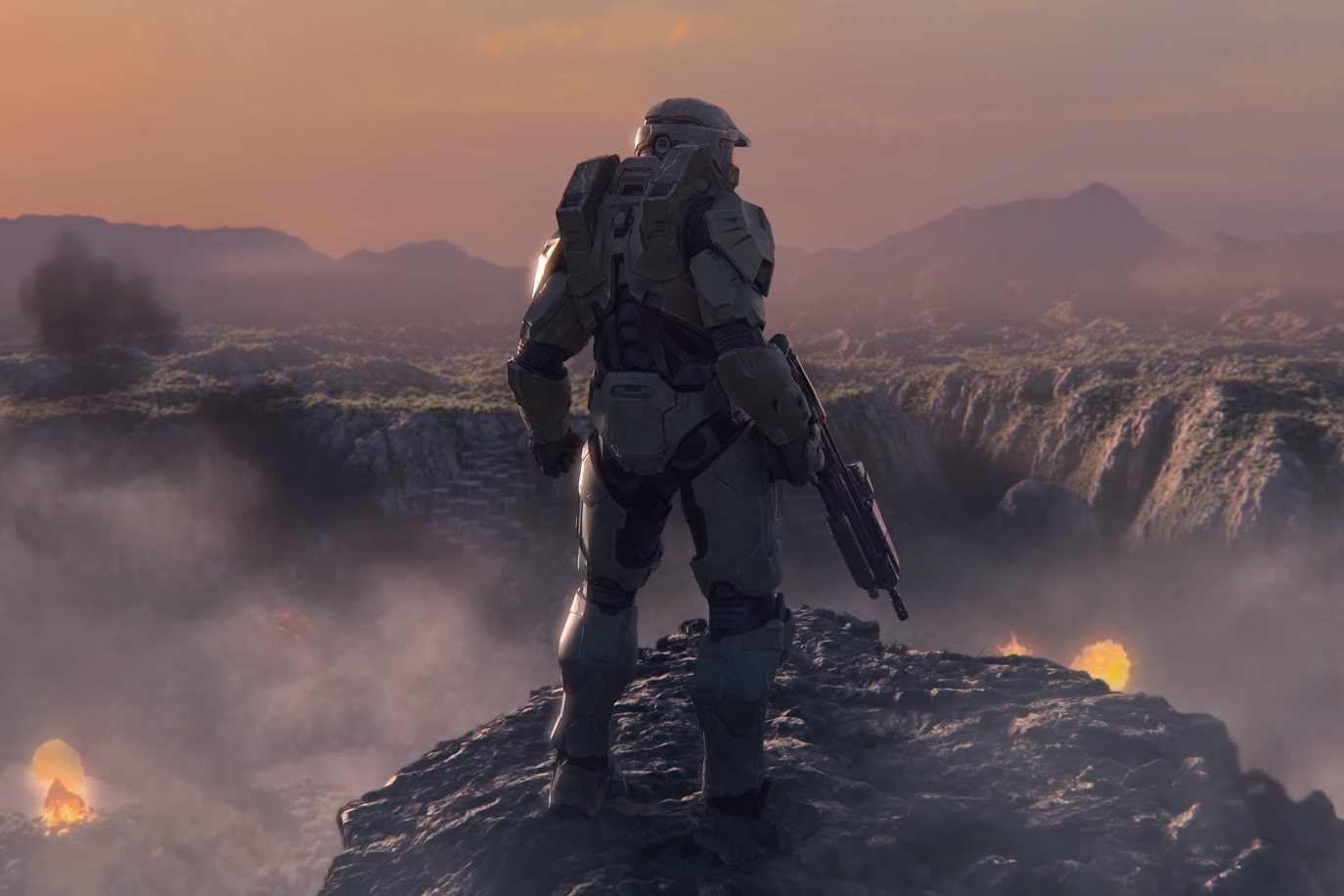 A big claim, and one that Sony will no doubt be scrambling to challenge when the Playstation 5 arrives at the end of this year.

The console's performance all comes from a custom-designed processor manufactured by AMD and based on their Zen 2 and RDNA 2 architecture. Hard drive size is 1TB for the flagship Series X with compatibility for expandable storage.The  SSD memory will cut loading times and deliver enough storage for the larger game worlds and high-def textures of the platform's next-generation games. HDMI 2.1 protocol will take those juicy graphics to your TV or monitor. 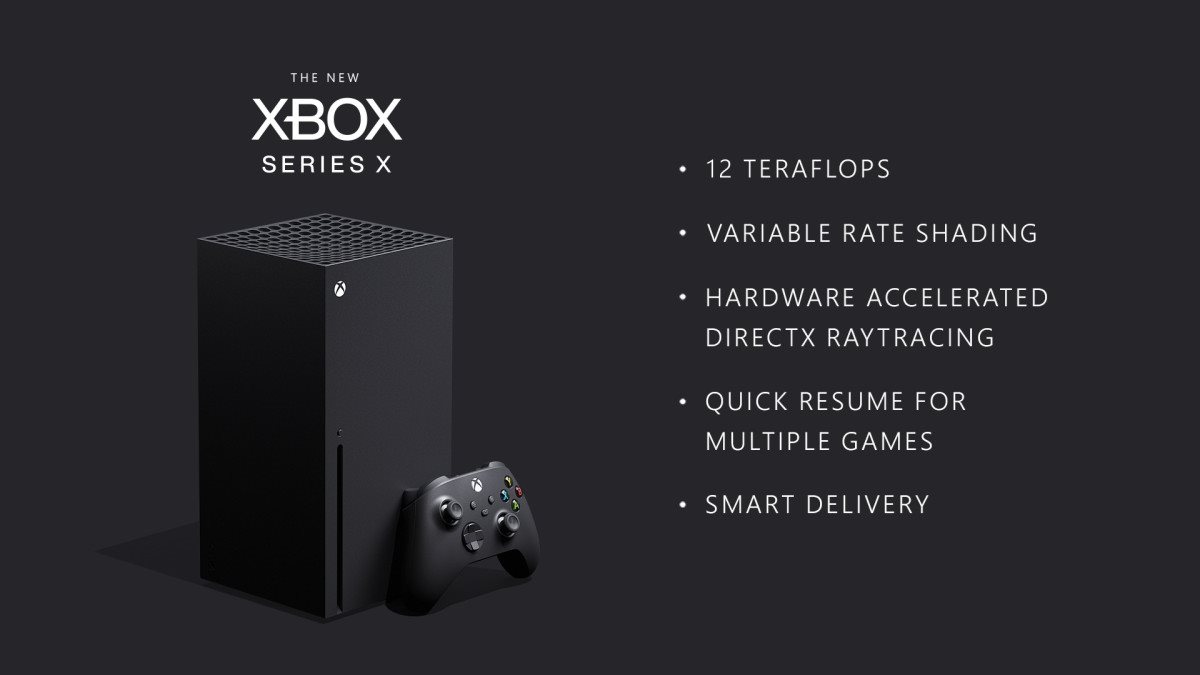 Hardware-accelerated DirectX raytracing will boost graphics immersivity even further, with better lighting, sharper reflections and even more realistic acoustics - though there's curiously no mention whatsoever of a VR capability. 'Quick Resume' will allow multiple games to be paused and resumed almost instantly, for those that like to hop from game to game in a single session.

READ MORE: Forza Motorsport 7, is it still the best racing game on Xbox?

Built into an upright black housing somewhat reminiscent of a PC tower (how very Microsoft), Spencer said Xbox Series X will deliver its impressive performance in “the most quiet and efficient way”. Is there some Apple-style passive cooling in there? We’ve yet to find out.

Don’t like the Series X’s monolithic tower config? Microsoft has designed it to work in a horizontal orientation as well, which indicates there must be some special thermal management trickery to enable it to stay cool in both positions – or at least enough fans to force-feed air through it when it’s laid sideways.

It’s not the only new hardware to be revealed so far. The Xbox Wireless Controller will be paired with the Xbox Series X and promises better ergonomics for a “wider range of people” (we think that means it’s better for bigger hands) as well as out-of-the-box compatibility with Windows 10 PCs. There’s also a dedicated one-touch screenshot and clip capture button, while Microsoft says its new Dynamic Latency Input tech will reduce controller lag to nearly-imperceptible levels through a new proprietary wireless protocol.

Oh, the cherry on top? You won’t need to cling onto your old Xbox, as the Series X will be backwards-compatible with all prior Xbox titles as well as all Xbox One peripherals. 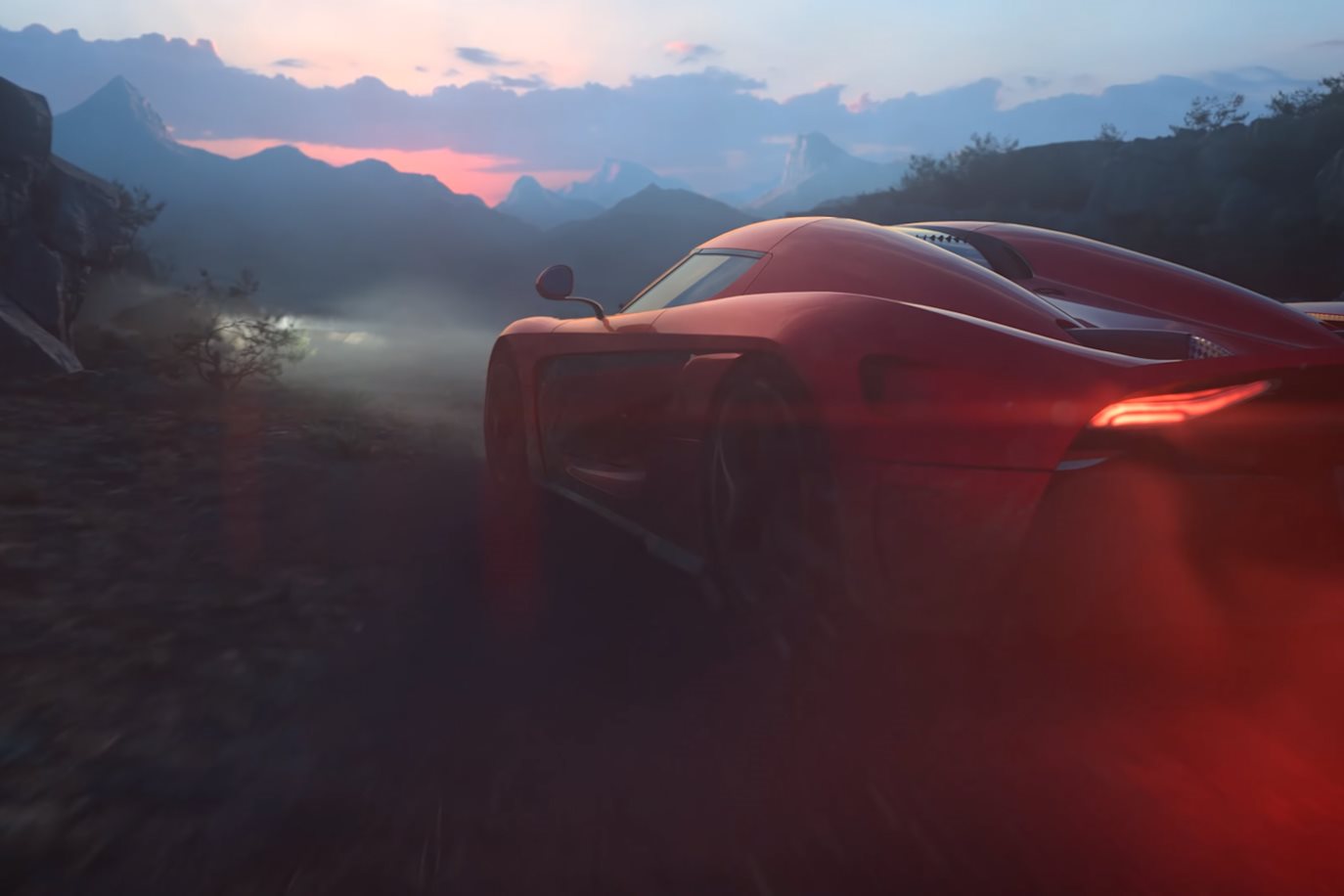 The specs sound promising so far, and judging by the prominent placement of a Koenigsegg Regera in the official reveal video above there should be a Forza title available at launch. It’s no secret that Forza Motorsport 8 was delayed to align it with Series X, so odds are that title is already chambered and ready to fire.

We’ve got a wait ahead of us though. The Xbox Series X is slated to release in “Holiday 2020”, or the fourth quarter of this year. Don’t hock your Xbox One just yet. 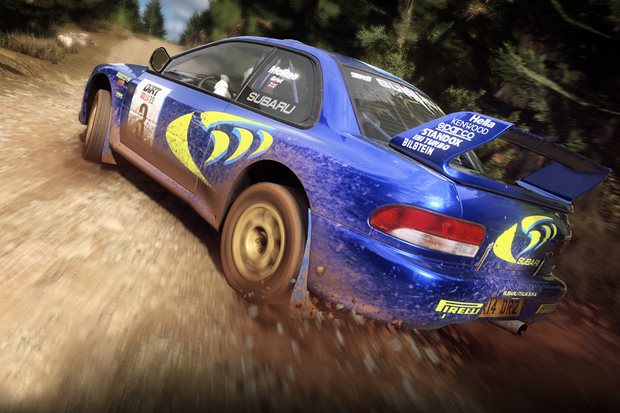 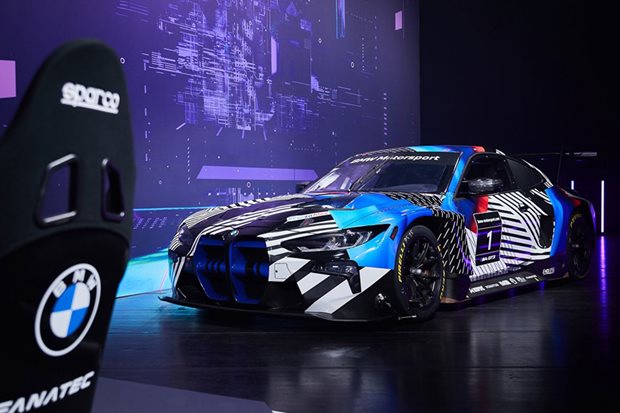 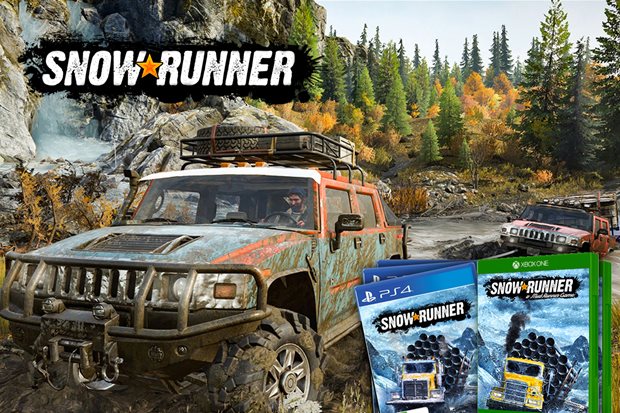 Win a copy of Snowrunner!