The iDrive Throttle Tuner is taking the market by storm.

THE iDrive throttle tuner is a clever bit of tech that sharpens up your vehicle’s throttle response and reduces any lag.

It doesn’t interfere with a car’s ECU, power, torque or fuel delivery; rather it simply alters the throttle curve depending on driving style by providing new points of reference for the throttle mapping.

The unit spawned back in March, 2015. Back then, the business budgeted three units per day, and the company shifted 3000 units that year. 18 months later and iDrive Australia is selling a massive 600 units per month. 50 per cent of which are fitted to the popular Ford Ranger 4x4. 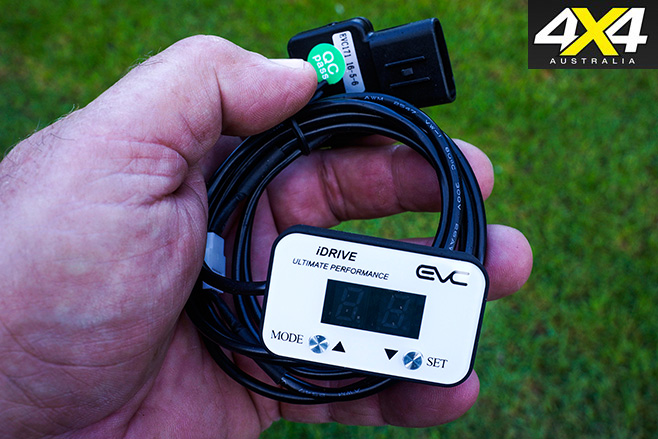 The entire kit. No wonder installation takes only two minutes.

iDrive Australia’s General Manager, Tim Tettamanti, dropped in to the 4X4 Garage to chat about the small unit that’s making massive waves in the aftermarket industry.

“Basically the iDrive is an electronic throttle controller that works on late-model vehicle’s fly-by-wire systems,” Tim told us. “They remap the throttle and basically allow you to adjust it to suit the conditions, whether you’re on-road or off-road.”

This is achieved by sharpening the lag of a modern turbo-diesel engine when on-road, but then relaxing again once you hit off-road tracks. 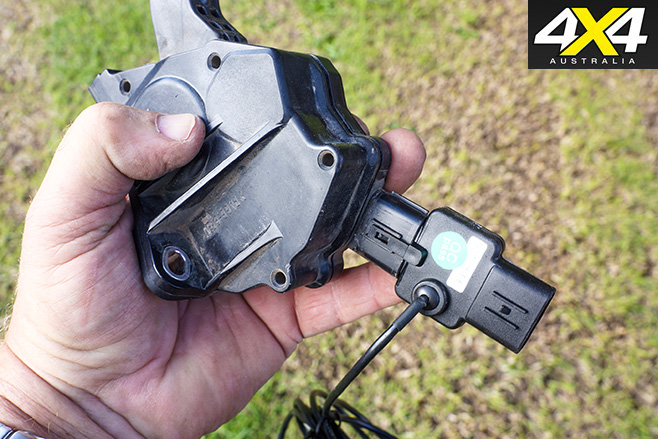 Some find it easier to remove the accelerator pedal assembly to fit the plug.

The iDrive features multiple settings for different driving styles: Eco Mode, Ultimate Mode and Automatic Control Mode (the Eco and Ultimate Modes have settings from one to nine). Setting the iDrive apart from the competition is its Automatic Control function, which alters throttle performance based on the pressure the driver applies to the pedal. 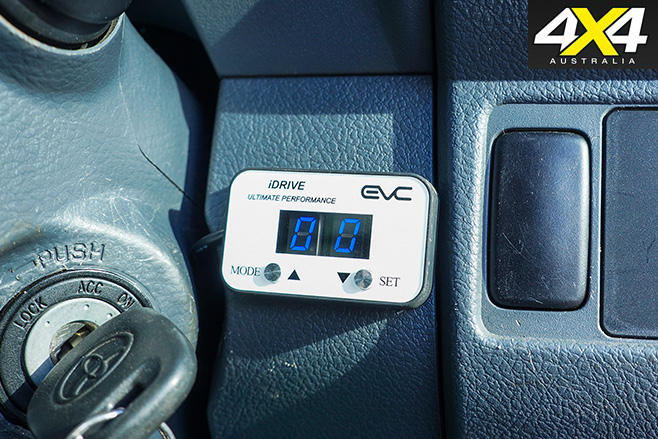 Put it in the set-and-forget Automatic Control mode.

Installation is a breeze, and Tim demonstrated just how easy it is by completing the full installation in less than two minutes.

“We don’t like to judge anyone’s mechanical ability, but the fitment of these is quite simple,” Tim added. 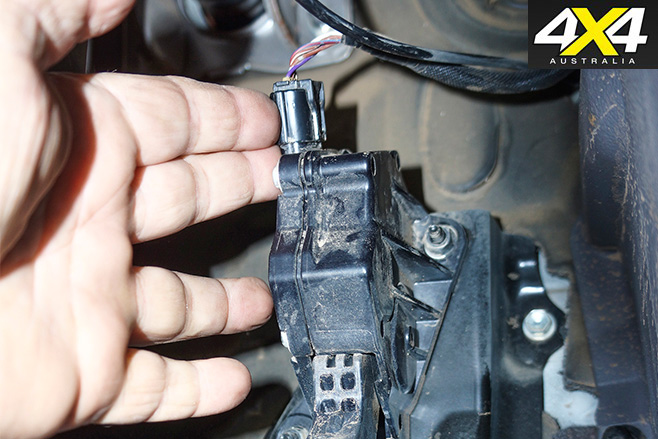 Plug the iDrive into the accelerator pedal assembly.

No tools are required and the fitment should take three minutes at the most for non-mechanical types.

Business is booming for Tim, and it’s no surprise – Ron Moon’s been raving on about it for months in his 4x4s and, after a quick spurt in an iDrive-equipped Ford Ranger, now we’re sold, too.

We took the PX Ranger out the following day and kicked things off in the standard setting that uses the OE throttle calibration, and the Ranger felt like any other. With the setting switched to Eco Mode the Ranger required more throttle input to get a result, and this slow throttle is what you want for off-road use. 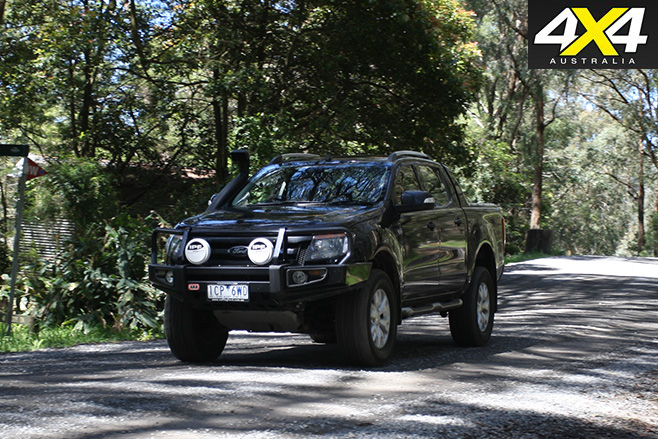 iDrive sharpens throttle response when on the tarmac.

Pressing the button again chose one of the Ultimate Modes, and the pace picked up dramatically. The Ranger surged ahead at the same throttle application and responded much quicker to any input. The most aggressive of these modes actually felt too sharp for regular street use, but it would be good when you’re getting on with business.

Auto Mode is the one to use for regular driving. It adjusts automatically to how you drive, using a lazy throttle application or a quicker one, giving you the best setting for your style. 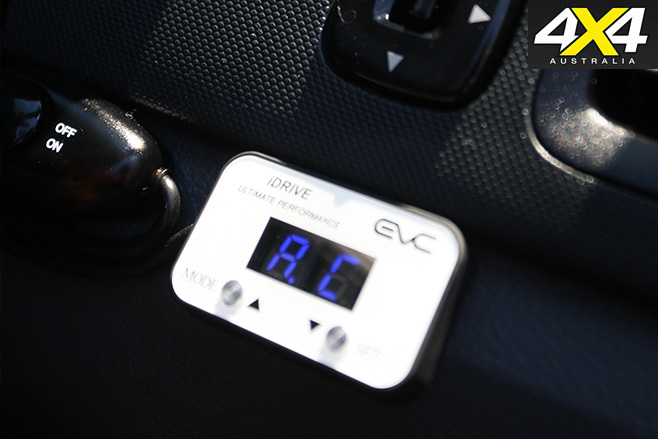 Adhesive sticks the small control unit anywhere on the dash.

The iDrive throttle tuner retails for $299 and is available for most popular modern 4x4s that use an electronic throttle connection. Tim also gets requests from track-goers looking to give their small-capacity turbo engines an edge. 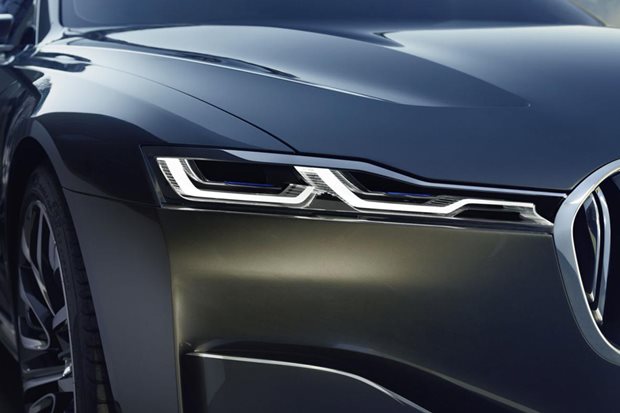 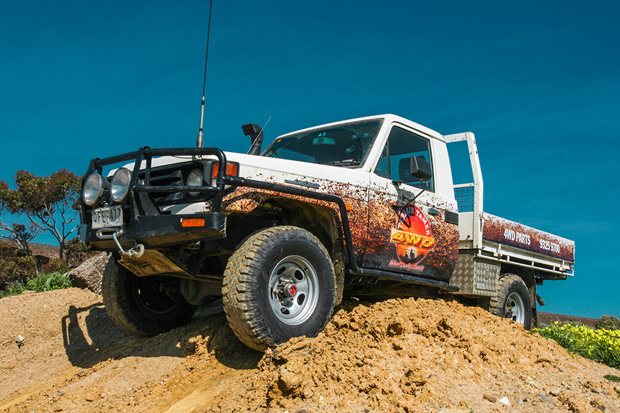 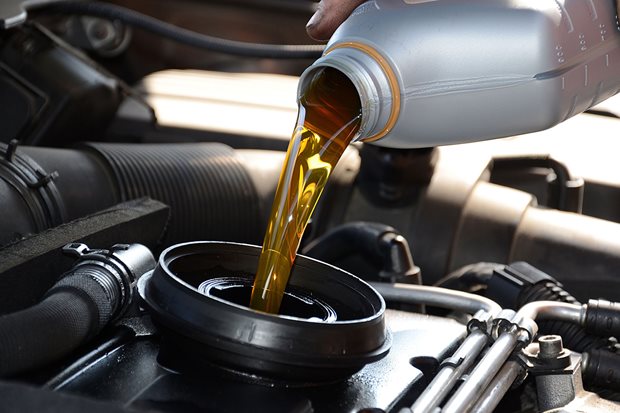 Which engine oil is best for your car?

We explain how to make sense of all those confusing engine oil labels.