Who else hates the time it takes to deflate and reinflate tyres every time dirt turns to sand?

AIRING down and pumping tyres back up is part and parcel of off-road touring. When you’re driving over a variety of road and track surfaces – bitumen to sand to rocky and rutted trails – keeping tyre pressures at the optimum level lowers the chance of punctures and provides more traction and a far better ride for the vehicle’s occupants.

But it can be a pain, especially when reinflating to road pressures – crouched beside your rig’s four tyres, waiting patiently for that compressor to push in enough air, while the kids start the ‘hurry up’ chant. 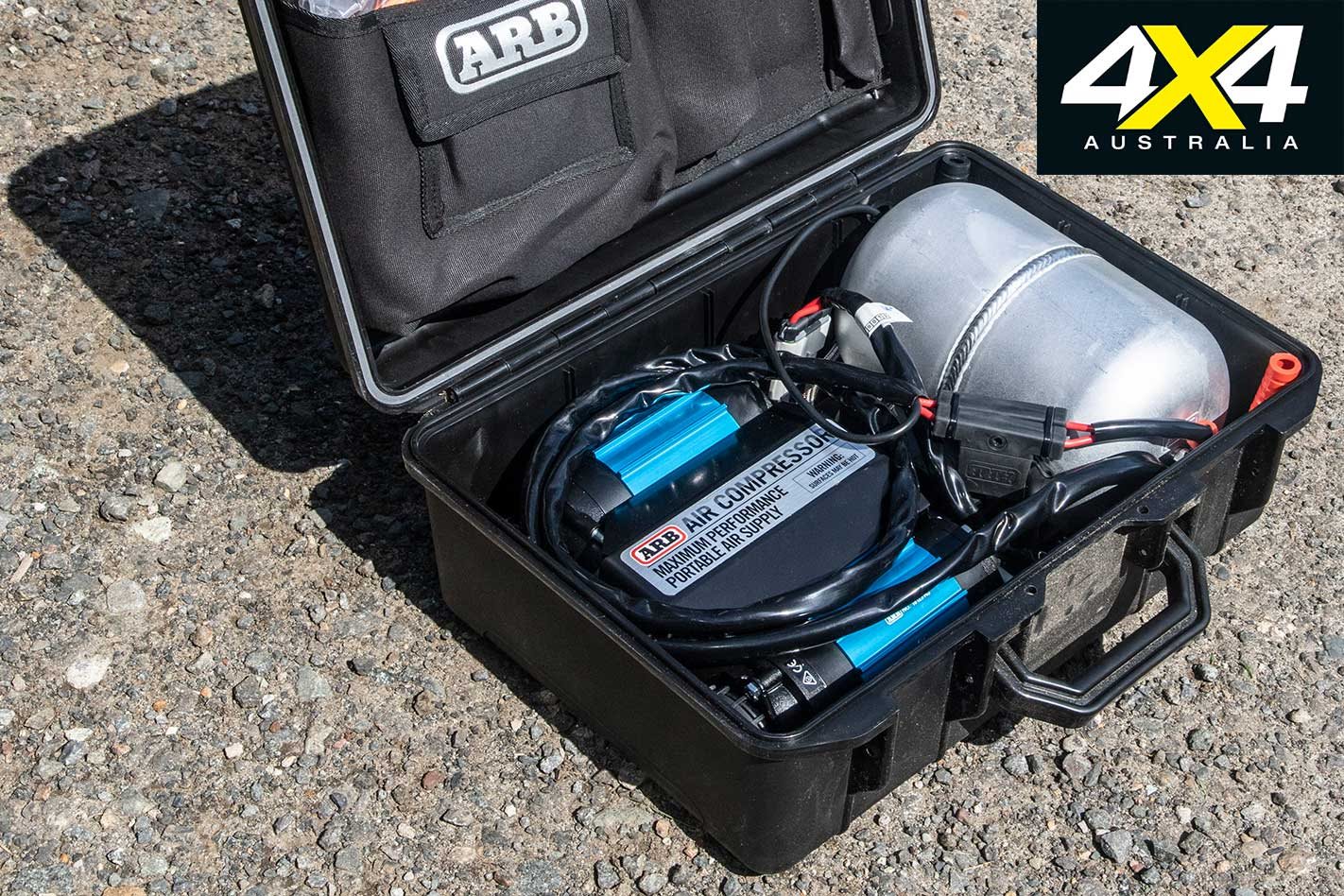 This becomes tiresome if you tour regularly, and it’s the ideal scenario for a high-output air compressor.

ARB’s big-bopper CKMTP12 twin air compressor is a twin-cylinder/twin-motor setup that boasts a 100 per cent duty cycle. It includes a four-litre air tank housed in a tough, waterproof hard case (you can opt to have it permanently mounted inside your vehicle/engine bay sans air tank, if needs be).

Further boosting the all-round durability is the fact the unit is sealed against dust/water ingress, with ARB claiming the twin sintered-bronze air cleaners are capable of keeping even the fine particles of bulldust out of the motor. Add in hard-anodised cylinder bores and carbon-fibre seals, and the chance of failure is miniscule. 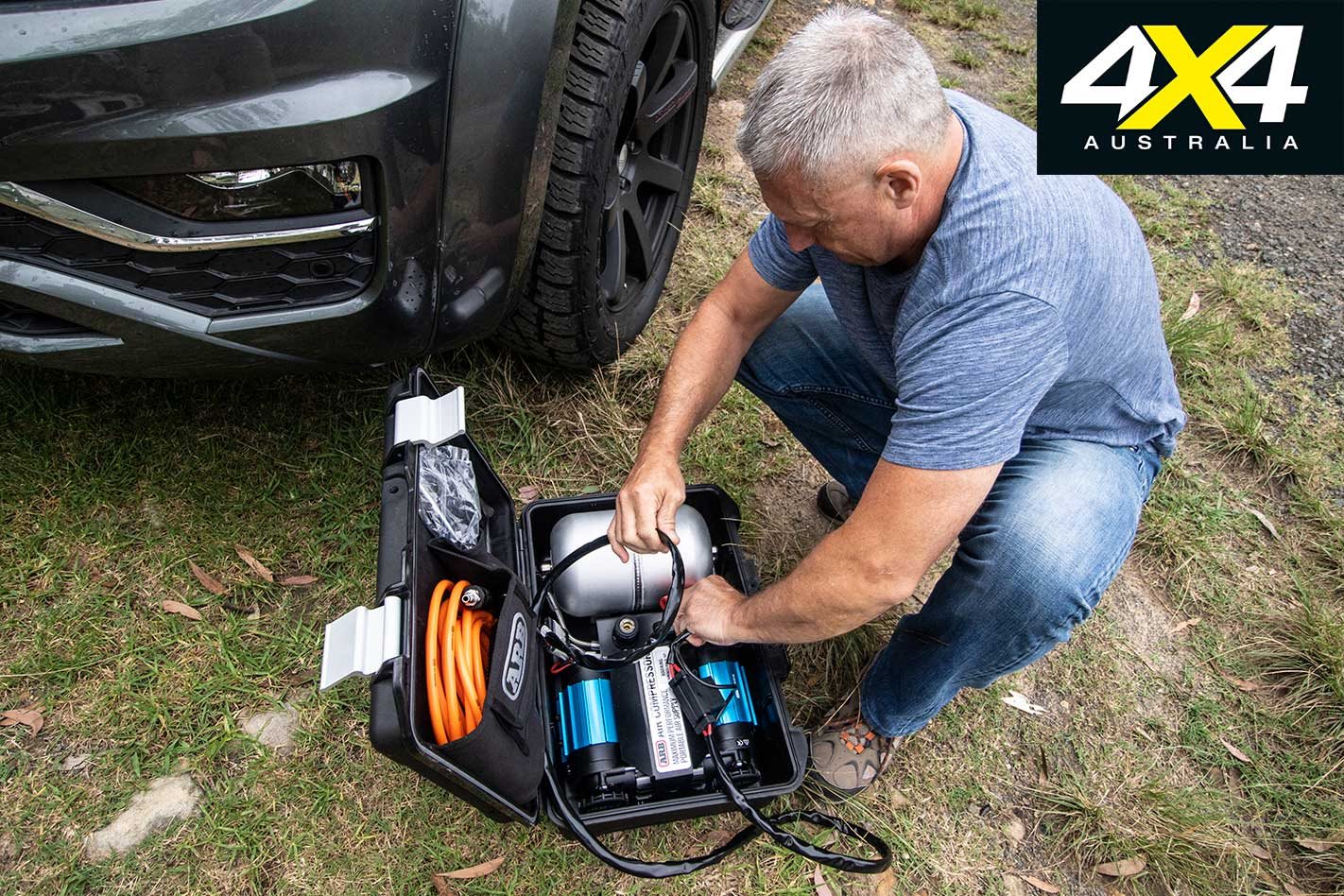 ARB claims an airflow rate of 174lt/min when the tyre’s internal pressure is zero, and a claimed 131.8lt/min flow rate when starting from a pressure base of 29psi. So, yeah, it can push big air … fast. The unit isn’t light, but it’s pretty easy to lug around thanks to a big, solid carry handle on the case’s exterior. The weight can be attributed to the size of the unit, the accompanying four-litre air tank, and the kit inside which includes an air gun and alligator clips.

Operation is as per any portable air compressor, with the hose easily connected one-handed if need be; then it’s just the same old process of connecting the clips to the battery, flicking the big ARB switch, and you’re on the way.

The first thing that impresses is the low level of operational noise from what is a very powerful compressor. For this tester, it seemed no louder than my old one that punches out less than half the output of this monster. The speed with which the CKMTP12 reinflates a tyre is the other more obvious advantage of having those two motors shoving air through the hose at such high rates – it’s pretty bloody quick. 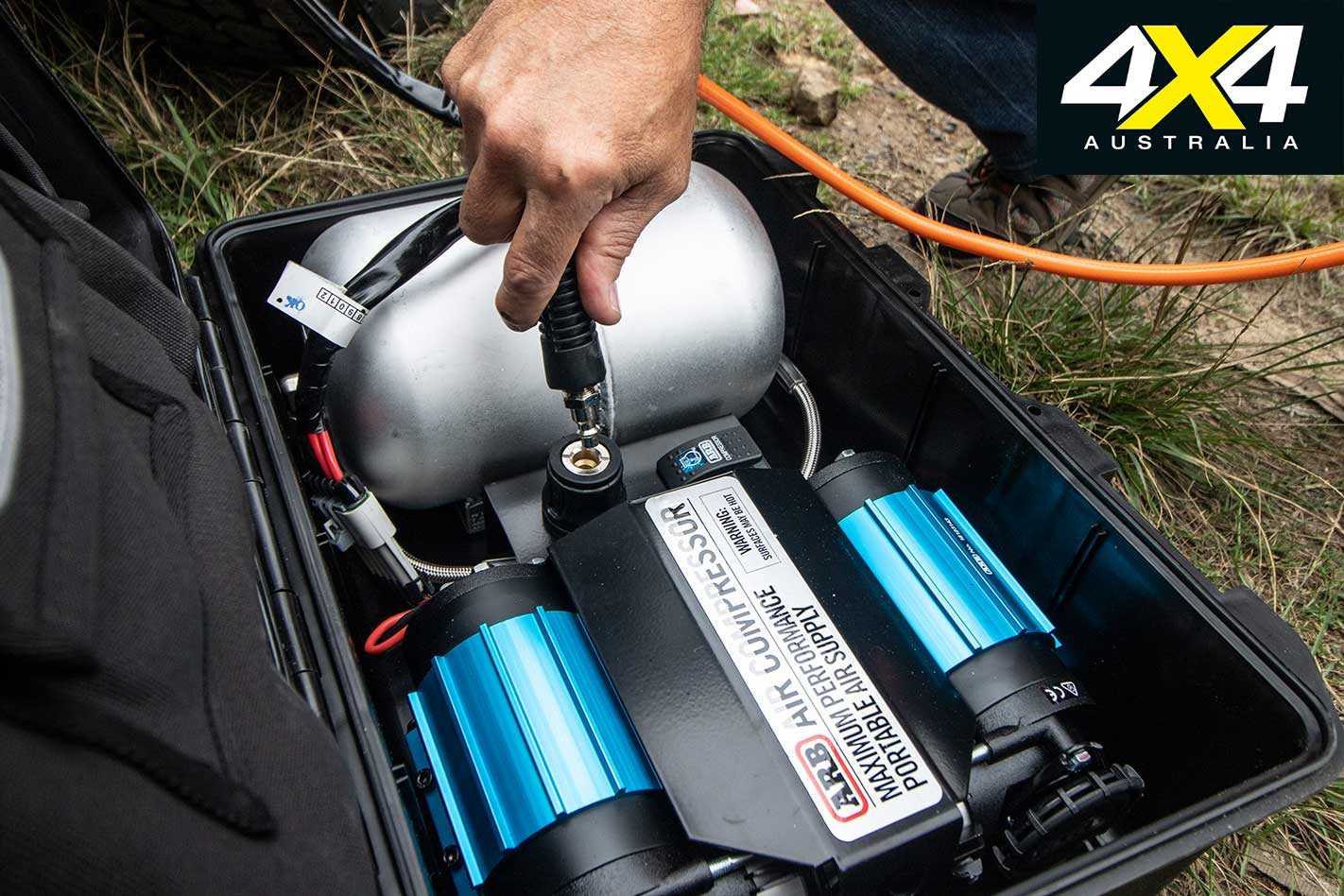 We have had this twin air compressor on test for around a month now, with it residing mostly in the back of my Discovery 2 when we’ve been out and about. It’s expensive, it takes up a bit of cargo space, and there’s no getting around its heft, but (excuse the pun) all this is easily outweighed by the CKMTP12’s fast inflation rate, versatility (you can run air tools and – hard-mounted – activate Air Lockers) and robust build quality.

For serious off-road tourers who know they’ll be deflating and re-inflating tyres regularly (and grimace at the time it usually takes), it’s a smart choice.

Get geared for the outdoors on 4x4 Gear 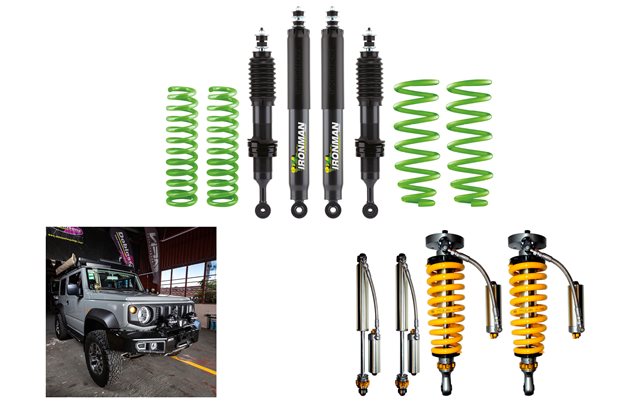 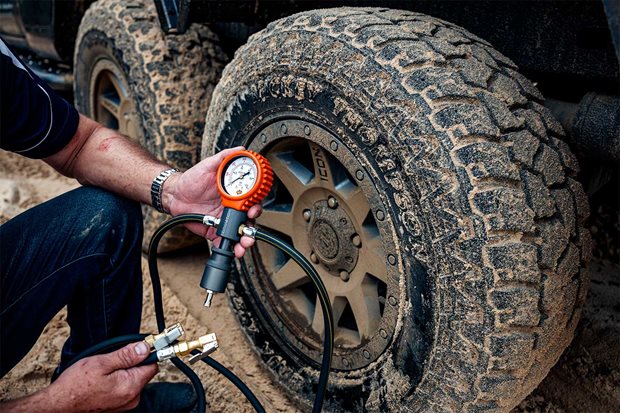