THE ARB story began in a typical Australian suburban driveway in 1975, when company founder Anthony (Tony) Ronald Brown returned to Melbourne from a trip to Cape York in his old Land Rover, which he had completely rebuilt and equipped with a homemade roof rack.

In his travels Tony saw a lot of crook gear on vehicles that was prone to failure, so once back in Melbourne he decided to manufacture his own better quality roof racks, which he sold direct to customers as well as to a few local companies. This soon led to the manufacture of tube bullbars.

“What started Tony off was the people he met on the way, and the trouble they were having with products,” explained Tony’s brother and current ARB Managing Director, Andrew Brown. “At home, it was basically just roof racks, and Tony and I built a bender. We had to bend square tubes, so we made a bender with a big 12-foot bar on it, and we ran around it and bent the tube. We didn’t know how to weld, so the old man bought an arc welder for us, an Abel 130 Amp arc welder, and we learnt how to weld… and that’s where it basically started.” Soon Tony was producing one or two racks a day, with part-time help from brothers Andrew and Roger. Everything was done by hand – it would take half a day to paint a roof rack with a brush – but Tony had soon outgrown the space in his old man’s driveway, so at the start of 1976 he rented a 1000-square-foot property in Olive Grove, Ringwood, and he hired the company’s first employee, John van den Eynden, on February 1, 1976. John, a qualified boilermaker and automotive mechanic, would eventually go on to become factory manager, and is still with ARB to this day.

On July 1, 1977, ARB Engineering Pty Ltd was born, and the company moved to new, larger premises at Molan St, Ringwood. “That’s when I started [with the company],” said Roger Brown, current ARB Chairman. “I used to come in a few nights a week and I used to paint roof racks. I just wanted to be a part of it…”

The introduction of the diesel-powered BJ40 Land Cruiser in the mid-70s saw big growth in the recreational four-wheel drive market, and the flow-on effect for ARB was a rapid growth in business. In fact, the Land Cruiser was the first vehicle for which ARB developed a complete range of products, which included a bullbar, roof rack, ladder, Gabriel shock absorbers, Cibie driving lights and more. The ARB range continued to expand and the company took on products including AVM hubs, Topkat canopies for utes, and Warn winches, the latter a trusted brand that ARB still distributes in Australia.

By 1981 ARB was ready to move once more, to new larger premises in Bayswater, having grown from the pairing of Tony Brown and John van den Eynden to around 24 full-time staff. It was here that Tony Brown designed the company’s first fabricated upswept wing bar. This revolutionary bar offered the best possible protection while also improving vehicle approach angle. So successful was this design that it has since been copied by countless bullbar manufacturers the world over, and it still sets the standard for bullbar design to this very day.

Even in the early 1980s ARB’s Australian distribution network stretched right across the country, and by the end of 1986 the company had grown so quickly it had to move into a new state-of-the-art design, manufacturing and retail premises in Croydon, Victoria. 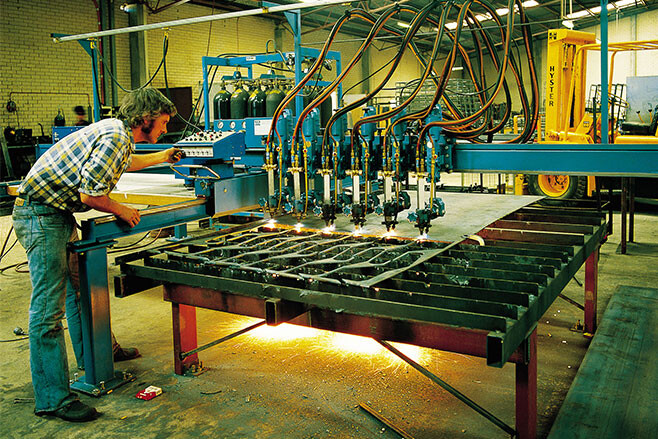 On the back of its domestic success ARB was keen to crack the lucrative US market, but shipping large fabricated products such as bullbars and roof racks to North America would be prohibitively expensive; ARB needed a product that was of high value but not too big to ship. This product came in the form of what was then called the Roberts Diff Lock, later named ARB Air Locker. To continue on its rapid development and growth trajectory, and to further the development of the Air Locker, ARB needed more funds, so a decision was made to list the company on the stock exchange, which took place in 1987.

The Air Locker proved hugely successful in the US and around the world, and it was the key in growing the company’s export business; close to 40 per cent of ARB’s business is now offshore.

A by-product of the Air Locker project was the development of the ARB Air Compressor, which has gone on to become an important piece of 4WD equipment in its own right, with a new version developed and released to the market in 1996 that could either be fitted to a vehicle or supplied in a portable carry case. Today ARB manufactures several Vehicle Mounted and Portable Air Compressor models, along with a range of associated accessories. In 1988 ARB acquired the Old Man Emu (OME) suspension business, which it already distributed throughout Australia. Bringing OME into the fold has resulted in ARB becoming one of the most advanced manufacturers of suspension systems in the world, culminating in its latest BP-51 range of high-performance aluminium extruded bypass shock absorbers, which was launched to great acclaim in 2015.

For the past 20 years ARB has been designing, developing and manufacturing its own range of ute canopies. “The canopy has become another really important segment of our sales, and the strength of the ute in Australia has been critical to that,” said Roger Brown.

Today ARB produces various canopy designs, as well as ute lids and ute liners. The most recent addition to ARB’s canopy range is the Ascent Canopy, released in 2015, which is arguably the most advanced canopy on the market, with fully integrated central locking system, push button window switches and a unique over-rail design that provides a form fit with the vehicle.

One of ARB’s newest products is the all-weather portable fridge/freezer that can be secured to the back of a ute and features a locking lid to keep its contents safe. The all-weather 60L fridge joins ARB’s existing range of fridges, which are available in 35L, 47L, 60L and 78L capacities, all of which were developed in house at ARB’s HQ in Kilsyth, Victoria.

In fact, ARB is renowned for its in-house development, and the company employs a team of engineers with expertise in a wide range of fields covering fabricated products, mechanical products, suspension systems, rotationally moulded plastic products, electronics, and camping and recovery gear. Where viable, ARB then manufactures these products in-house, either at its main facility in Victoria, at one of its other Australian manufacturing facilities, or at its wholly owned factory in Thailand.

Andrew Brown was keen to point out that ARB is willing to have a go at developing a range of new products in-house, regardless of whether the company has the expertise or the specialists in the area. For example, when ARB decided to launch its first in-house-developed fridge it didn’t know much about fridges, but invested the time and effort to learn and ended up producing what it claims to be the best fridge on the market. Likewise, just a few years ago ARB had no experience in manufacturing LED driving lights, yet it charged its engineering team to research and learn and ended up creating the entire round LED lighting category. 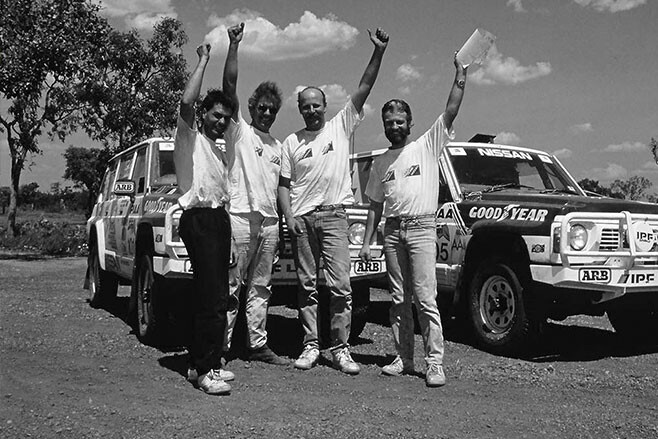 “We’re not afraid to have a crack at developing new products in-house,” said Andrew Brown. “Even if we’re not experts to begin with, we inevitably end up producing class-leading products.”

ARB is quite unique in that it not only develops and manufactures products, but also retails its products direct to the public through a network of company-owned and independent stores. Focusing on its core strengths has been the key to ARB’s astounding success over the past four decades, and will continue to be so into the future.

“In 40 years, we’ve stayed the same business. We’ve been very fortunate that the market for our products has grown, and we’ve grown, but we manufacture, supply and distribute accessories for 4WD vehicles, and it hasn’t changed,” said Roger Brown.

ARB TIMELINE
1975: Tony Brown begins manufacturing roof racks and bullbars in family garage.
1987: ARB buys the Roberts Diff Lock which is re-launched as Air Locker here and in the USA.
1987: ARB designs and manufactures its own 12V air compressor.
1988: ARB takes on the Old Man Emu (OME) suspension business and continues to develop the range.
1997: The first ARB airbag-compatible bullbar is released after extensive real-world crash testing with Monash University.
1998: ARB designs and manufactures its own range of canopies.
2005: ARB develops its own range of 4WD recovery gear. 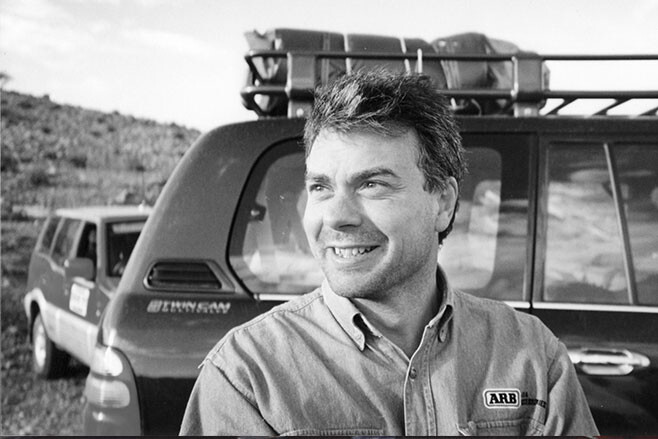