If you’re out bush, you don’t want to monkey around when it comes to charging your portable electronic gear.

If you’re out bush, you don’t want to monkey around when it comes to charging your portable electronic gear. These Powermonkey power packs are magic on the run.

POWERMONKEY EXPLORER
We have recently been testing Powertraveller’s Powermonkey Explorer and Powermonkey Extreme 12V in Papua New Guinea, and both passed with flying colours. They effectively charged our phone, GPS, sat-nav, audio gear and cameras – all while we were on the move. 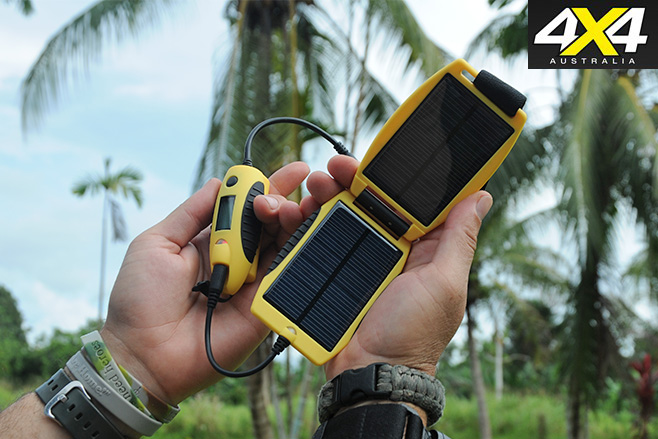 The Powermonkey Explorer and Powermonkey Extreme 12V belong to a larger family of power packs – which include the Powergorilla and Powerchimp – under the Powertraveller umbrella.

The Powermonkey Explorer comes with a selection of adapters and wall-socket extensions designed to work with mobile phones, iPods or MP3 players. The power pack includes a 2200mAh battery. This battery can be charged by mains electricity, via your computer, or you can use the in-built solar panel – like we did in Papua New Guinea.

The 2200mAh battery is an excellent size when you consider that most phone batteries are approximately 900mAh. At this rate, the Powermonkey Explorer should achieve between 1.5 to two full charges of your phone.

The variety of connections is impressive, including those for Samsung, LG, Nokia and Sony Ericsson phones, iPod/iPhone, as well as standard connections for devices using the mini or standard USB.

For around $160, the Powermonkey Explorer power pack will keep you on the run and connected.

RATED
Available from: www.powerhungry.com.au
RRP: from $159.95
We say: Compact, practical and powerful on the fly.

POWERMONKEY EXTREME
The Powermonkey Extreme is the Explorer’s bigger brother and, since its initial launch in 2011, it has only improved. In 2013 it underwent a couple of significant changes, so it can now do everything the Explorer does, and more. 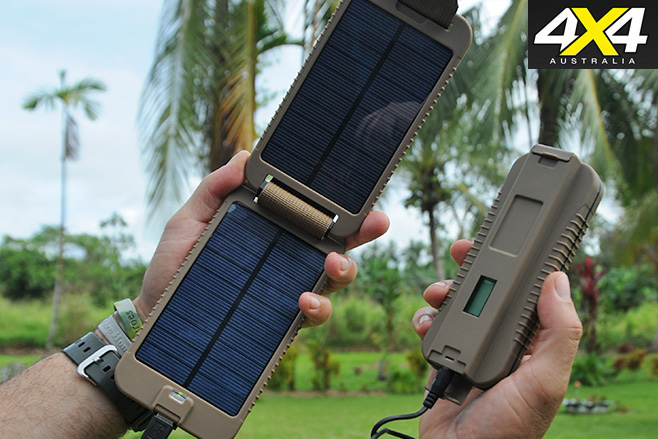 The standard 5V USB socket remains, but the DC port has been upgraded to output 12V, meaning that it is now capable of recharging SLR camera batteries, portable DVD players, iPads and tablets.

The Powermonkey Extreme can be recharged in three ways: via the universal mains charger, via the solar panel, or via USB. The rugged, clam-shell design solar panel offers three-watt max output, allowing full recharge in 18 to 22 hours.

The solar panel on the Powermonkey Extreme can be attached to tents or backpacks via the included Velcro strap. This makes it perfect for the outdoors.

The Powermonkey Extreme weighs 242g and measures 152 x 59.5 x 28mm, while the solar panel weighs 214g, measures 171 x 90mm and is 18mm deep when folded. The solar panel is Polysilicon and offers photovoltaic efficiency up to 17 per cent.

Waterproof for 30 minutes down to one metre – and shock resistant – the Powermonkey Extreme is perfect for the outdoor enthusiast and professional adventurer alike.

RATED
Available from: www.powerhungry.com.au
RRP: from $249.95
We say: A versatile product that’s made for the outdoors.

For more information and tips on Gear, check out our page here. 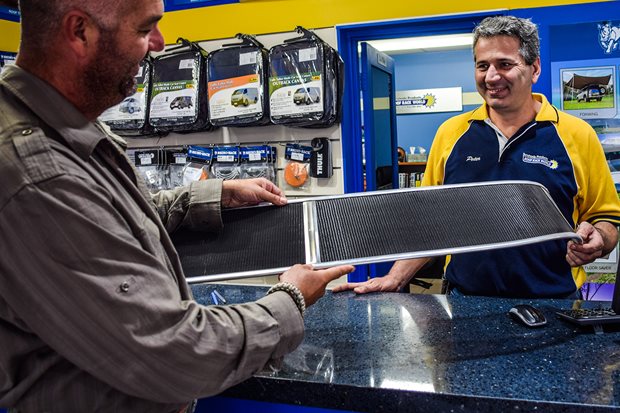 Sun visors haven’t been fashionable for some time, but they’re a great way to reduce heat and glare in your rig. 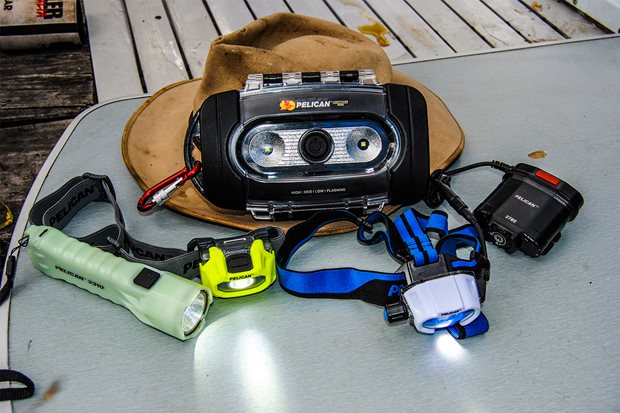 Whether you’re a boatie, a camper or just a bit afraid of the dark – you’re sure to find something useful in Pelican’s range of compact lights. 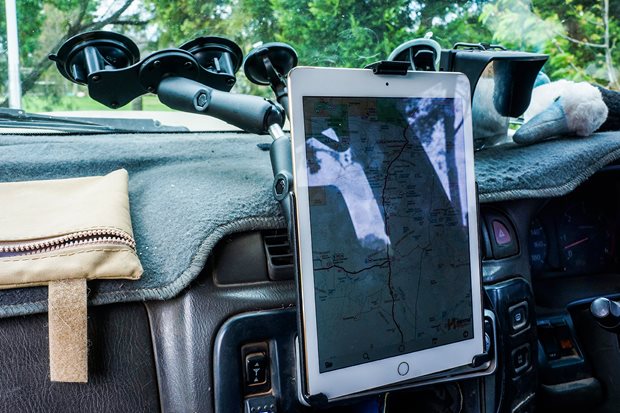 The computing power of Ron moon’s Patrol quadrupled after an iPad on a RAM Mount was installed. 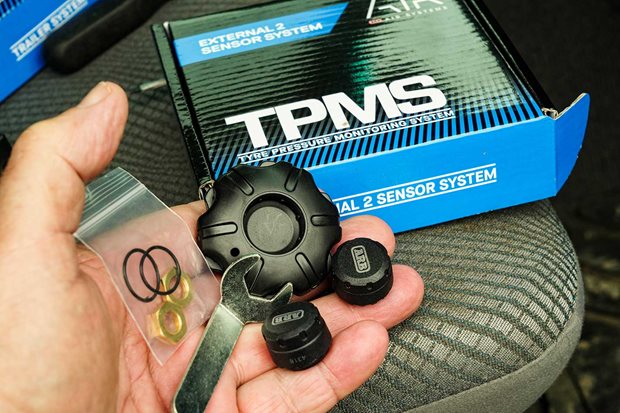