The sound of a power-steering pump that’s low on fluid is not a nice one.

In fact, it’s awful, reminiscent of Jim Carrey’s ‘most annoying sound in the world’, as heard in the classic 90s comedy, Dumb & Dumber.

But at least, like Carrey, the compromised power-steering pump is loud and annoying enough to grab your attention, as I found out in the rich-red heart of South Australia earlier this year.

I was on Lake Gairdner – a dry salt lake – racing at the annual Australian Speed Week when my Hilux’s pump began to squawk. Luckily, I was carrying a couple of litres of transmission fluid, so I simply topped up the pump. 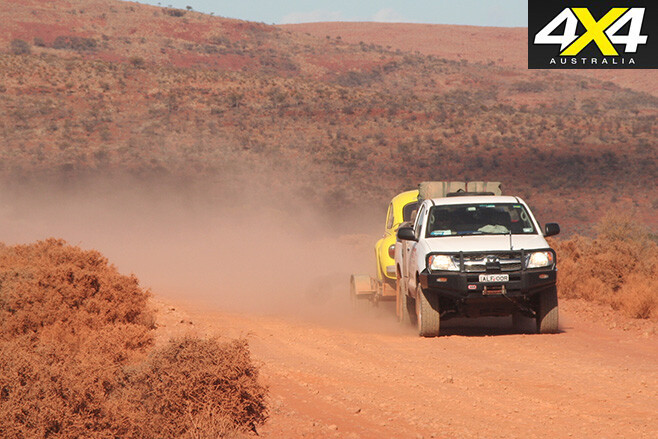 But the noise returned two days later. Sure enough, there was fluid dripping from the driver’s side steering-rack boot. Hmmm. Not the best time or place for a steering-rack leak. To cut a long story short, with a four-litre bottle of transmission fluid on board, I managed to limp my Hilux 1800km home by topping-up the power-steering fluid every 100km – it soon became every 75km as the fluid loss steadily worsened closer to home.

I told myself how lucky I was. Had I not noticed the horrible squeal and the lack of fluid, the pump could have been destroyed in the middle of nowhere, resulting in a long and expensive recovery/tow. Checking under the bonnet every hour, or so, on my way home across South Oz and NSW became my own version of ‘Stop, Revive Survive’. Once home, I bought a second-hand steering rack at my local 4WD wreckers and installed it, with the Hilux still on the driveway. That was around $500. With a trip to Melbourne looming, it was important to have a wheel alignment done.

My pre-trek check before the South Oz adventure had revealed oil on the rear drums and brake shoes, which were getting quite thin. So while at the mechanics I had new rear-wheel bearings, seals and brake shoes installed. Another $1100. 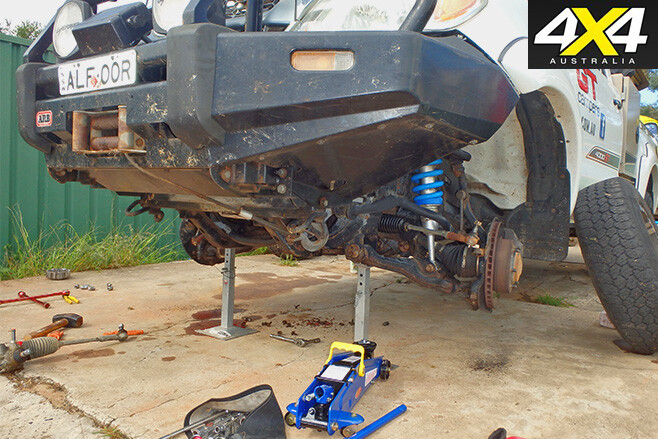 Jack, the fella who did the work, reckoned that I was lucky to have gotten the Hilux home, because of the looseness in the rear wheel bearings.

Sure, with 330,000km and plenty of adventures under its wheels, my Hilux is at the age where components will need attention. But hopefully that will be the last of the big-buck bits that need replacing for quite a while.