Blending the best of both worlds.

When we went looking for some tougher tyres for our 2017 Nissan Patrol that’d be more dependable for off-road work, the good folks at Toyo came up with something special: they had a set of yet-to-be-released tyres and they asked us not to show anyone, even after they were fitted.

They’ve been released for a few months now and we’re more than happy with the performance of our Toyo Open Country R/Ts. 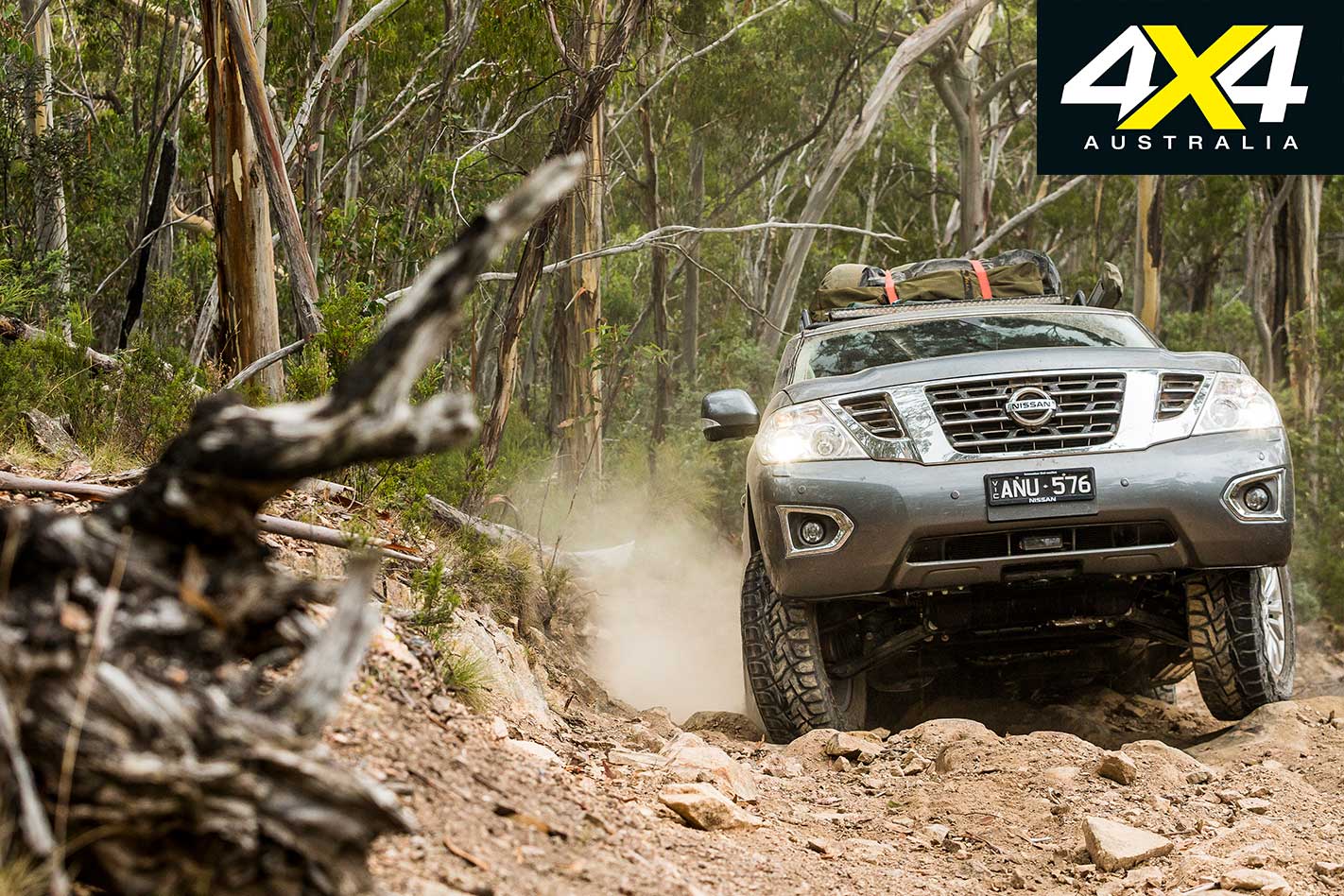 The Open Country R/Ts fill in a gap between traditional All Terrain (A/T) and Mud Terrain (M/T) tyres available for off-roaders. In Toyo’s case, the R/T slots in between its Open Country A/TIIs and the Open Country M/T tyres. As one might expect of a product that sits between two existing products, the R/T is a hybrid of styles, blending the best attributes of both the A/TII and M/T.

Most 4WD owners want a tyre that’s durable, delivers better off-road traction and has that chunky look people associate with an off-road tyre.

So you could say they all want a Mud Terrain tyre, but many owners don’t want the added road noise, the more rapid wear rate, decreased handling performance and the poor wet-road characteristics of a muddie. The Mud Terrain is made for off-road use, and that’s where it works best … not on the road.

The Open Country R/T (Rugged Terrain) has the chunky looks of a muddie many buyers want on their 4x4. The tread blocks on the shoulder are big and bold, with open spacing between them that not only looks the part but improves traction when in mud or snow and protects the shoulder of the tyre against abrasion. 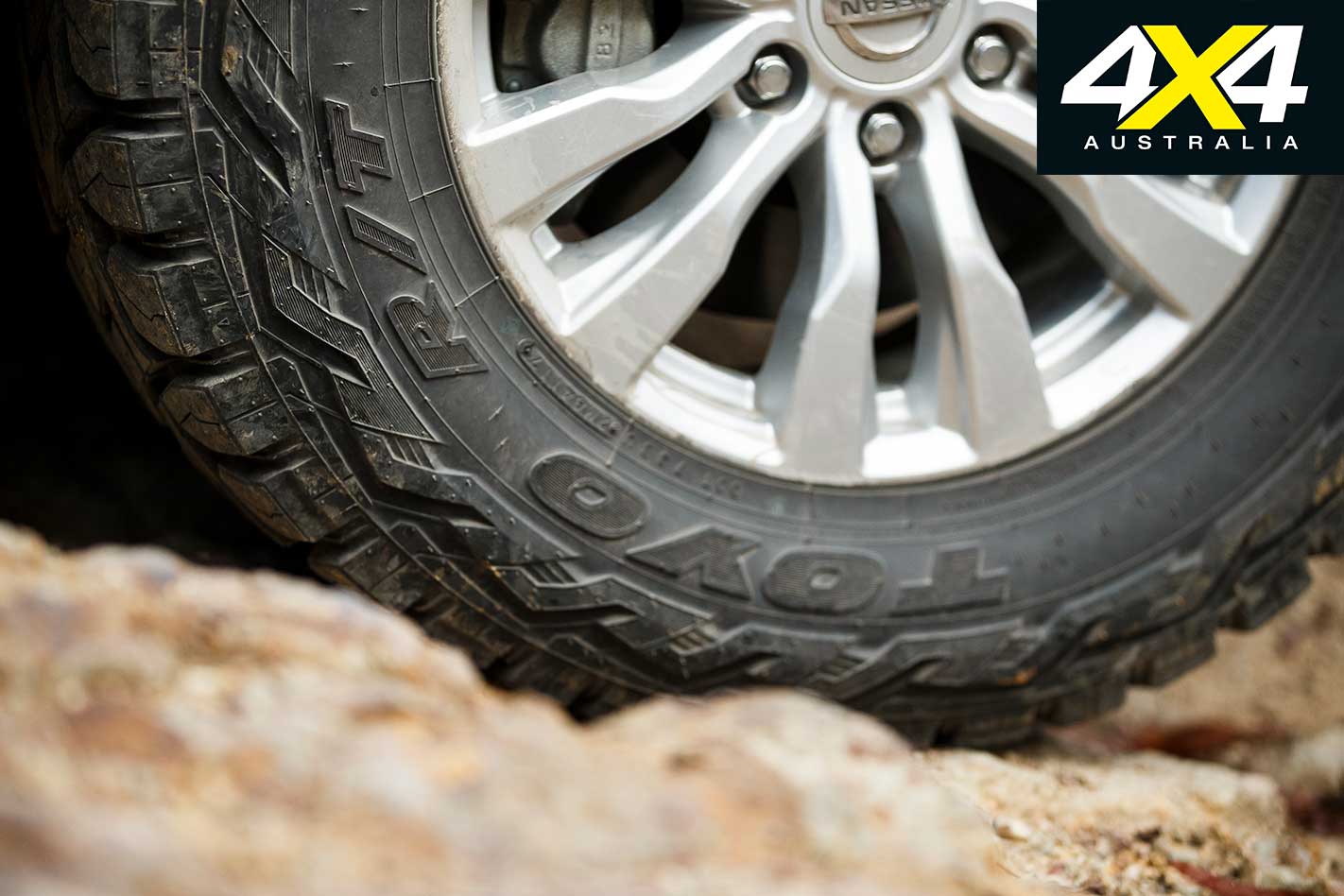 It also has the durability of a muddie by using the same three-ply heavy-duty construction of Toyo’s Open Country M/T.

However, look to the face of the tyre tread and you’ll see the blocks much closer together, where they put more rubber on the road for improved handling and braking, as well as a quieter ride. The tread blocks also link up with each other to improve stability by reducing the squirming action you get with more open tread blocks.

These on-road, long-wearing attributes are also enhanced by the rubber compound borrowed from the A/TII. It all adds up to a tyre that delivers the best of both worlds for on- and off-road performance. 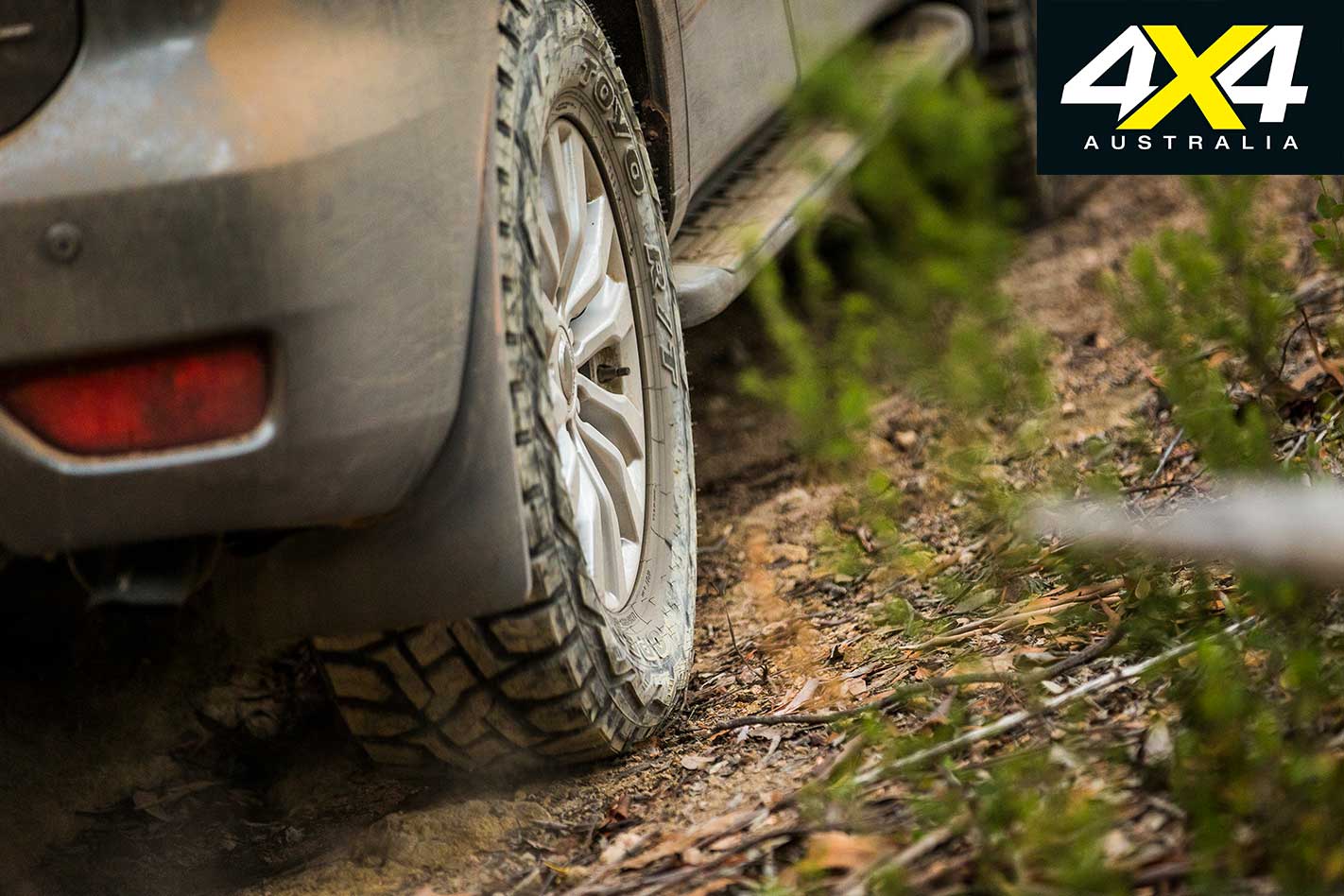 The guys at Tyrepower Reservoir fitted a set of LT285/65-18 Rugged Terrains to our Patrol Ti-L, which were just a smidge wider and taller than the standard 265/70-18s.

Straight out of the tyre shop you could feel the extra depth of the tread blocks as you slowed to a stop, but they weren’t noticeably noisier. Certainly not as bad as a set of muddies. The steering felt a tad heavier with the new tyres on, but it was nothing bad and actually felt better.

Neat stuff to treat your rig to on 4x4 Australia Gear

The first big trip for the Toyo R/Ts was over two weeks in the Vic High Country, where they were subjected to all sorts of terrain. Over loose rocks on steep climbs, river gravel, swampy mud and fast gravel roads, they never felt challenged and offered the confidence against punctures afforded by the heavy-duty light truck construction. 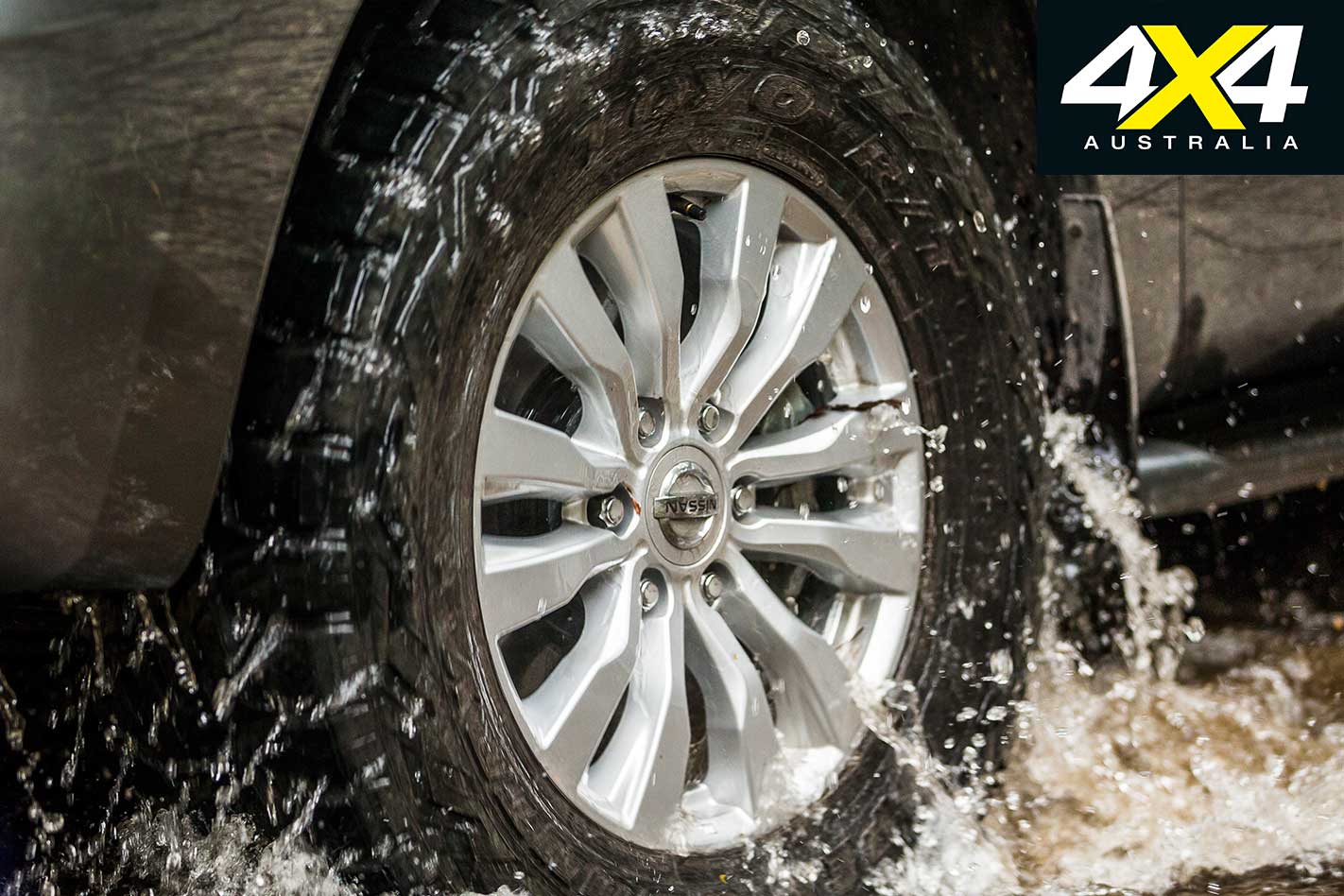 Around town and on an interstate highway drive, the tyres were quiet and precise, again giving confidence but this time in braking and dynamics. They truly did give us the best of both worlds.

Toyo’s Open Country R/Ts showed us you don’t need to compromise between a road tyre and a muddie. The Rugged Terrains provided just what we needed for a vehicle that spent as much time on the road as it did off it.

Plenty of tyre choices, plenty of deals at WhichTyre.com.au 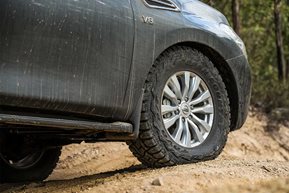 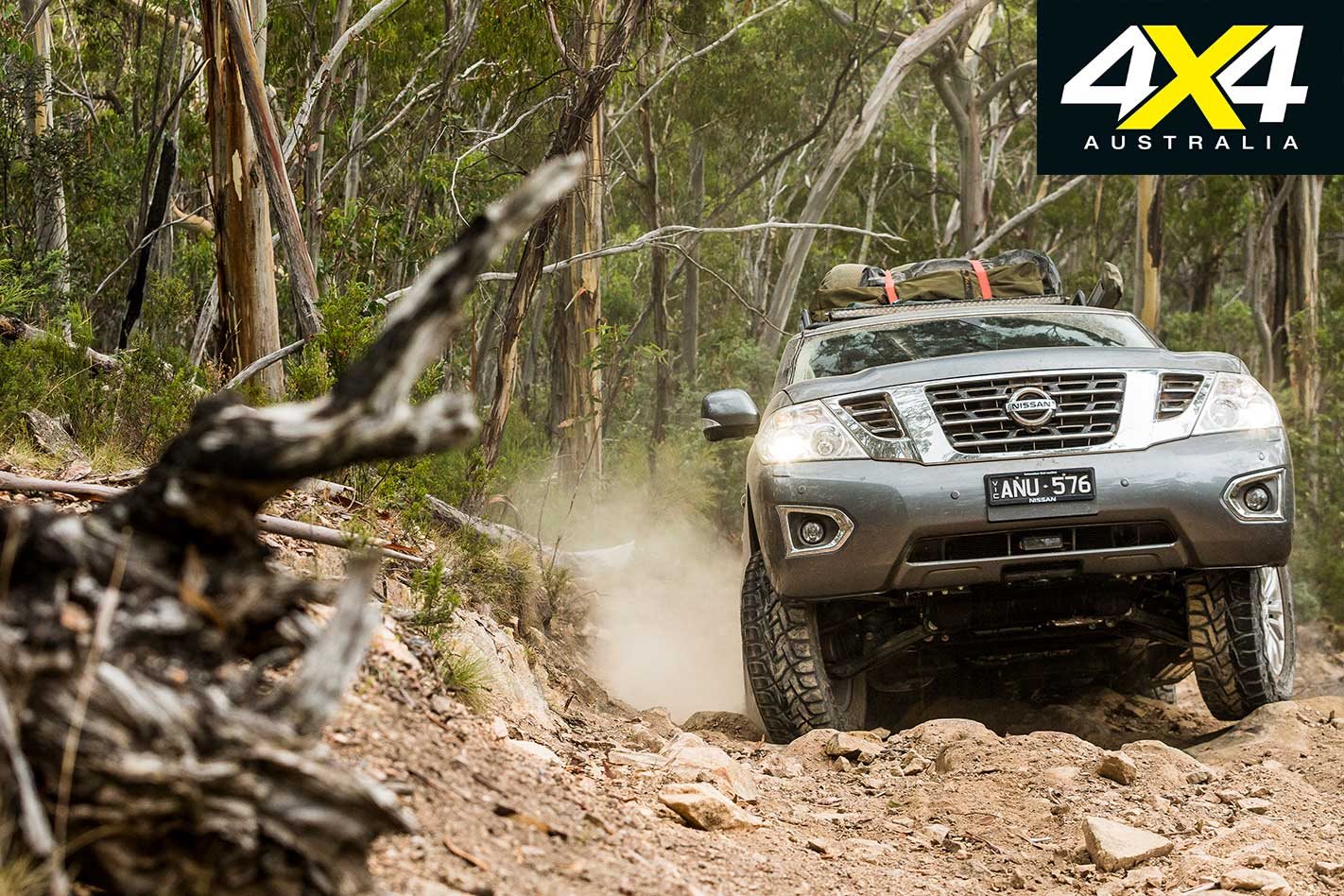 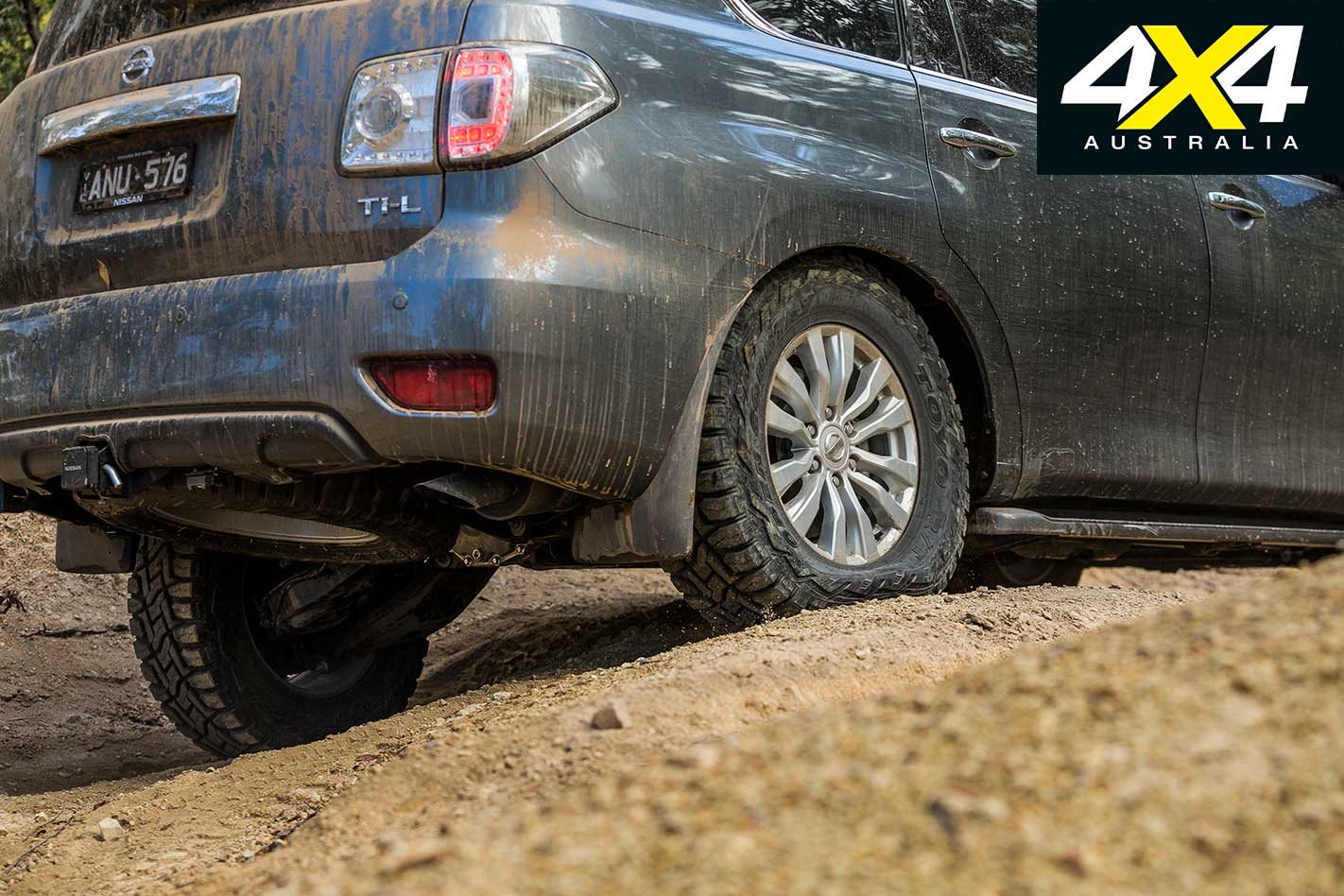 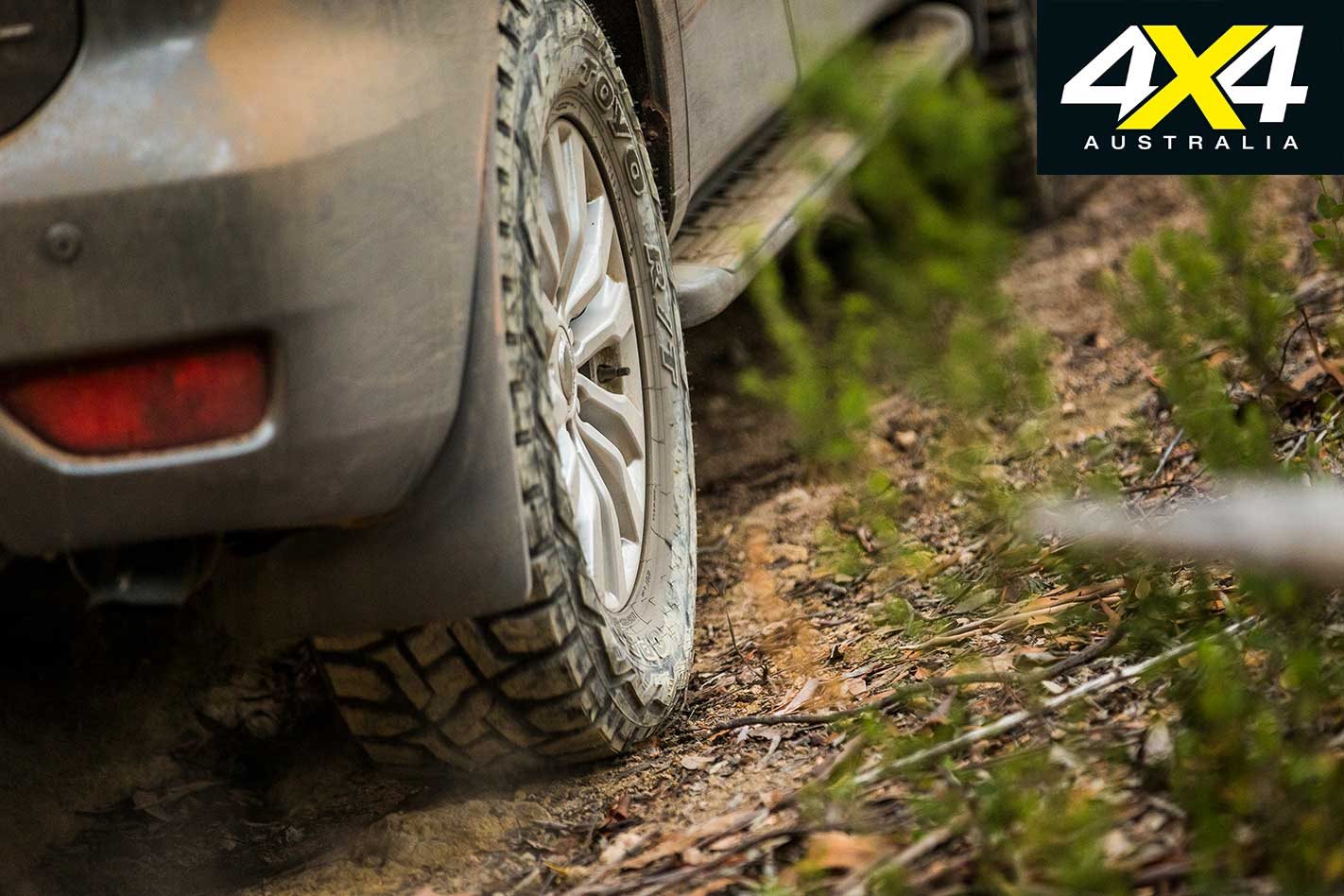 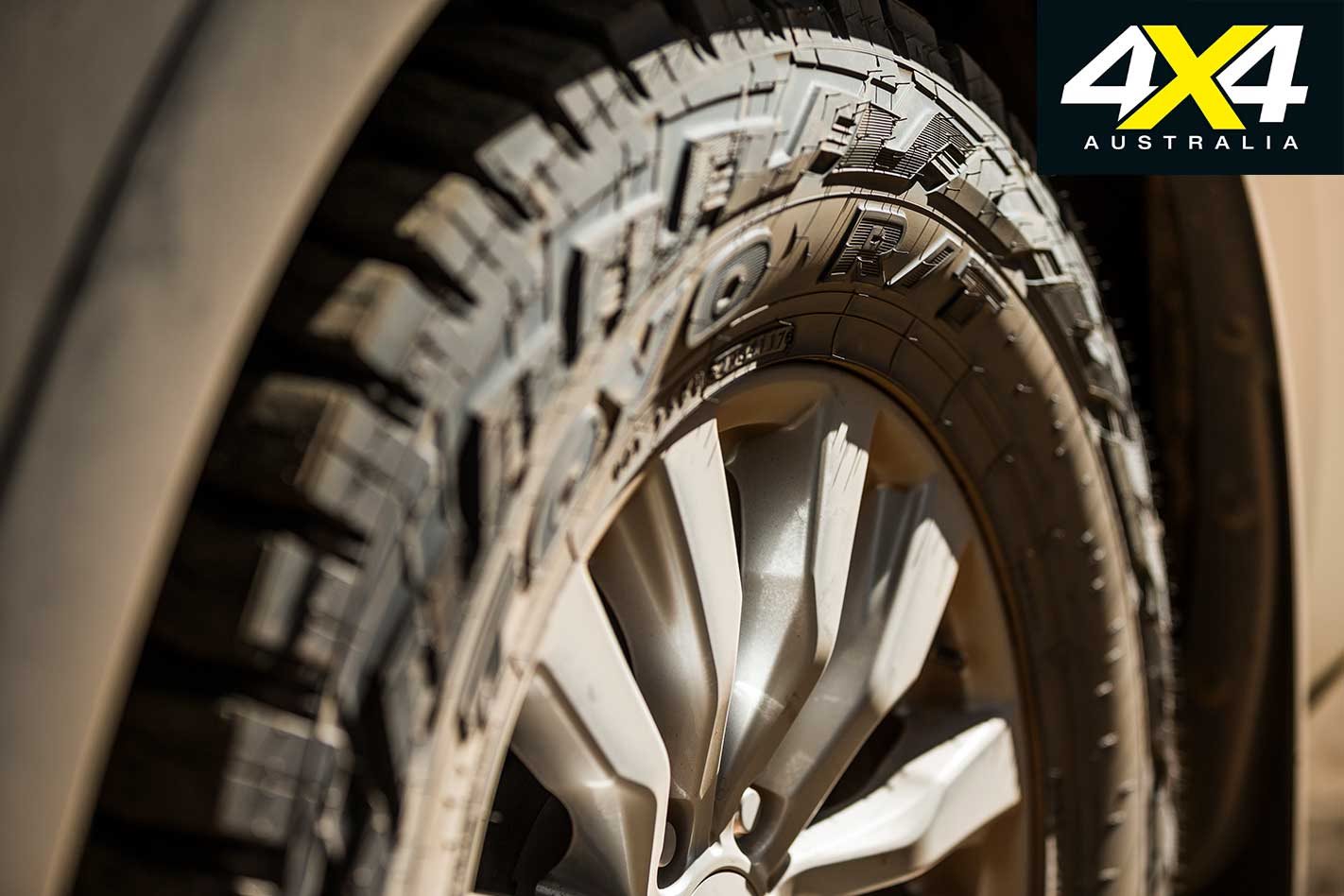 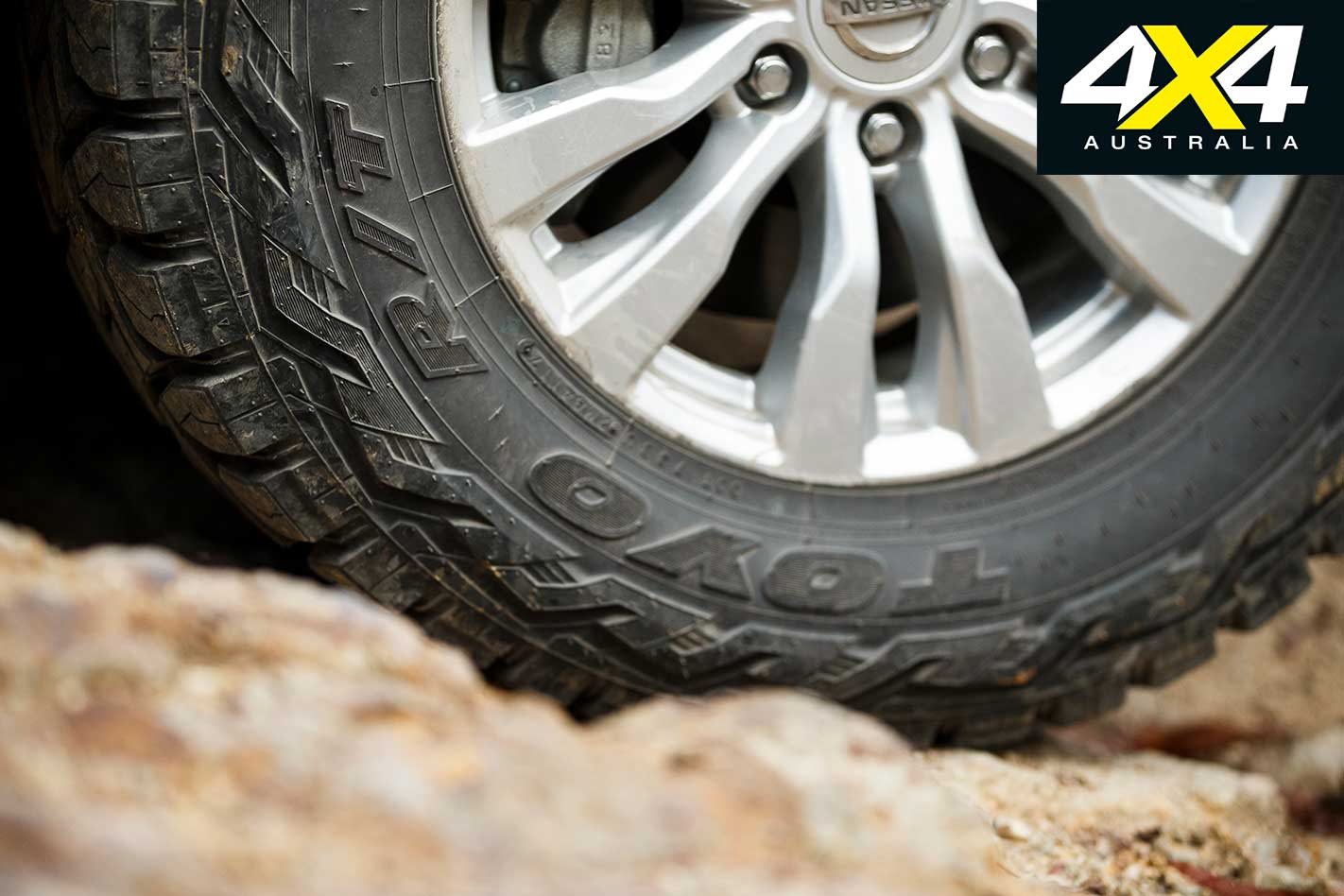 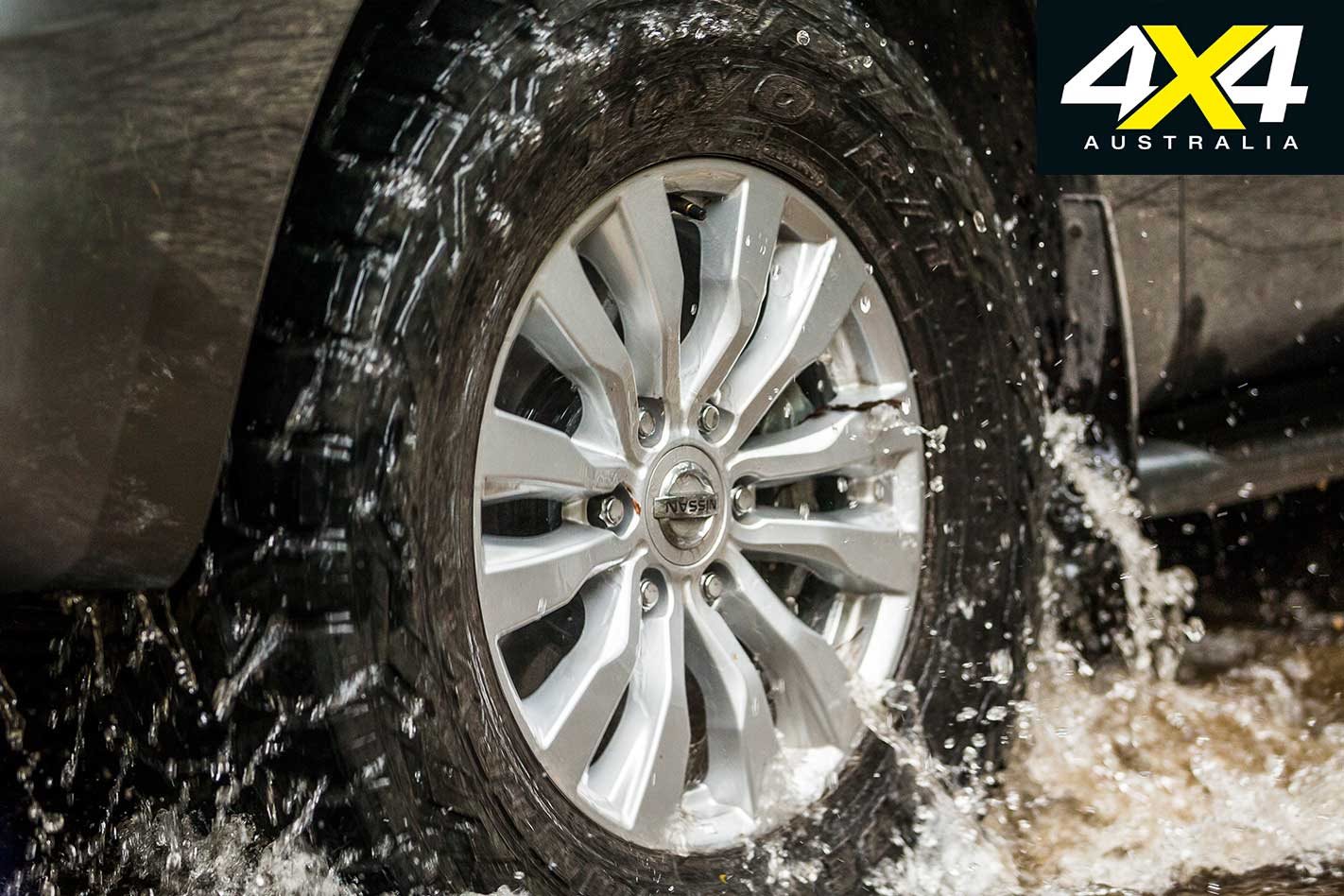