SPY shots have surfaced on the internet of Jeep’s upcoming dual-cab Wrangler ute.

In April 2016, Jeep Australia confirmed its interest in a double-cab pick-up variant of the next-gen Wrangler. And, at the time, Zac Loo, head of product strategy and marketing at FCA, said: “We’re looking at extending that (Wrangler) line beyond just two- and four-door variants that we have today with the pick-up.” 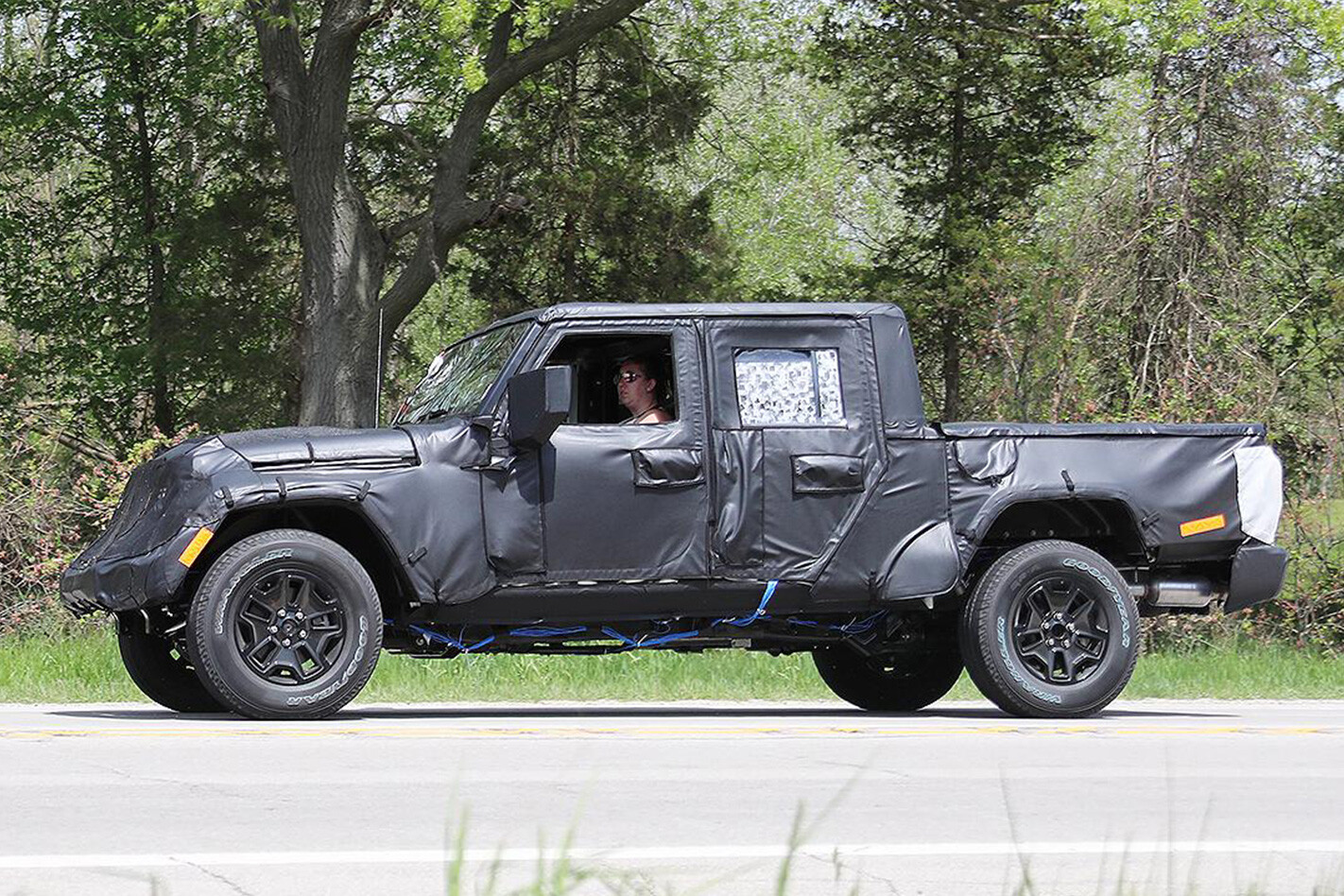 Then at the 2016 Los Angeles Motor Show, Mike Manley, Jeep’s global chief, all but confirmed the Wrangler ute will come to Australia, when he said: “there’s no question on right-hand drive for the pick-up.”

Progress has since sharpened, with these spy shots of the camouflaged dual-cab Wrangler recently sprouting on the web.

As can be seen in the pics, the ute variant is similar to the current-gen Wrangler SUV – with a few noticeable design changes. The upcoming JL Wrangler, of which it’s based, is set to gain a host of fuel-saving features, the option of a turbocharged four-cylinder petrol engine or a V6 diesel engine, an eight-speed automatic transmission, and weight-saving aluminium panels.

The ute version is expected to roll into showrooms early in 2019, with production scheduled at FCA’s Toledo’s assembly complex in Ohio.