MAHINDRA Automotive Australia Pty Ltd (MAAPL) has launched the next generation of its venerable PikUp, with a raft of updates including a new six-speed transmission, more grunt from its 2.2-litre turbo-diesel donk, and revised interior and exterior styling.

This new model’s release marks 10 years of the first-gen PikUp, which lobbed Down Under in 2007 and has proven popular with buyers looking for a cheap, basic and tough workhorse. Globally, the PikUp and its Scorpio wagon sibling have sold more than 500,000 units.

According to Joydeep Moitra, head of international operations at Mahindra & Mahindra Ltd, the new PikUp has been subject to extensive testing in Australia, as well as feedback from the local distributors. 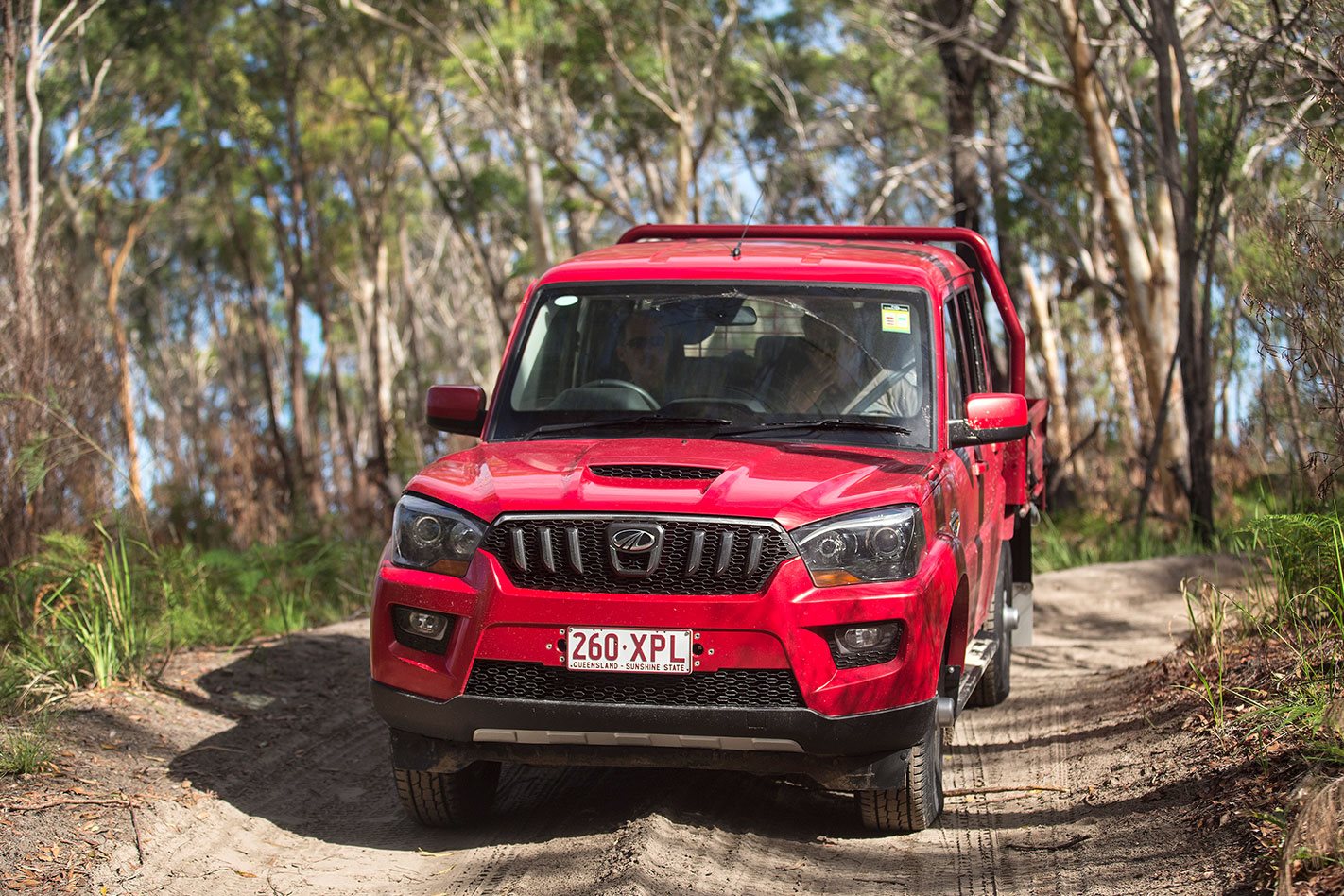 “For the new Mahindra PikUp, a six-month test schedule was carried out in Australia and concluded in August 2017, clocking up over 80,000 local kilometres,” Moitra said. “This input has helped create a Mahindra PikUp perfect for local conditions. This is a testimony of our commitment to developing products for the Australian market.”

The 2.2TD engine now features a variable-geometry turbocharger and produces 103kW and 330Nm, with peak torque available from 1600rpm to 2800rpm. The dual-range, part-time 4x4 system carries over from the previous model. Off-road capability should be improved over the previous-gen PikUp, owing to fitment of a standard Eaton rear diff lock. Adding to the bush-tourer prospects of the PikUp, Mahindra is also offering a range of accessories including winch-compatible steel bullbars, snorkels, a suspension upgrade, towbar, stainless-steel nudge bar, and the choice of aluminium, galvanised steel or colour-coded steel trays. 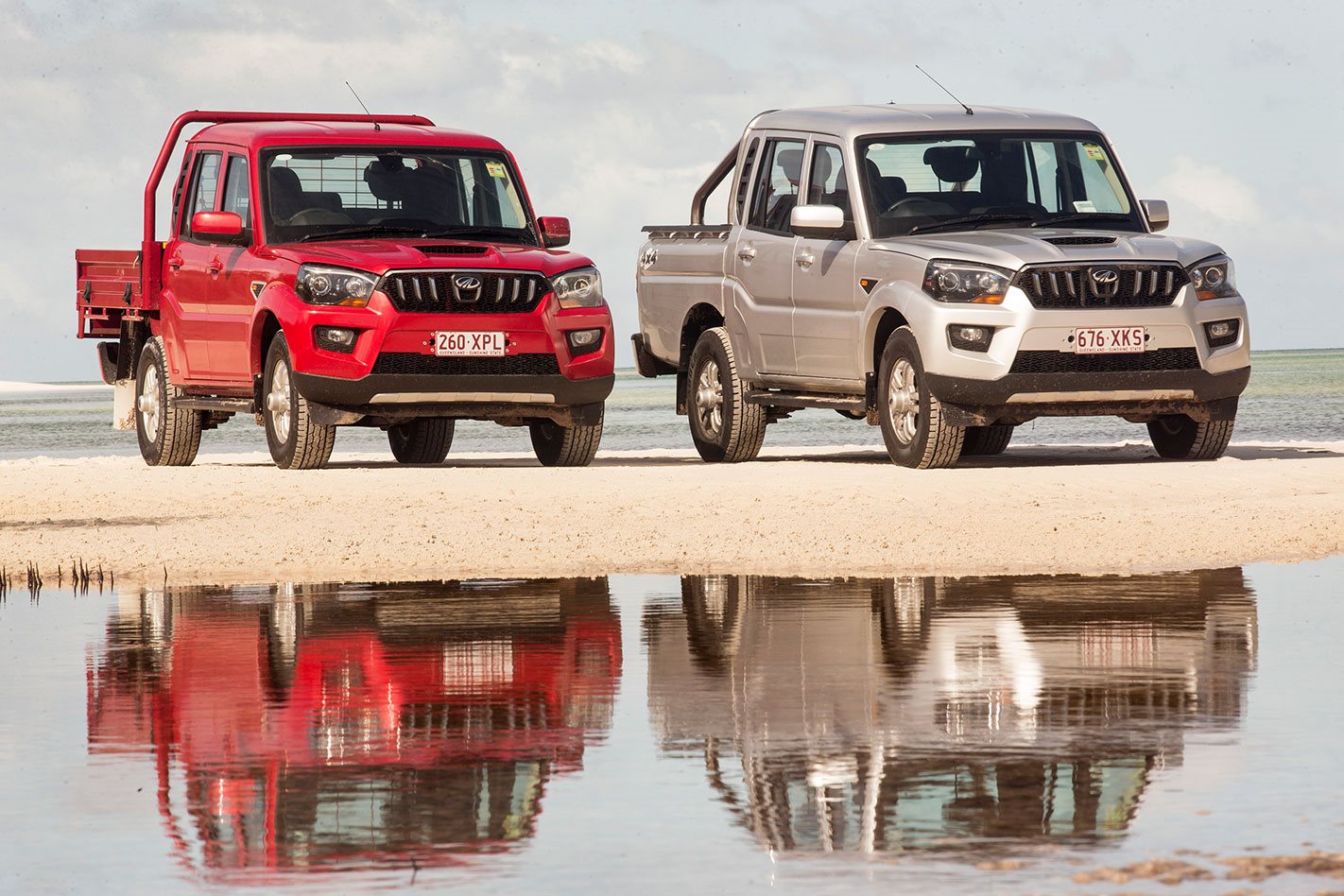 There will be two spec levels with the new PikUp: S6 and S10. The S6 is the base model, with steel wheels, MP3/radio CD unit, fabric seats and air-con as some of the standard features. The S10 ups the ante with climate-control air-con, 16-inch alloys, cruise control, remote central locking, auto wipers, intelligent headlamps, and a six-inch touchscreen that includes sat-nav, Bluetooth, MP3/radio/CD and a reverse camera. The front-row seats are still fabric but gain arm rests and driver’s side height adjustment, while the lighting package on the S10 includes daylight running lamps (DLR) and side projection beams.

The new PikUp includes a raft of driver-aids and safety features: Hill Descent Control (HDC), ESC, ABS, EBD, roll-over mitigation, airbags, collapsible steering column and crumple zones all feature in the new model. All seats now include headrests and three-point lap sash seatbelts, plus there are now two ISOFIX anchors for child seats in the rear – and Dual Cab models include three top tether points. There’s no word on the ANCAP rating for this new PikUp at this stage, but it should improve notably on the first-gen model. 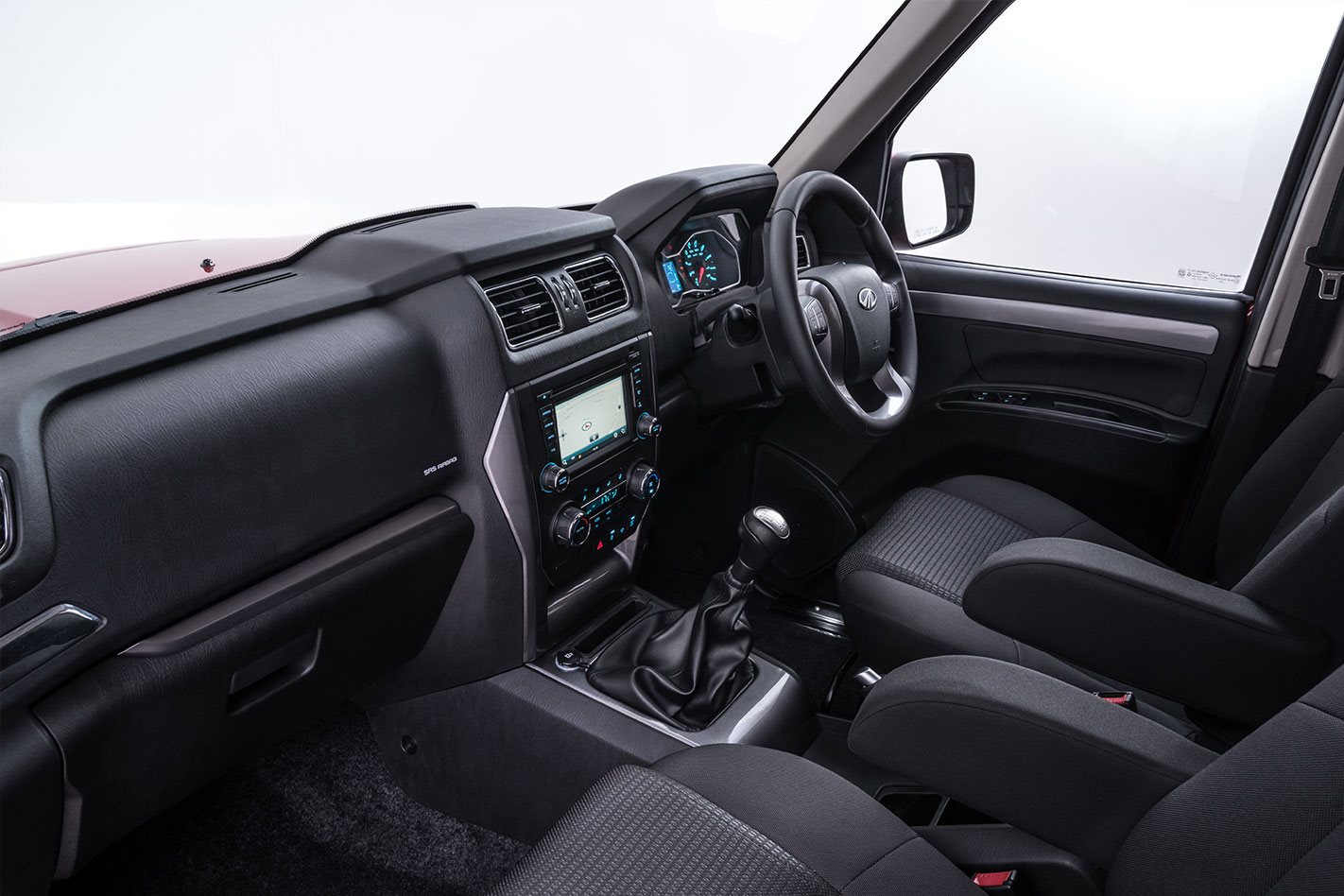 Cosmetically, the Mahindra’s exterior now offers a ‘sleeker’ appearance (if that term can be applied to a boxy 4x4) that is also less cluttered, especially at the front end. The headlights also copped some of the styling wand and now look far less pronounced, while the fog lamps, bigger Mahindra badge and black mesh inserts here and there combine to produce a far more modern-looking ute – a nod to today’s 4x4 ute market and its obsession with loud paint and ‘tough’ appearances. The interior has also been seriously tweaked. 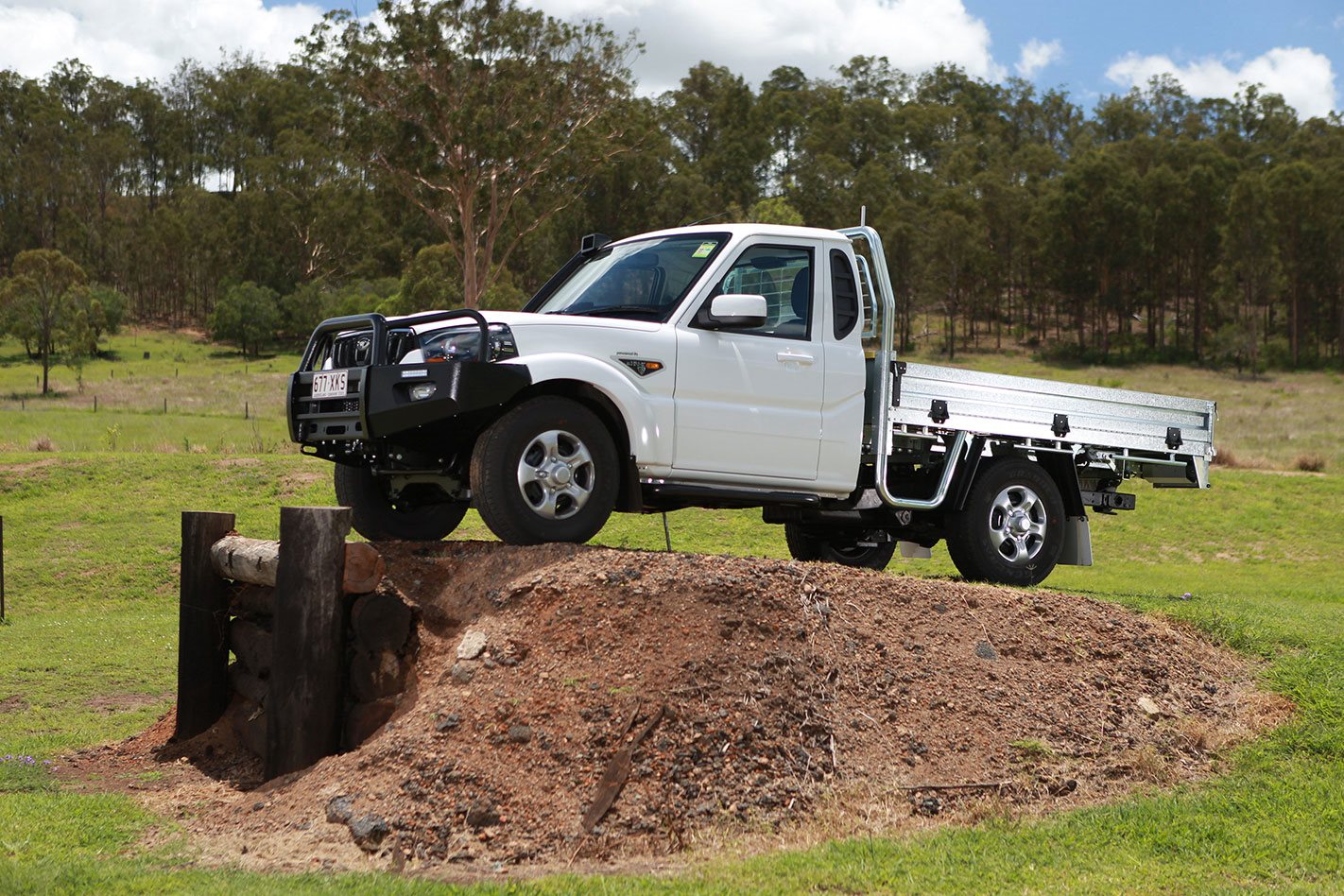 All vehicles in the PikUp range come with a five year/100,000km limited warranty and buyers can choose from four colours: Red Rage, Arctic White, De-Sat Silver and Napoli Black.

Mahindra is very confident this new PikUp will sell well and, looking at the more-than-reasonable spec levels and pricing, it’s hard to argue, especially when you consider there’s no shortage of buyers looking for a cheap, functional workhorse. As the company’s dealership expands further, the PikUp could sneak more than the odd sale from the bigger players in this ever-more competitive 4x4 ute market. 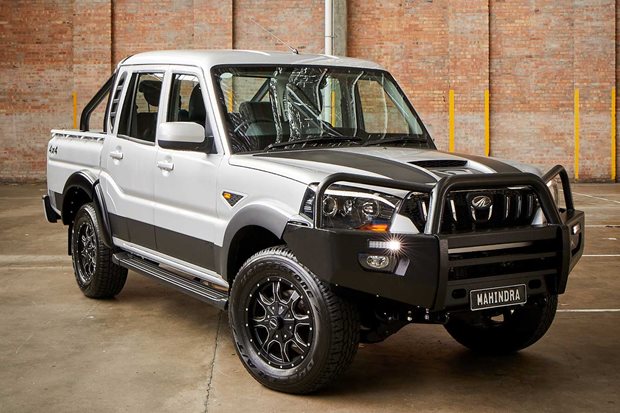 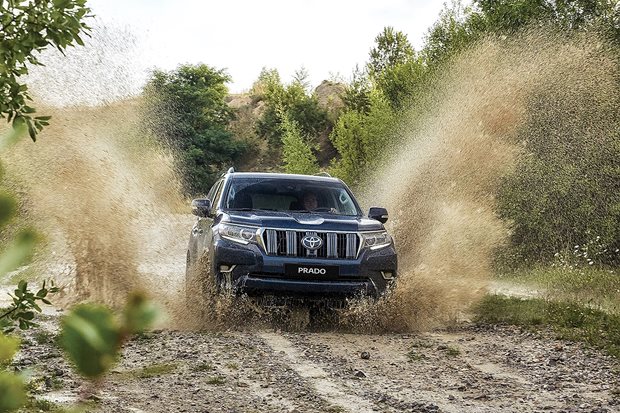 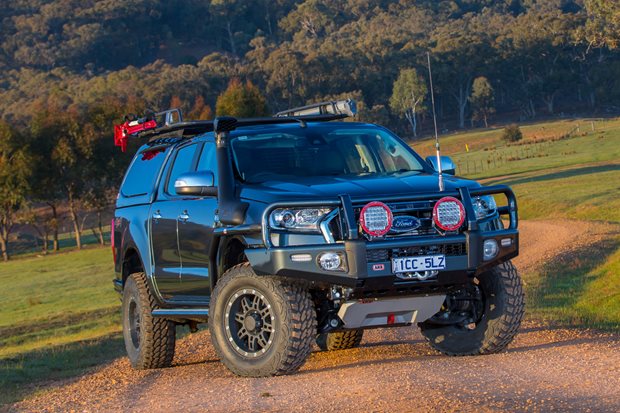 Got a new ute? Here’s a stack of upgrades and equipment suggestions to get you started on building a beaut bush tourer. 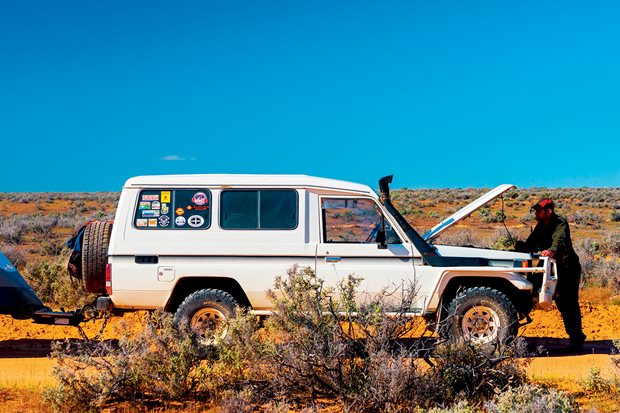 Advice: Roadside Assistance In The Bush

A breakdown in the bush can become an expensive nightmare without the right coverage. 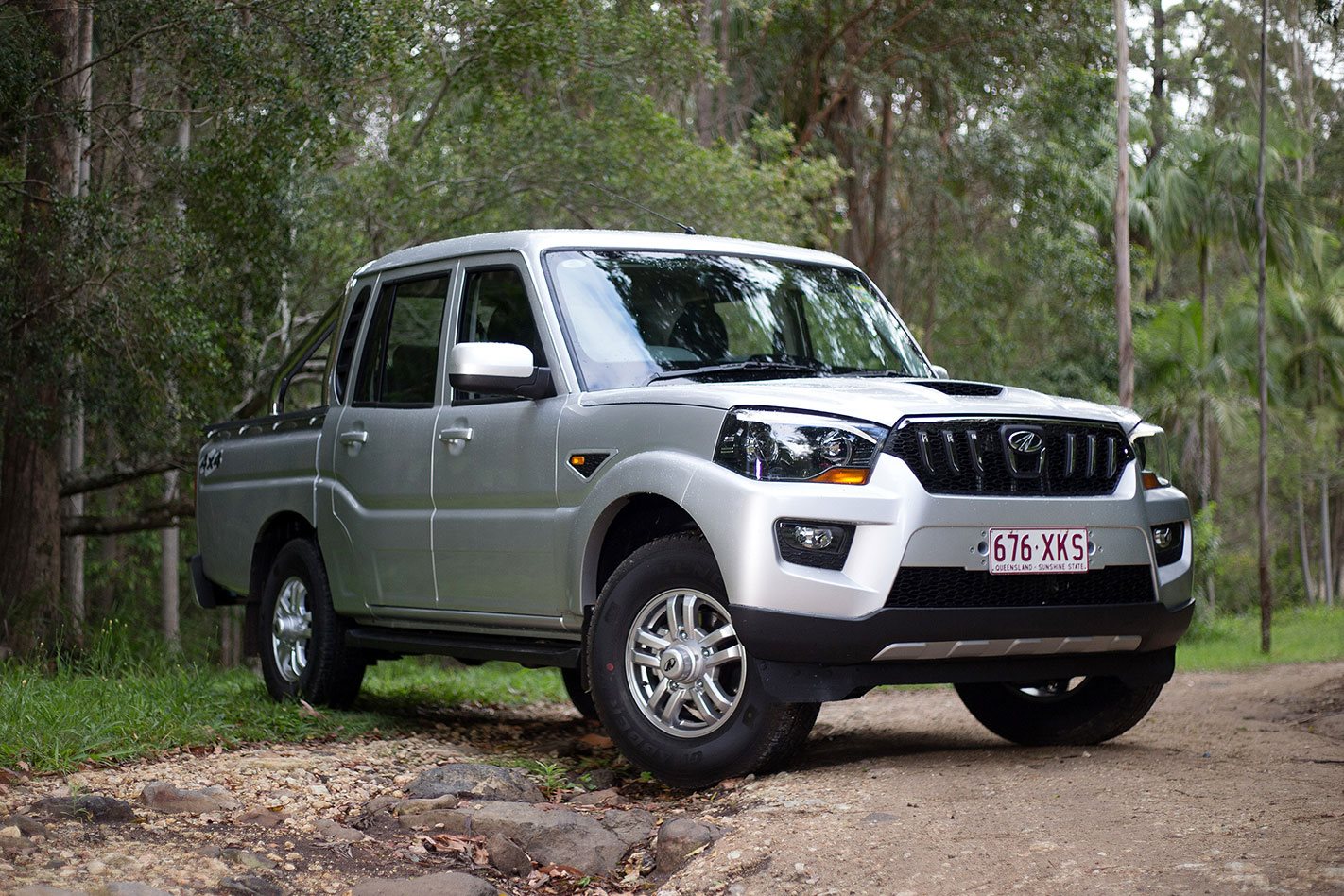 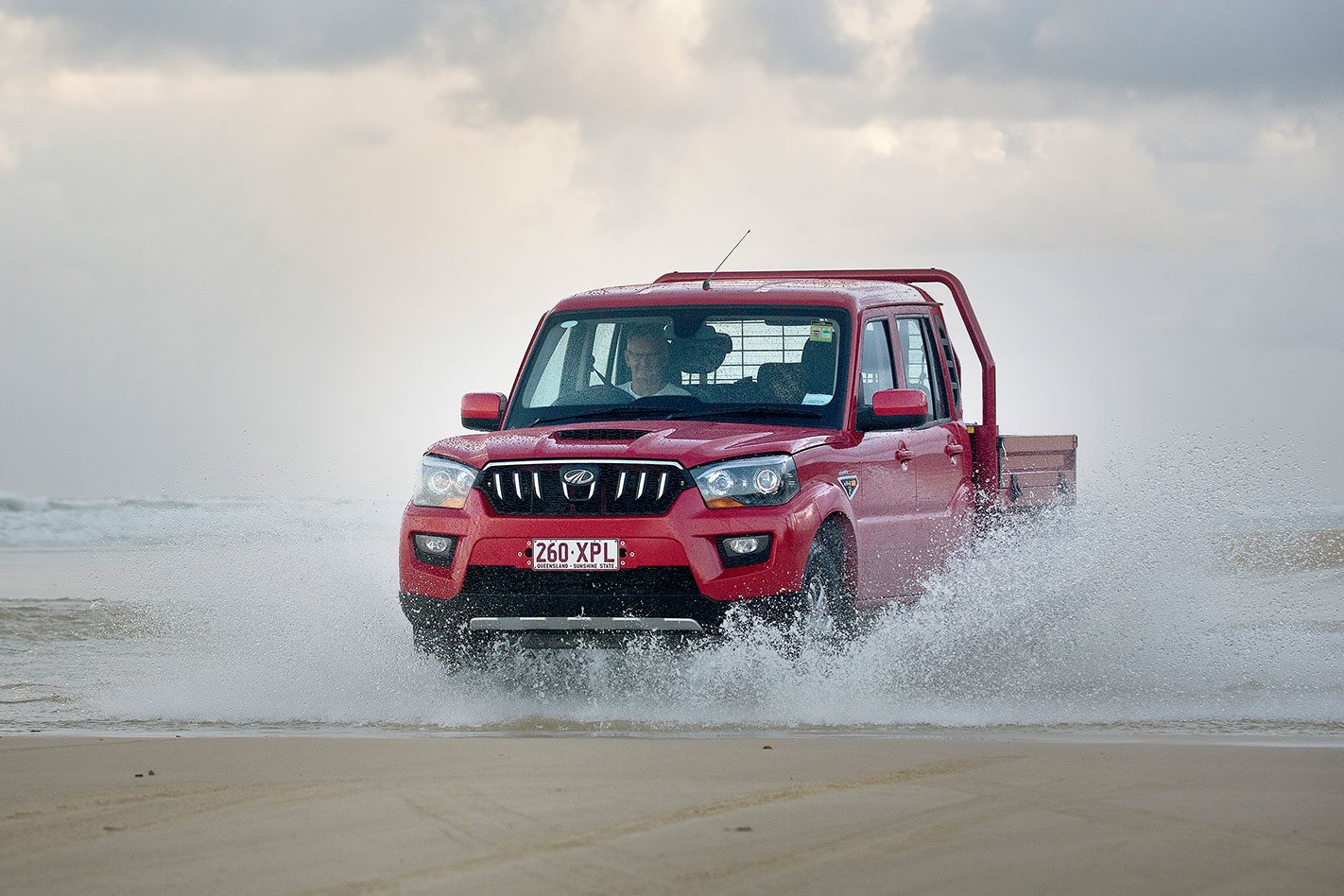 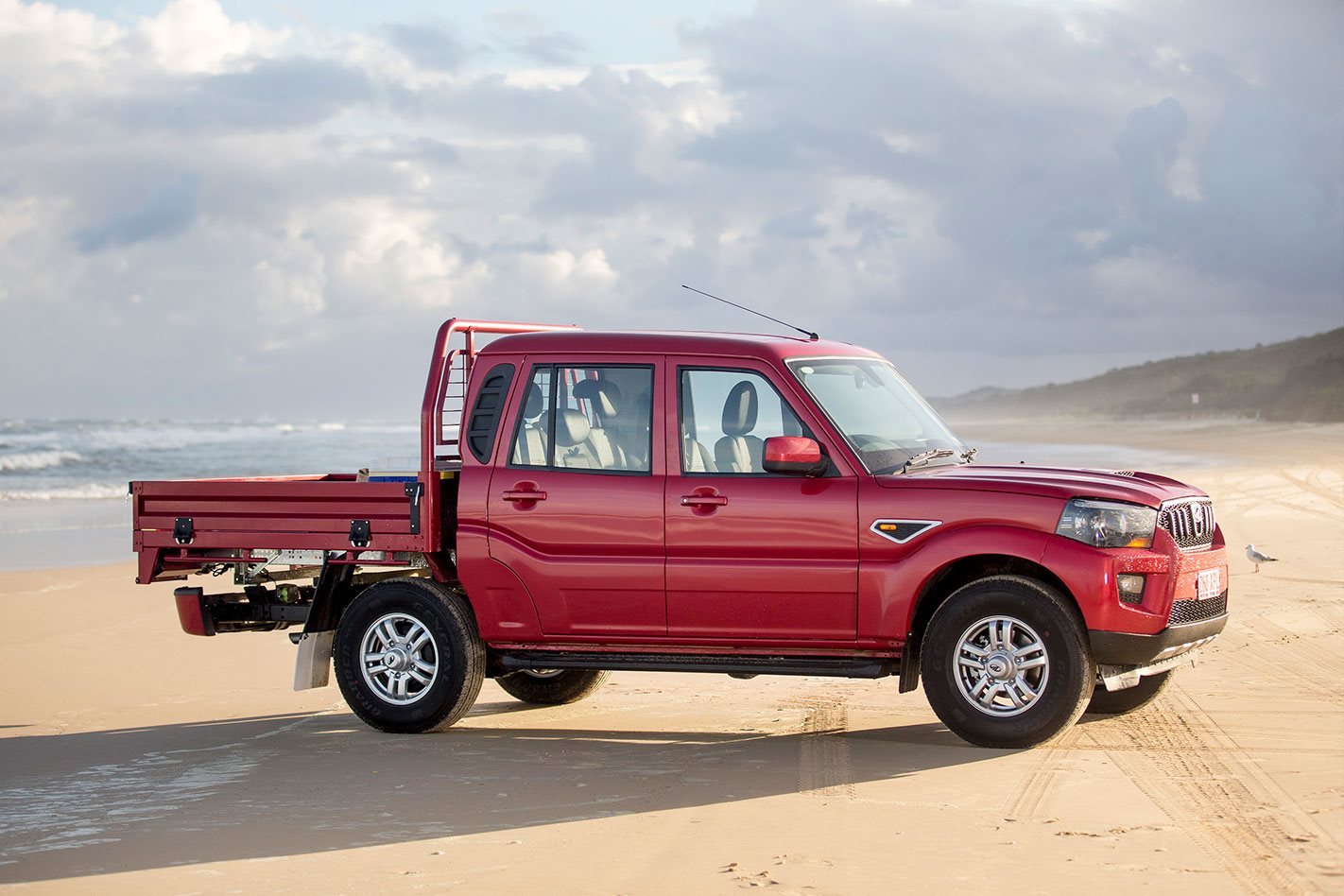 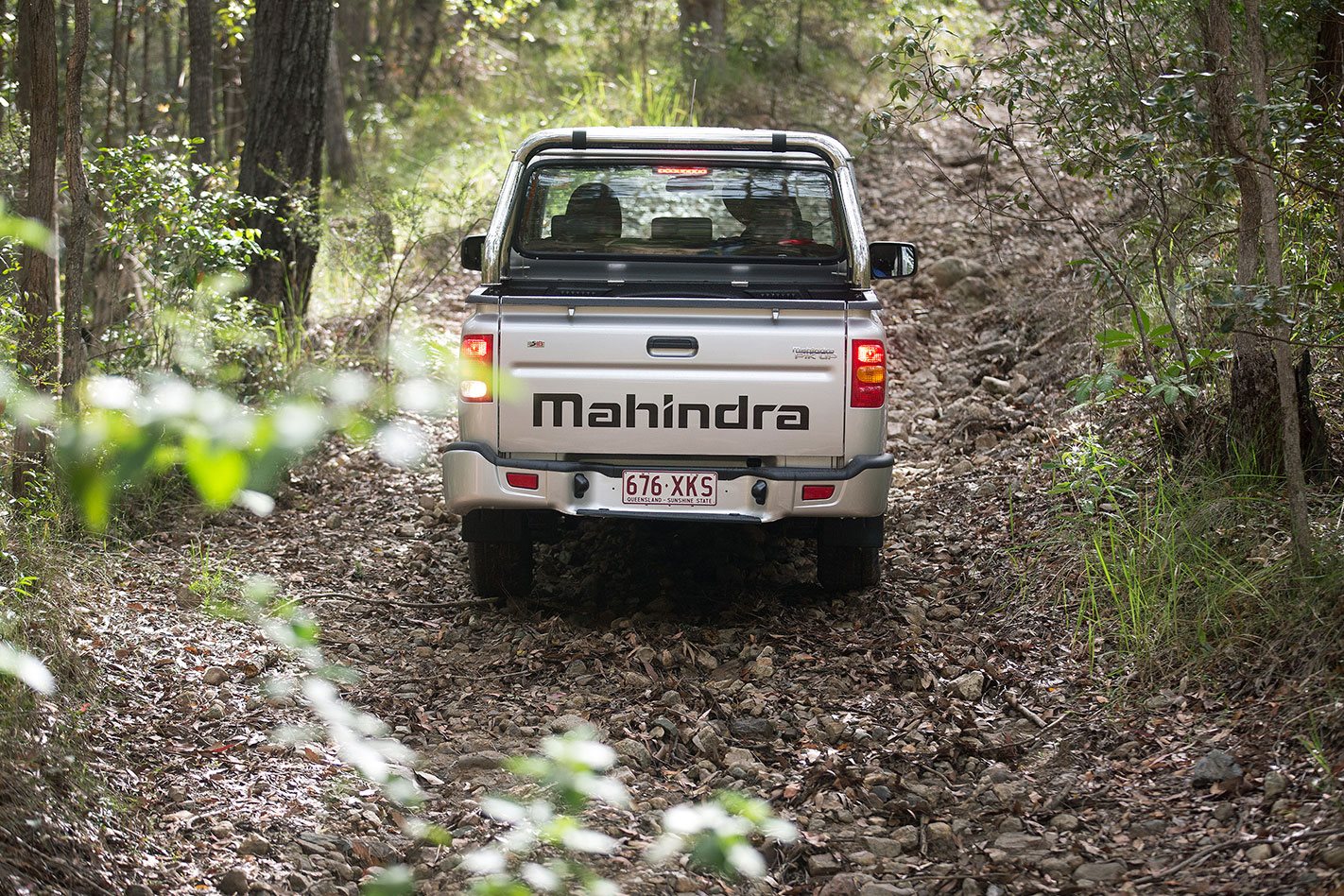 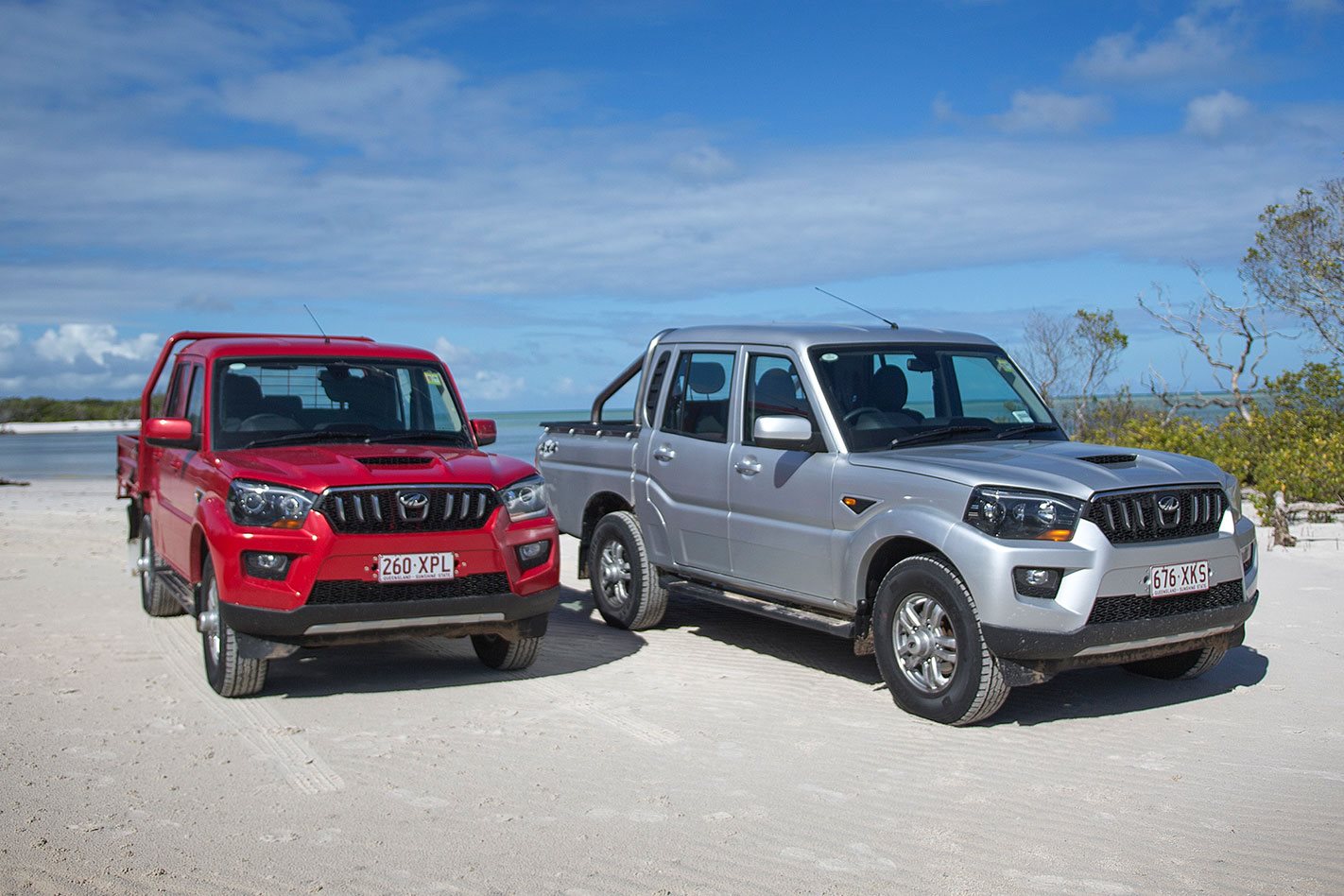 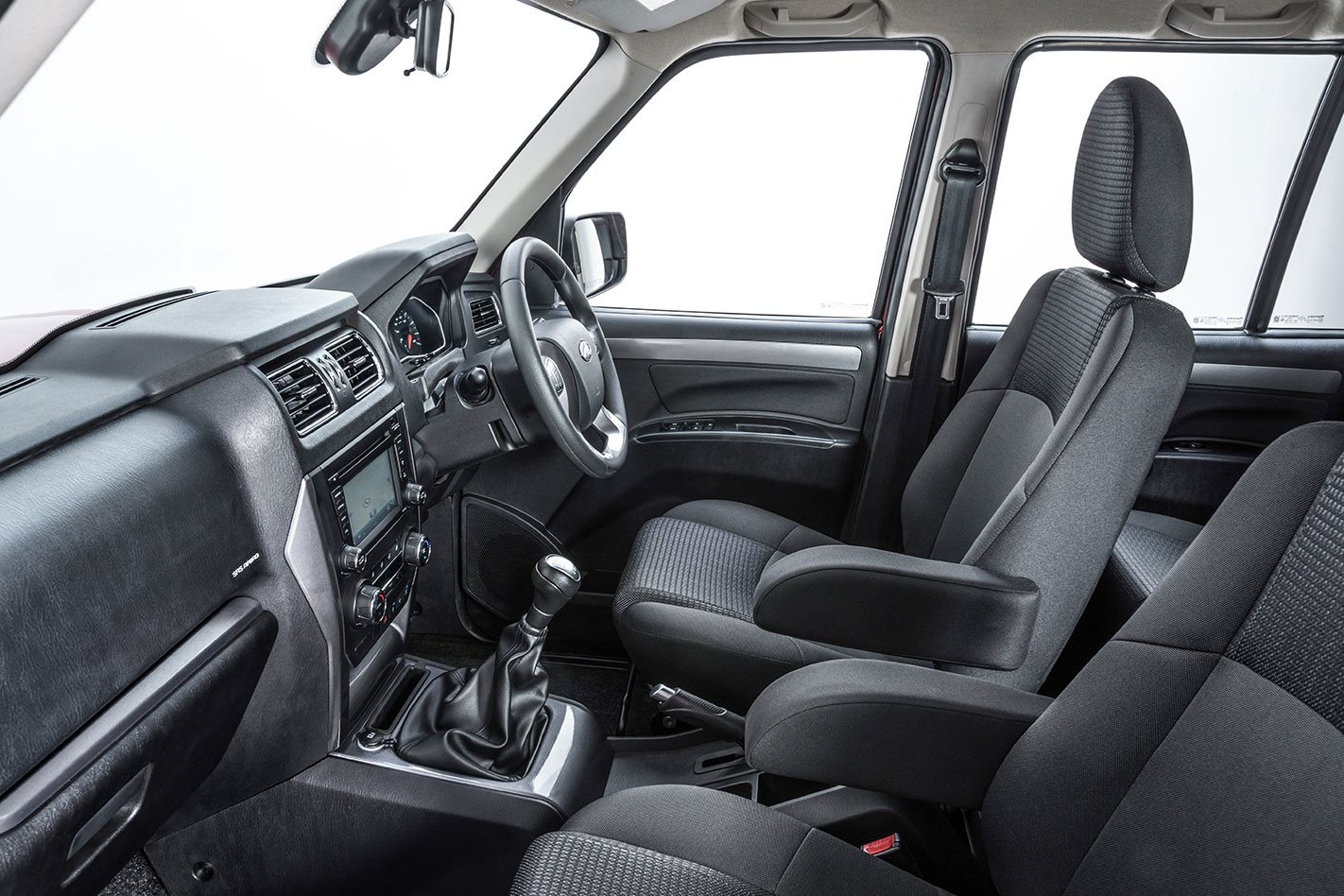 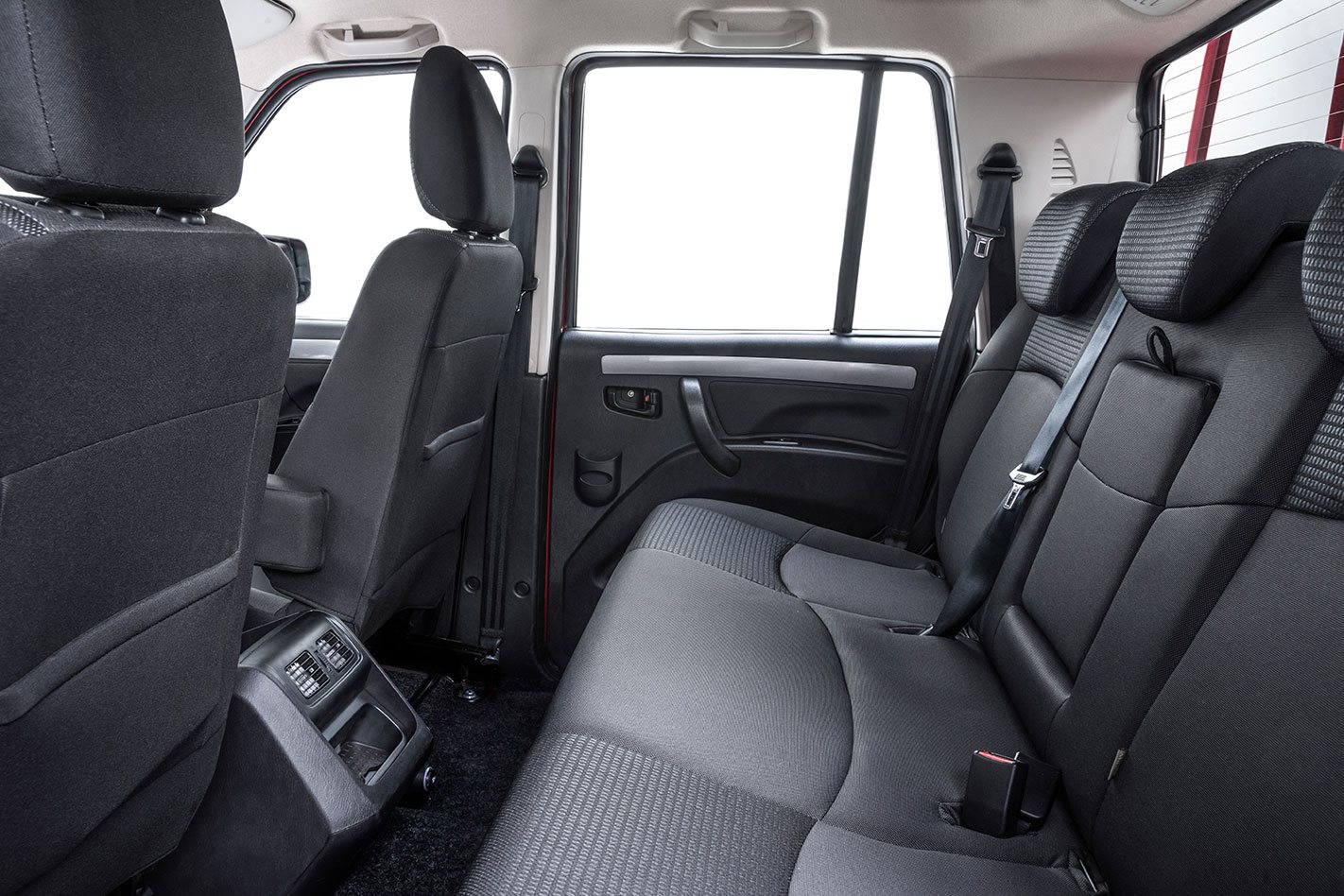