Victorian town of Rainbow gears up for the third and final round of the 2018 AORC.

WITH Finke run and won, attention has turned to the third and final round of the 2018 BFGoodrich CAMS Australian Off Road Championship: the Rainbow Desert Enduro.

The event kicks off this weekend – August 10-12 – two kilometres from the remote town of Rainbow, located about 400km north-west of Melbourne.

The Rainbow Desert Enduro debuted in 2017 and was declared a success by competitors and spectators alike, but changes have been implemented to make this year’s event an even greater spectacle.

“Some of the long straights have been broken up,” said Victorian Off Road Racing Association President Brett Price. “There has been about 1.5 kilometres added to the track.

“On the run home we shoot into a paddock and run around the perimeter, breaking up a long straight. And heading away from the spectator area before you hit the desert, we now go through some trees instead of along the road.”

Two more jumps have also been added, as well as more parking areas for spectators.

One contender ready to attack the 80km course is Mick Magher Motorsports, who is keen to unleash its Narva Racing TSCO Trophy Truck following a solid debut performance at Finke.

“Over two years of planning went in to getting the TSCO Trophy Truck to the start line at Finke and we were blown away to come home with ninth outright and second in class on the biggest stage in Australia,” said Mick Magher. “The truck did everything we asked of it straight out of the box.” 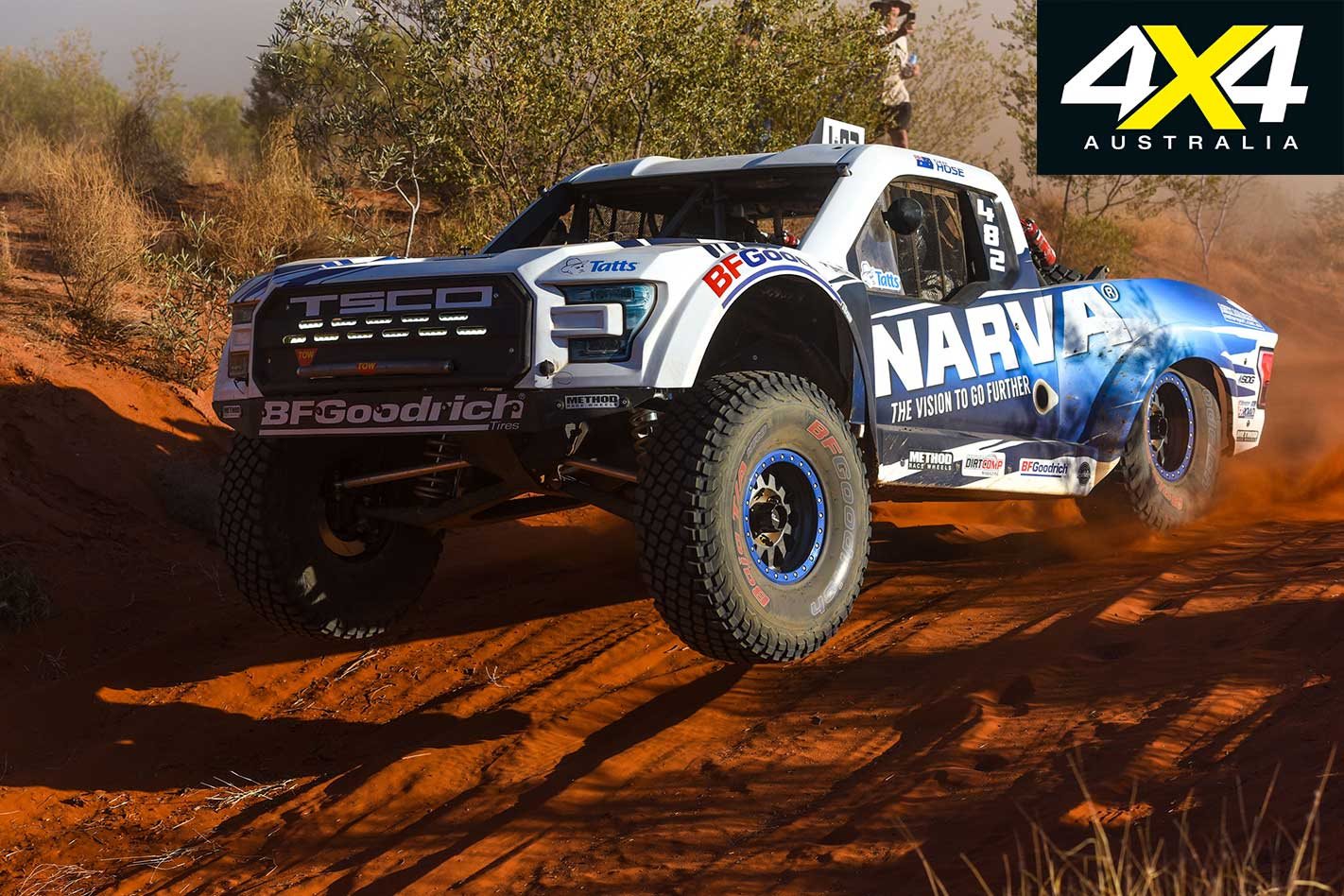 In the end, the team clocked an overall time of 4hr 21min 2.8sec to finish ninth outright and second in the Extreme 2WD class.

“The gear on the truck was outstanding and gave us the confidence to push hard. We couldn’t fault the BFGoodrich tyres and they look like they could turn around and go down and back again,” Magher said. “We learnt a lot this year and we are excited for the future.”

The Rainbow Desert Enduro involves seven laps of an 80km course. Scrutineering takes place on the Friday afternoon, August 10, where punters can check out the #482 Narva Racing TSCO Truck. The prologue kicks off on Saturday morning, followed by racing on Saturday afternoon and Sunday.

The AORC says that camping is available at the Rainbow Recreation Reserve, with some powered sites available.