FORD HAS announced a new Everest model that sits in the line-up between the mid-spec Everest Trend and the top-spec Everest Titanium. 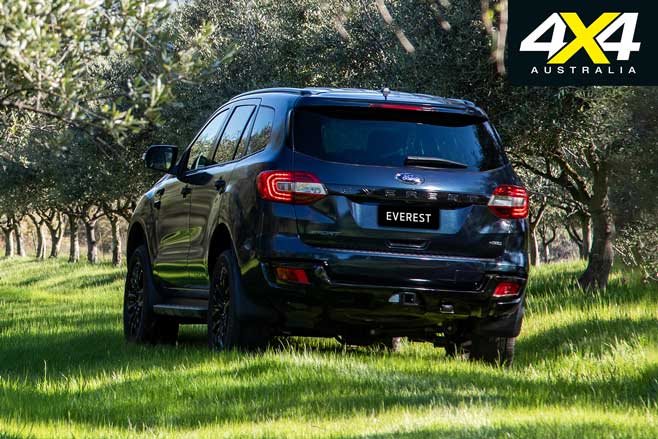 As you’d expect, the Everest Sport will be available in Shadow Black, but for those after a little contrast it will also be available in Deep Crystal Blue, Arctic White, Meteor Grey and Aluminium.

On the inside, the Everest Sport features Raceway Blue door pulls and treatments, and leather-accented first- and second-row seats. And just in case you forget what you’re driving, the front seats have ‘Sport’ embossed logos and unique Capital Blue stitching. There’s also a unique soft-touch dash pad, also with Capital Blue stitching. 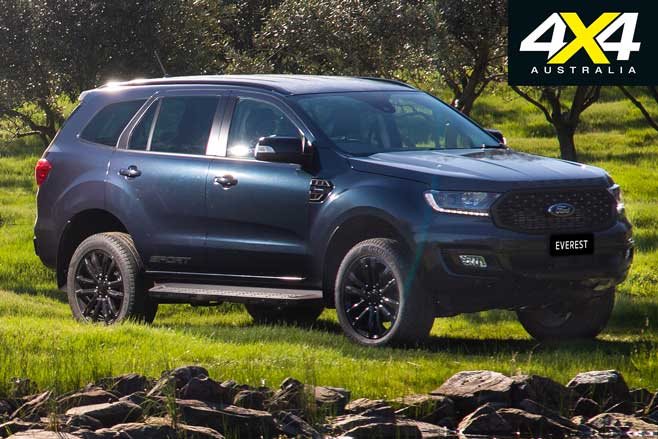 The Everest Sport also benefits from other MY2020 Everest upgrades which include the addition of a USB port on the dash to power devices such as phones and dash cams. The Everest Trend, Sport and Titanium grades also get a new high-performance lighting system with bi-LED headlights claimed to provide 17 per cent greater low-beam penetration and 20 per cent greater high-beam penetration.

The Everest Sport grade is equipped with SYNC3 with Apple CarPlay/Android Auto, and the built-in sat-nav system comes with complimentary map updates and a ‘breadcrumbs’ feature to map off-road routes as they happen for safe return and mapping records. 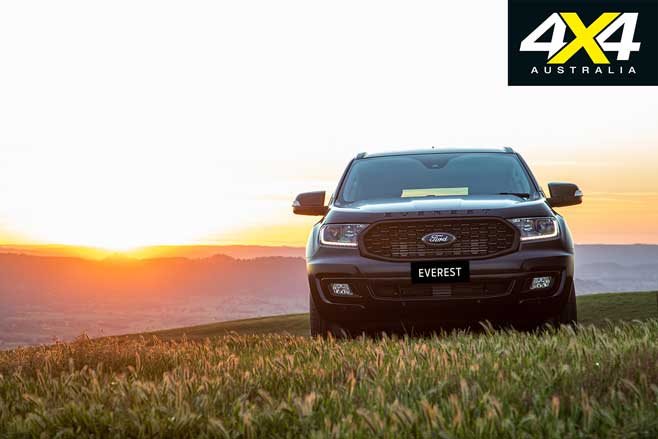 “Everest Sport is a new kind of Everest, bringing a unique style inside and out,” said Kay Hart, President and CEO of Ford Australia and New Zealand. “Everest Sport builds on the increased choice of the line-up, and combines a premium, sporty package with renowned off-road capability.”