THE 2020 Ford Ranger has been announced, with the entire Blue Oval ute line-up benefiting from a range of equipment tweaks.

The biggest update of the 2020 refresh is that the base-model Ranger XL will be available with the option of a factory-fitted Heavy Duty Suspension (HDS) system, a segment first. 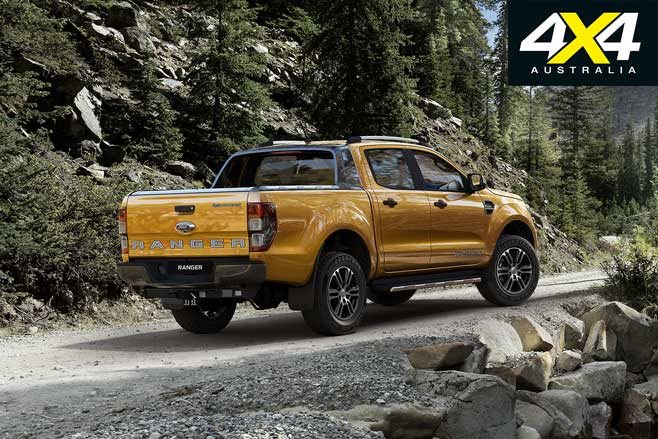 The upgraded suspension system – specifically catering for those who regularly lug heavy loads – improves the Ranger XL’s bump-stop clearance (by 25mm when carrying 550kg, for example), in the process upping departure angles.

The HDS system has been calibrated to work with the Ranger’s ABS and ESC systems and comprises of new, thicker rear springs (with a revised spring rate) and new front and rear dampers (with a revised damper tune). XL owners lured by the upgraded suspension only need to fork out $500 for the privilege.

In further good news, both the Ranger XL and XLS will get Ford’s SYNC3 tech and the 8.0-inch touchscreen already found on the upper-spec models. The tech features Apple CarPlay and Android Auto.

The XLT, Wildtrak and Raptor have been fitted with new high-performance Bi-LED headlights that are said to “bring a significant gain in forward vision” – 17 per cent greater lighting penetration on the road ahead, in fact. 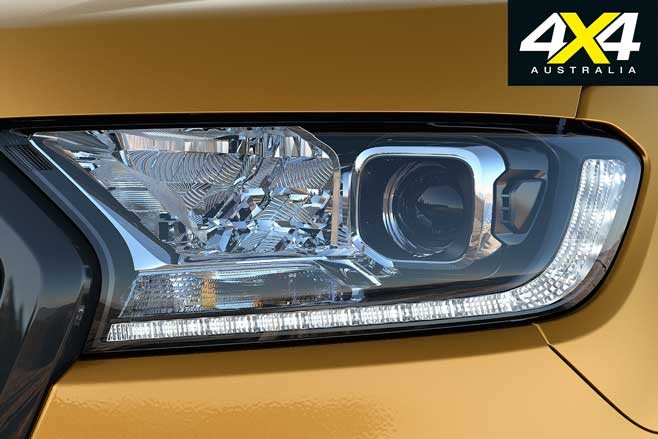 The Wildtrak has also been upgraded with new machine-finished 18-inch alloys as standard, with the black-finish six-spoke alloys – offered as an option for XLT and Wildtrak models – still available if desired.

A remote-controlled roller shutter will grace the top of the Wildtrak’s tub, and it can be operated via a key fob, a dash-mounted switch, or a button located in the tub. Not only convenient, the new shutter increases the length between the canister and tailgate by 80mm and raises the height clearance by a further 20mm (above the current-model shutter).

Another neat little addition is the installation of a USB port behind the rear-view mirror. Why? It’s there to support the growing trend of dash-cam usage.

In other news: Ranger Raptor gets AEB as standard 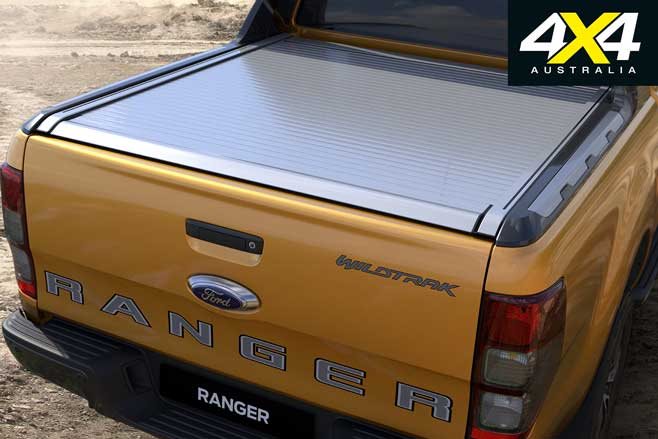 In addition to new Bi-LEDs and a USB port behind the rear-view mirror, the range-topping Raptor will get a new hue of blue – Ford Performance Blue – to separate it from the Blue Lightning paintjob the rest of the range will wear.

“Feedback from Australian and New Zealand customers has driven upgrades across the Ranger line-up, from heavy duty suspension in the XL, to a remote control powered roller-shutter on Wildtrak, and new Bi-LED projector headlights on the XLT, Wildtrak and Ranger Raptor,” said Kay Hart, President and CEO of Ford Australia and New Zealand. “Customers also told us they want the convenience of a windshield-mounted USB to power accessories, so we will now make this available across the Ranger line-up.”

Earlier this year, all models in the Ranger line-up received AEB with Pedestrian Detection as standard.