2020 Land Rover Defender not far away

MORE BY design than accident, ‘spy’ photos of Land Rover’s new Defender, complete with camouflage livery and disguised body panels, are popping up everywhere ahead of its European debut in late 2019.

The new Defender is not before time and Land Rover devotees could be excused for thinking it is well behind time, given the last Defender rolled off the assembly line some three years ago. The Defender is, after all, the very essence of Land Rover, having evolved from the very first Land Rover of 1948. Can you imagine Toyota ceasing production of the 70 Series and not having a new one ready for three years? 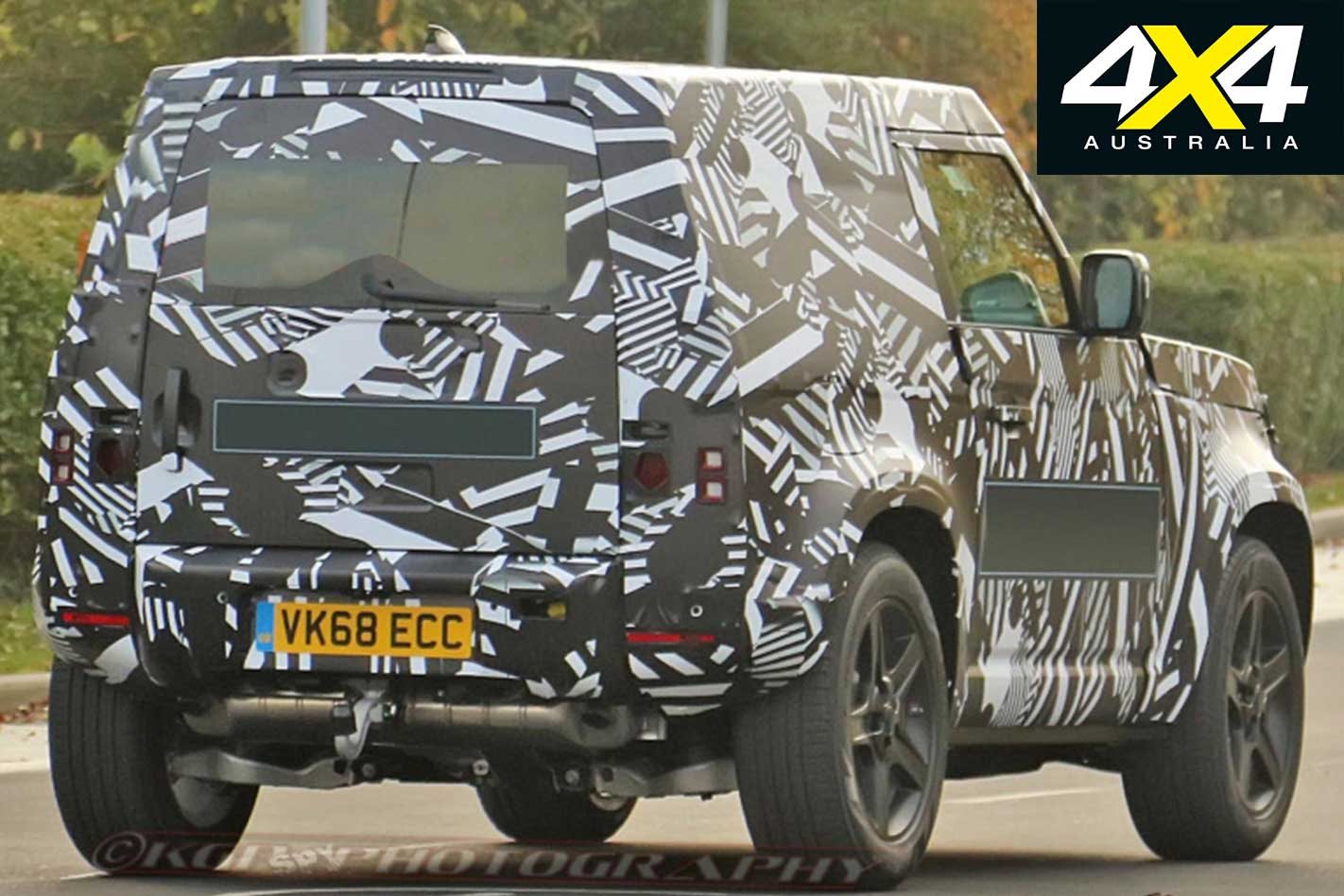 In Land Rover’s (or, more correctly, Jaguar Land Rover’s) defence, it’s been flat-out busy since the 2008 buyout by India’s Tata Motors, which has brought about the most prolific new model rollout in the company’s history.

That’s not to mention the new Jaguar models, including battery-powered full-electric models that the company – given Jaguar and Land Rover effectively work as one – has produced in the meantime.

Given this model investment has brought unprecedented sales success off a customer base who would look at the old Defender in the same light as a Massey Ferguson tractor, there may have been a time when JLR may not have even seen a Defender in its future. Thankfully that’s not the case and, while it may be late, it’s certainly coming. 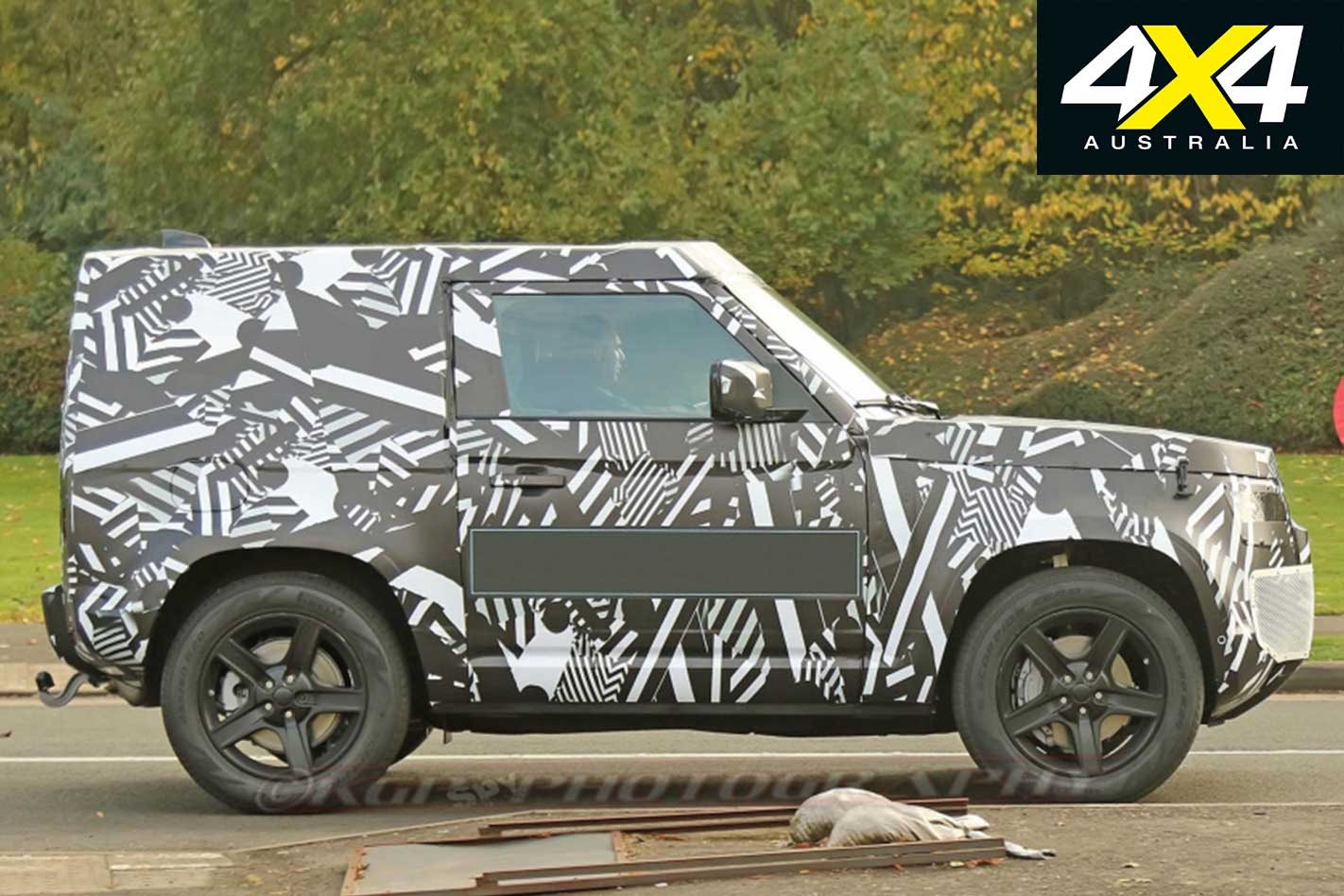 So what do we know about the new Defender? From the spy photos we know it will come in short and long wheelbases with a traditional ‘square’ 4x4 body rather than a more aerodynamically sculptured body like the new Discovery, or indeed any of the other current Land Rover or Range Rover model. Reportedly the styling cues have been taken from the Discovery II, so the look will definitely be retro.

It will also be built off a version of Land Rover’s premium platform as per the Range Rover, Range Rover Sport and Discovery. This means a monocoque fabricated largely from aluminium that is both notably light and structural rigid and rides on long-travel fully independent suspension with height-adjustable air springs. In the above mentioned vehicles this translates to broad-spectrum performance offering both sharp on-road dynamics and formidable off-road ability.

In the news: 2020 Defender undergoing testing 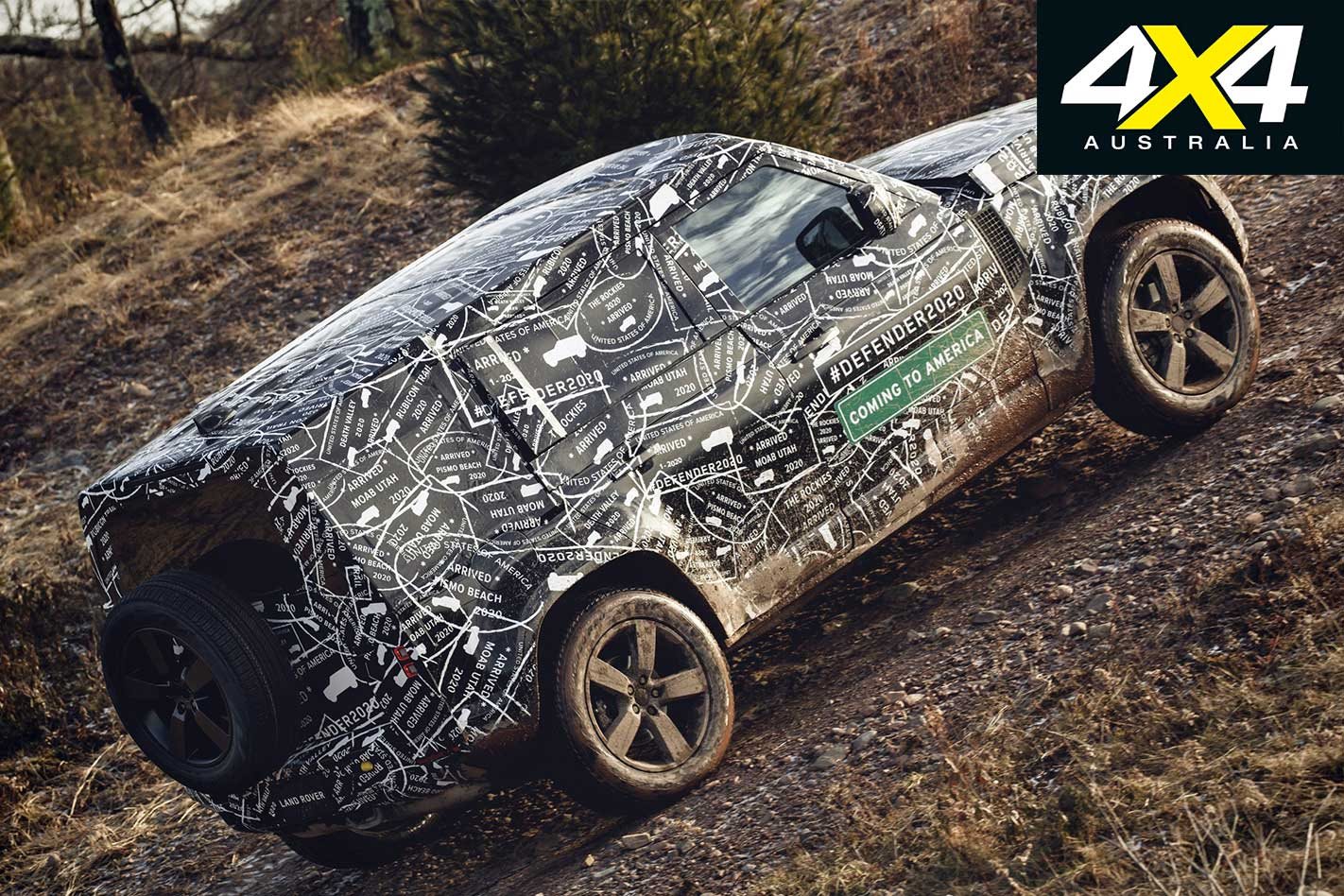 We also know the new Defender will be offered with a choice of diesel and petrol engines from Land Rover’s new, cutting-edge ‘Ingenium’ engine family. There will be at least two 2.0-litre four-cylinders diesels, most likely the 132kW (single-turbo) and 177kW (bi-turbo) engines from the Discovery, but perhaps also an entry-level 110kW diesel, as currently used in the Discovery Sport. A 2.0-litre four-cylinder turbocharged petrol engine anywhere in the 180-200kW range will also be offered.

In a sign of the times there will also be a petrol-electric hybrid with plug-in capability for additional battery charging beyond regenerative braking, a so-called PHEV (Plug-in Hybrid Electric Vehicle) model.

The conventional part of this powertrain will be a 1.5-litre three-cylinder petrol engine created by lopping off one cylinder from one of the Ingenium 2.0-litre petrol fours. Given Ingenium 2.0-litre petrol fours currently produce anywhere between 177kW and 220kW the ‘little triple’ could make anywhere between 133kW and 165kW, so still pretty handy. However, there are no plans at this stage for a fully electric Defender, as electric vehicles don’t fit with Land Rover’s go-anywhere image. 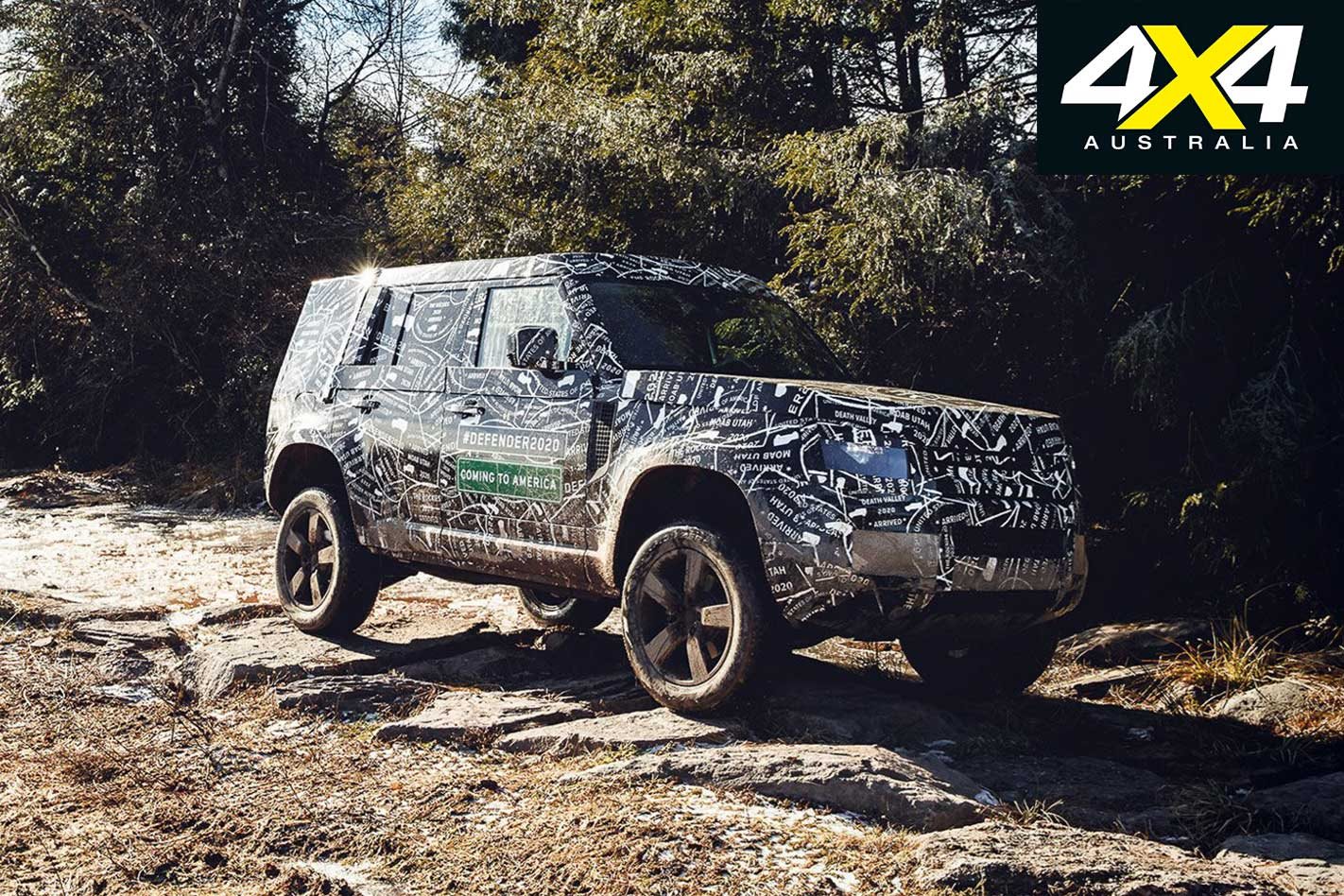 If you’re hoping for a manual gearbox in the new Defender, you’re probably going to be disappointed; although, a manual could be a possibility with the entry-level diesel engine. Otherwise you can count on the familiar eight-speed automatic.

Likewise, there’s no reason to suggest why Land Rover will depart from the dual-range full-time 4x4 system, as used in the Discovery, Range Rover and Range Rover Sport, complete with its self-locking centre diff and optional rear self-locker.

The new Defender will be pitched across a broad-spectrum that will include the fashionable urban market (think Jeep Wrangler buyer who never goes off-road), all the way to those wanting a serious off-roader. 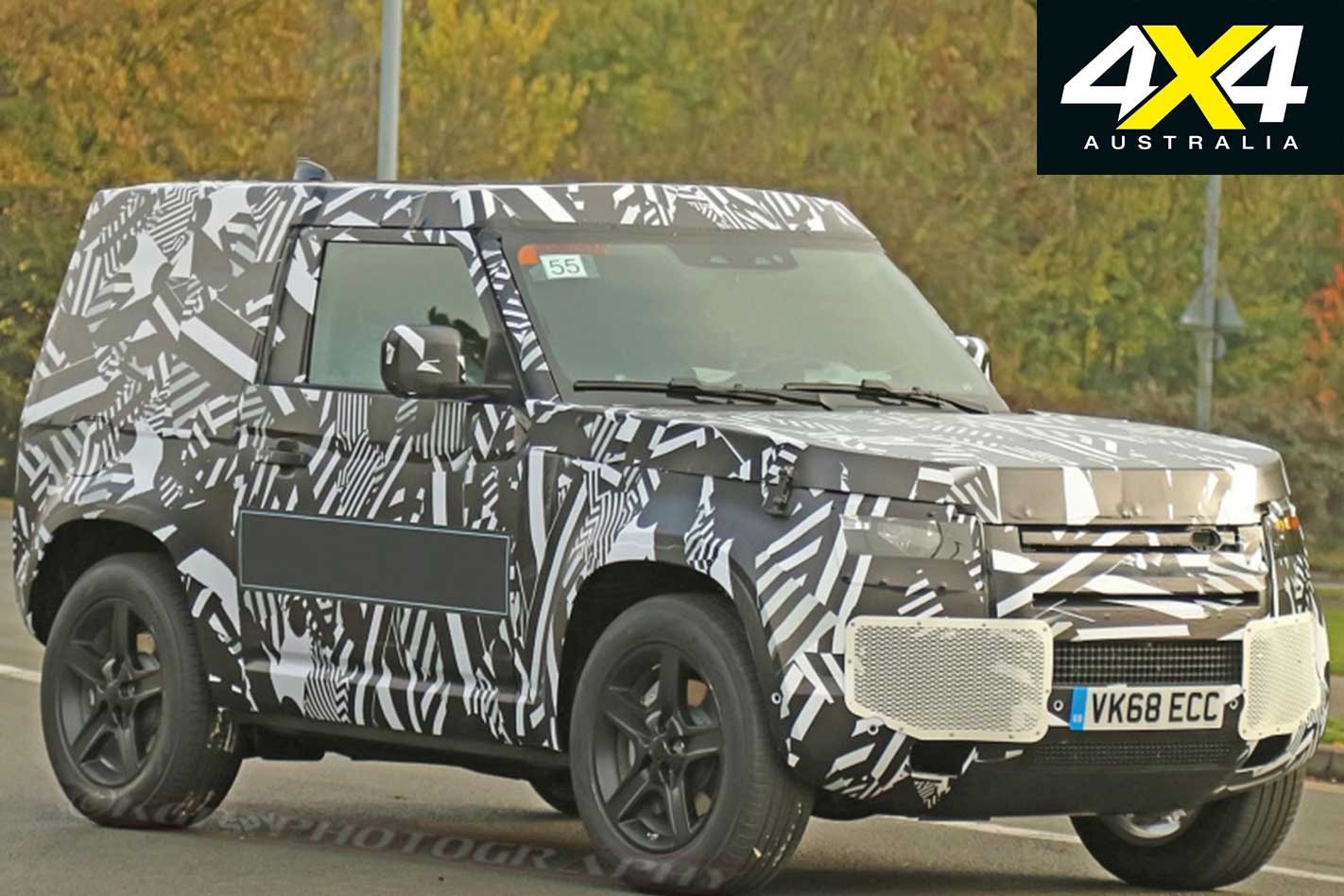 Indeed, reports suggest the new Defender will be the most off-road capable Land Rover ever and will even be offered with an off-road practical wheel and tyre spec with rim sizes down to 18- and possibly 17-inch, something that has been somewhat of an Achilles’ heel on recent Land Rover models.

What we don’t know, and what Land Rover seems to be denying at this stage, is the possibility of a Defender ute sometime in the future. With the Defender wagon switching to the aluminium monocoque platform, a ute may have to be constructed on a new and unique traditional separate chassis platform; so it could be some years away yet, if it comes at all.

We expect to see more ‘leaked’ spy pics of the new Defender over the coming months, before the final product is revealed later this year.