Video reveals camo-clad Defender at the 2019 Goodwood Festival of Speed.

AFTER months of leaks and drip-fed content, the 2020 Land Rover Defender has made its official global debut … well, the prototype has.

Steered by the Duke of Richmond, video footage of the camo-clad Defender doing a lap at the Goodwood Estate was published via the official Goodwood Road & Racing YouTube channel. 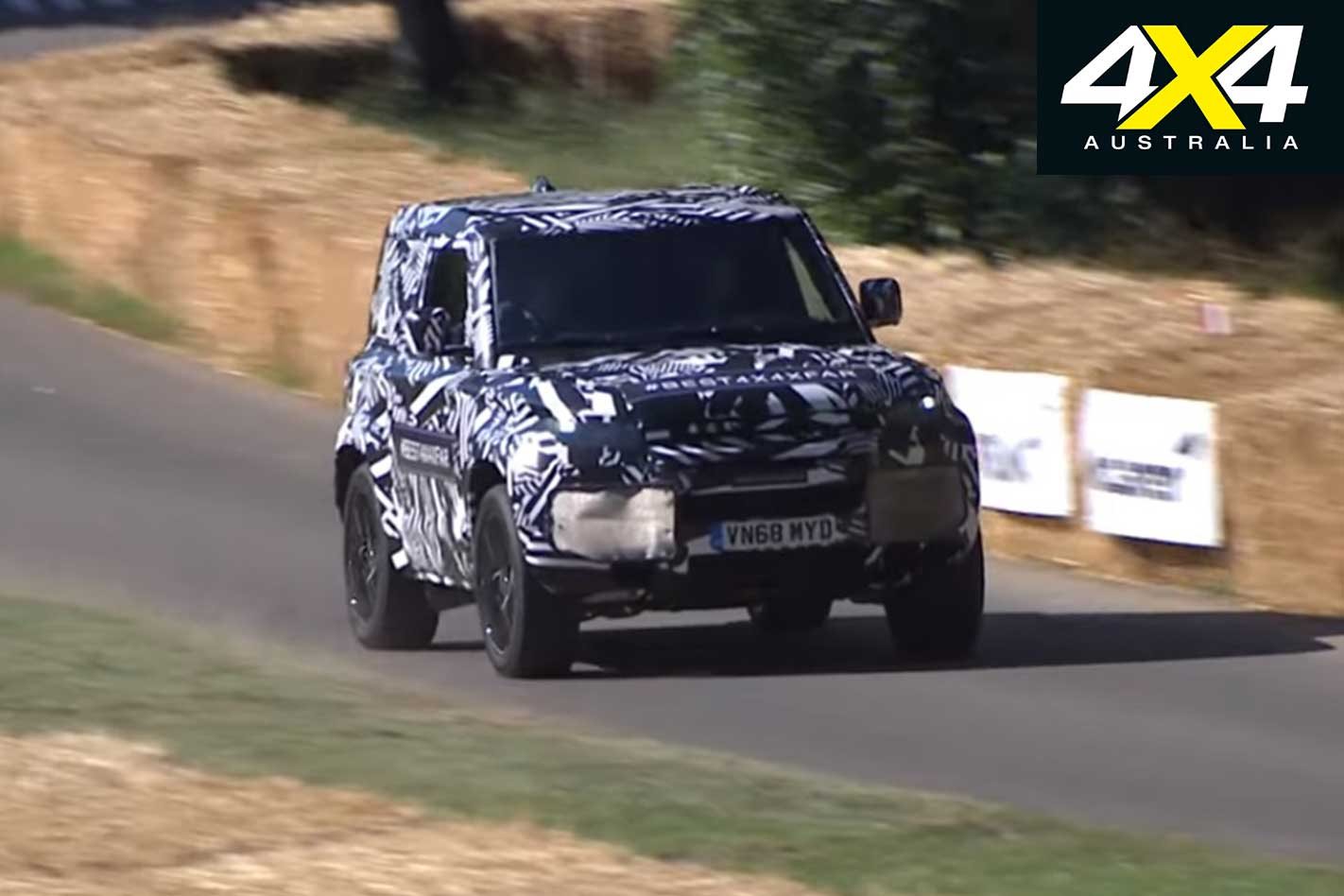 The leaks also suggest the Defender will be fitted with 18-inch tyres and will have three spec levels with a choice of petrol, diesel and PHEV drivetrains, all backed by an automatic transmission.

As learned earlier in the year, all Defenders will ride on an aluminium monocoque chassis with full independent suspension.

The 2019 Goodwood Festival of Speed is running from July 4 to July 7.