IF ‘2020 Land Rover Defender prototype’ fatigue hasn’t set in yet, perhaps it will after the release of yet another round of video and stills.

Fresh from chasing lions with wildlife conservation charity, Tusk, in Kenya, and then lapping the famous hill at the Goodwood Festival of Speed, the prototype Defender has now been pushed to its limits in Dubai. 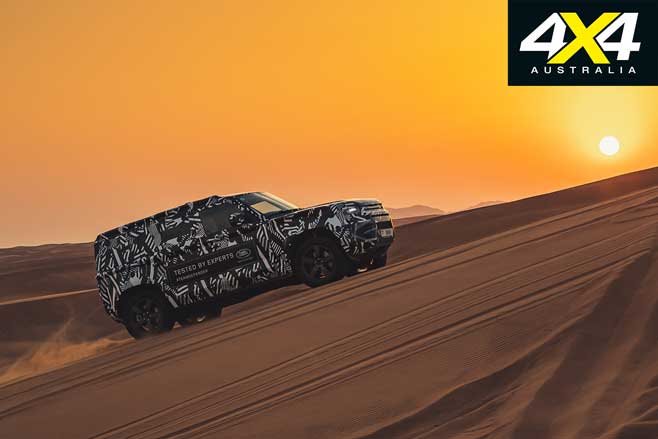 With temperatures soaring above 40°C, Land Rover engineers, together with a team of all-terrain experts from the International Federation of Red Cross and Red Crescent Societies (IFRC), steered the test mule up and over the region’s rolling sand dunes, as well as to the crest of the UAE’s tallest mountain along the iconic Jebel Jais highway.

“The dunes of Dubai are the perfect place to confirm that this is the most capable Land Rover ever made,” said Nick Rogers, Jaguar Land Rover Executive Director Product Engineering. “It sits on tyres with an overall diameter of up to 815mm, resulting in a very large contact patch. Coupled with our bespoke traction control system, which monitors and adjusts for a large variety of terrains, this makes the new Defender fantastic on sand and incredibly smooth on road.”

Behind the camo: Spyshots of the 2020 Defender front leaked! 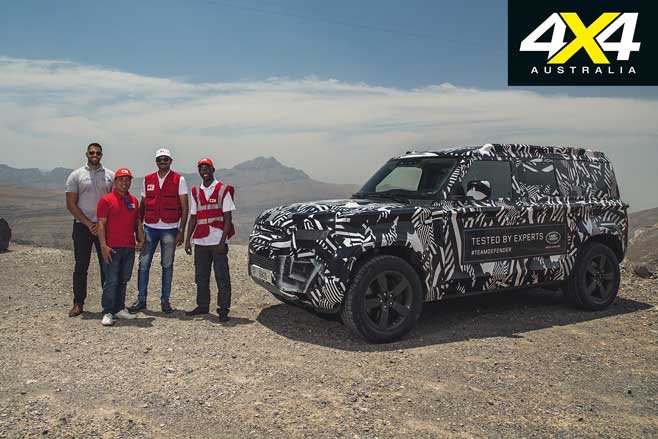 Land Rover and the IFRC recently signed a new three-year global partnership to “focus on disaster preparedness and response initiatives” – the relationship between the two organisations spans back to 1954.

The new Defender will officially be revealed later this year. 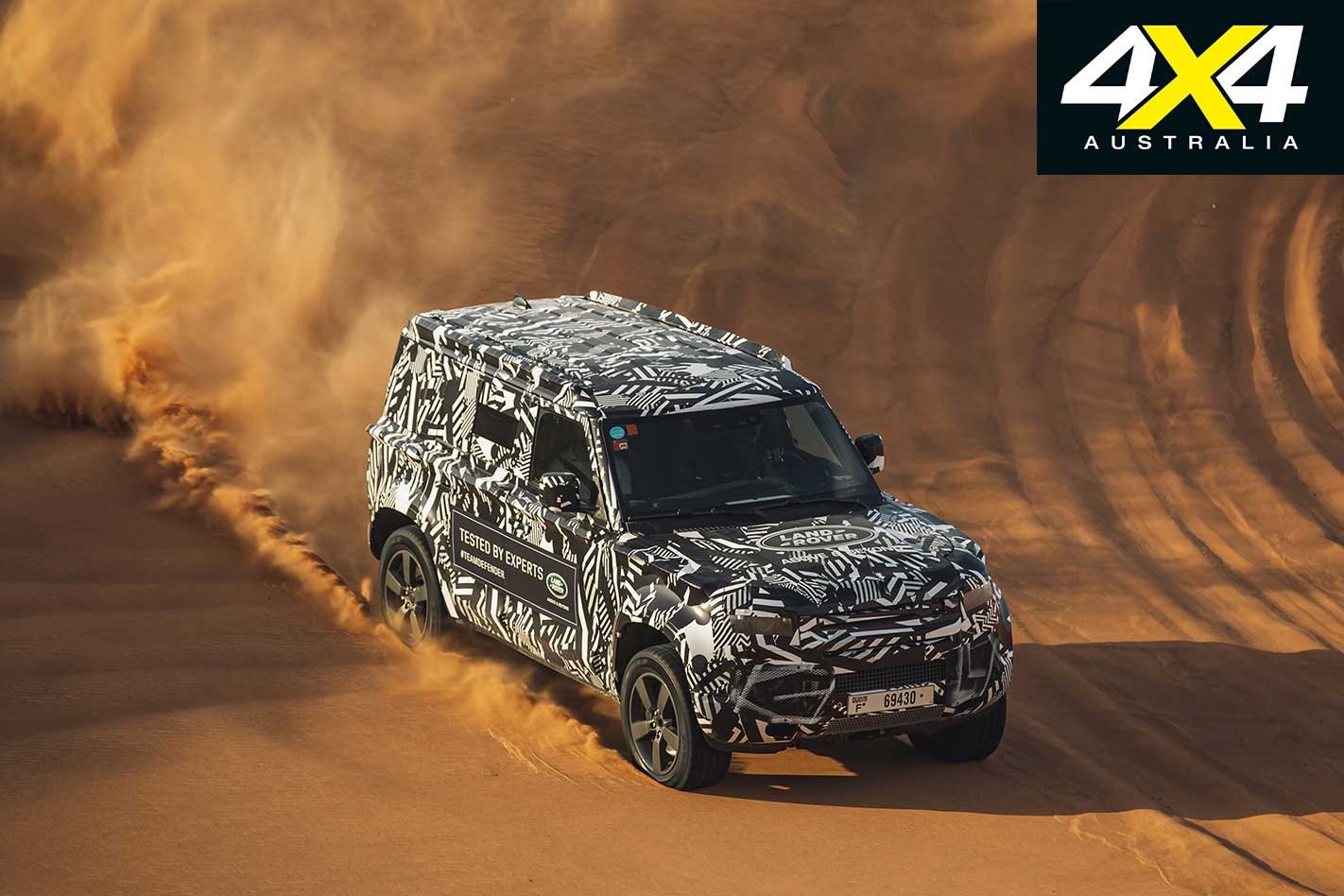 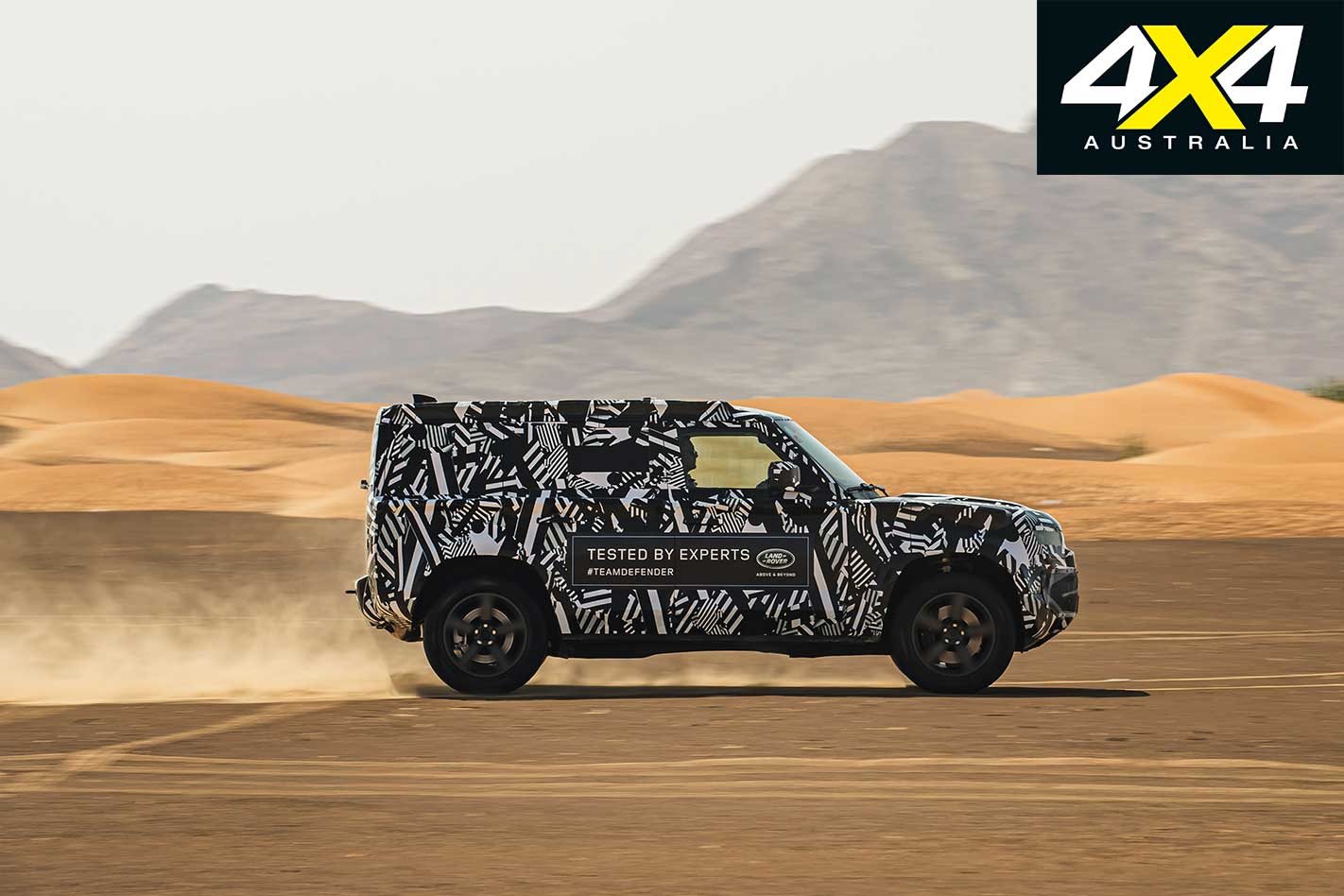 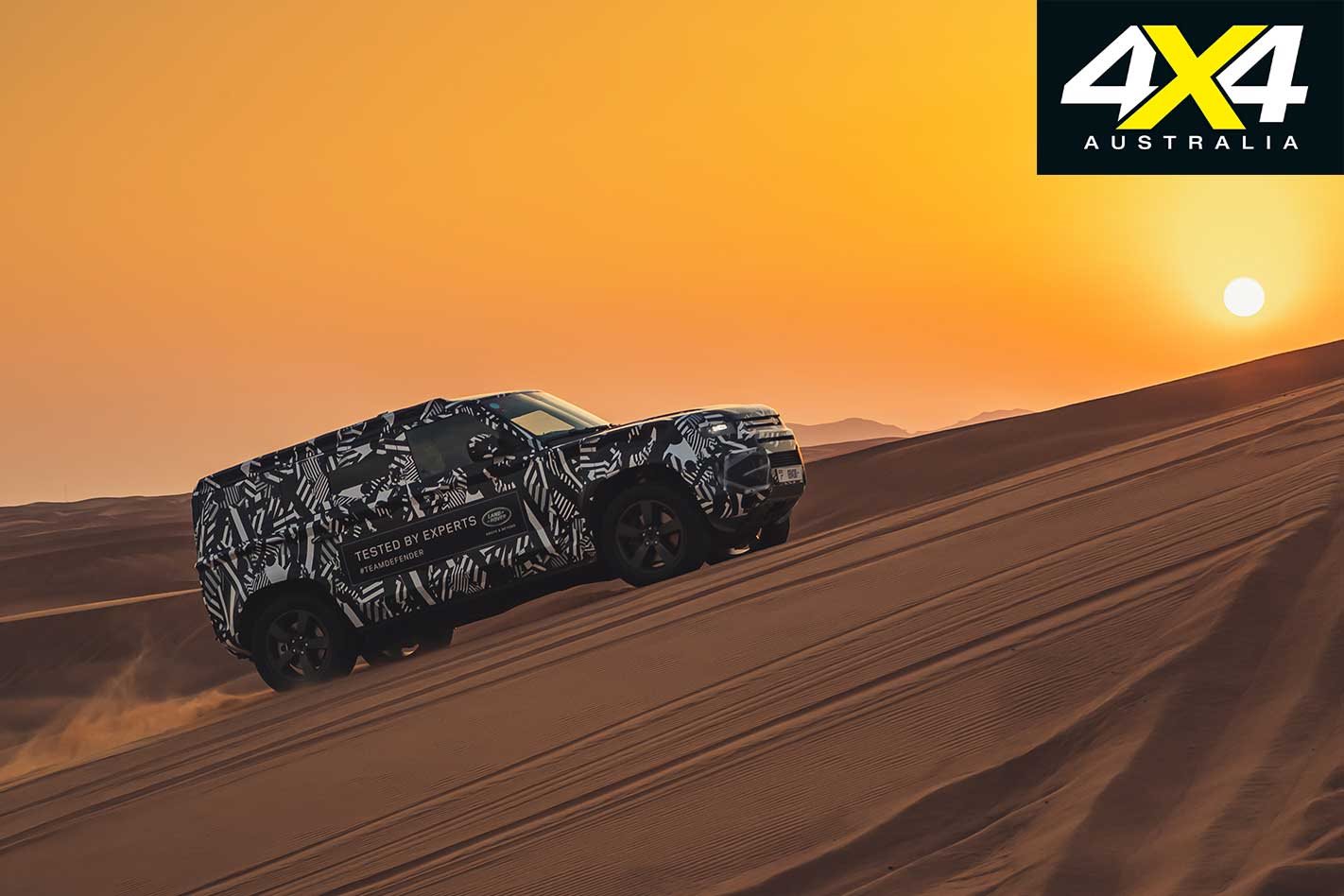 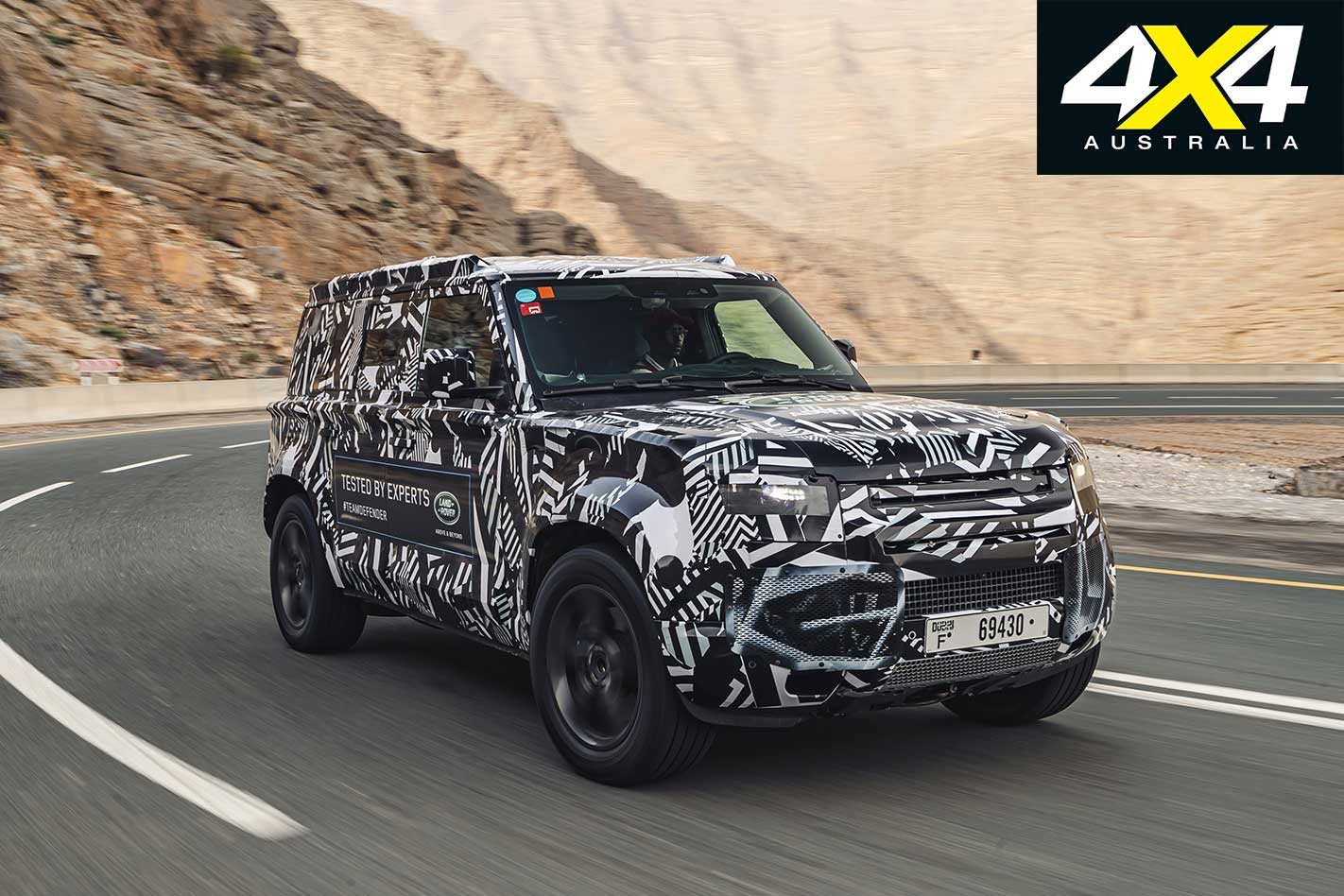 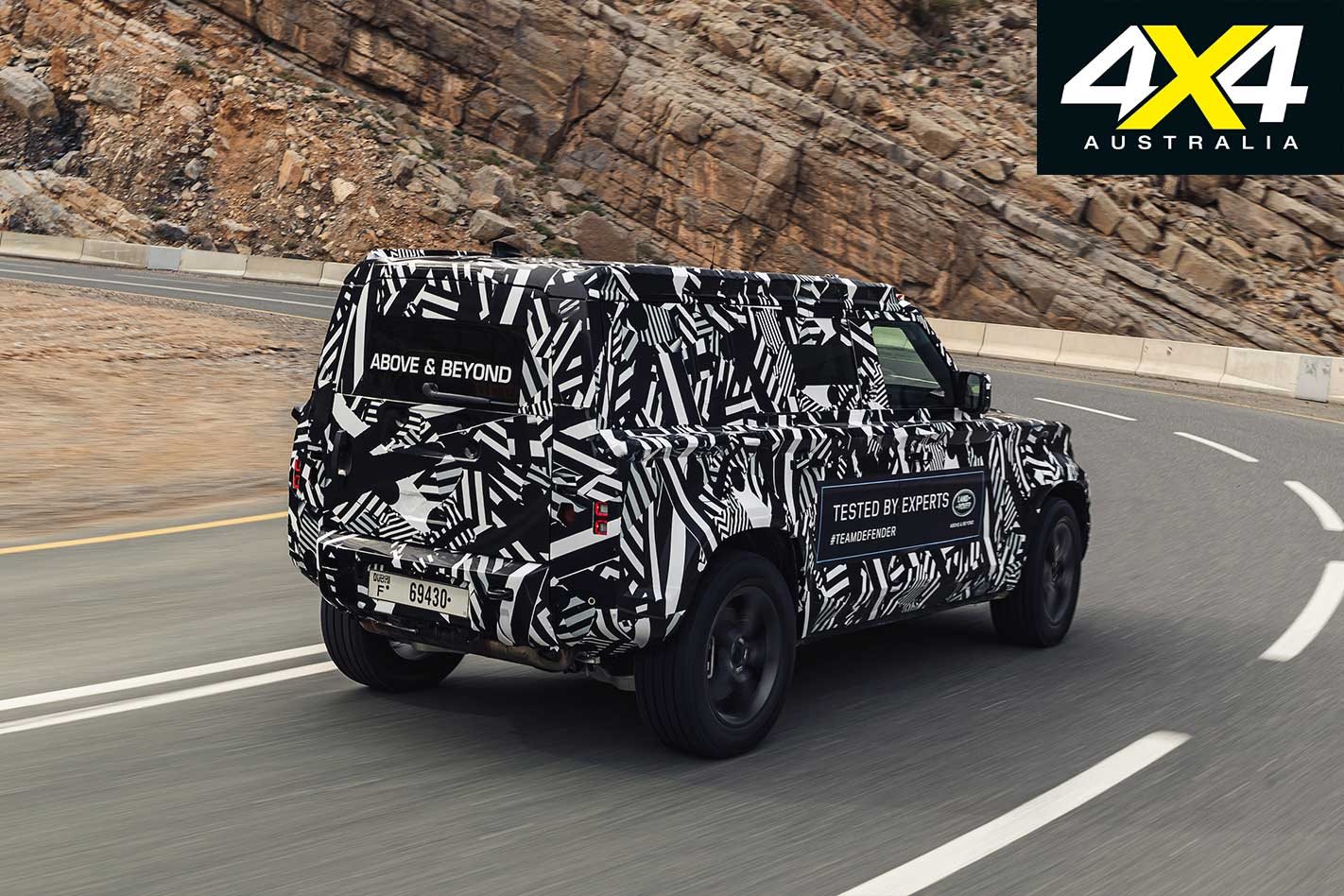 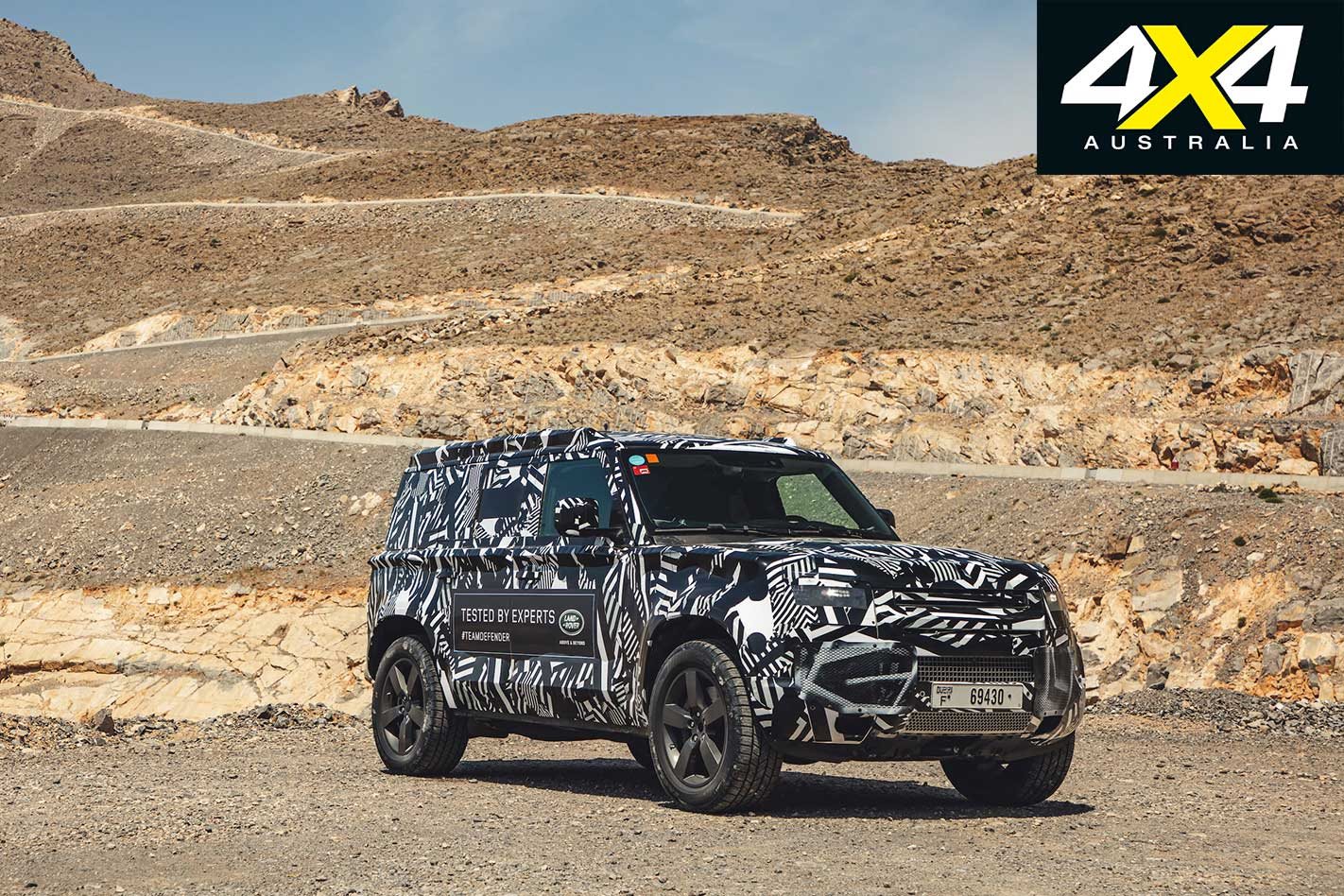