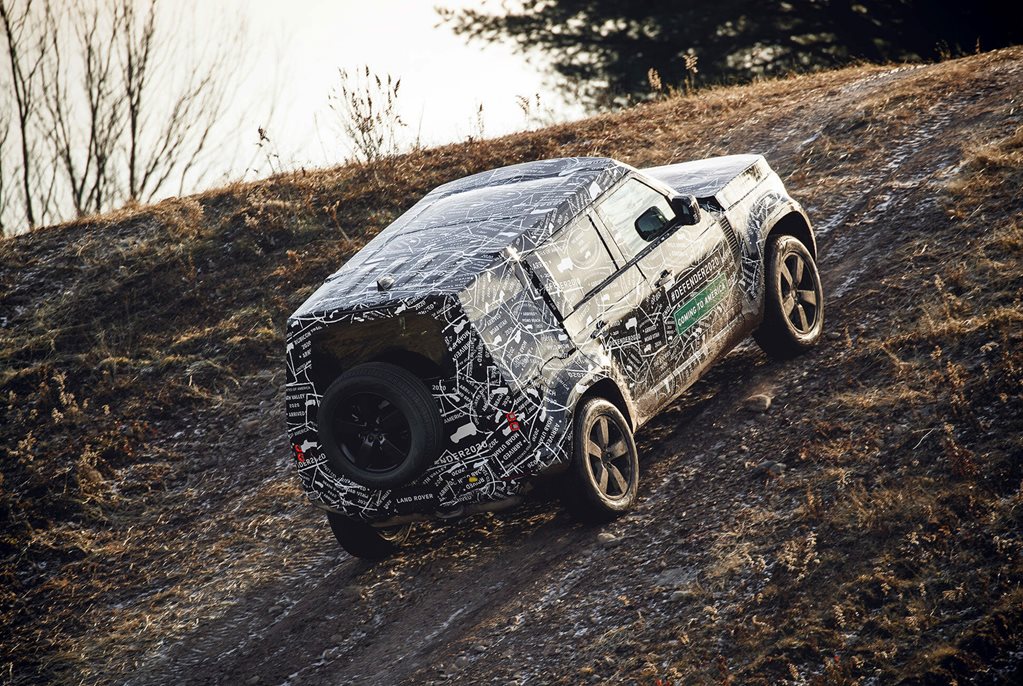 Fresh official images out of Land Rover this morning show the 2020 Land Rover Defender testing in the USA.

Land Rover has given Defender fans a late Chrissy present in the form of more official images of one of the brand's best-loved models, which is set to return in 2020.

Still wearing its camouflage, the all-new Land Rover Defender shows a boxy shape akin to the Land Rover Discovery 3/4 models, the spare tyre mounted on a side-hinged tailgate and the various ride heights attained by height-adjustable suspension. In some angles, you can also pick up on the suspension arms showing that independent arrangement for both front and rear.

The new Land Rover Defender is expected to arrive riding on a derivative of the aluminium monocoque platform that currently underpins the full-size Range Rover and Discovery models. Vehicles photographed testing in the UK have shown that it will be available in both a short- wheelbase ‘90’ and long-wheelbase ‘110’ variants. There have been no indications of the pick-up variant which has always been a constant in the Defender line-up in the past.

Like all new Land Rover models, the 2020 Defender will be available as a luxury vehicle, but we are expecting a range of variants in both the SWB and LWB bodies that will also include more off-road focused models and special off-road SVX editions. Just don’t expect the commercial style vehicles of Land Rovers in the past that have served military and NGOs around the globe so well for generations.

The new Defender could be powered by any of Land Rover’s new breed of turbocharged petrol and diesel four-cylinder ‘Ingenium’ engines and is expected to include a plug-in hybrid model.

Much of the vehicle's off-road ability will be delivered via a suite of the latest technologies to make the Land Rover Defender unrivalled when the going gets tough, yet equally at home on city streets.

The only information that is confirmed from the press release is that the new vehicle will be fully revealed in 2019 and be on sale in the USA and Canada in 2020. A return to sales in the USA was imperative to reintroducing the Defender to the market after it was discontinued there decades ago.

Clearly seen behind the wheel of the prototype in some of the images is Kim McCullough, Vice President of Marketing for Jaguar Land Rover North America. Ms McCullough said in the official statement that “there are a handful of automobiles that are beloved around the world and stand for a brand, a country and a distinct way of life. The Land Rover Defender is such a singular vehicle”.

The prototype Defenders are being tested in the US to help engineers create what the company claims will be the “most off-road capable Land Rover vehicle ever”. In the USA they will be operating in temperatures from -40F to +120F while driving the test vehicles on- and off-road at altitudes of more than 13,000 feet above sea level.

There has been no official word from Land Rover Australia representatives as to when the 2020 Land Rover Defender will arrive here but we expect it to also be in 2020. 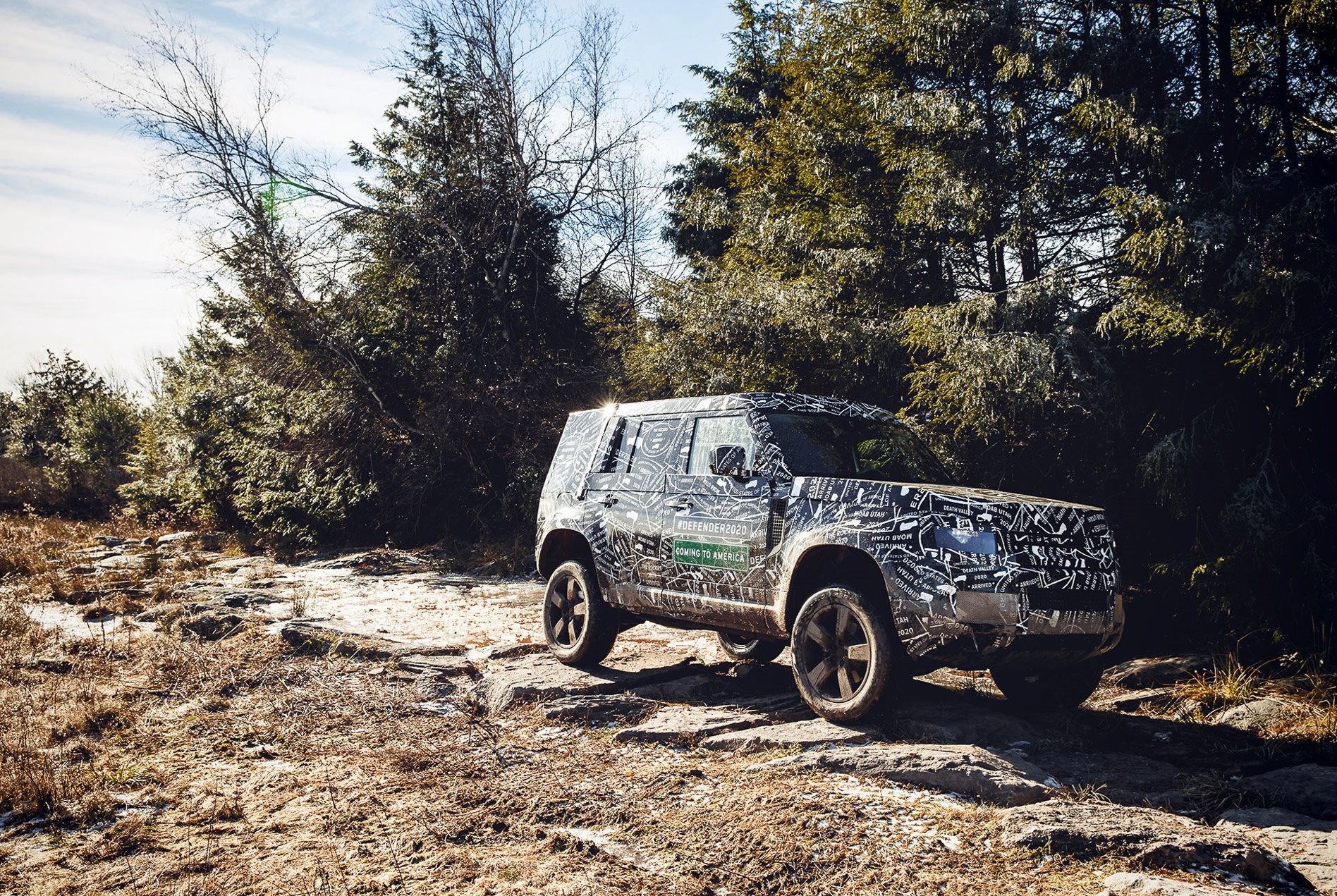 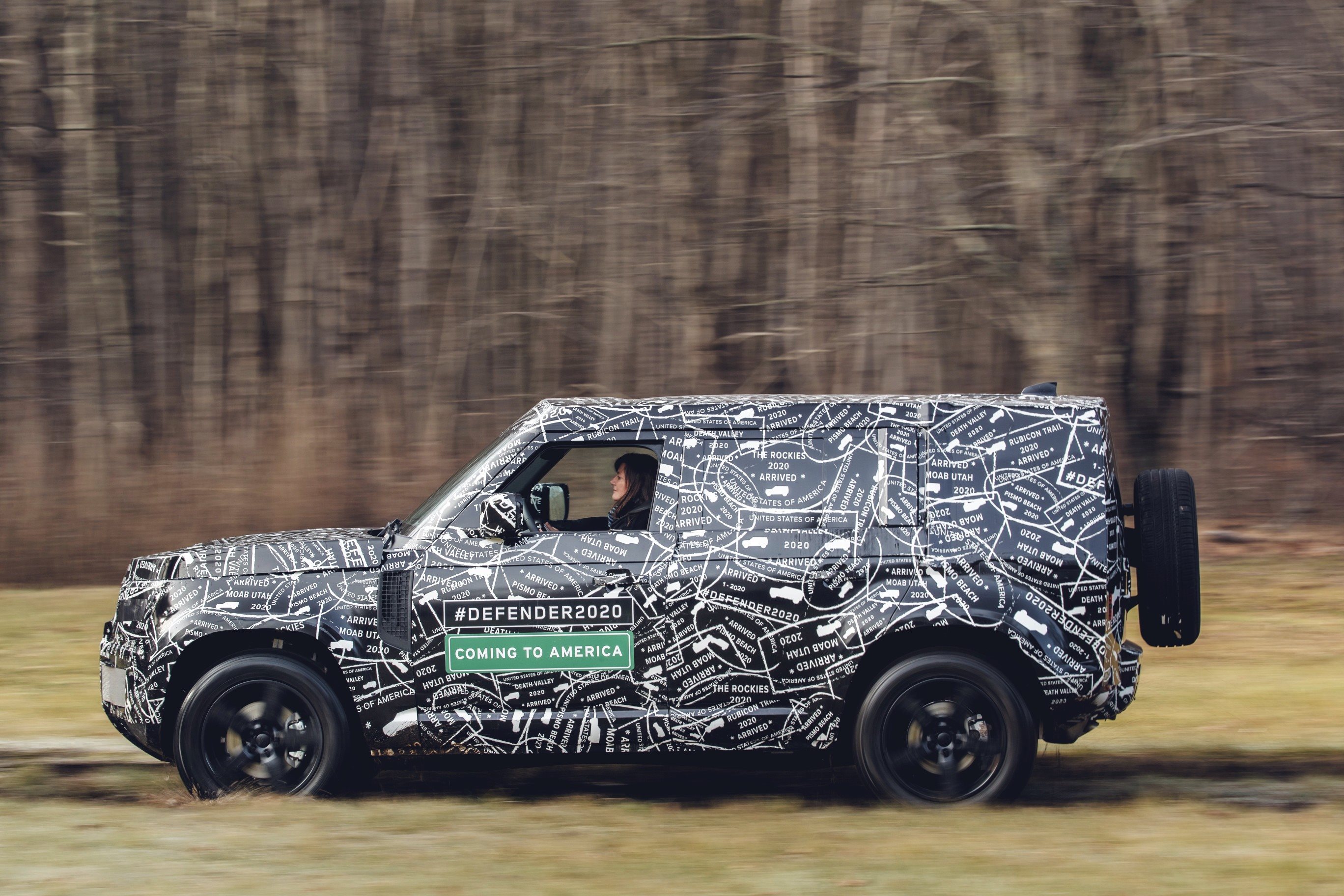 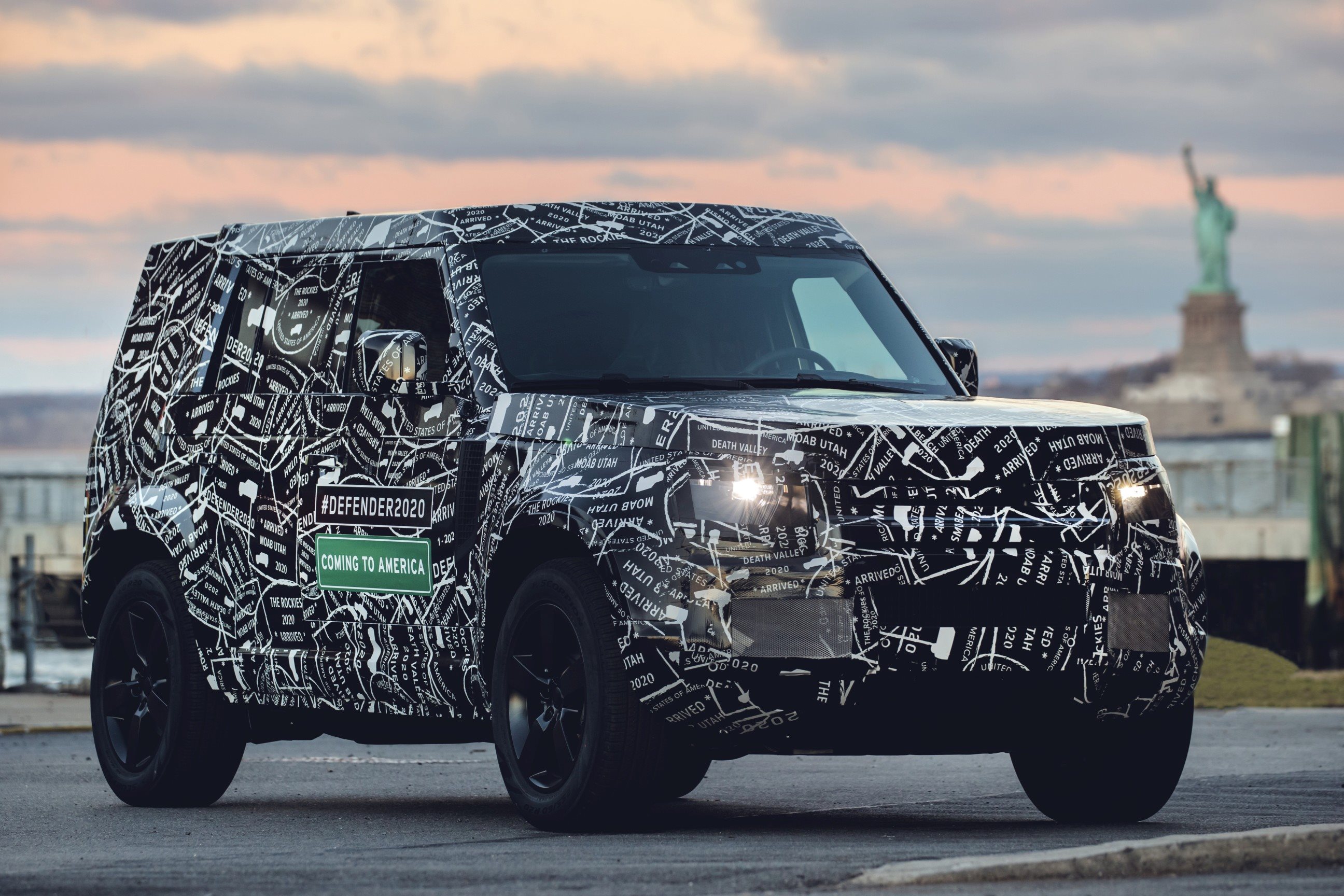 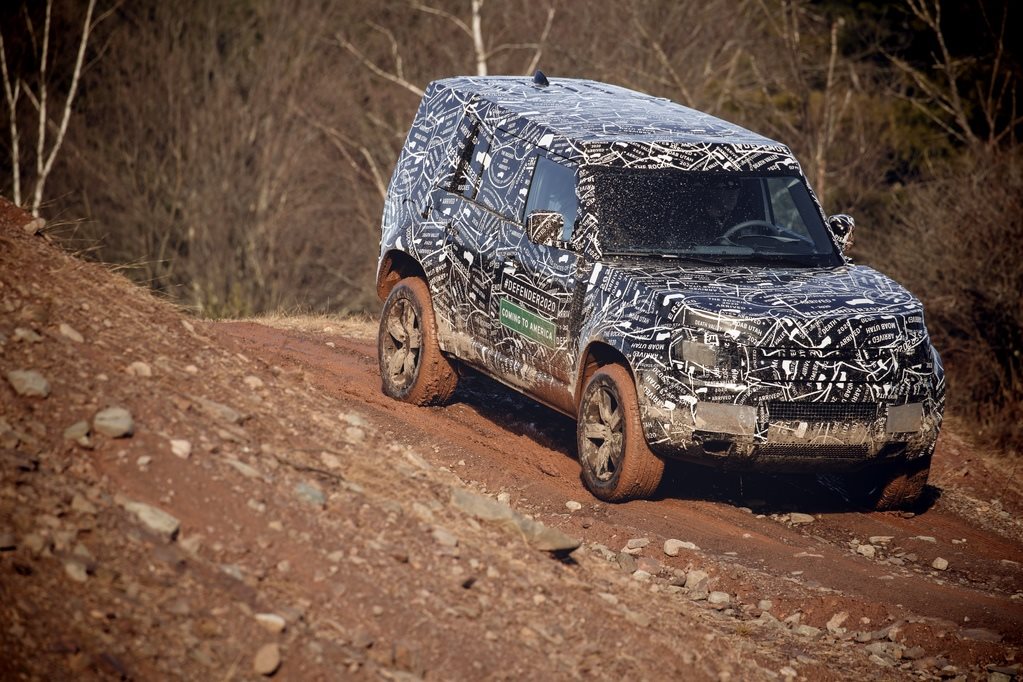 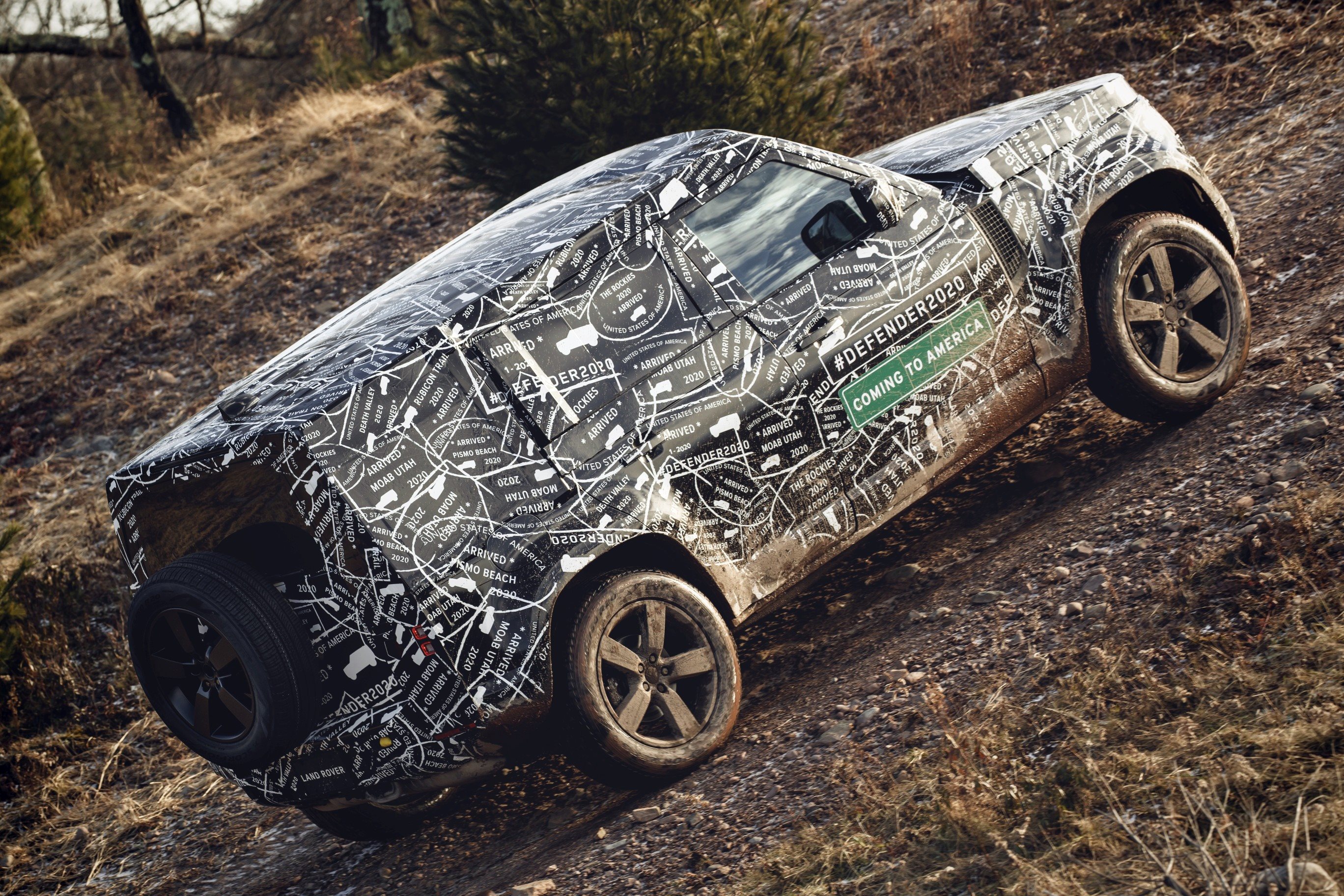