More spy shots ‘leak’ ahead of the all-new Defender’s 2020 arrival.

LAND ROVER continues the trickling tease of its upcoming all-new Defender, with these new spy shots offering us the best glimpse yet as to what the short-wheelbase variant will look like.

Besides its abruptly short rear end, this SWB prototype bears no real discernible changes from the four-door prototype that was ‘leaked’ to the world last month. 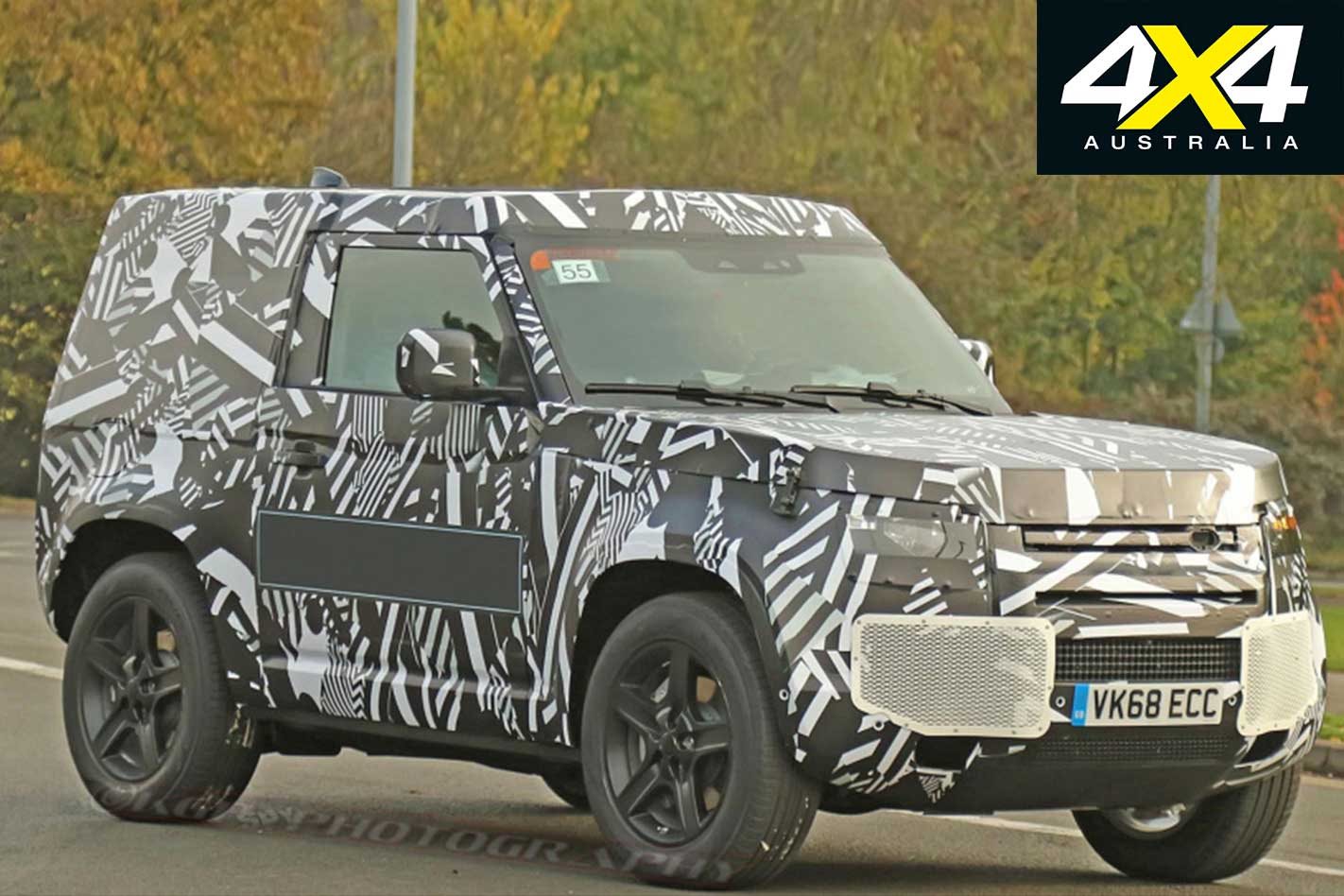 The front end is identical and reinforces the design’s nod to the Discovery 3 and 4 in terms of the styling, with the grille looking like a straight swap from this model, which, indeed, it could be in terms of simply being used to disguise the actual front-end styling. Interestingly, these pics also show a Jeep Wrangler-esque bonnet latch keeping the clamshell bonnet down.

The boxy rear, with its squared-off profile, shows LR has ensured it maximises storage space for the shorty (as with the four-door). Following on from the bonnet latch, the prototype’s rear door also looks distinctly Jeep; the low rear-door handle and visible window split hint at twin access to the rear, with a side-opening door and the ability to lift the window section only.

Again, the ‘door’ pictured here could just be camouflage, aimed at misleading us poor journos, with LR instead going with a full-size rear door that swings up or, more likely, a split rear door, aka D3/4. If, however, it does go for a swing-away door, that may allude to a rear-mounted spare wheel. Time will tell, as it will in terms of a ute version, of which nothing has been seen … yet. 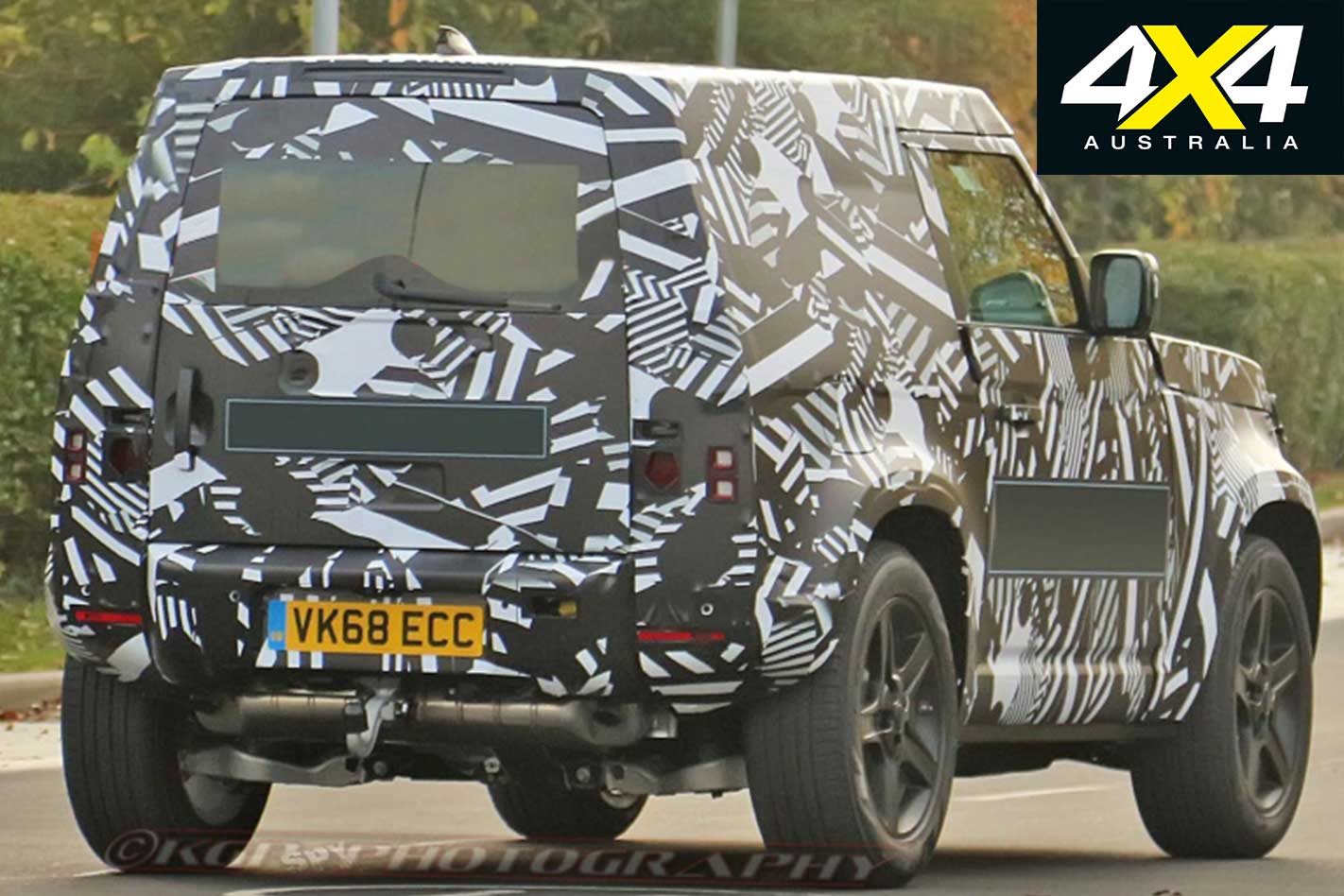 Running air suspension along with LR’s myriad electronic traction aids will mean superior on-road ride and handling, without much sacrifice in terms of off-road capability (the last few generations of all-independent Discos argue that point rather well).

There is also potential for more on-road, performance-oriented Defenders in line with LR’s Special Vehicles’ go-fast Rangie versions. Here’s hoping we instead get a full-blown off-road-biased ‘special’ akin to the Discovery SVX. 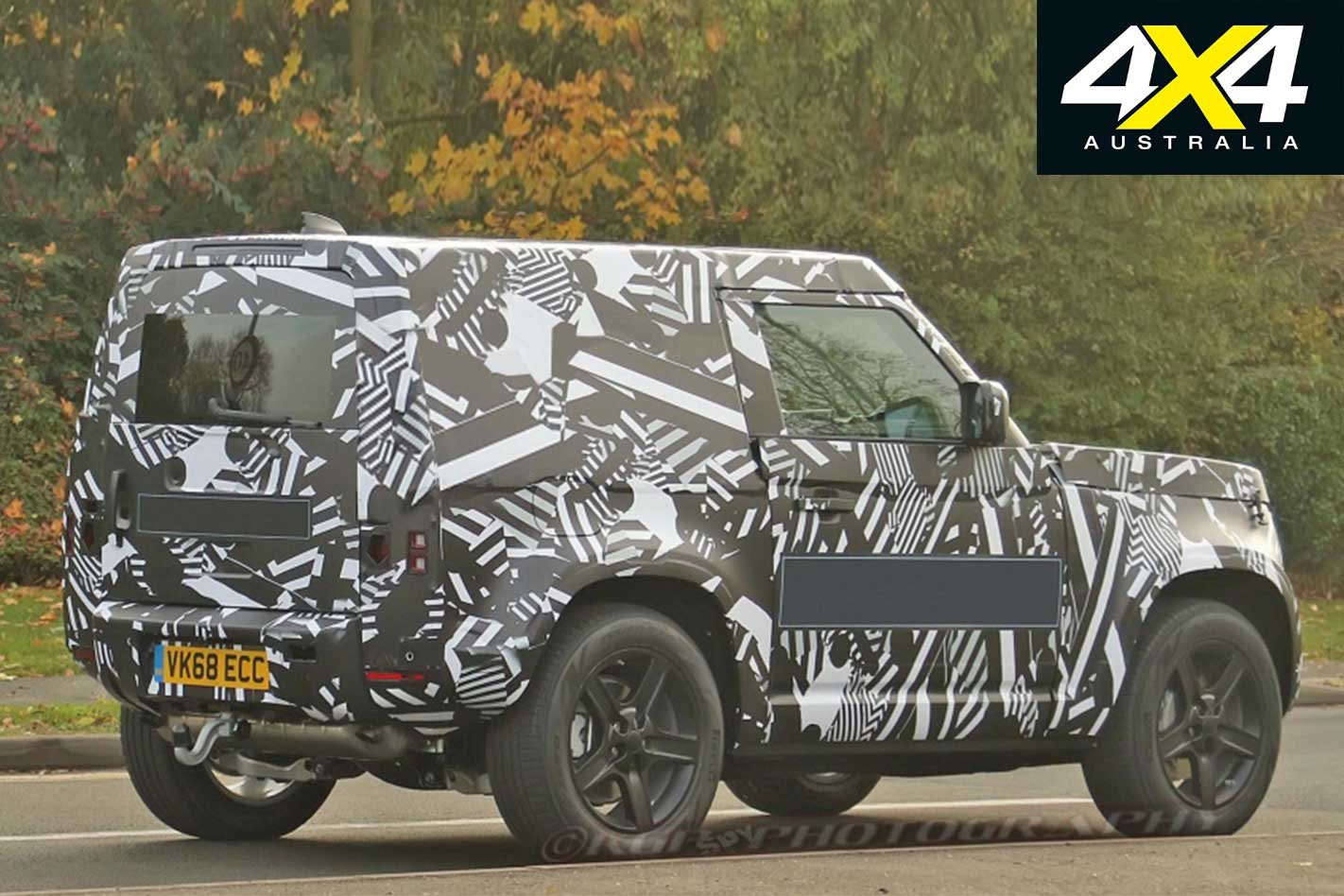 There’s no word yet on potential powerplants for the new Defender, but we’d expect LR to use the Ingenium 2.0-litre four-cylinder turbo-diesel as the ‘base’ donk, with the potential to offer the rumoured Ingenium 3.0-litre inline six-cylinder as a top-spec engine if/when it becomes available. We will also see a hybrid engine, and there may well be a petrol-powered variant.

The Defender isn’t expected here until 2020, but we can expect to see plenty more of these purported ‘leaks’ of photos and information as LR builds up to the vehicle’s launch. What we won’t see – or know – until the actual launch is what market(s) LR sees Defender positioned for.

The vehicle has potential to be sold across the ‘lifestyle’ market, as well as appeal to the more traditional off-road market and buyers who are attracted by the versatility of dual-cab 4x4 utes. It will have to do all of this and then some to be the success that LR needs it to be.