2020 Land Rover Defender to take the fight to Toyota

When Land Rover’s new Defender goes on sale in Australia in 2020, the local arm is expecting strong sales results across a wide audience.

THE ALL-NEW Defender is set to become a volume player within the Land Rover line-up, in turn taking the fight to off-road market leader Toyota with sharp pricing and a broad model range targeted at the likes of LandCruiser and Prado.

The revelation marks a major shift for a nameplate that traces its lineage back to the original Land Rover Series 1 of 1948, the brand keen to claw back some of its former glory as a major player on Australian stations, tracks and trails.

While the hotly-anticipated new Defender is yet to be revealed – only images of disguised cars have been released as part of a carefully scripted drip-feed media campaign – interest is at record levels, local managing director Mark Cameron confirming some dealers have already begun taking deposits. 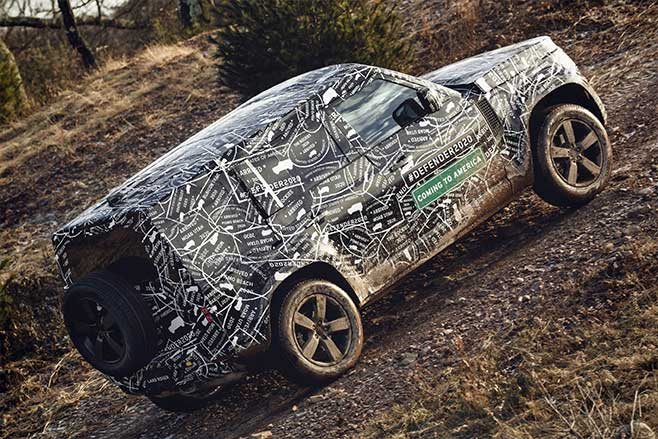 “New Defender … that is going to be a real game-changer for us, particularly in this market where I think it’s really going to strike a chord with customers,” Cameron told 4X4 Australia this week, suggesting the British off-road specialist planned to grow Defender volumes by more than 400 per cent from its record highs in the twilight of its life.

Far from being a quirky addition to the Land Rover line-up that was aimed largely at enthusiasts, the new Defender is shaping up to be a far broader machine with bigger volume expectations.

While that would leave the likes of LandCruiser and Prado with a dominant sales lead, at those sales levels the new Defender could outsell other popular off-roaders such as the Toyota Fortuner, Mitsubishi Pajero and Holden Trailblazer.

In describing the upcoming Defender as “the most capable car we’ve ever built” Cameron said there would be a “wide-stretched range that can compete at that entry level with some of the volume manufacturers and go right up to very powerful, very luxurious versions”.

While the “T” brand was named during discussions, clearly Toyota is on the hit list, Land Rover keen to grow the appeal with its more upmarket buyer base while tempting adventurers and those wanting a capable workhorse. 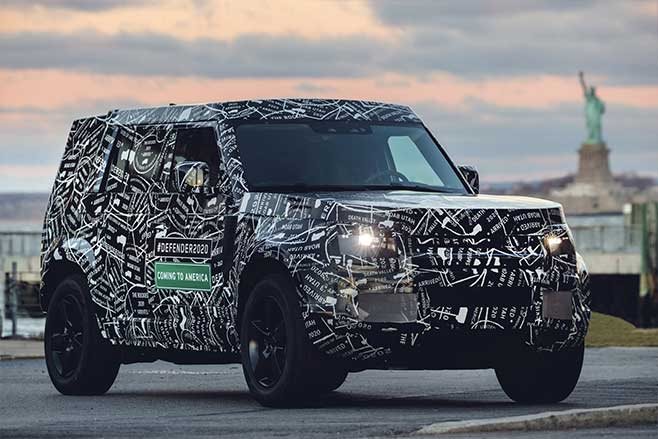 While Land Rover says it is acutely aware of the need to maintain the utilitarian flavour and immense capability of the old car – the radical DC100 concept of 2011 was widely panned by the Defender faithful – there’s also clearly plenty of room for change.

Recent spy pictures reveal that the new Defender would drop its live axles for independent suspension front and rear, mimicking the move by the Range Rover and Discovery. Some models also look set to be offered with air suspension in lieu of coil springs.

Whereas market leader Toyota’s reputation has largely been forged on reliability and suitability to Australia, Land Rover appears to be playing the innovation and technology card, Cameron suggesting that as well as rugged underpinnings there will be innovative and advanced features to make traversing tough terrain easier and more comfortable.

“We want to make sure there are some features in this car that are genuinely not offered by anybody else … bring new ideas.” 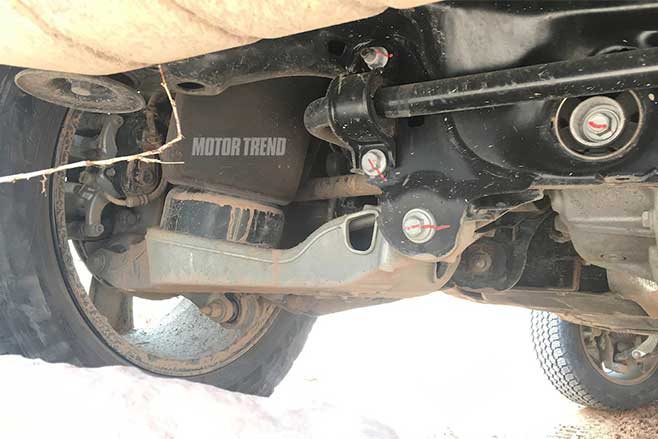 Land Rover has been known for innovation, in recent years devising systems that can measure the depth of water and see virtually through the bonnet. The brand also pioneered Terrain Response that tailors various 4x4 electronics, something largely copied by rival players.

There’s also the issue of reliability. While the previous Defender had a rugged reputation, other Land Rovers are not renowned for being durable in Australian conditions, something Cameron acknowledges will take years to change.

“You have to earn that, and reputations are hard won and fast lost … the only way in honesty that we can win that back is by proving it in reality,” he says, adding that even “if it’s the most reliable car that exists it’s still going to take a while [to regain buyers’ trust]. We’ve engineered it to a [new] level of durability.”

Cameron said the delay in the new Defender – now due to be revealed in September 2019 and on sale early in 2020 – was due to increased engineering efforts “to make sure it’s absolutely right”, something that has involved more than 1.2 million kilometres in a fleet of development vehicles. 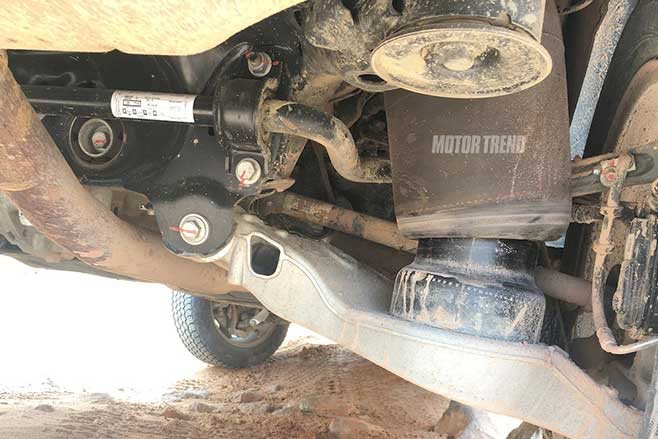 “Putting the right rigour into the testing and engineering and making sure by the time we bring it in front of a customer it’s exactly the car we want it to be.”

Despite the extra efforts to improve durability and capability, Land Rover did not consider following the lead of Toyota and others in testing the car in Australia, Cameron defending the move and insisting the new Defender will not disappoint.

“I’m confident it’ll give everything that an Australian customer wants for Australia.”

He also suggested the Disco-esque design cues evident in the photos of disguised cars did not tell the whole story.

“It will be its own unique flavour … there are a lot of details in the design you haven’t seen that will all become clear [when the car is revealed].

“I think the designers have done a cracking job in keeping the ethos of what Defender is, but making it thoroughly suitable for what we think we need right now.”