THE third-generation Raptor F-150 debuted overnight in the US, and you'd be forgiven for thinking it doesn't look all that different to the outgoing model.

Delve a little deeper, however, and you'll notice Ford has tickled with it just enough to improve its already impressive dune-bashing ability.

The high-performance suspension hardware has been re-engineered with a fresh five-link rear set-up, said to give the Raptor even greater control and power when scorching dunes beyond the black stump. 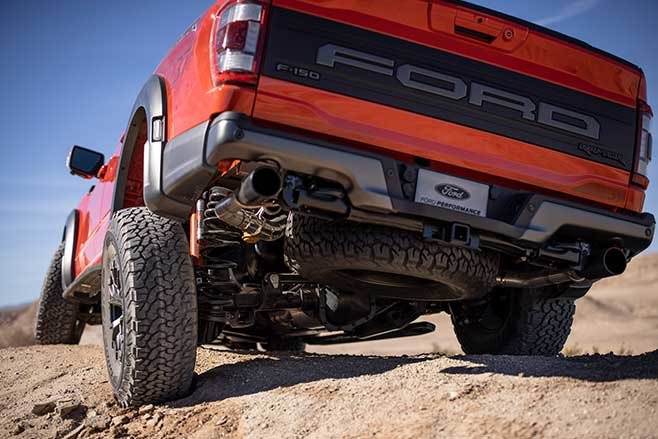 With this large set of rubber installed, the Raptor claims 333mm of running clearance, 33.1 degrees of approach angle, a maximum departure angle of 24.9 degrees and 24.4 degrees of breakover angle.

Wearing the standard 35-inch tyres, the Raptor manages a still-impressive 305mm of clearance, with an approach angle of 31 degrees, maximum departure angle of 23.9 degrees and breakover angle of 22.7 degrees. 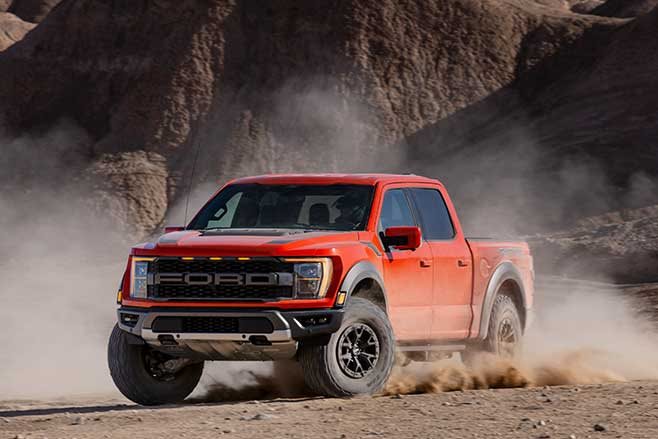 Dashing through the desert in relative comfort is achieved via (you guessed it) massive next-gen Fox Live Valve internal bypass shocks capable of position-sensitive damping adjustability.

Measuring at 79mm in diameter, the race-proven shocks enable "upward of 1000 pounds (453kg) of damping per corner at desert speeds", according to Ford.

Clever engine management software combines with the state-of-the-art suspension set-up, allowing the twin-turbo 3.5-litre EcoBoost engine to deliver a torque-kick to the rear wheels, as well as providing improved throttle response, and the comfort and control at speed the Raptor is known for.

The EcoBoost has a 10.5:1 compression ration, while the cooling system utilises new high-power fans, essential for the obligatory high-speed desert safari. 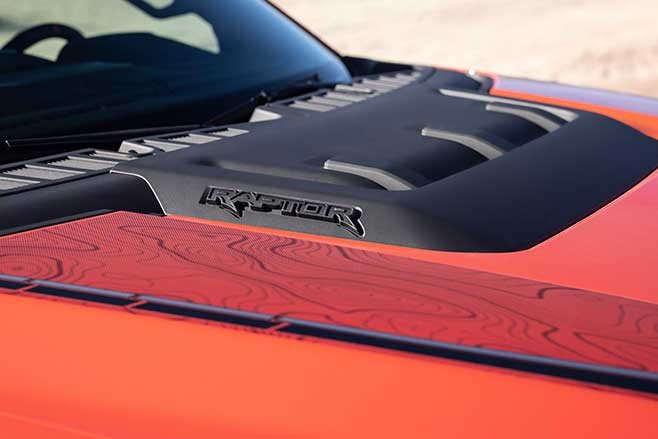 Customers can even customise their very own exhaust symphony, with four sound level options available via the three-inch exhaust system: Quiet, Normal, Sport and Baja.

In a clever addition, Ford also included its Pro Power Onboard system, which enables the Raptor to be converted into your very own power station.

Just tick the options box to get the extra two kilowatts of exportable output, and you'll be able to charge all of your gear on your next trip while you sink a few cans at camp.

Who needs to master the art of rock-crawling when the vehicle can do it for you? That's exactly what the Trail 1-Pedal Drive system does: it simplifies the pedal-work required for rock-crawling by braking for you when pressure on the accelerator is released. 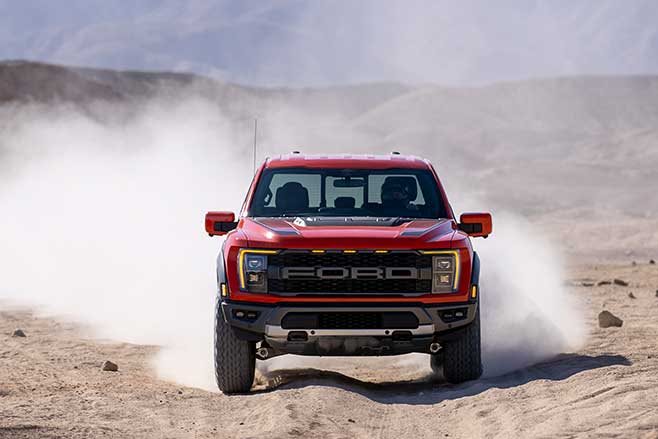 Improving connectivity was another area the boffins at Ford were tasked with. In addition to a new 12-inch digital gauge cluster and a new 12-inch centre screen, the F150 features over-the-air updates.

This ever-evolving tech keeps the Raptor connected to the Ford grid, to allow easy access for future system upgrades like trail maps.

IS IT COMING HERE?

Nope. Ford Australia has repeatedly said it won't bring it here. Plus, the vehicle is made in LHD only.

Of course, there is a tranche of importers ready to take your money and convert the F-150 of your choice... 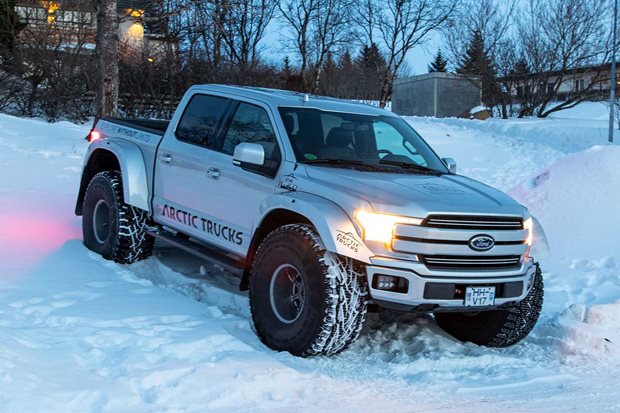