IN LINE with the updates to the Toyota Hilux range which went on sale at the start of September, the brand’s locally developed halo models, the Rogue and Rugged X, have now also benefitted from these performance and equipment upgrades.

The power and torque of the 1GD 2.8-litre diesel engine has been upgraded across the Toyota 4x4 range and now makes 150kW and 500Nm, to better compete with its rivals in the competitive 4x4 ute segment. This is up from 130kW and 450Nm and enables a 300kg increase in towing capacity (to 3500kg) when equipped with the six-speed automatic transmission. 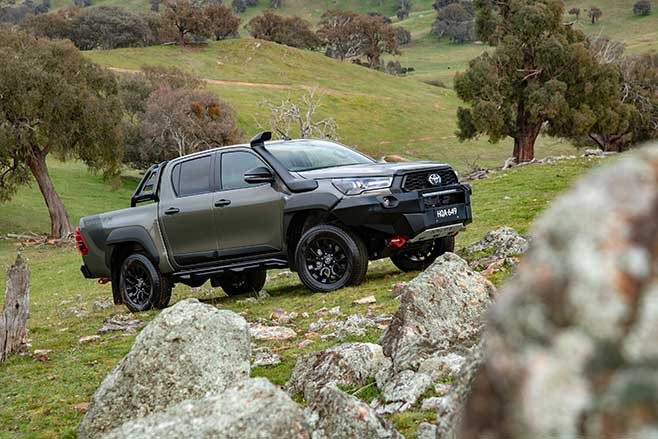 The engine upgrades are complemented by revisions to the Hilux’s suspension, to improve the ride quality of the vehicle when unladen while not sacrificing the model's load-hauling capabilities.

The Rugged X and Rogue models also get the updated interior with improved functionality and bigger-screen media unit, plus the fresh front-end with its wide-mouth grille.

The shape of the new grille opened up an opportunity for Toyota Australia’s designers to give its restyled models a tweak. The new grille and related components were fully engineered and designed in-house in Australia, including extensive local testing to ensure cooling performance. 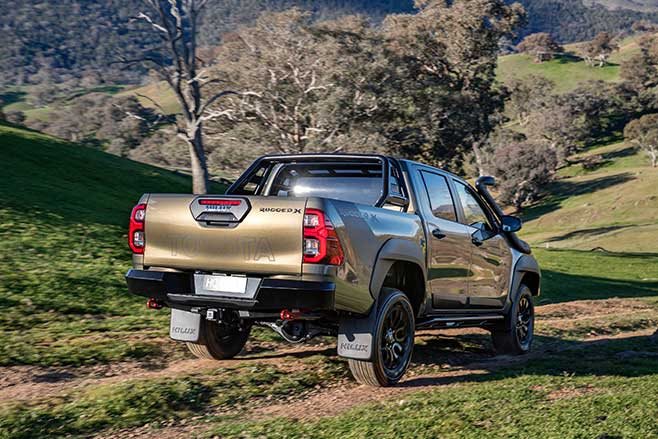 The durability of the Rugged X grille and surrounds was confirmed through millions of cycles of shaking in the local company's vibration chamber. The stress-testing also included exposure to temperatures from -30 to 80 degrees.

An important factor in the grille redesign was the need to reposition the Toyota emblem and Toyota Safety Sense radar positioned behind it, as well as minor adjustments to the steel bumper bar and other components.

Local testing confirmed that the calibration for this vital safety sensor - which works in tandem with a monocular camera mounted at the top of the windscreen - meets the global standards set by Toyota. 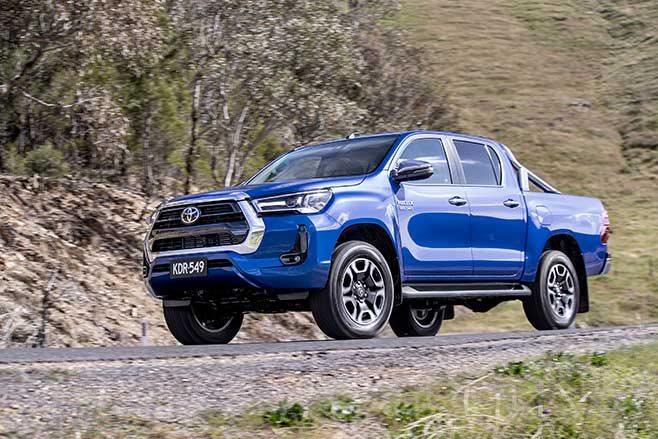 The Rugged X is also equipped with other locally designed and engineered features for enhanced protection, functionality and recovery capability for serious off-roading. As well as the steel bar with its inbuilt LED lightbar, there are rock rails down the sides, a steel rear bar with step, uprated springs to accommodate the extra weight of the protective barwork, and an intake snorkel.

All of these components are factory-backed by Toyota and covered under the new vehicle warranty.
The Rugged model has been discontinued, as has the option of a manual gearbox in either the Rogue or Rugged X.