Teams struggle at Round 4 of the Comeup Extreme Winch Challenge

A brutal round of winching at the 2019 Comeup Extreme Winch Challenge.

ROUND 4 of the 2019 Comeup Extreme Winch Challenge Series has been run won, but not without drama, with every team registering a DNF over the torturous weekend. 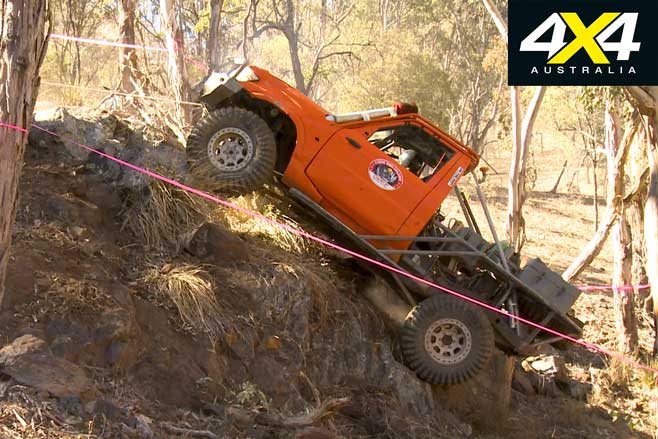 Stage 2 was snaffled up by Paul Semmens and Nathan Mills of Team Ranga, but the father-and-son Rathbone team reclaimed the lead after Stage 3. However, the tussle was short-lived, with Team Ranga rolling their GU Patrol during the last night stage to score a DNF.

The Saturday was ravaged with issues: Peter and Jayden Jilg fried the winch on their GQ Patrol; Dave and Pat Burrows were forced to retire their FJ45 due to engine gremlins; John Adamson in an 80 Series encountered electrical gremlins and a fuel pump issue; Jason and Peter Christianson in a GQ patrol got lost on the course and ran out of time; and Rod and Josh Rathbone rolled their FJ45.

The high number of DNFs levelled the playing field and paved the way for a thrilling final few stages, with Team Ranga (Paul Semmens and Nathan Mills in the GU Patrol) winning the event.

The final round of the Comeup XWC will take place in Limbri, NSW, on October 24. For more information, visit: www.facebook.com/xtreme4x4challenge