Crocker wins Round 5 of the SXS Championship

Cody Crocker returned to the winners circle for Polaris at round 5 of the DEWALT SXS Australian Championship held at the Nowra Motoplex, south of Sydney on the weekend. A new addition to the championship in 2018, Nowra served up a high energy track peppered with big table top jumps and tight switchbacks.

Crocker quickly settled into the groove during the five heats, picking up two wins before finishing second in his semi-final. Crocker and Steven Henry went toe to toe in the grand final, with Henry greeting the chequered flag first with Crocker hot on his heels.

However Henry received a ten second penalty for jumping the start, handing the outright win and SXS Turbo Class victory to Cody Crocker in his #619 Polaris RZR Turbo.

Despite the penalty Henry remained on the podium to secure second outright in the #96 CanAm Maverick X3 ahead of Brett Comiskey who held off a hard charging Ewan McClue to round out the podium in third outright in his #51 CanAm.

During the heats #42 Mitch Keyte and #12 Andrew Robertson held the upper hand in the SXS Sport Class. However when the semi finals rolled around it was #17 Tim Liston who played his cards carefully, to land a place in the grand final where he finished 5th outright, rewarding him with the Class win.

Second in class was #42 Mitch Keyte who backed up his SXS Sport Class win in Queensland. While #12 Andrew Robertson rounded out the podium in third. 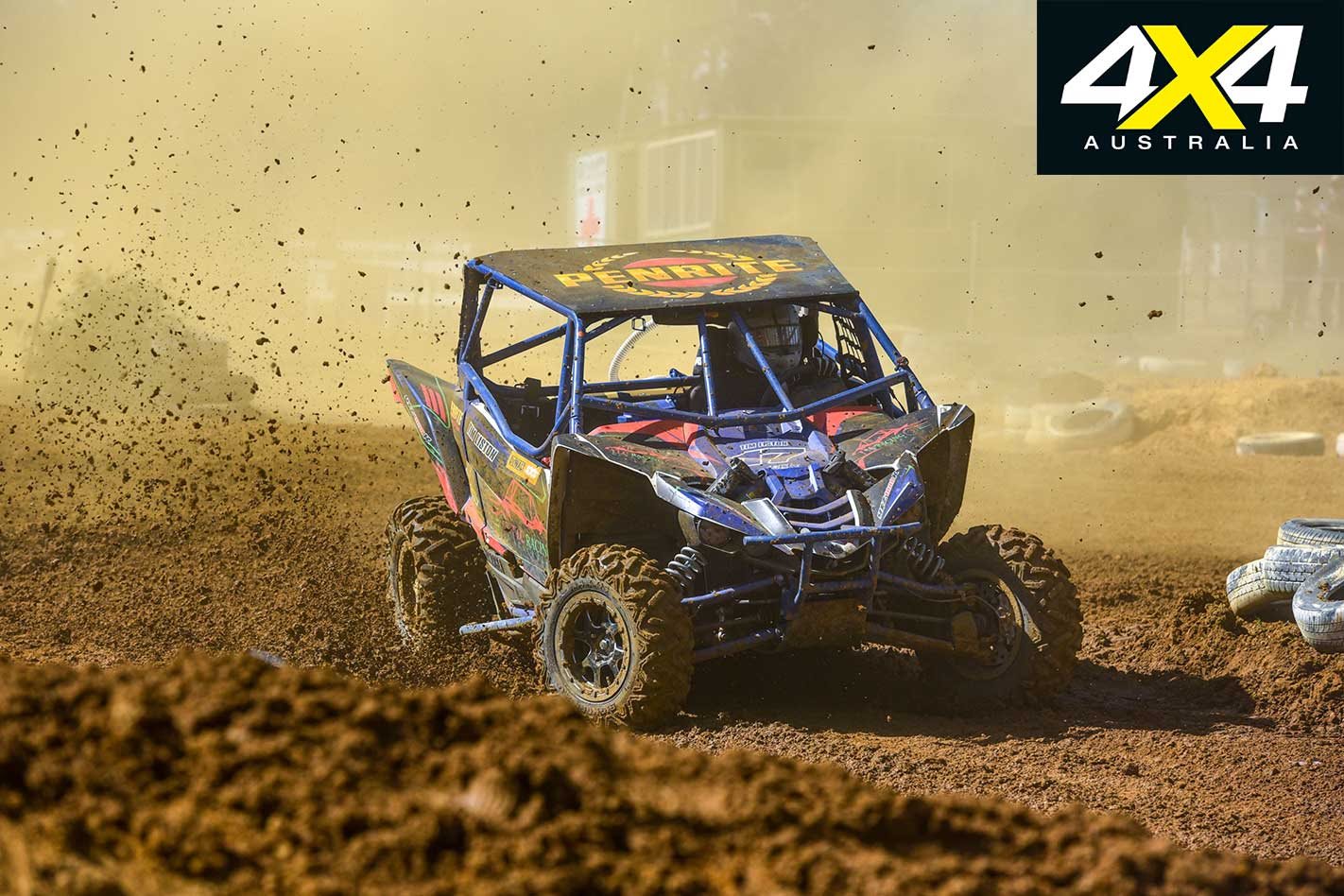 #14 Tadamitsu Niihori, #360 Simon Evans, #60 Nathan Weissel and #668 Ivan Skutz all put on spectacular aerial displays, jumping from ramp to ramp on the huge tabletops down the back straight. Picking up three heat wins apiece, Niihori and Evans were both in the hunt for the outright win heading into the final, however their charges were both cut short. Crocker landed on the rear of Niihori damaging his rear suspension, while Evans was forced to retire with a broken ball joint.

The spectacular  DEWALT SXS Australian Championship is contested between side-by-side UTVs from brands such as Polaris, Yamaha and Can-Am and provides a great way to get in to an exciting for of motorsport on a budget. The series now heads to Broadford Victoria for the sixth and final round on October 20th!

With a different driver standing on top of the podium at each of the first five rounds, the grand final is set to go right down to the wire. For more information visit sxs-racing.com