After a number of unfortunate setbacks in rally events in South Africa and Morocco, Fernando Alonso scored his first rally podium – a third place finish – at the recent Al Ula-Neom cross-country rally in Saudi Arabia. 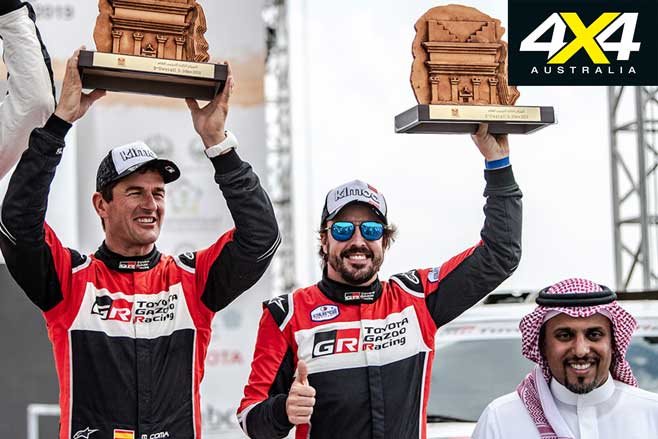 The duo managed to maintain their position in the second stage despite their V8-powered Toyota Hilux rally ute picking up a puncture and dropping behind the leader by an additional 7min 35sec.

In the penultimate stage, Alonso clawed back a position with a third-fastest overall finish, and successfully managed to secure it in the final stage with a total time of 6 hours, 52 minutes and 12 seconds, 16min 20sec behind the leader.

“[Fernando and Marc] raced a brand-new car here, which is earmarked for the Dakar Rally, so they had to balance their pace with the need to preserve the car,” said Glyn Hall, team principal.

“In the end, they achieve a maiden podium against local crews who know the terrain very well, which bodes well for January’s Dakar Rally.” 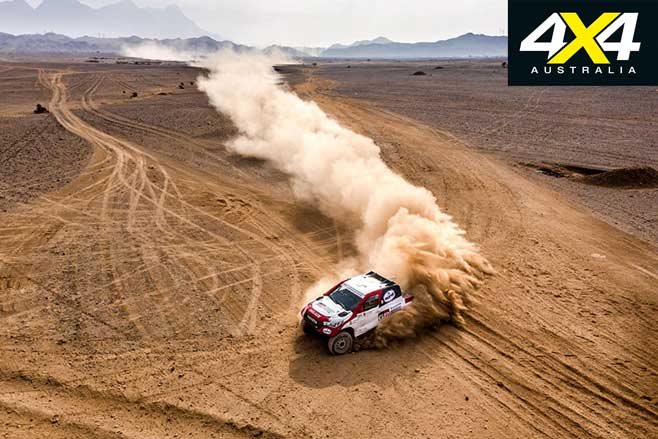 The Al Ula-Neom cross-country rally was the final competitive stop for Alonso and Coma to familiarise themselves with their Toyota Gazoo Racing Hilux. The pair will continue private testing before joining their fellow teammates at the 2020 Dakar Rally next January.

Prior to Al Ula-Neom, Alonso has had a rocky start in acclimatising himself to the rigours of rally raids, despite returning competitive times.

At his debut in the Lichtenberg 400 in South Africa, Alonso rolled his Hilux while running third in the initial stages and later hit a flock of birds, dropping him out of contention. At the Morocco Rally, Alonso hit an unmarked ditch, breaking his suspension in the process which dropped him to 27th in the standings despite being amongst the top 10 quickest competitors throughout the rally. 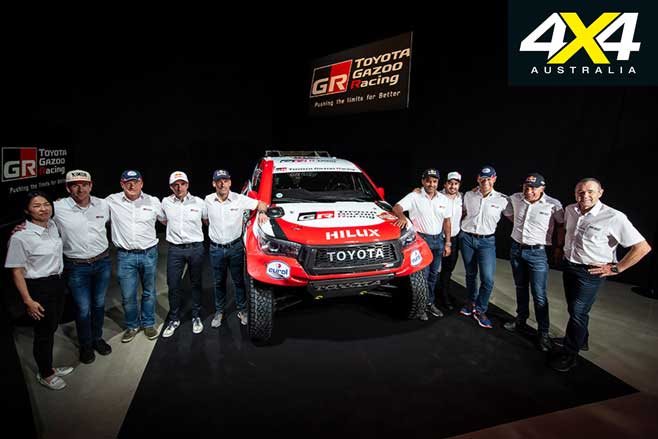 Alonso and Coma will join three other crews from Toyota Gazoo Racing at the Dakar Rally in Saudi Arabia. For the 2020 Dakar rally entry, Toyota Gazoo Racing has fielded a team that features a broad mix of Dakar champions, veteran rally-raid specialists and relative newcomers.

The 2020 Dakar Rally will take place solely in Saudi Arabia, with the event starting on January 5 in Jeddah and finishing in Al-Qiddya on January 17.