Chevrolet brings out the big gun of its sixth-gen Camaro range, powered by a supercharged 6.2L LT4 donk good for 640hp

AS THE second golden age of the Australian muscle car slowly winds up, the power wars in the US show no sign of abating. The sixth generation of the Chevrolet Camaro went on sale last year, and now the big dog of the range – the ZL1 – has broken cover. 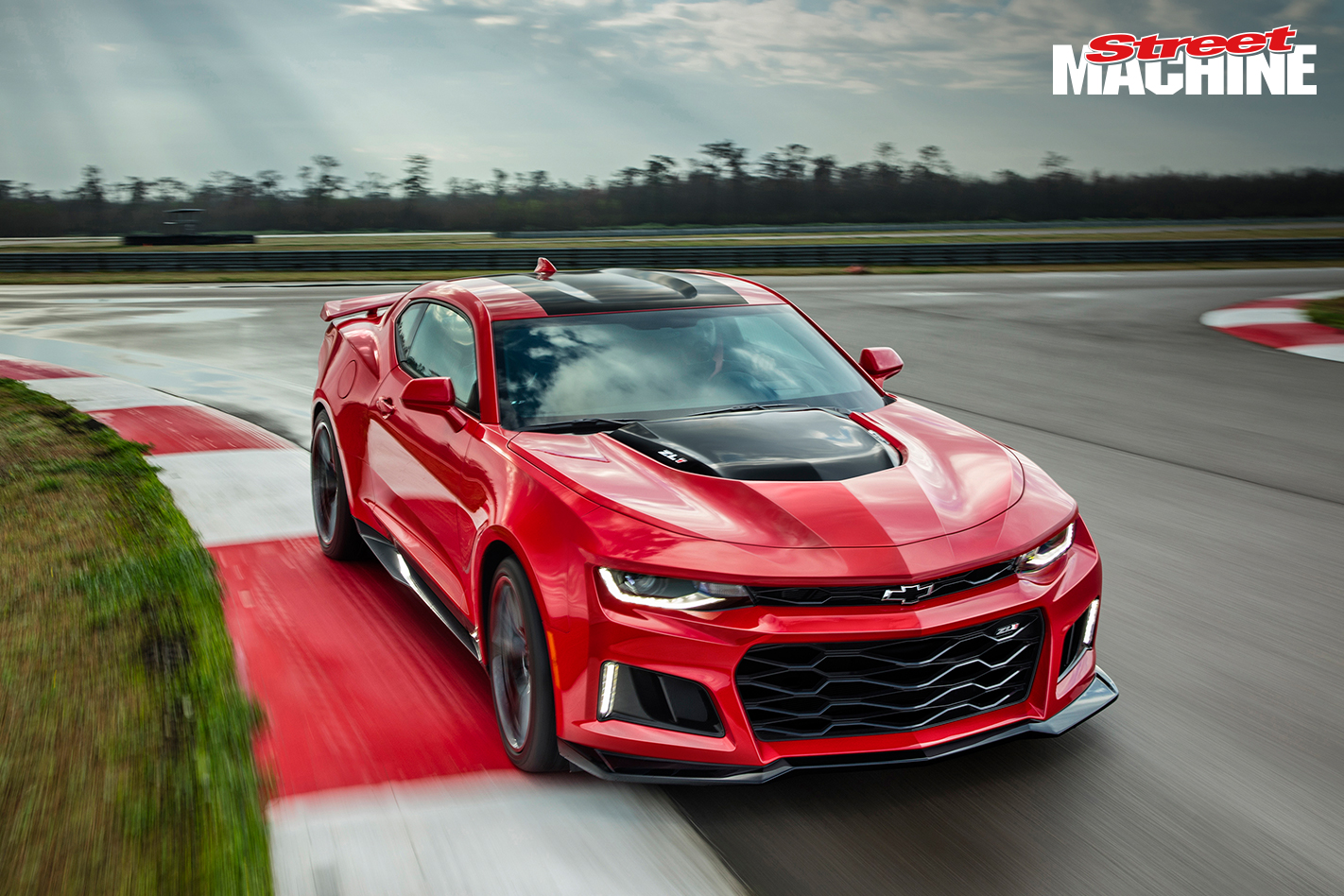 The LT series is the fifth generation of the Chevrolet small-block, sharing almost no other parts with Gen IV motors, and is designed to take the small-block past 2020. The LT4 has up until now only been available in the C7 Corvette and Cadillac CTS-V. 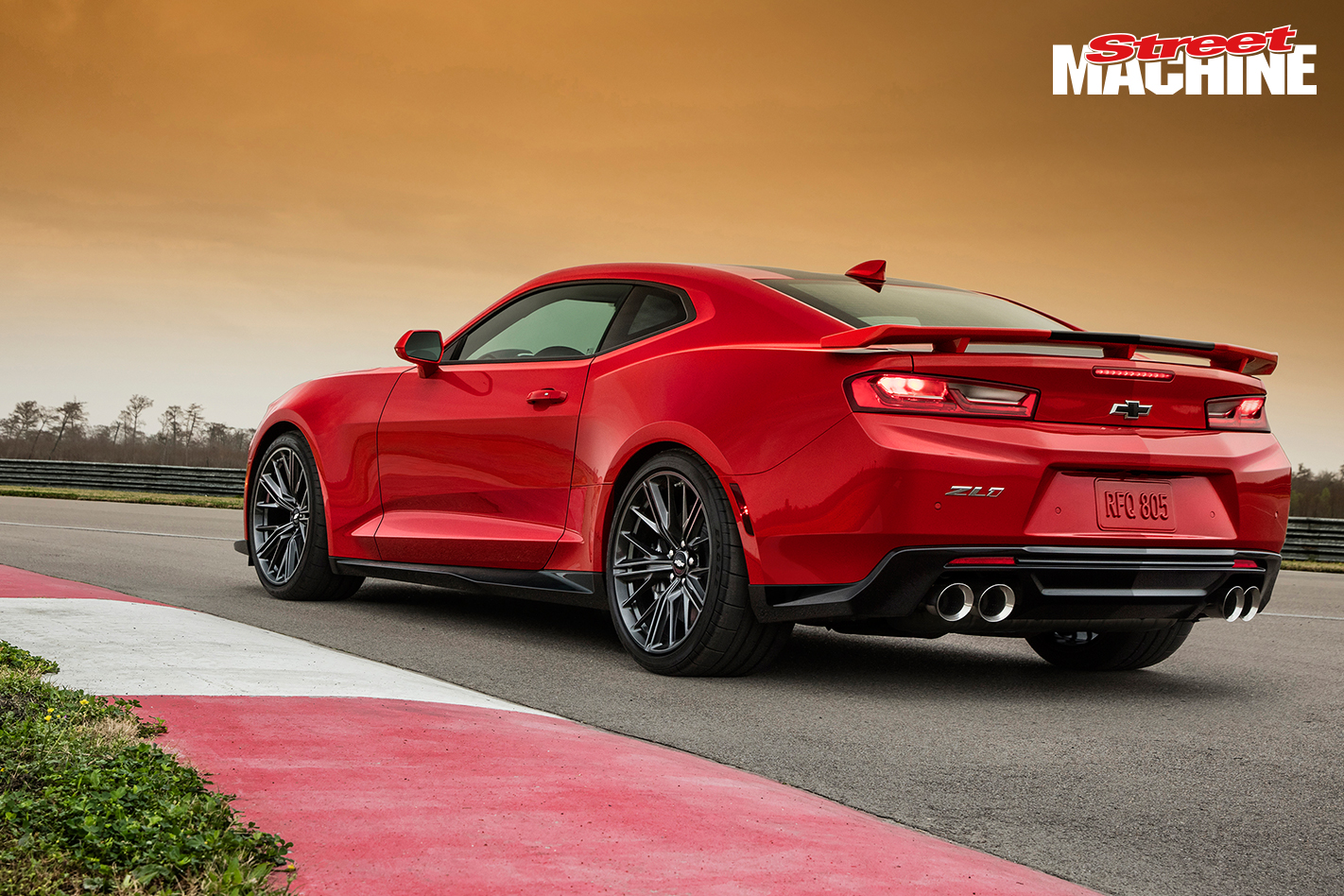 ZL1 buyers will have a choice of shifter: either a six-speed manual, or a new paddle-shift 10-speed auto with smaller steps between gears so that the LT4 stays at optimal revs during acceleration.

Pretty impressive stuff, but the ZL1 is much more than just a monster engine with a fancy gearbox, and has been built with track-day fun in mind. For starters, there are lots of tweaks to the body to optimise aerodynamics, including a new front air dam and wing, pumped front guards, new underbody panels, brake cooling ducts, bonnet vent and more. There are no fewer than 11 heat exchangers to make sure the Camaro keeps its cool, plus monster Brembo stoppers, adjustable magnetic shocks and electronically controlled LSD. 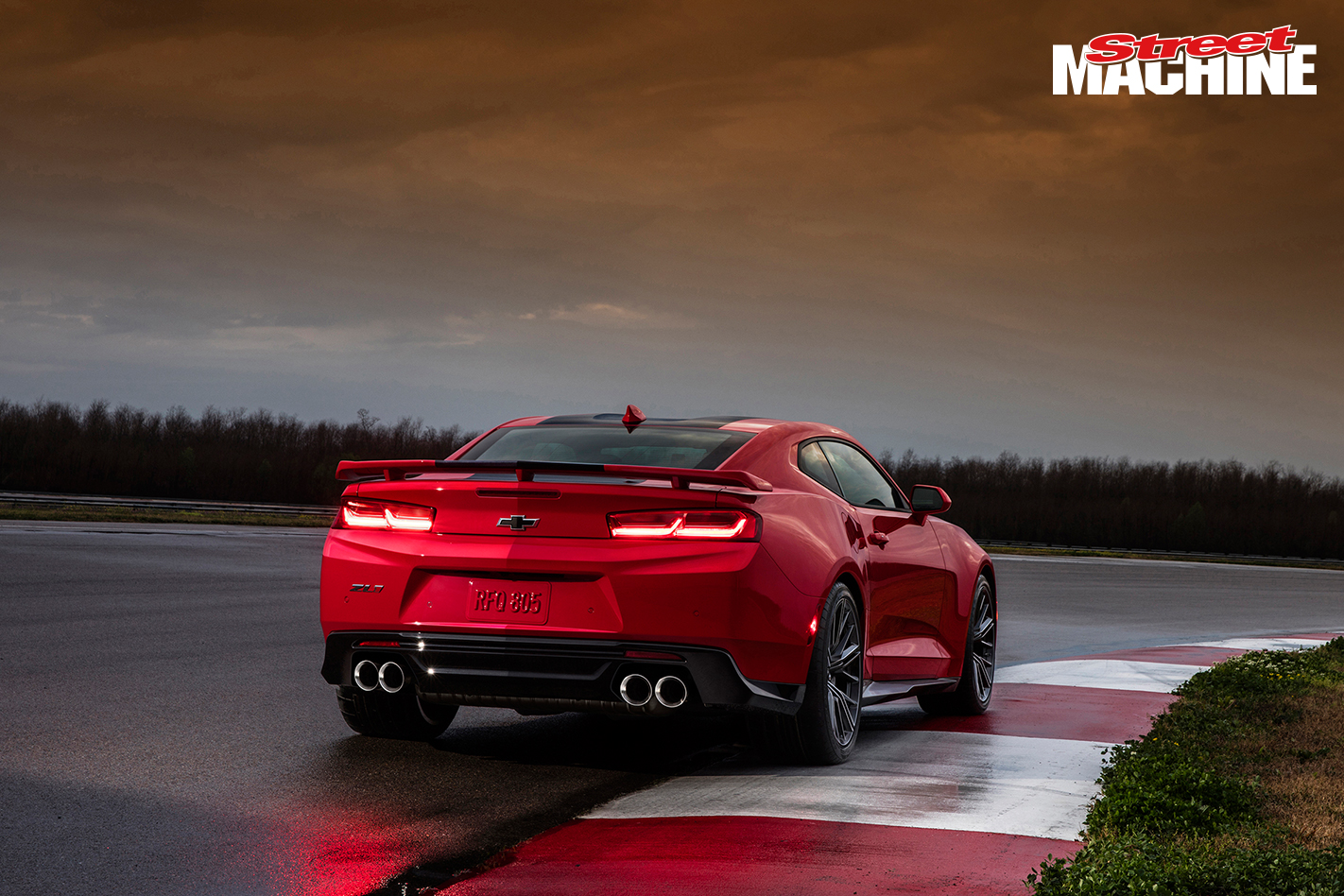 The ZL1 also features plenty of driver-aid gizmos, with adjustable traction control, a drive mode selector and an adjustable launch control. And if that wasn’t enough, the Performance Data Recorder allows you to access video and data from your hot laps. 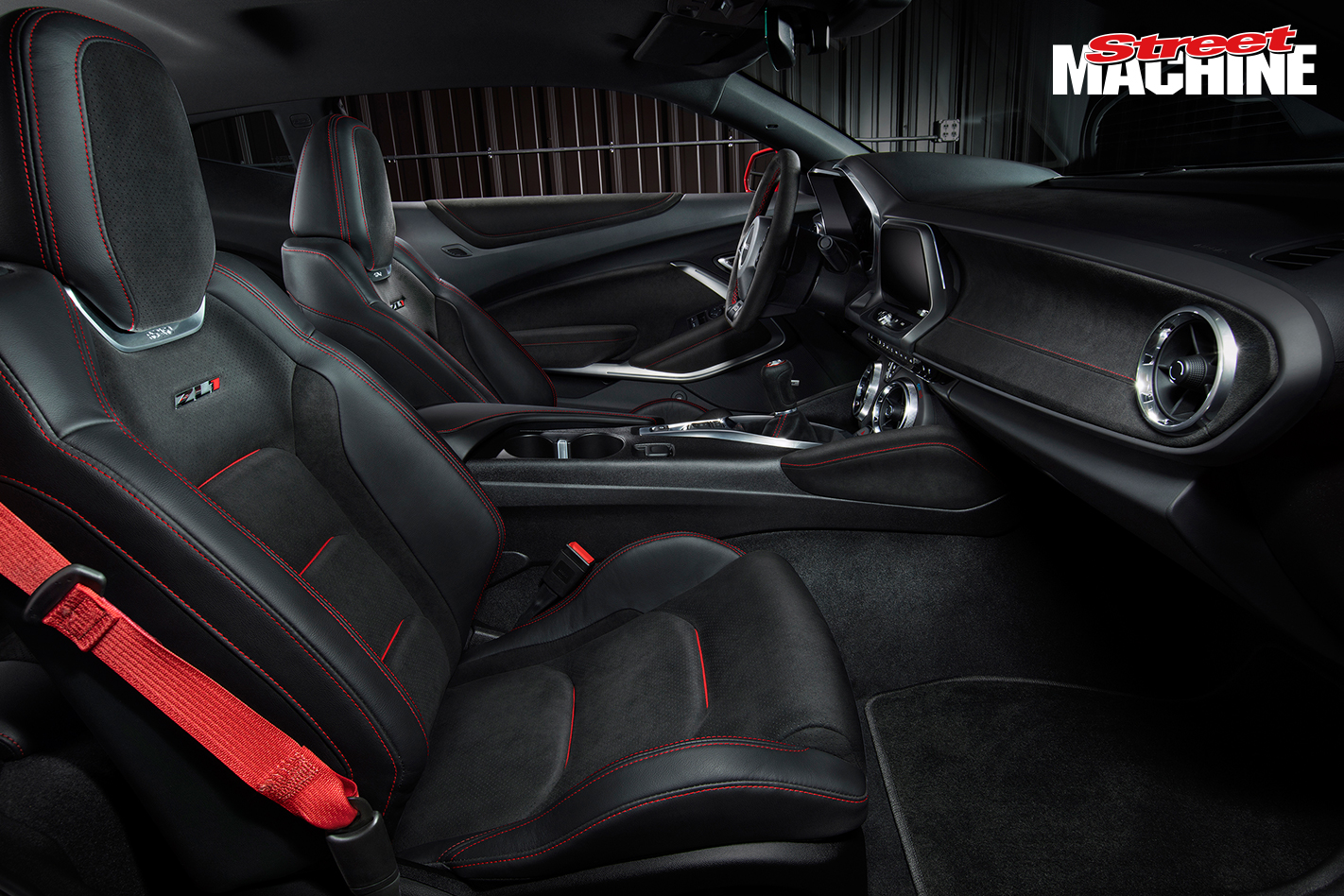 The first public appearance of the ZL1 happened this week at Nevada’s Spring Mountain Raceway, as a surprise during the launch of the Camaro convertible. GM execs Dan Ammann and Mark Reuss (yep, the guy the used to be in charge of Holden) personally took journos for some hot laps around the track. Scott Evans from Car Craft was impressed: “The Camaro is thrillingly quick – it hooks up and accelerates smoothly without the violence of something like the Challenger Hellcat. The 10-speed automatic appeared to shift instantly at the pull of the steering wheel-mounted paddles…and the Magnetic Ride shocks helped keep the Camaro ZL1 flat through corners.” 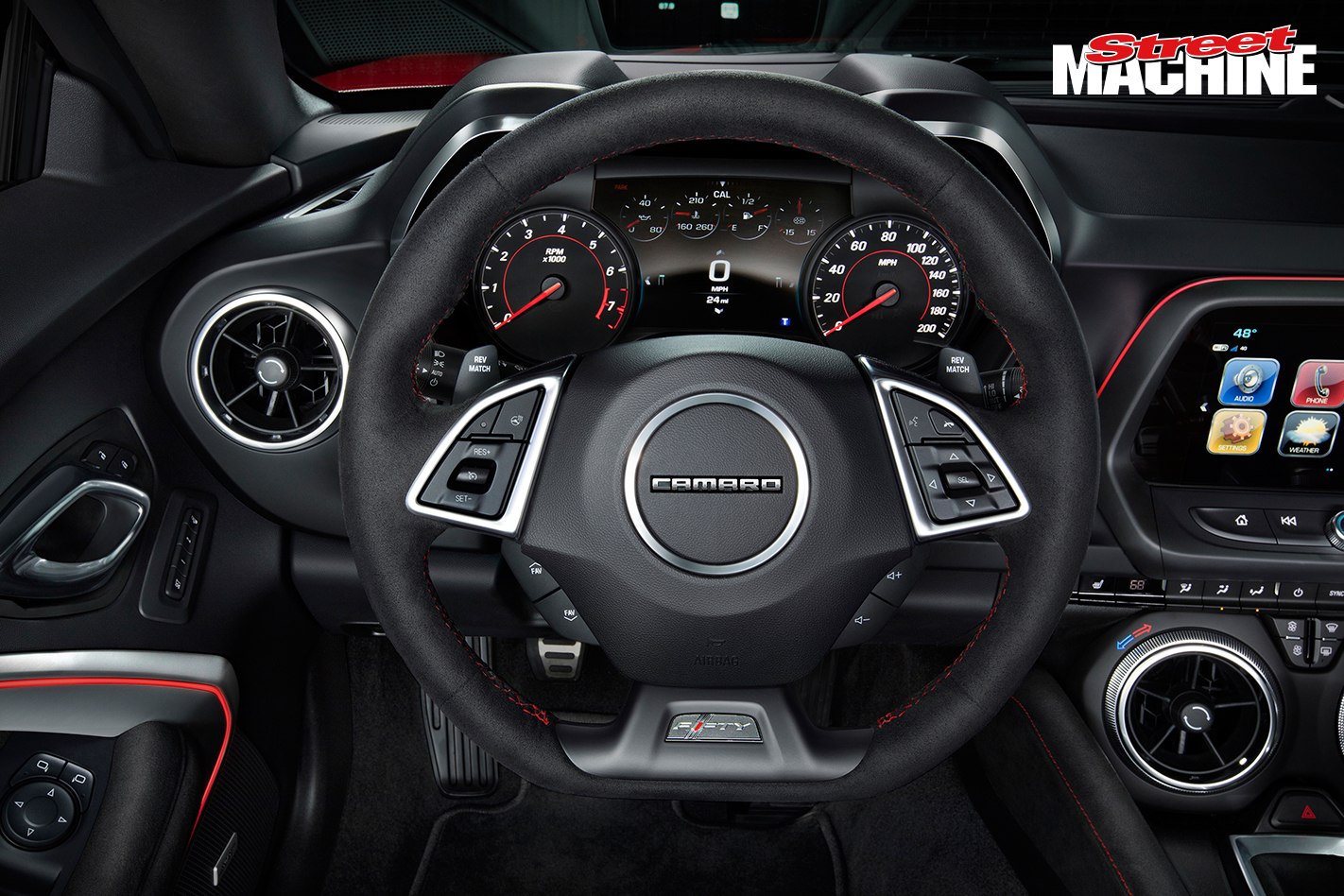 Sadly for Aussies, the Alpha platform is not configured with a right-hand drive option, so we won’t be seeing the ZL1 for sale officially any time soon – though no doubt the specialist conversion mobs will be racing to get some into the country pronto. It goes on sale in the US later this year, with an expected price tag of US$60K (A$78,914). You can of course buy the engine and stick it in just about any car you like – our mates at eagleautoparts.com.au can sort you out.