Electric F-150 prototype shows off its muscle by towing 567 tonnes.

IT IS NO secret that Ford has put revolutionary plans in motion for its popular Ford F-150 pick-up.

The American giant has already confirmed it will be building an all-electric F-150, with a hybrid F-150 model set to be released next year. 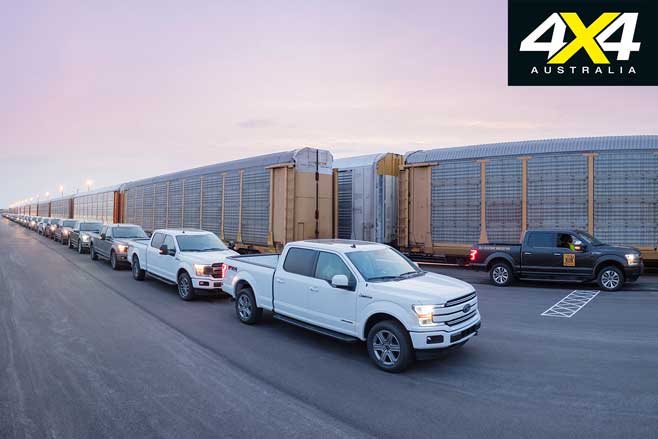 To demonstrate the potential of what an all-electric drivetrain can do, Ford hooked up a prototype to ten double-decker rail cars, loaded the carriages with 42 conventional F-150s, and towed it a short distance in a promotional video.

All tallied up, the weight of the rail cars and F-150s is said to be more than 560 tonnes. That being said, Ford has absolved itself from any responsibility of copycat stunts by stating that towing such loads is “far beyond a production trucks capacity” and it is a “one-time short event demonstration”.

Nevertheless, such towing performance from an electric pick-up should be expected thanks to the immediate high-torque delivery of an electric motor. 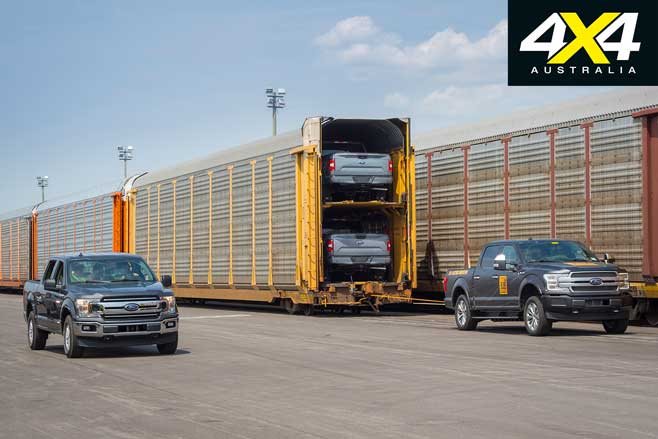 While there is little to complain about regarding a torque-laden electric drivetrain, the main concerns about electric pick-up trucks and 4x4s include range and the availability of convenient charging infrastructure.

That being said, it should be noted that Ford has ploughed USD$500 million into Rivian with plans to form a partnership to collaborate on an upcoming Ford electric vehicle. It looks unlikely that the upcoming collaboration will be the aforementioned all-electric F-150, but it wouldn’t be surprising if Ford learns a thing or two from its start-up counterpart. 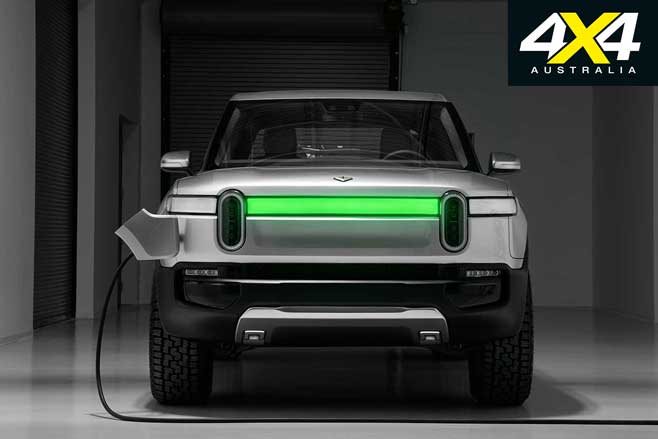 Rivian claims that its R1T pick-up will be made available with three battery sizes that offers 400+km, 480+km, and 640+km range, all of which can be charged at rates up to 160kW, which will give 320km worth of range in 30 minutes.

If the upcoming all-electric F-150 comes close to matching the R1T’s range figures, then the future prospects of the F-Series pick-up truck looks to be in good stead.