Good news in the fight to save Archerfield Drift Park

UPDATE: There is some good news in the fight to save Archerfield Drift Park. After meeting with Brisbane City Council on Friday, owner Luke Fink has announced that the venue has had a stay of execution, with the 29 January deadline being removed. Archerfield Speedway now have the opportunity to re-submit their paperwork to make Drift Park secure for years to come. Check out the video for more and see the link at the bottom of the article to send messages in support of the Drift Park to the Lord Mayor.

Located on Brisbane’s south side next to Archerfield Airport, Archerfield Drift Park has been a treasured location for fans of the sidewinding sport for 15 years. Run by internationally renowned drift ace and former Aussie Drift Champion Luke Fink, the Park sits on a parcel of land adjacent to (and leased from) the historic Archerfield Speedway. Now it is facing a forced closure.

“Archerfield Speedway has been in its location for 50-60 years, and we’ve been drifting here for 15 years,” Luke says. “Brisbane City Council told the Speedway, not us, that there should never have been drifting allowed on this land because in 1974 the land was zoned as a car park and a squash court. Their argument is that we can’t run drifting on that land because the Speedway needs that land to park cars. But we have never run drift and Speedway events at the same time, and couldn’t if we wanted to!” 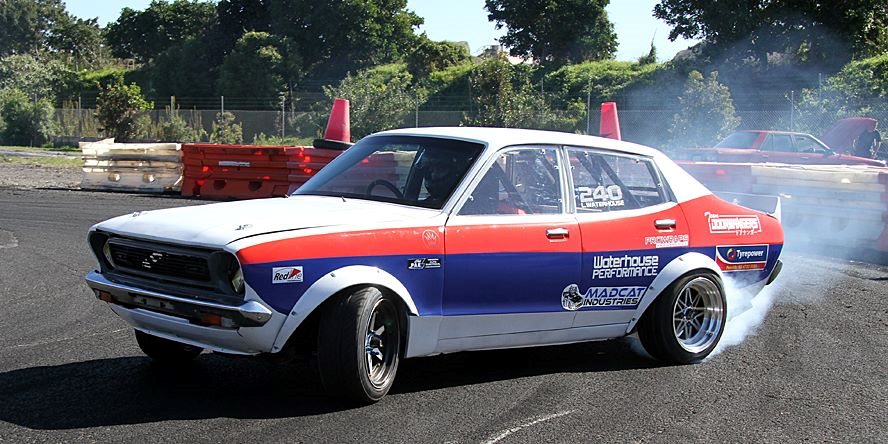 Luke says Brisbane City Council has known Archerfield has hosted drift events for years, so its argument and approach to this issue doesn’t pass the pub test.

“Archerfield Speedway had a big legal battle with the council in 2014, and in the final meeting, the council set down what times we could run Speedway and drift events. So they’ve known we have been drifting here this whole time.”

While things were peachy for the past few years, everything changed this year following a visit from a new council town planner, who Luke says went about his agenda in a less-than-honest way.

“In June of this year a new town planner started at the Brisbane City Council and tried to push the noise issue, but the Speedway carried out testing to show we comply with all the required levels. Every car runs a muffler and has to be under 93dB measured at 30m, and we run strict noise management during every event. You can see the smoke from down the street, but you won’t hear the cars.

“This town planner has gone back through all the paperwork and found zoning from 1974. He came to the track telling me how pro-motorsport he was but never mentioned that zoning issue, or how he wanted to shut the Drift Park down. After that, he rang the Speedway and told them they cannot have drifting at the Drift Park!

“As far as paperwork is concerned, he is in his rights to do what he has done. But the Council needs to explain how this mistake was allowed to occur for 15 years. The Drift Park never got a phone call over this, but I don’t think they realised the community we have around drifting.”

Street Machine readers may not be the biggest fans of the Japanese sport, but Luke points to the huge benefit of giving Brissie-based drifters somewhere safe to practice their craft.

“We’ve been taking guys off the street for 15 years,” he says. “We have guys doing the right thing at the track who had been on the limit of going to jail from doing dumb stuff on the street,” he says. “We also talk a lot about the mental health benefits of having the track and fostering the community within drifting, because it helps so much, even if people aren’t drifting and are just coming down to the track to be a part of this community.

“If you lose the motorsport venue, there are a huge number of businesses in the area that will be affected, so it is a wide-ranging problem,” Luke continues. “There are two fab shops in the local area that are deeply concerned. As car and motorsport fans, we all get lumped into one pile: rallying, circuit racing, drag racing and drifting. As far as many people in the general public are concerned, we are all just ‘car people’, so these issues can affect everyone in the car scene.” 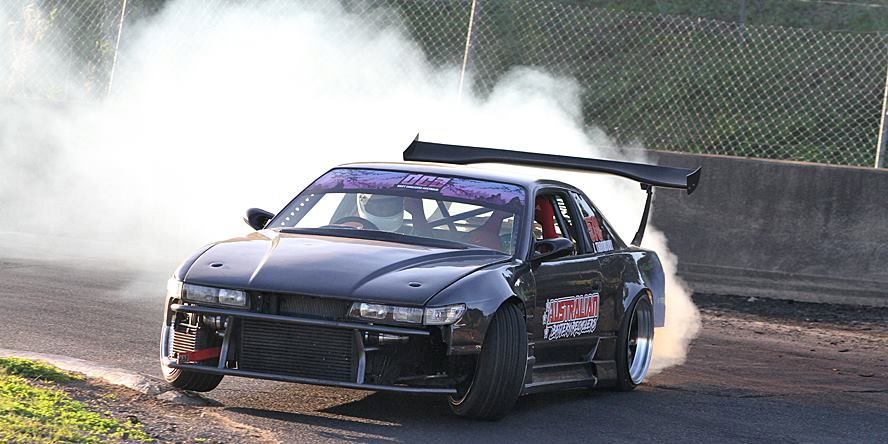 Frustratingly, Luke hasn’t been able to talk directly with the town planner responsible for the shut-down to try and sort out a resolution or a re-zoning of the land to fix the Council’s issue with the Drift Park.

“I’ve had no reply or response from the town planner driving this, who I think is a young guy trying to make a name for himself,” explains Luke. “It is totally the wrong way to go about sorting this problem out, and we want to sort this all out properly, and to do it in a way that doesn’t harm the Speedway. Even if they gave us another year to plan a move to another location that would be good, but he refuses to communicate with us or work with us.”

After the drifting scene heard about the proposed closure, an online campaign began to let Brisbane City Council know what a treasured piece of community infrastructure Archerfield Drift Park is. However, the replies from Council only increased frustration among drifters.

“People have been messaging the Council and they get a nonsensical reply from Council telling them they support drifting and that everyone can go drifting in the Speedway, which is a dirt oval,” Luke explains. “It’s like telling people to go play cricket in the ocean – it is ridiculous!”

While the letter from BCC orders drifting to cease from 29 January, Luke isn’t folding his tents and going quietly into the night.

“Worldwide we have had a lot of support, sending in emails to the Mayor’s office and the like,” he says. “I had a call from the Premier’s office, who can’t understand why this has happened. The local minister from this area can’t understand why this has happened after 15 years and that for so many years the local council knew what was happening here.

“We have three boundaries; one is the speedway, one is a concrete crushing plant and the other is the airport. You can’t do anything with the land; it is all swamp and wasteland, so they couldn’t even develop it into houses or anything.

“Even if we could get another year on our lease and have Brisbane City Council help us find somewhere else to do this, that would be awesome,” says Luke. “I have funding to build another track, so it isn’t a case where we need financial help. I own all the infrastructure at the track, so we could take that elsewhere. We need a space where we can go drifting without upsetting people, and this is really the key.”

If you want to support grassroots motorsport in Australia, sign the petition to save Archerfield Drift Park on Change.org or write a (polite!) letter to the Lord Mayor here.