Molly has won a fully funded spot in the 2016 FIA World Cup Rallies, after finishing second in an all-female international desert racing competition designed to find a female crew to contest FIA’s 2016 Sealine Cross Country Rally in Qatar, to be held in April.

She was one of nine international drivers and nine co-drivers who competed in the inaugural five-day cross-country rally training and selection program, a joint initiative between FIA Women in Motorsport and Qatar Motor and Motorcycle Federation (QMMF).

“It was one of the most intense weeks of my life and I feel like I was running on adrenaline for the whole five days,” Molly says. 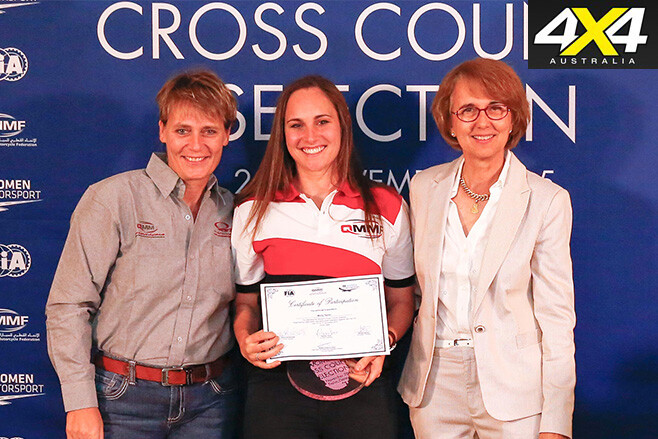 The eighteen women that competed in the event drove under the expert guidance of Jutta Kleinschmidt, the first and only woman to win the Dakar Rally, and multiple world rally and cross-country winning co-driver, Fabrizia Pons.

“So much to learn in such a short time but so exhilarating as well,” Molly says. “Being out in the desert for the first time was a surreal feeling.”

“It was fantastic to meet so many good drivers and I made some great friends. It was really special to be able to share our passion and such a wonderful experience and I know we will be staying in touch.”

There were 85 applications from entrants in 39 countries before the final 18 were selected.