SACRÉ bleu and strewth, mate! French border officials have threatened to destroy a classic Australian car they say is a potential drug carrier.

The car’s owner, UK-based Australian Travis McKimmie, says the hoopla over his barn-find HG ute would be almost funny, if it weren’t so serious.

“Ridiculous is the only way I can put it,” Travis told SM. “If you were going to transport drugs in Europe, would you really use something that stands out as much as a rare Holden? It makes no sense.” 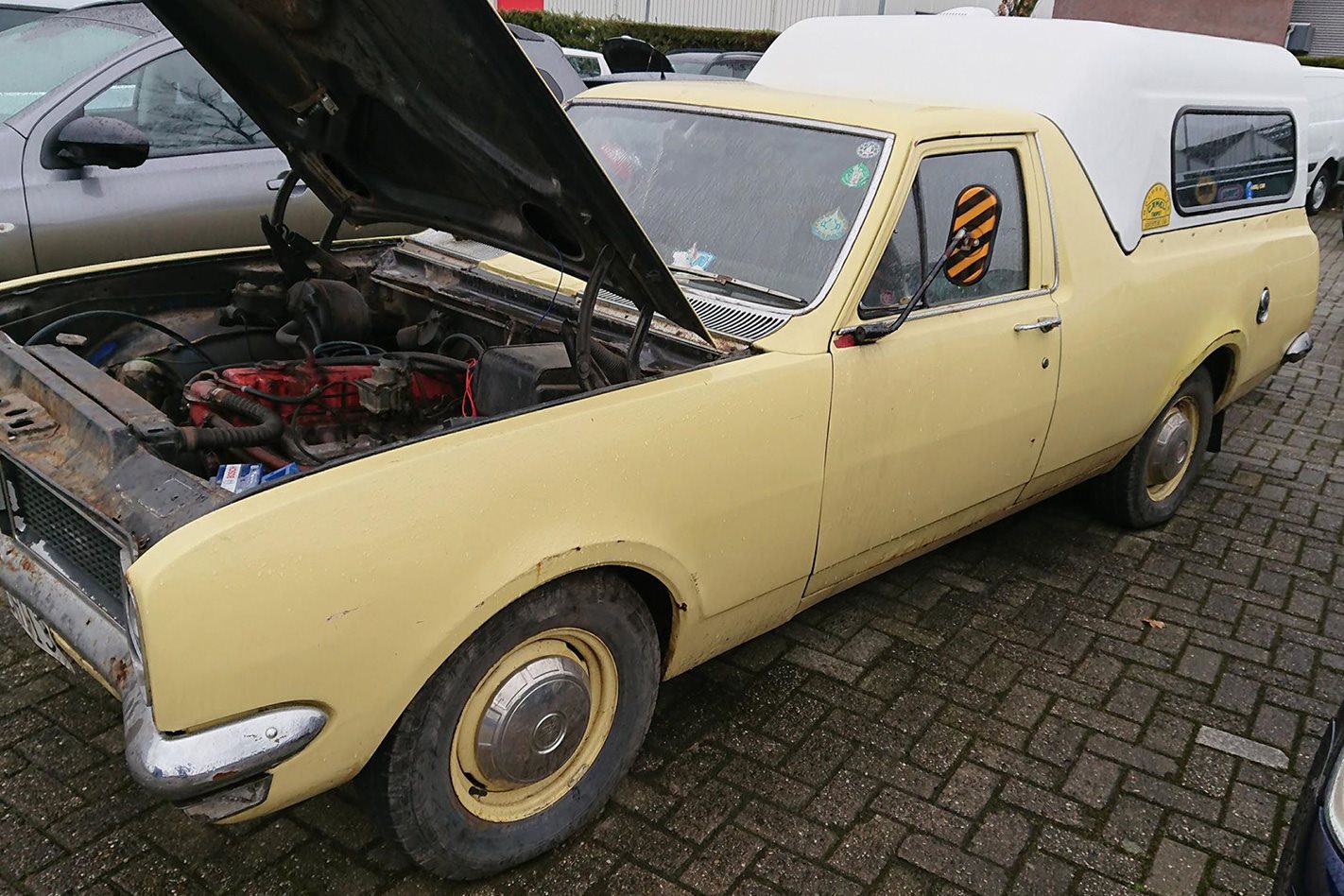 At the centre of the controversy is a pale yellow 1970 Holden Kingswood ute, which was originally built in New Zealand and shipped to the Netherlands by a private owner 12 years ago, where it sat in storage until recently. Travis, who already owns an HK Brougham, got his hands on it via a Dutch mate and arranged to have it transported to England so he could restore it, but the car only made it as far as the Channel Tunnel. A routine inspection by French customs officials at Calais on 14 March uncovered 20.1 grams of cannabis in the spare wheel that Travis believes had been there throughout the ute’s 12-year hibernation.

“The first I knew, I got a text from the transportation company saying: ‘Your car’s been seized by French Customs. They found drugs in the car!” he explained. “I phoned up French Customs and the guy basically told me: ‘You’re not getting your car back.’ I said: ‘What do you mean I’m not getting my car back?’ He said: ‘We think it can be used for drug smuggling so the car will be destroyed.’ That’s when I started panicking.”

The French border patrol had imposed a €70 fine for the weed and impounded the ute for further scrutiny, whereupon they discovered a suspicious cavity beneath the rear tray, which they ascertained could be used to transport illicit drugs. The gendarmerie is now threatening to say ‘Au revoir’ to Travis’s car and send it to the crusher! 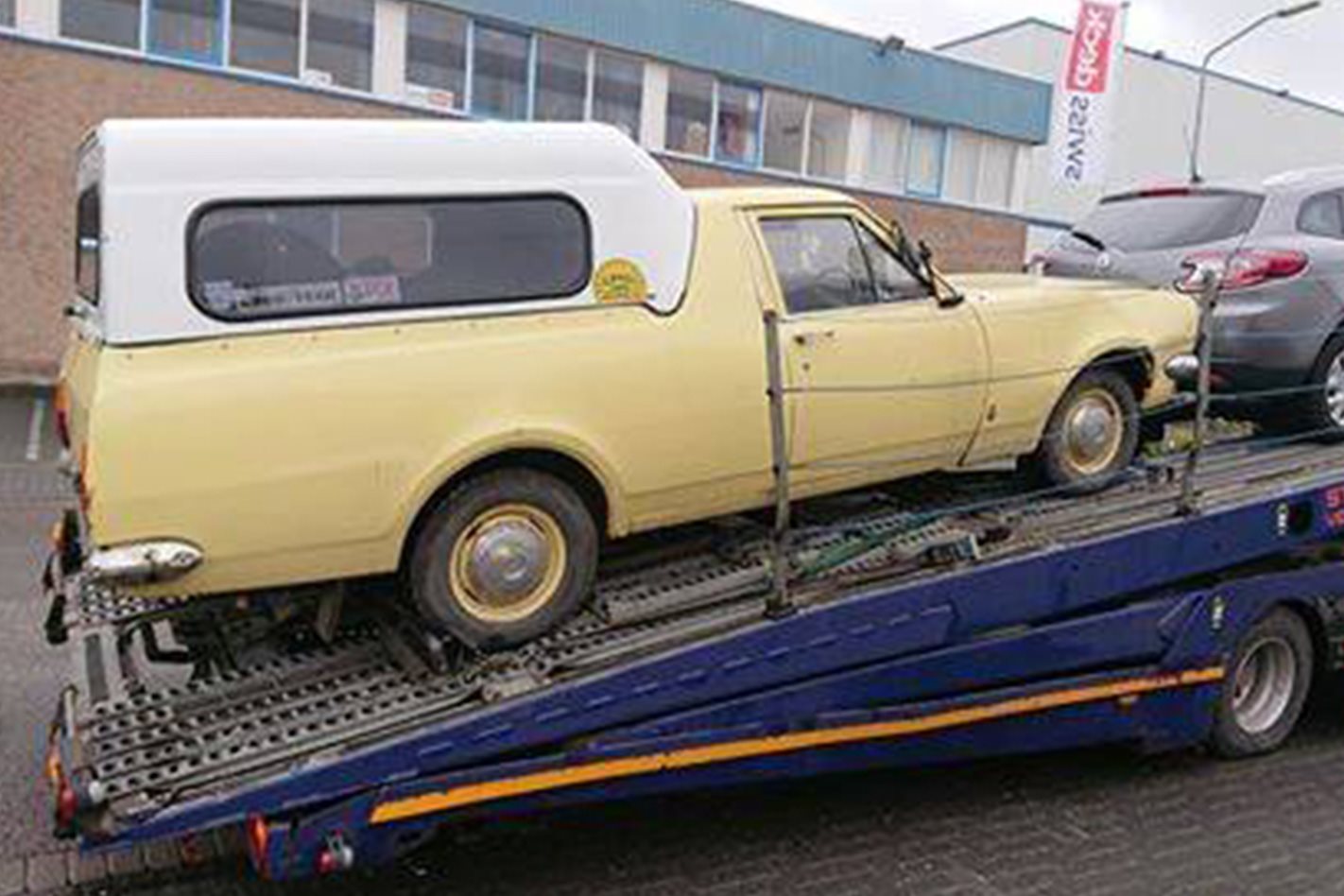 “They’re claiming the ute has ‘secret compartments’ that could be used for drug trafficking,” he said. “Their issue wasn’t so much finding the cannabis, it was that these ‘hidden compartments’, as they call them, could be used for smuggling. I’ve tried to explain that this is a standard ute, but they don’t seem to care about that.”

General Motors-Holden used station wagon floorpans to build its utes as a standard cost-saving practice from the FE through to the HG. The result was that its utes were left with a gap in the underfloor at the rear, which became a trouble spot for rust but otherwise served no purpose. Now it’s become a major bugbear for Travis, who has written a passionate letter to French officials explaining everything from Holden’s manufacturing processes to his lifelong love of HGs, yet remains frustrated by the lack of communication coming back his way.

“It’s hard not to lose your cool, but I’m trying,” he said. “I’ve called French Customs a few times but they are hard to deal with – you’re lucky if you get through to the switchboard, and then the language barrier makes it extra hard.

“I’ve tried to explain the value of the car, because I think they just see it as some old pick-up. It’s not like I can just go and get another one; they are rare, especially over here. I’ve sent them photos of other Holden utes to show that this is how they are put together. But it’s been two weeks now and I have no idea when I might get an answer.

“My wife is worried; she thinks if I start stirring things up I might never get the car back, but I just don’t know what else to do.” 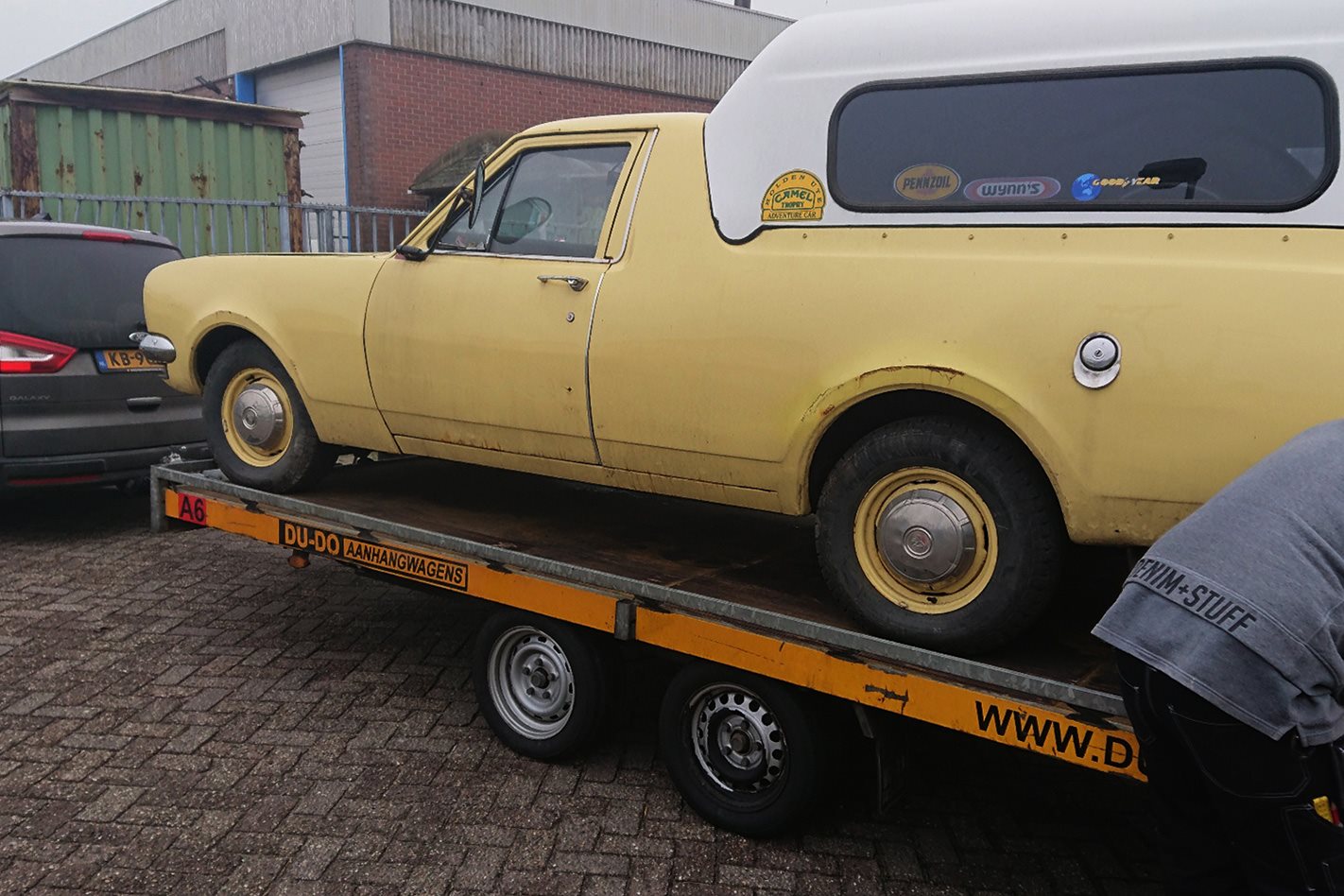 Talk about an international cast – Aussie-born Travis was trying to transport his NZ-built HG ute from Holland to England when it was detained in France. Travis is hoping the story doesn’t end there, as he has plans to restore the old girl. “It’s perfect for a resto,” he said. “The panels are fairly good, the floors are perfect, and it’s already got a GTS dash in it!” In the meantime Travis’s brother Dean has been helping out by spreading the word about the car’s plight. “He still lives in Walwa with my parents, and even though he has cerebral palsy and struggles getting about, he has been amazing contacting people and getting as much information as possible for me,” he said. 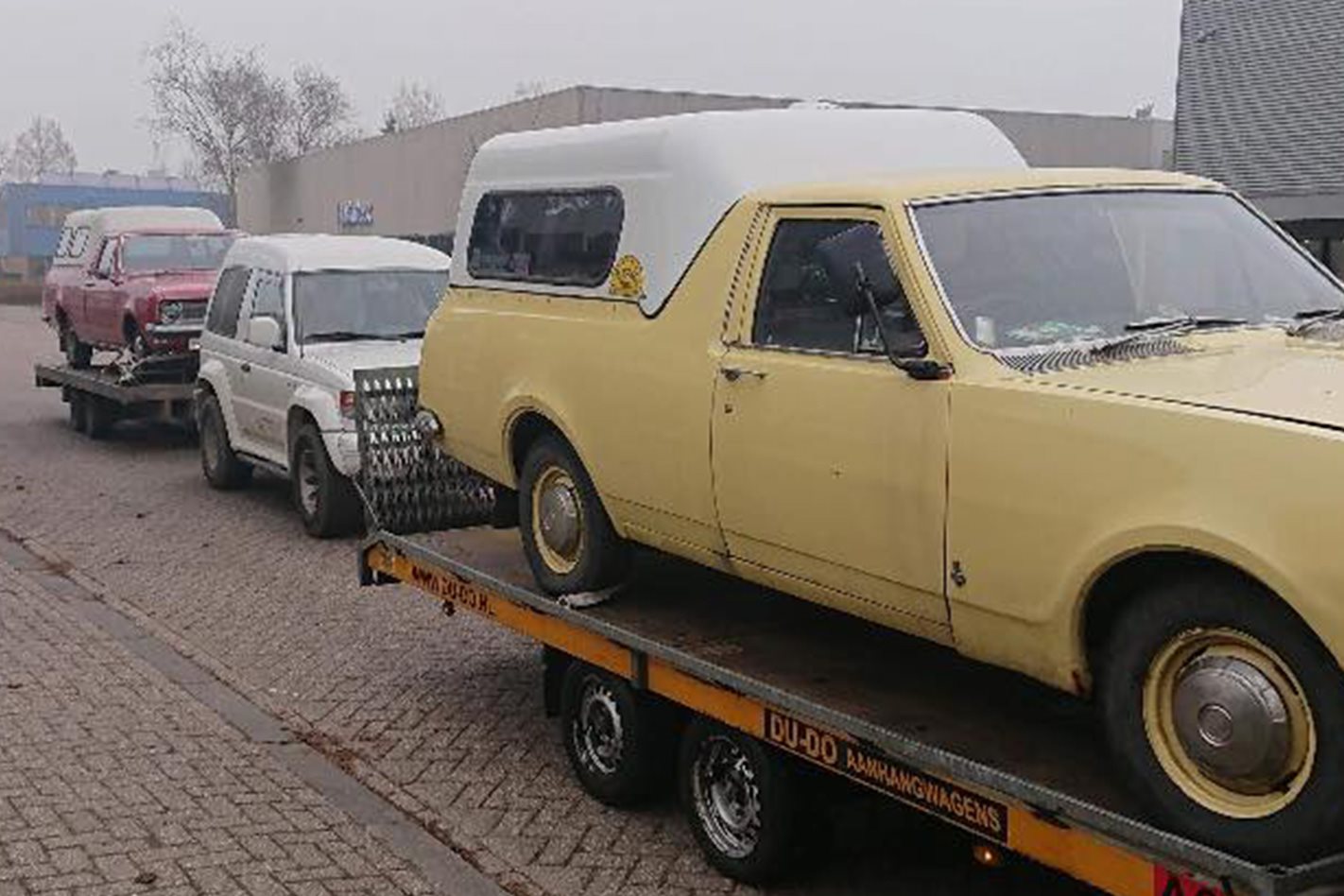 The HG was one of two Kingswood utes found in a barn in Amsterdam by Travis’s Holden-loving friend Harmen, who snapped up both cars and agreed to let Travis have one on the proviso that he would help provide rare Holden parts once they began restoring their cars. “There was a red one and a yellow one,” Travis explained. “The red one was mint and I wanted to buy it, but Harmen, or Harry as I call him, was keen to keep that one. But he’d gotten such a good deal on the cars, he said: ‘I’ve basically gotten the yellow one for nothing, so you can have that and we’ll just trade in parts’.” 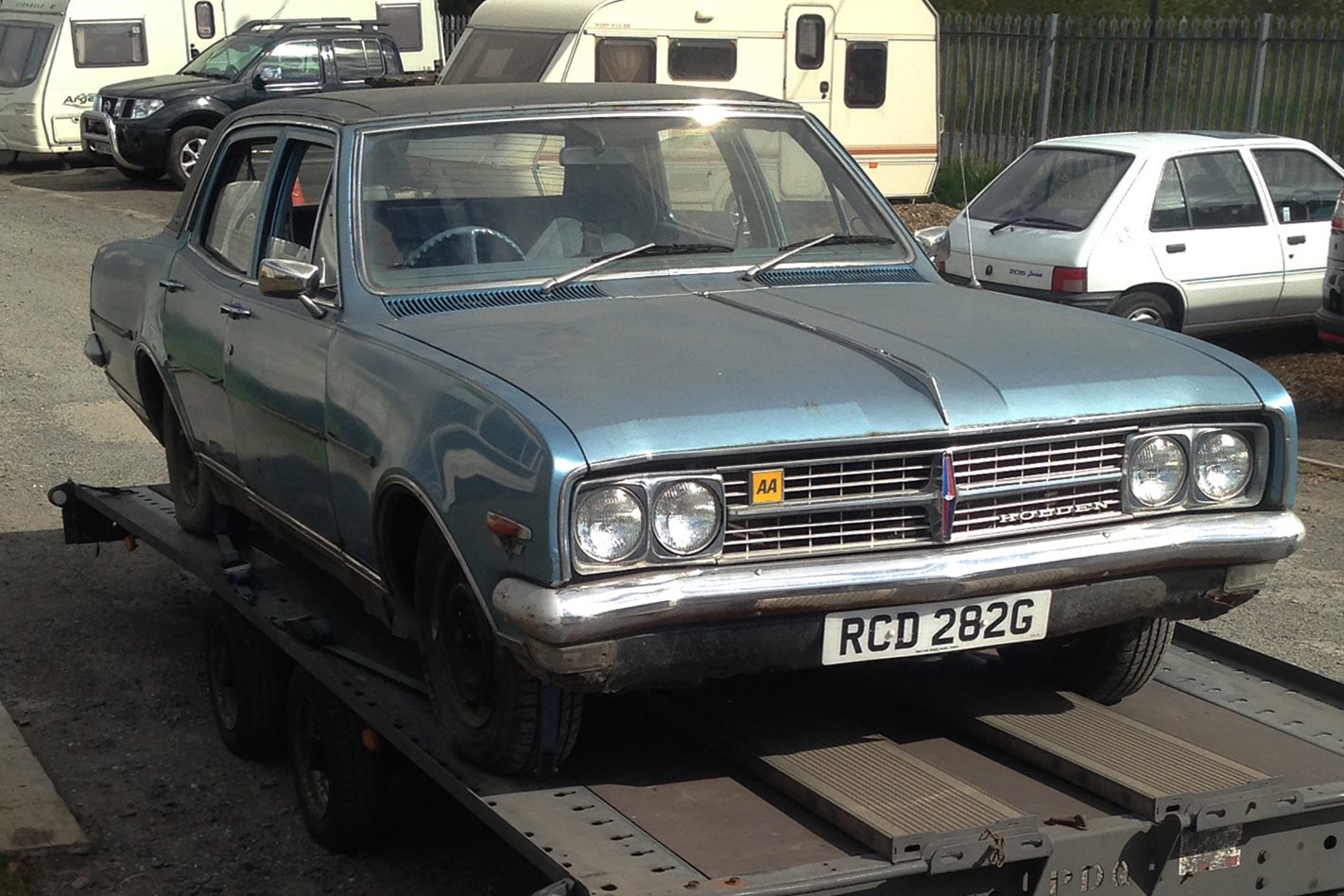 Originally from the small Victorian town of Walwa, Travis has lived in England for 23 years and takes pride in owning an HK Brougham, even though it’s “pretty rough”. The HK was imported in 1968 as a showcase vehicle for GM-H in the UK. Travis has owned it for four years and it still runs the original 307ci Chev small-block and Powerglide, which he intends to transplant into the HG when it finally (fingers crossed) arrives. “I had an HG ute when I lived in Oz, which I eventually sold about 12 years after moving over here, so I was stoked to get this one, but now it’s turned into a nightmare,” he said. 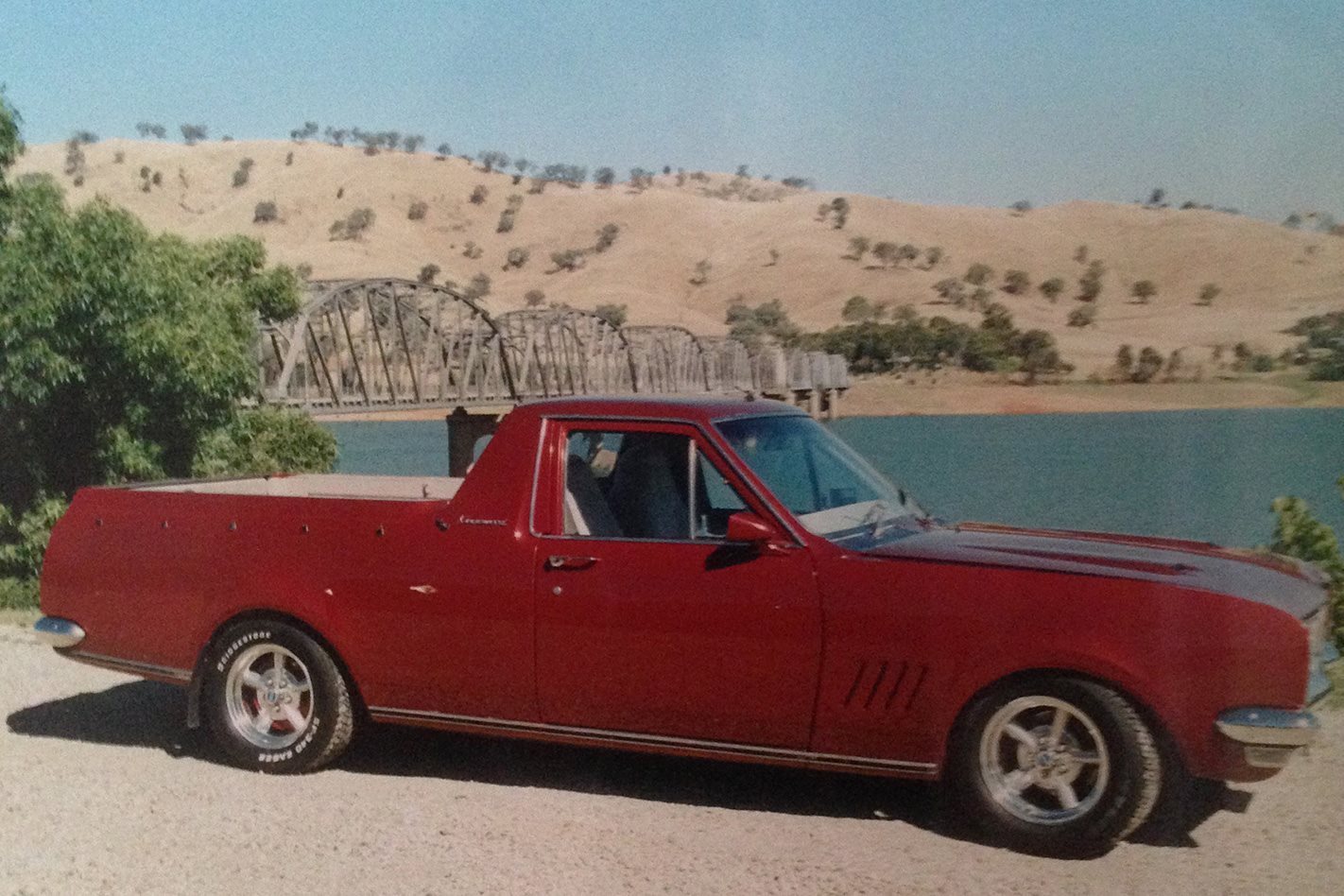 UPDATE: The French authorities have relented and Travis now has his ute back! Read the happy story here. 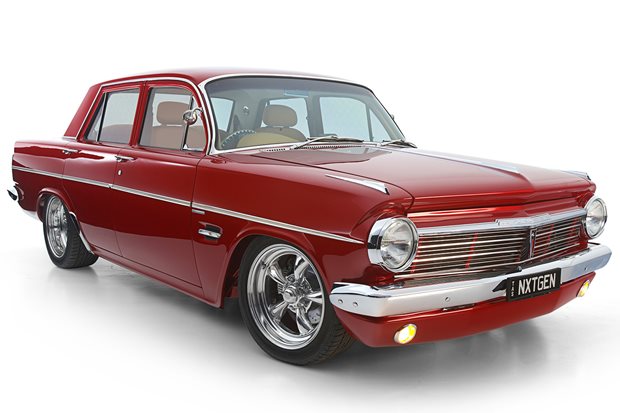 When Ricky Absolom and his EH rocked up at Summernats 23, everyone wanted to know where they came from 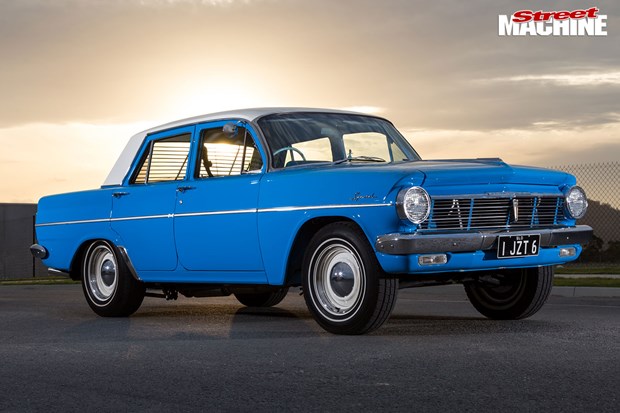 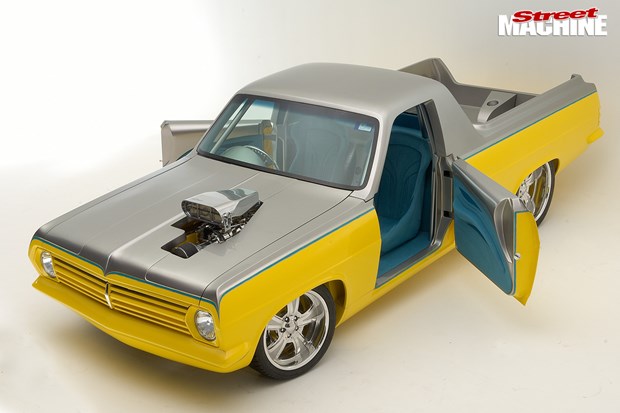 With a 4/71 blower bolted to the side of the straight six, this HR ute has plenty of bite 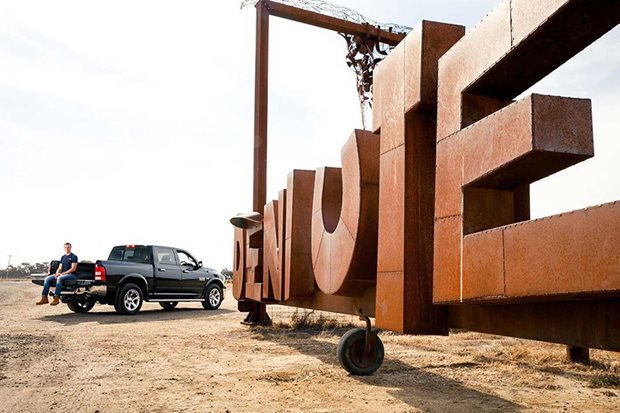