IT was the first-ever Street Machine of the year – Alan Cooper’s BLOBAK TWO –  awarded in the December 1988 issue of the mag.

The ute burst onto the scene as BLOBAK – an evil black HQ ute with plenty of body mods and a blown small block Chev mounted amidships. It nabbed cover of the December 1986/January 1987 issue of Performance Street Car and created a stir wherever it went. 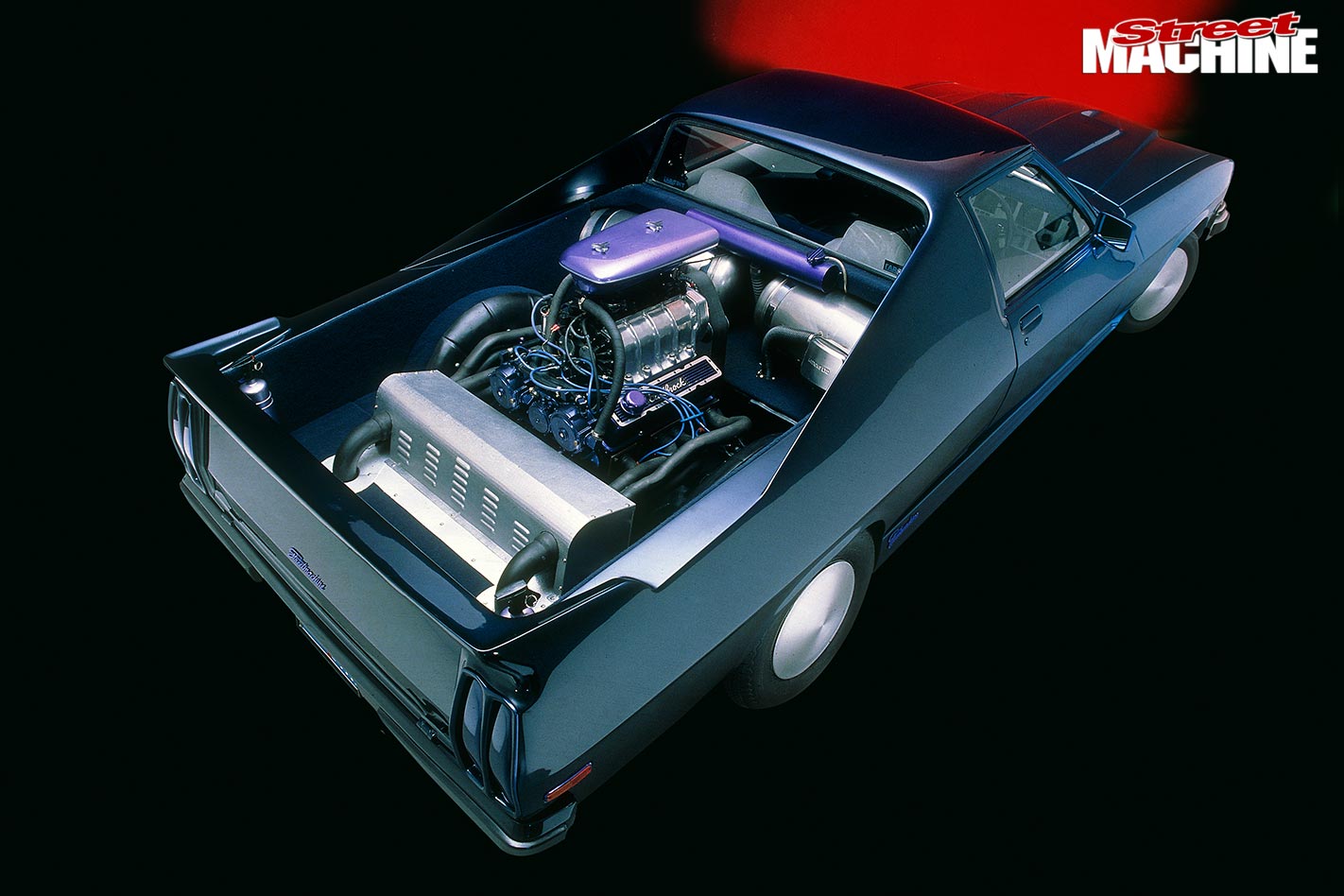 Nevertheless, Alan wanted more and the car was soon stripped for a massive makeover, which was featured in the April/May 1988 issue of Street Machine. The plan? To re-engineer the car, complete with a 253 Holden V8 in engine bay. Why the extra motor?  Apart from sheer uniqueness, the idea was to use the 253 to power the alternator and other accessories – and act as the starter motor for the donk out back. 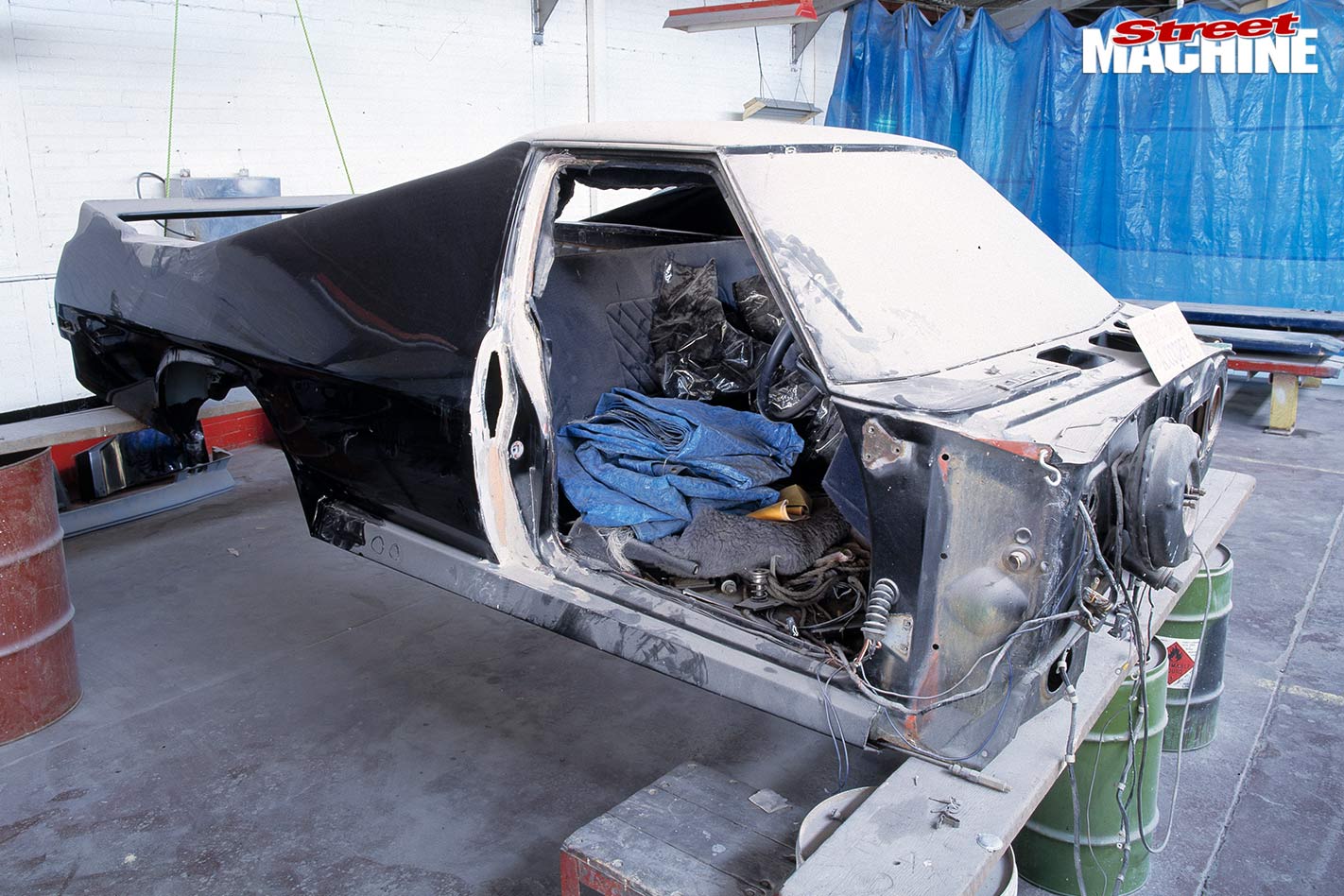 The guy that helped Alan make all this work was a mechanical engineer named Fred Burgermeister (that's him on the left and Alan on the right).  Fred got the front-wheel drive Cadillac front end to successfully serve as the basis for BLOBAK’s rear suspension and transaxle. The chassis was beefed with four extra crossmember, stepped in at the rear and fully boxed. 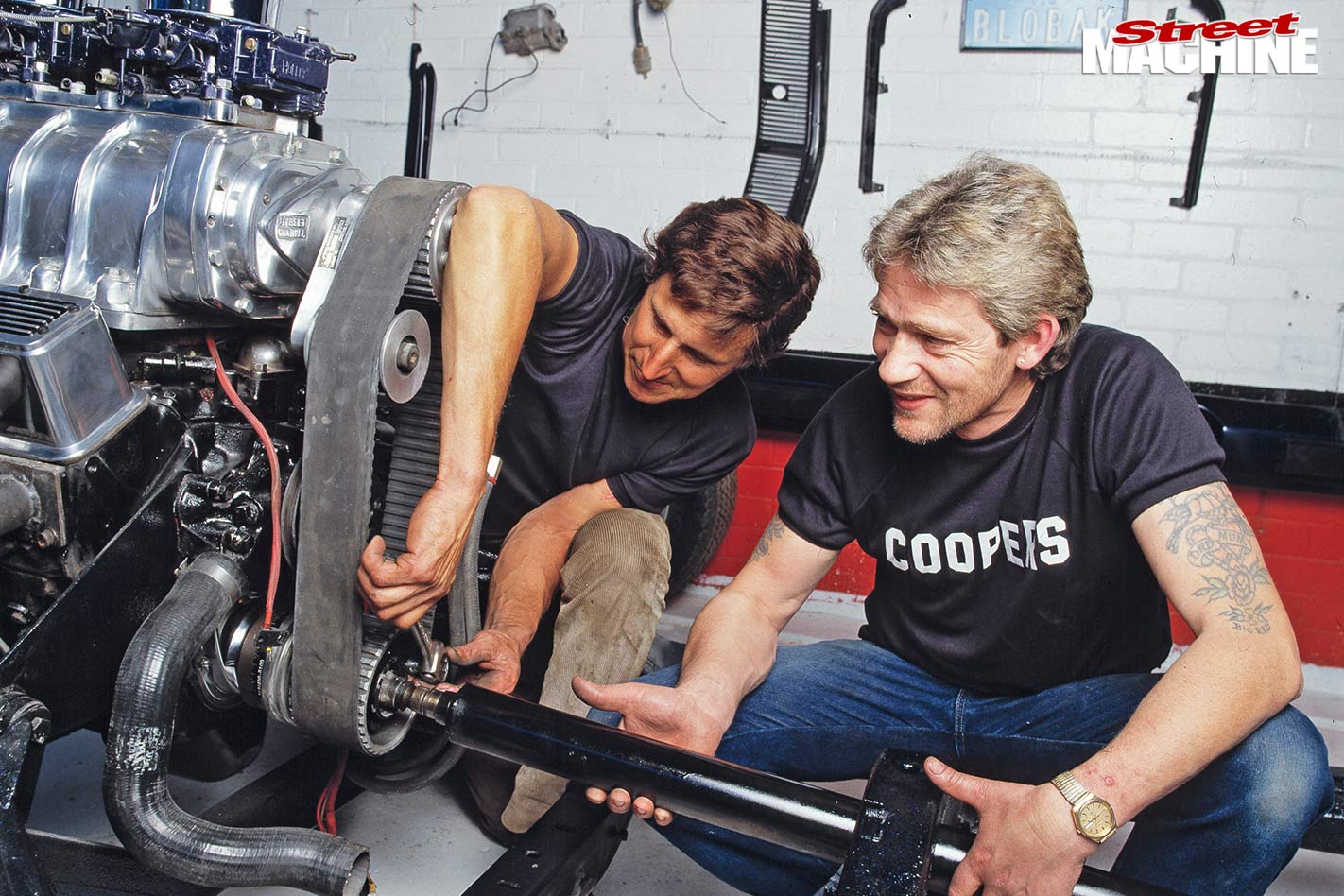 The Caddy rear end supplemented with a Dodge-based torsion bar set-up. Fred  nutted out the adaptors, engine mounts and a thousand other details needed to mate the blown small block Chev to the Caddy’s TH425 auto. 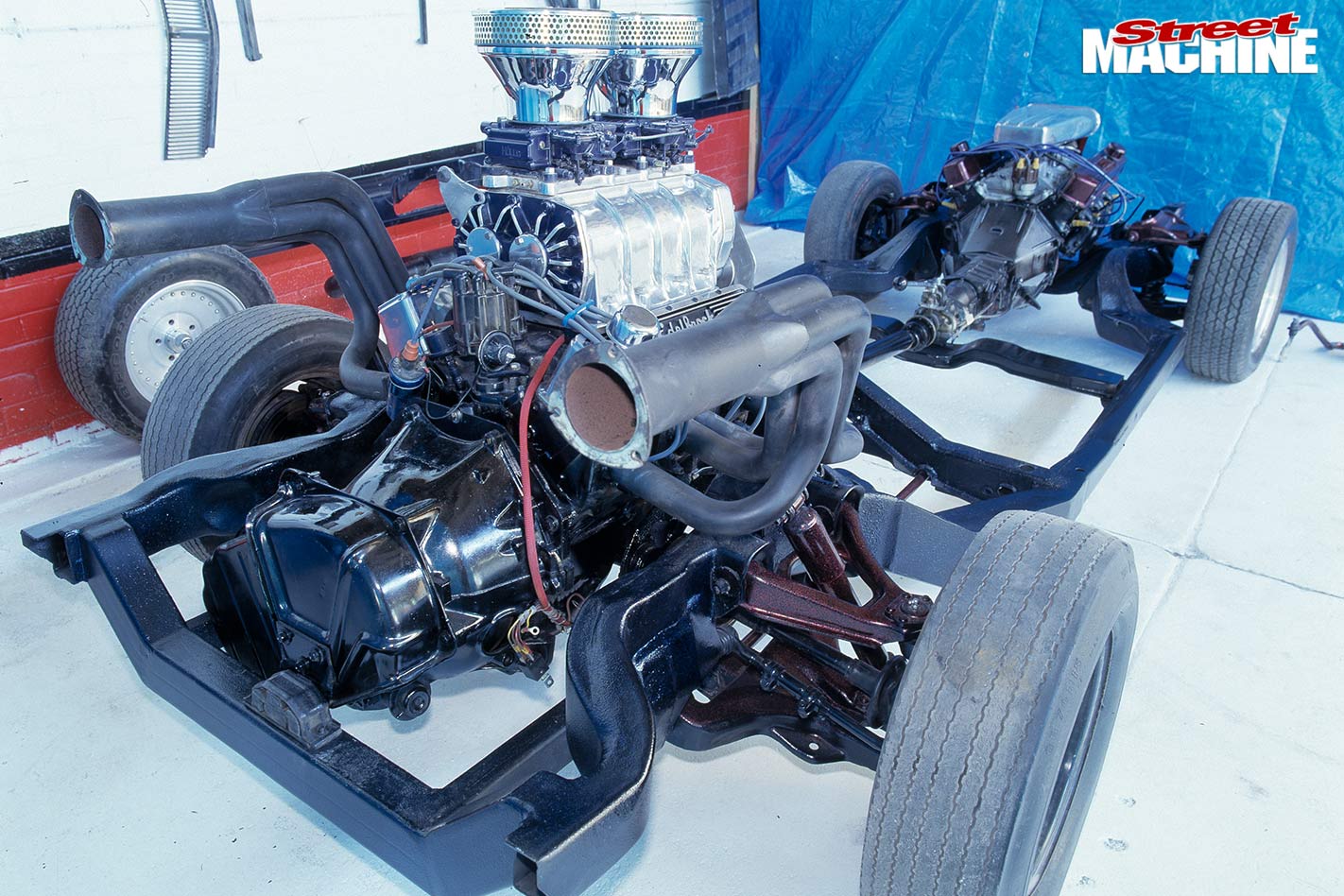 The 253 up the front of the car was connected to the rear via a gutted Trimatic, through which ran a custom-made driveshaft that was bolted directly to the back of the thonglsapper’s crank. The drive was then sent to the front of the Chev’s crank via a custom tailshaft. 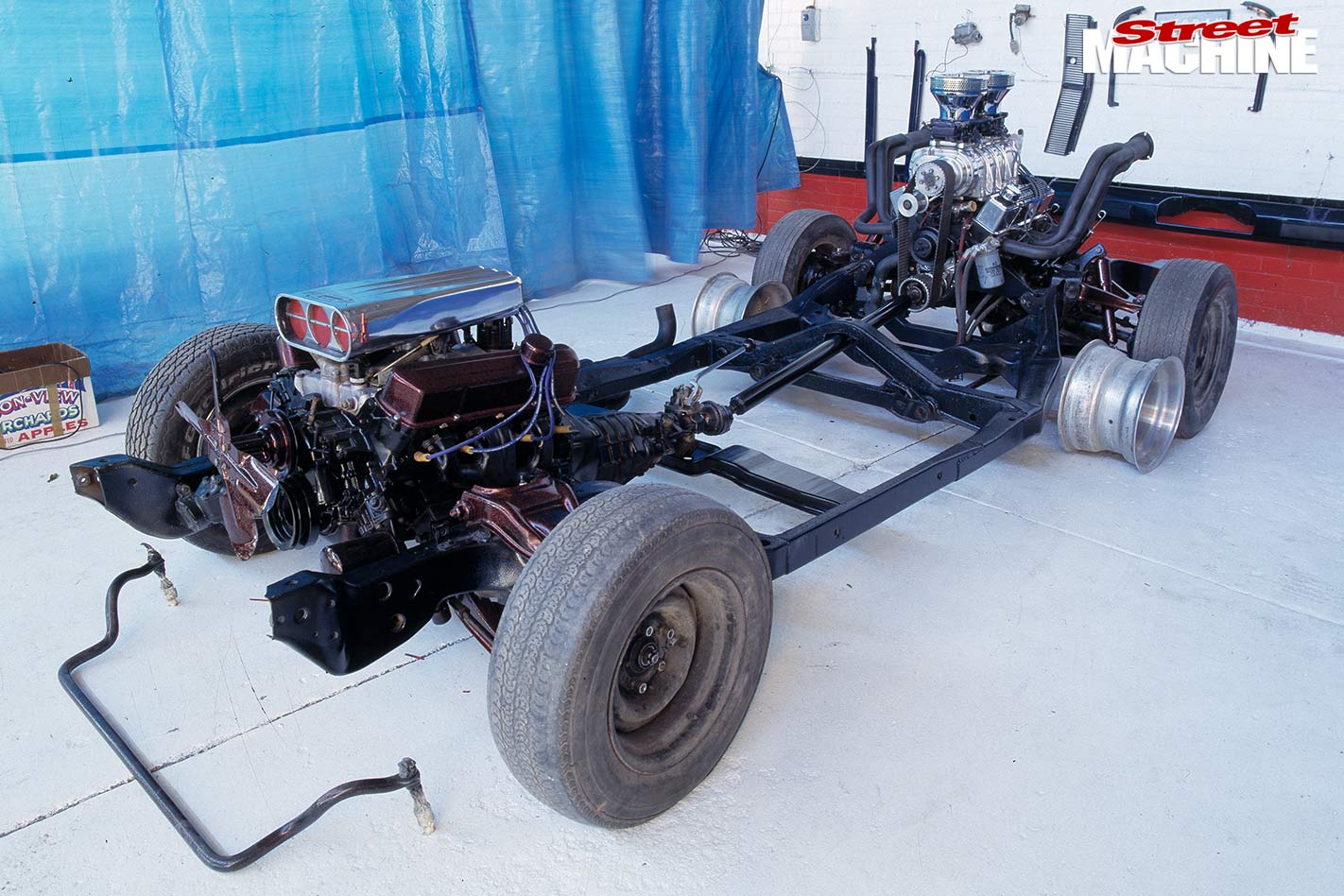 The finished product was featured in the July/August 1988 issue of SM, complete with wild paint and graphics, massive 15x11in steel rims out back, a full re-trim and a conversion to LPG for both donks. That was just in time to make it eligible for the first-ever SMOTY award, up against the likes of Rob Beauchamp’s VL Calais, Dave Johnson’s Jigsaw FJ, George Anthony’s XB sedan and Mark Sgaravizzi’s infamous XD. And guess what? BLOBAK Two brained them all to win the first-ever Street Machine of the Year gong – including $10,000 thanks to Cheviot wheels. 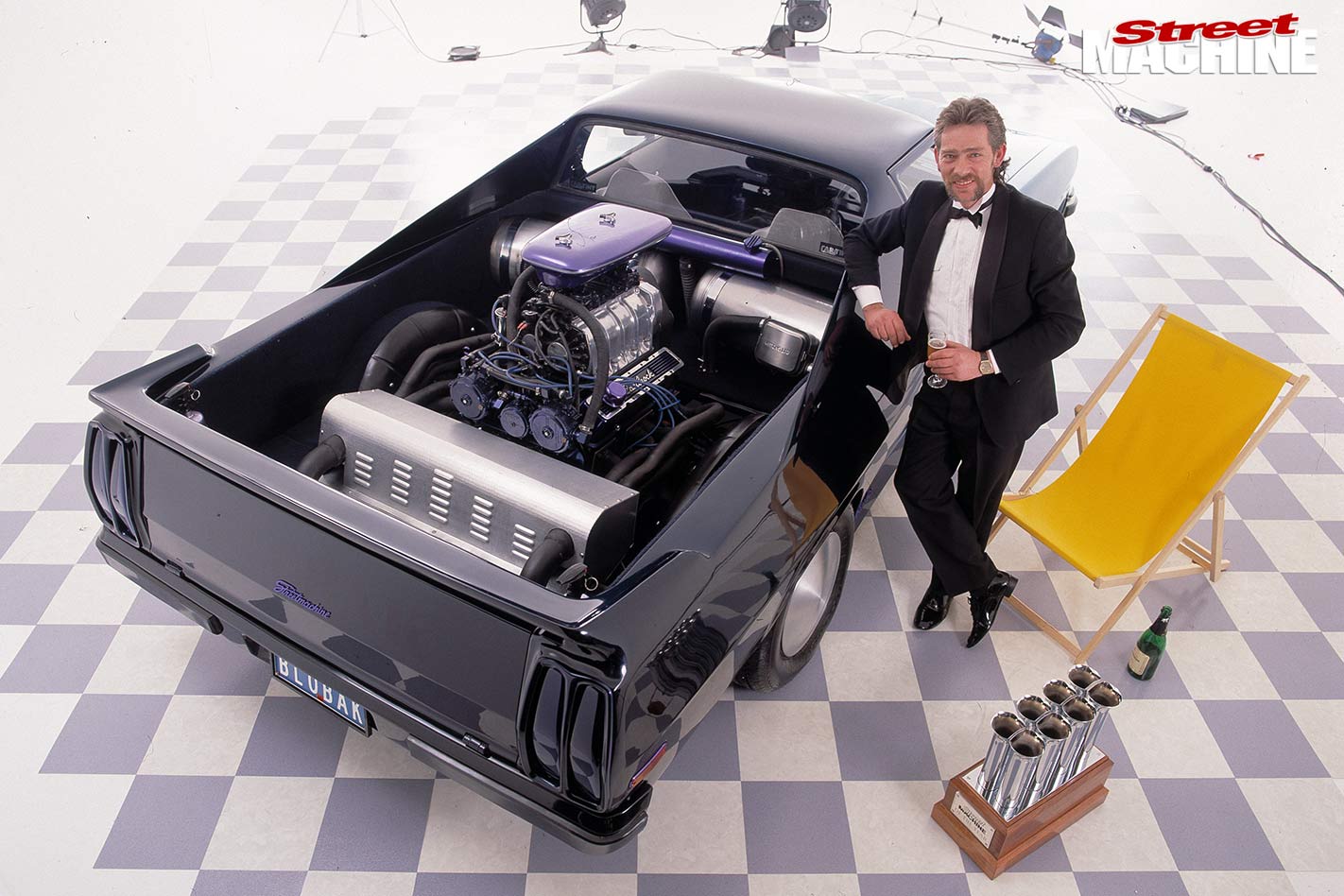 Sometime after that, the ute was split up and sold. The body was reborn as The Silver Ghost – with the body mods largely intact, but with a normally-aspirated small block located in the traditional position.

The chassis went back to live with Fred Burgermeister, where it has remained ever since. Fred passed away a couple of years ago and his massive collection of cars and parts is up for grabs in a clearing sale this Sunday.

“Fred was a great engineer and a bit of a hoarder,” says his nephew Jim Forsyth. “He collected anything and everything automotive that might be useful for a project."

Fred’s tastes were clearly very broad – among the items for sale are a Rambler Hornet sports sedan, a Datsun 260Z, a ’64 Mustang, Triumph TR7 and a couple of race car chassis.

Jim is himself is a car guy and is well aware of the importance of BLOBAK Two in the history of our sport. “It is definitely an iconic build,” he says. “And pretty radical for the time.”

As you can see in the photos, the chassis is a little worse for wear. “There is a bit of rust in the chassis, but I think it is repairable,” says Jim.  “I had a one guy that was interested in buying it say he would use it as a template to build a BLOBAK replica, but I think you could blast it and fix what is there.”

And who knows? Amongst the many parts included in the auction are a 253 Holden V8 and a complete 500ci Cadillac transaxle. Perfect for bringing a piece of street machining history back to life. 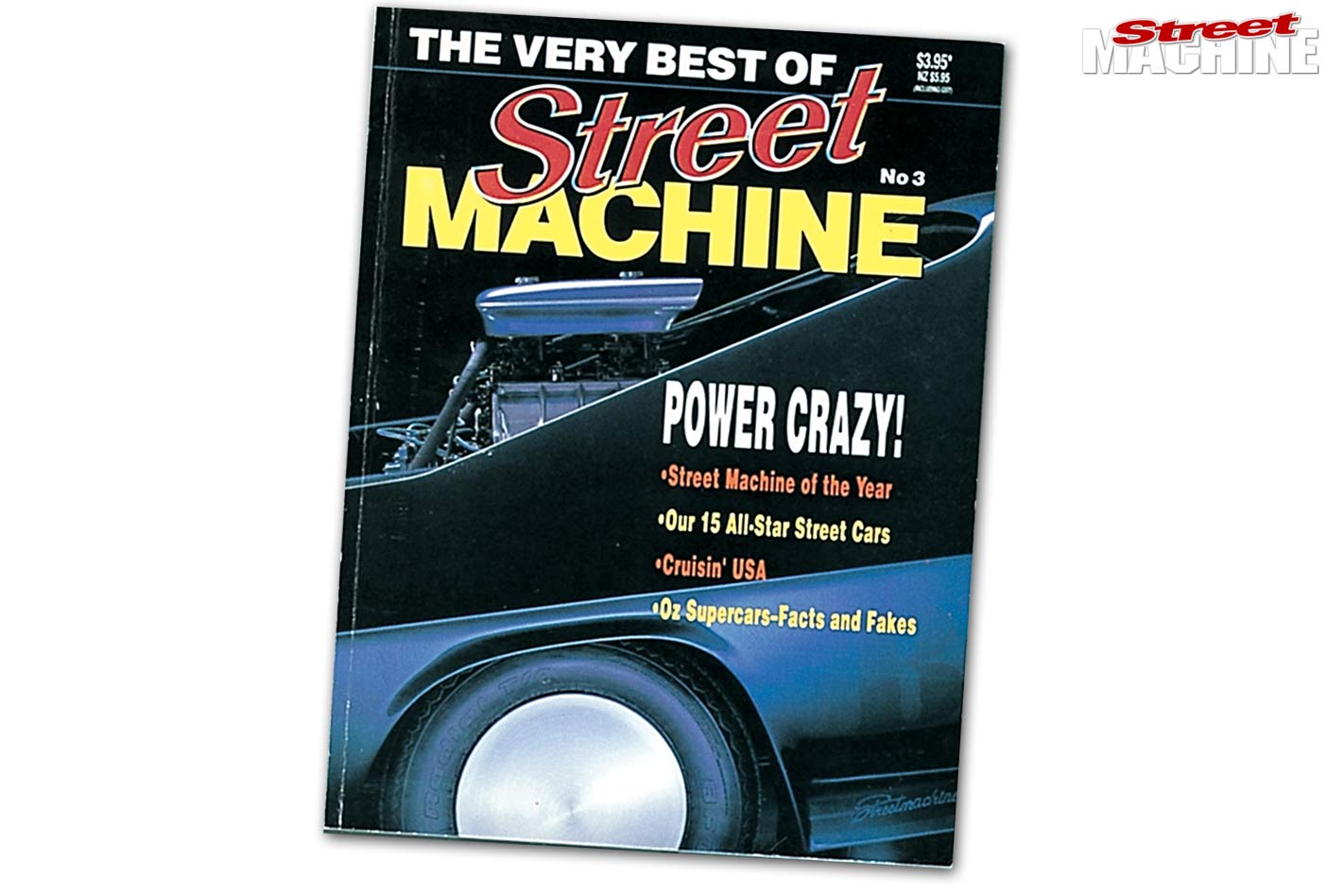 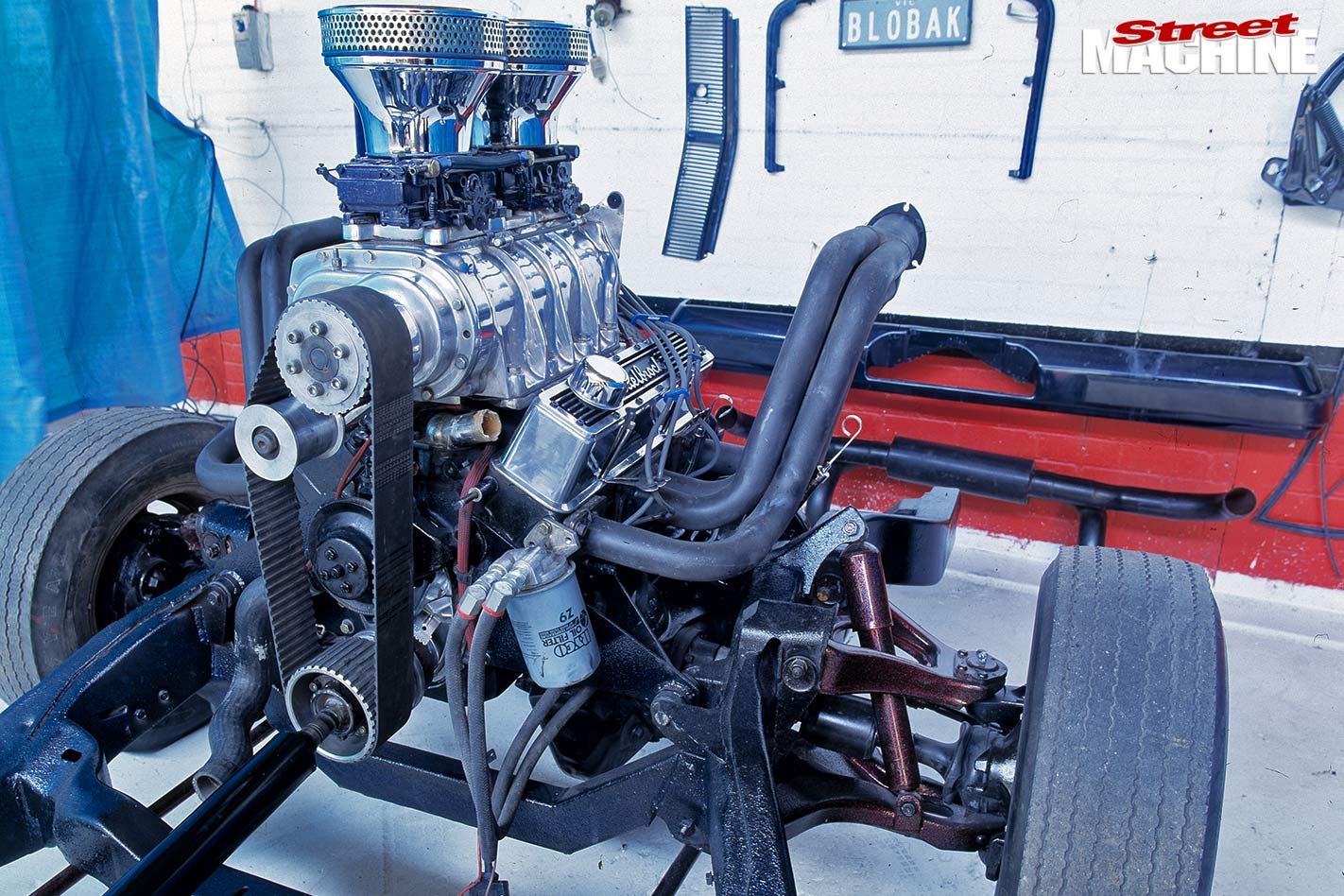 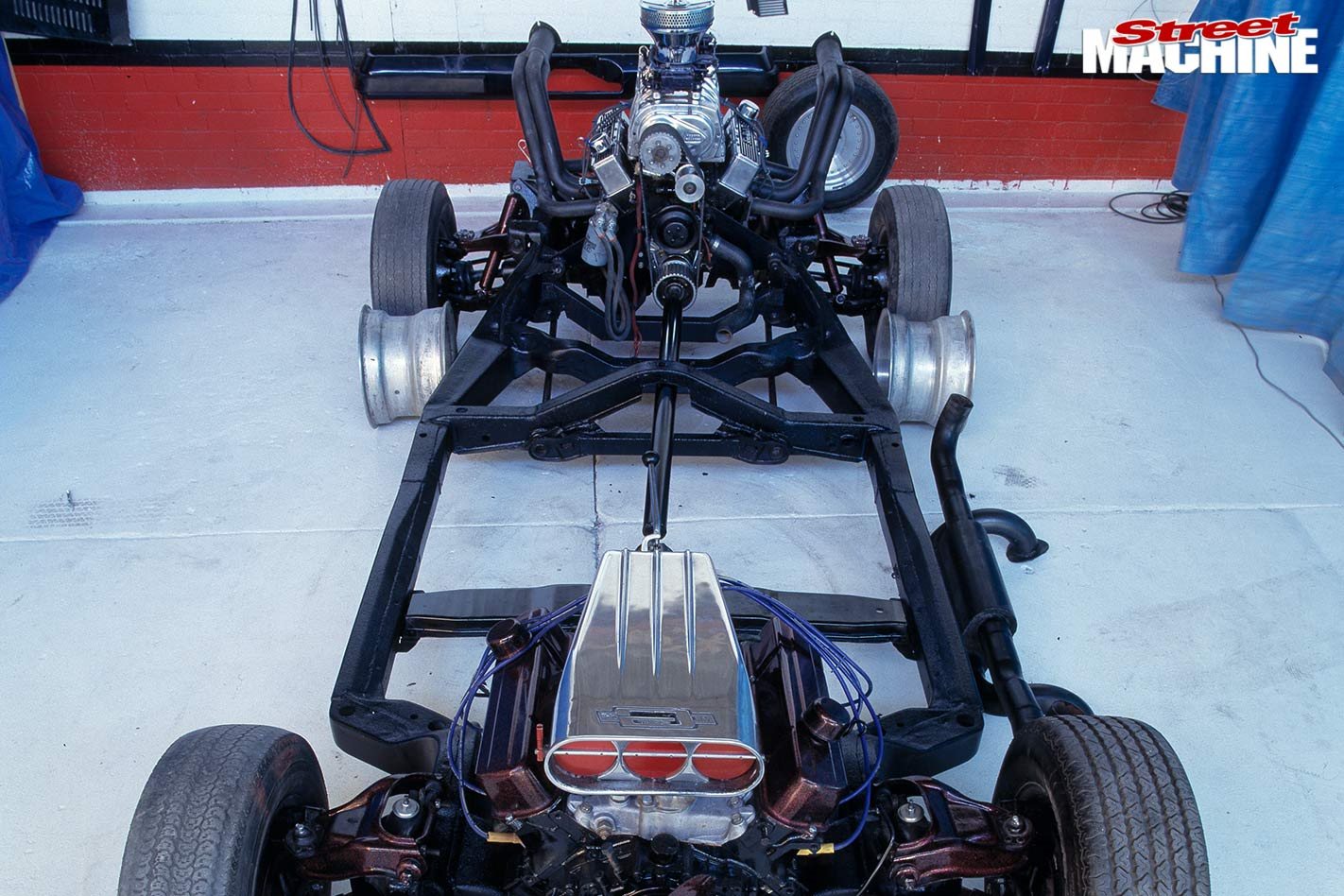 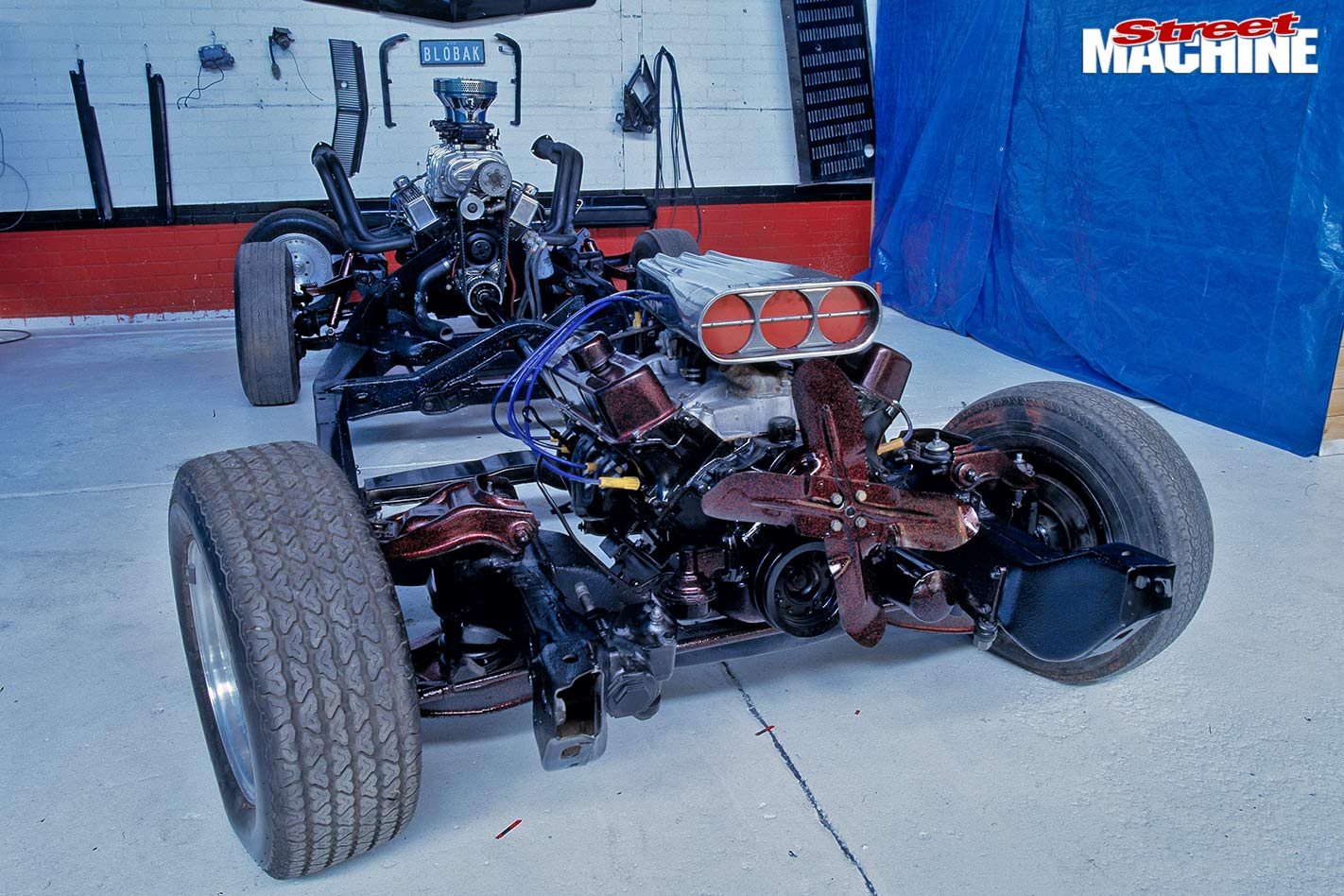 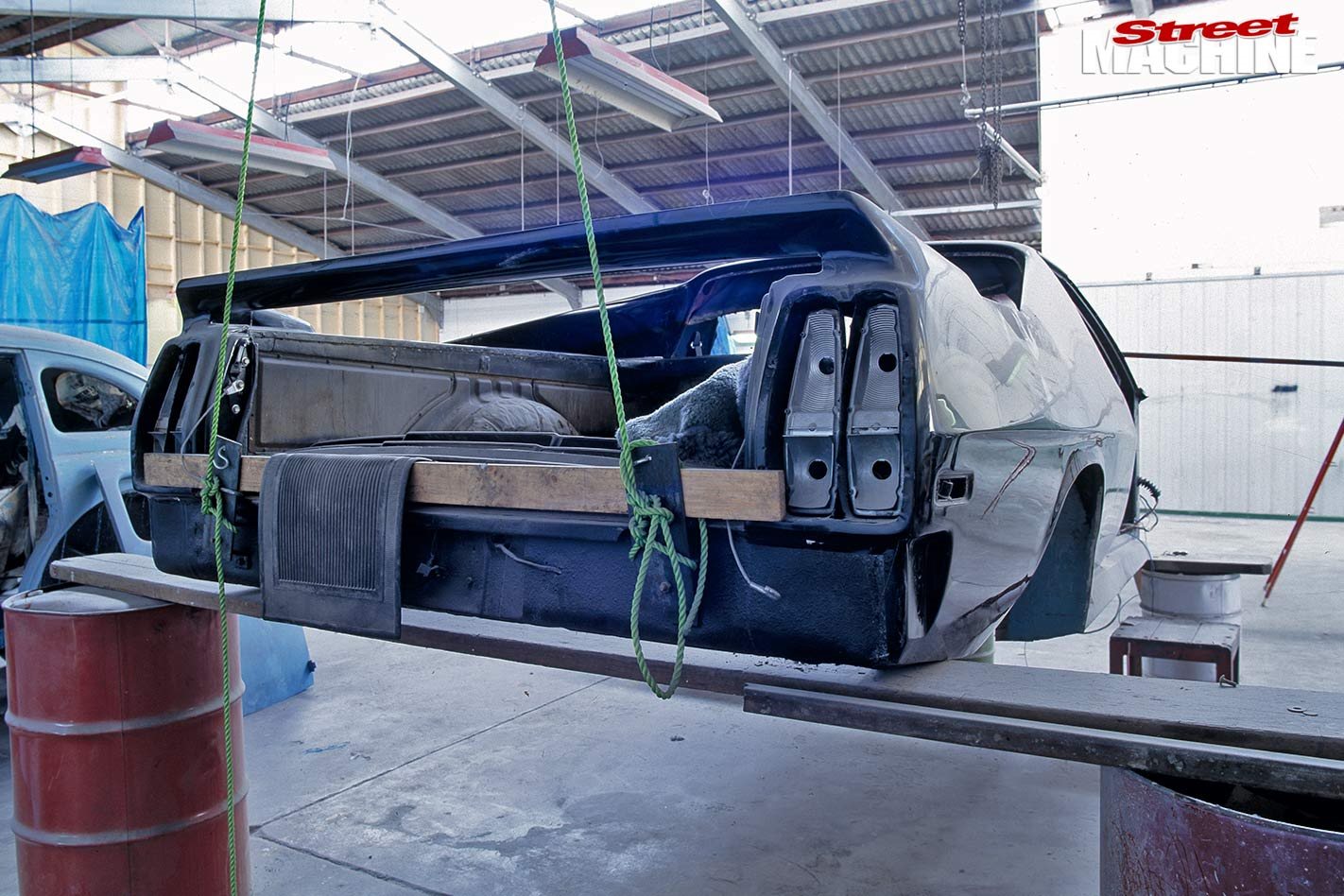 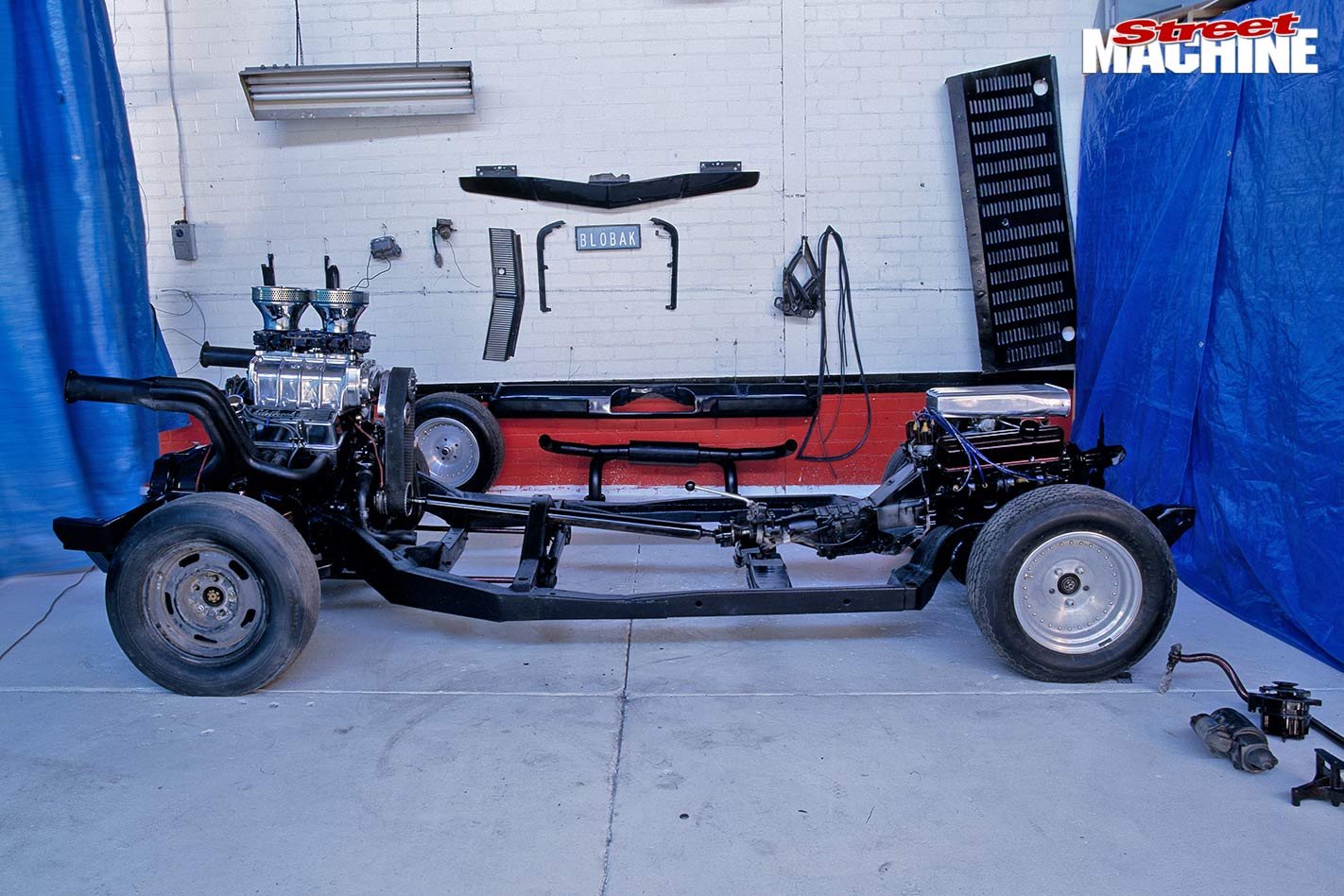 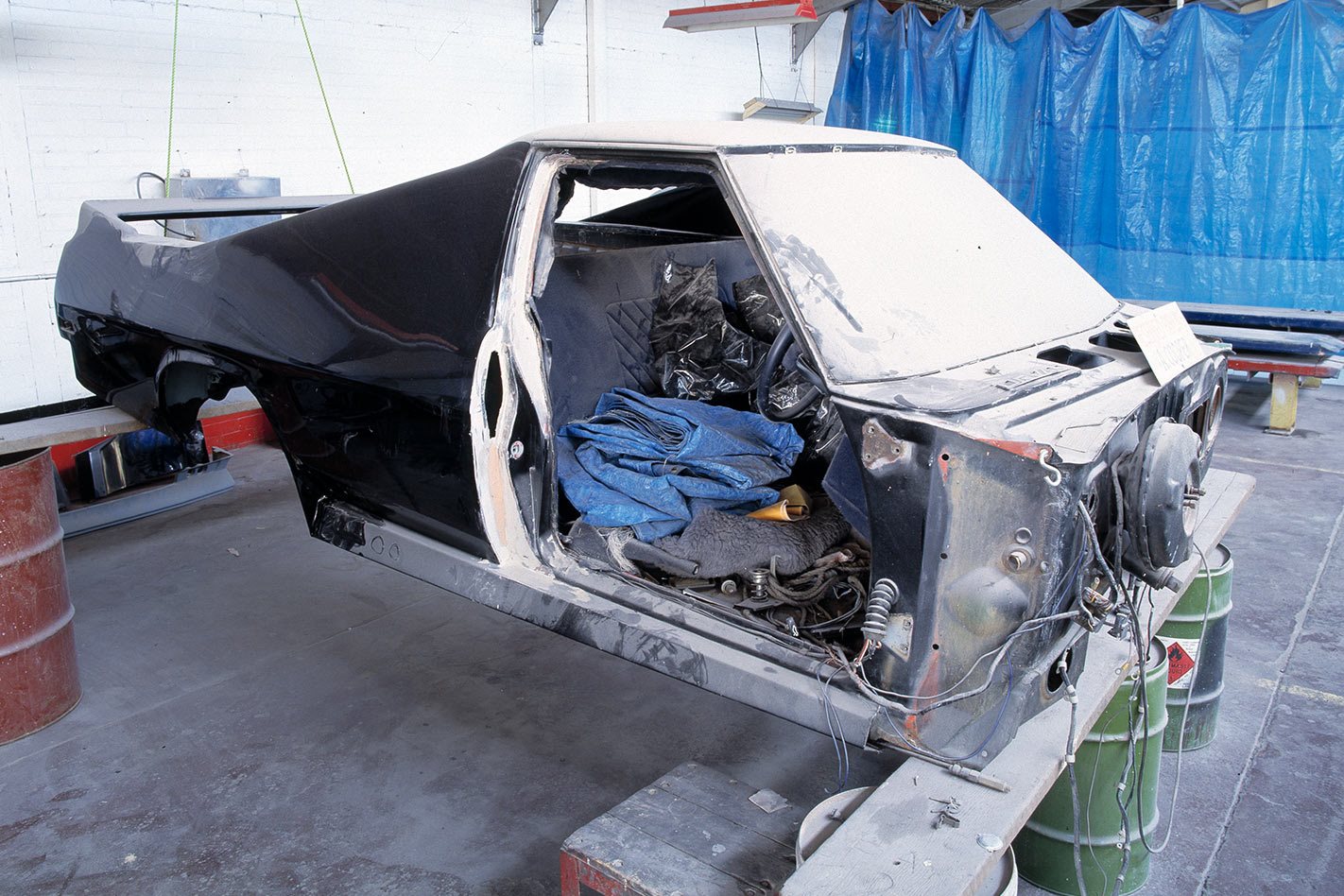 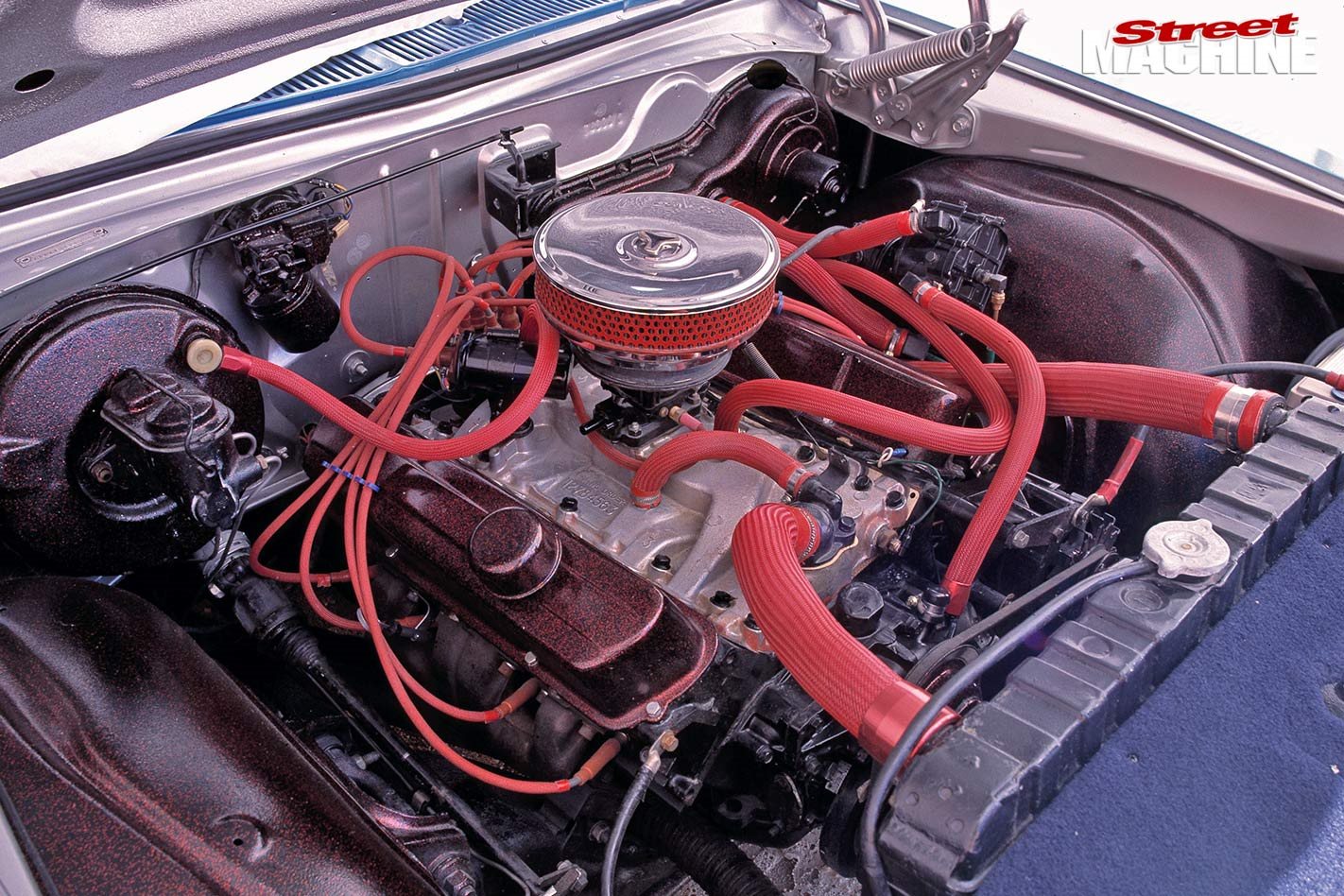 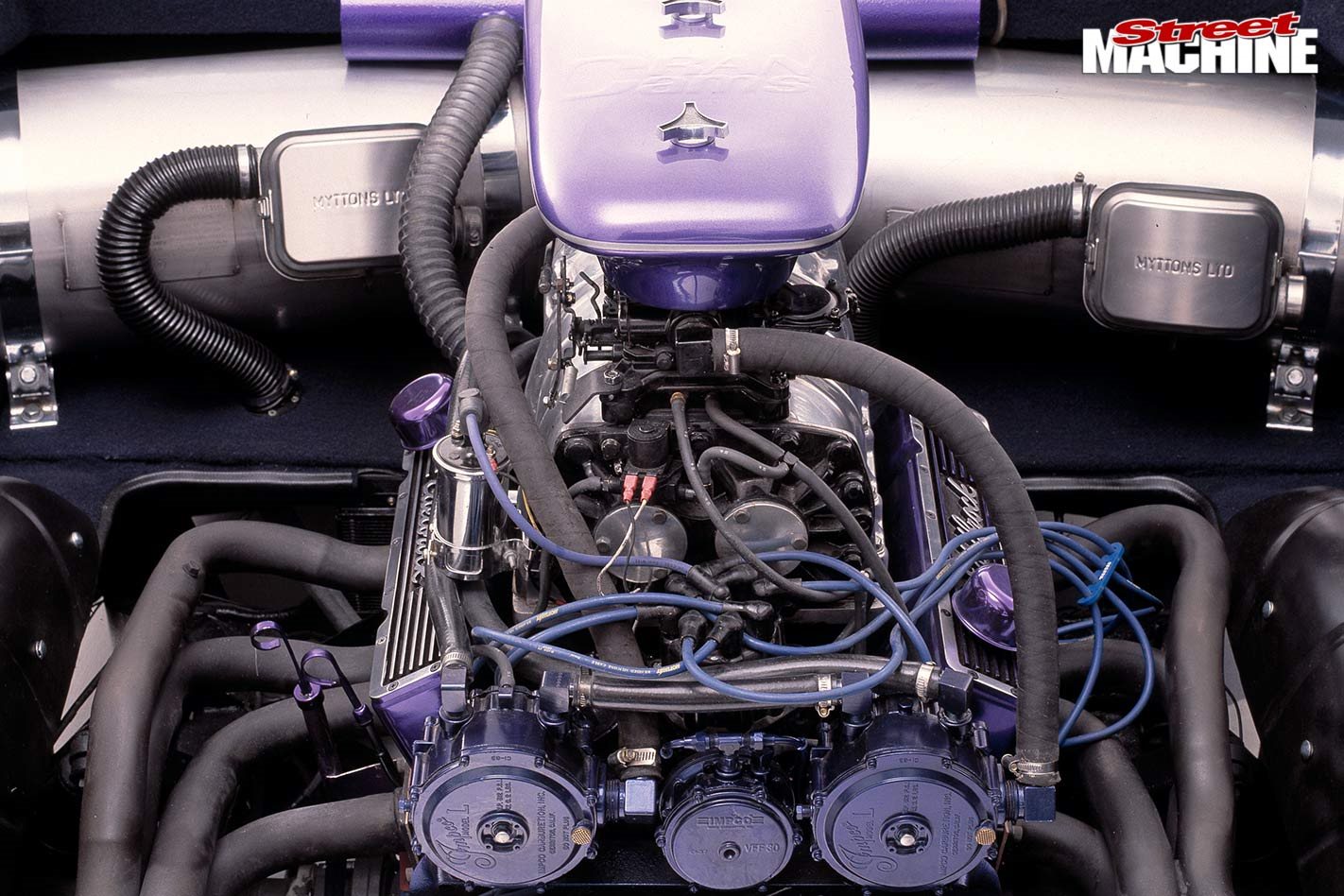 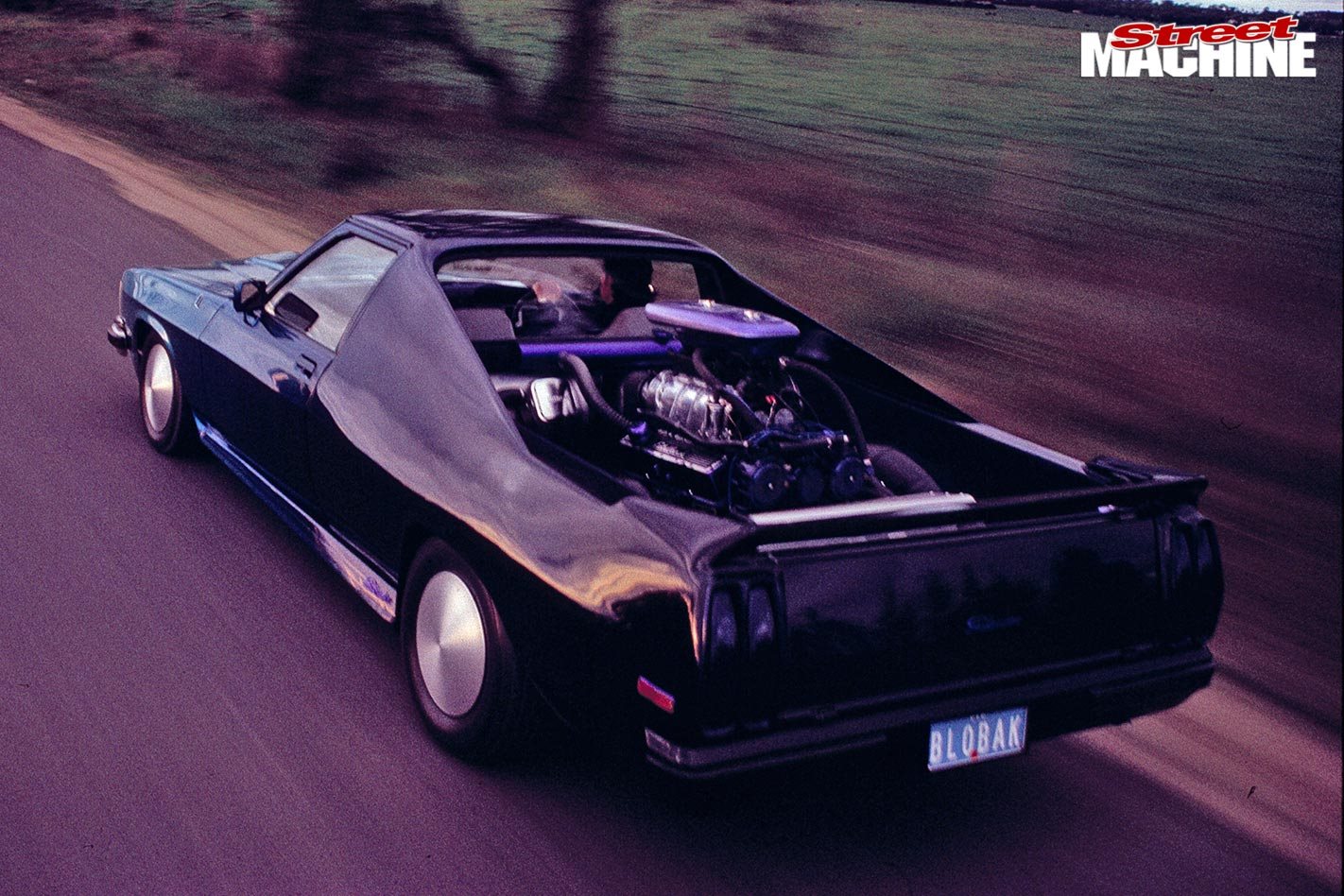 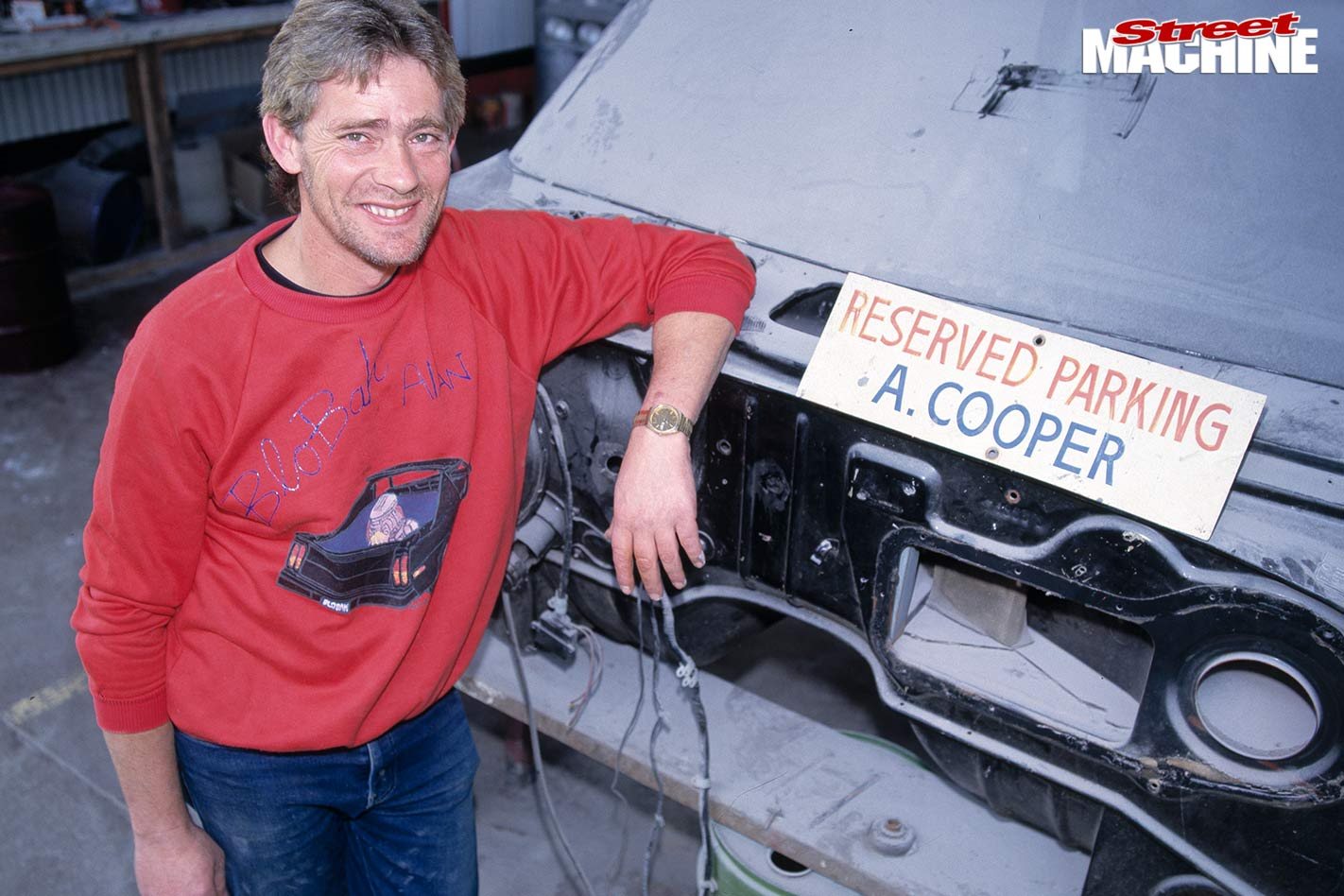 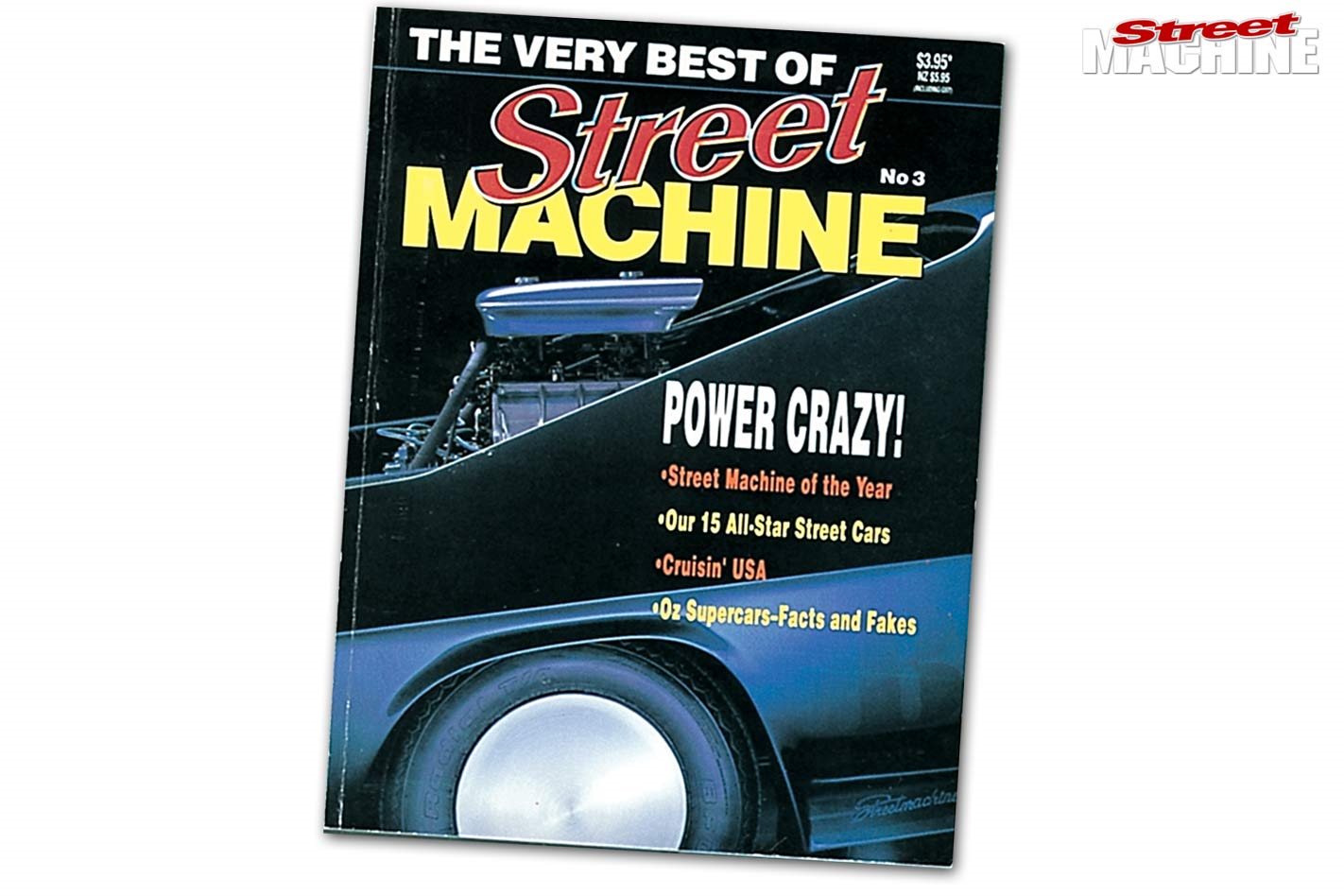 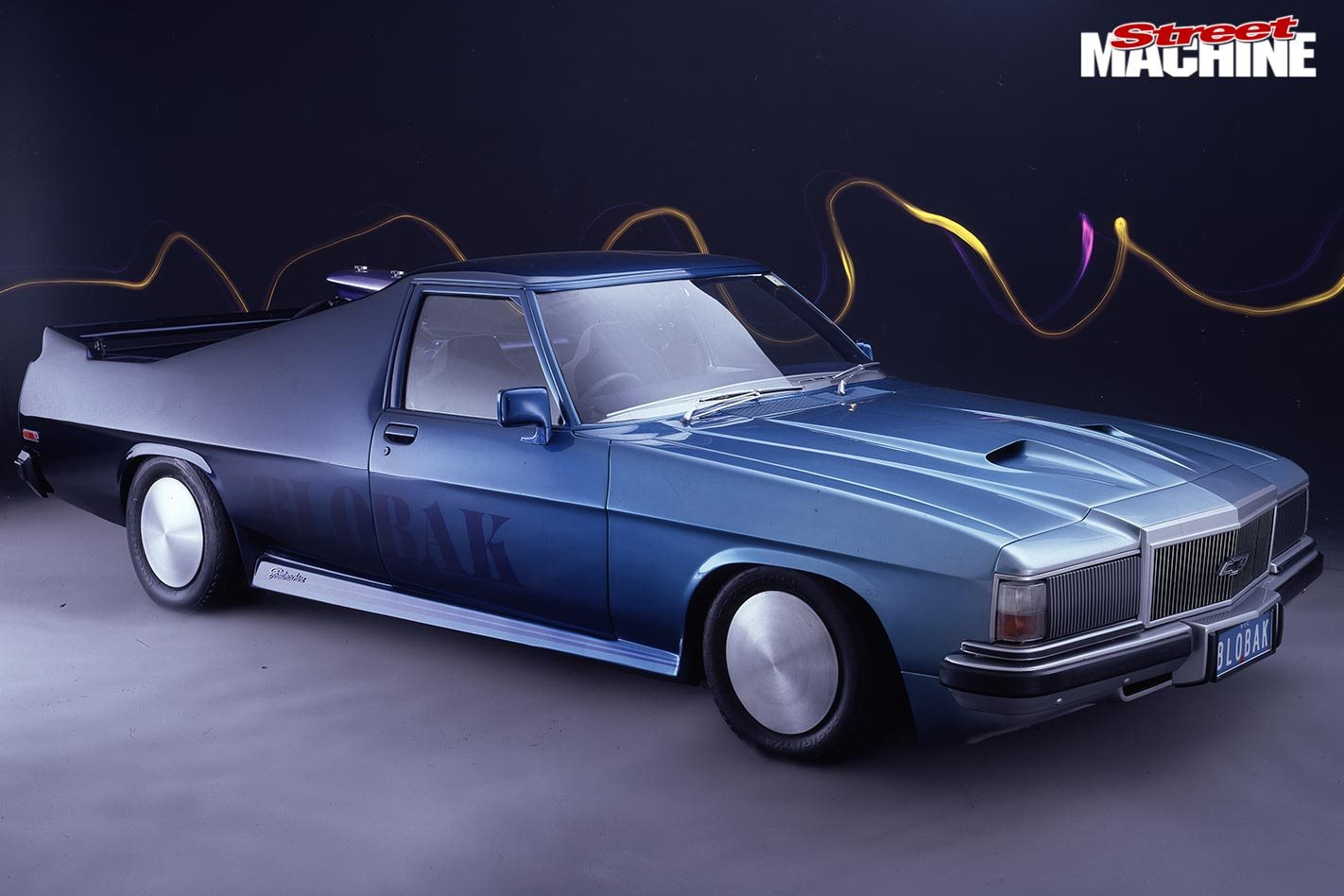 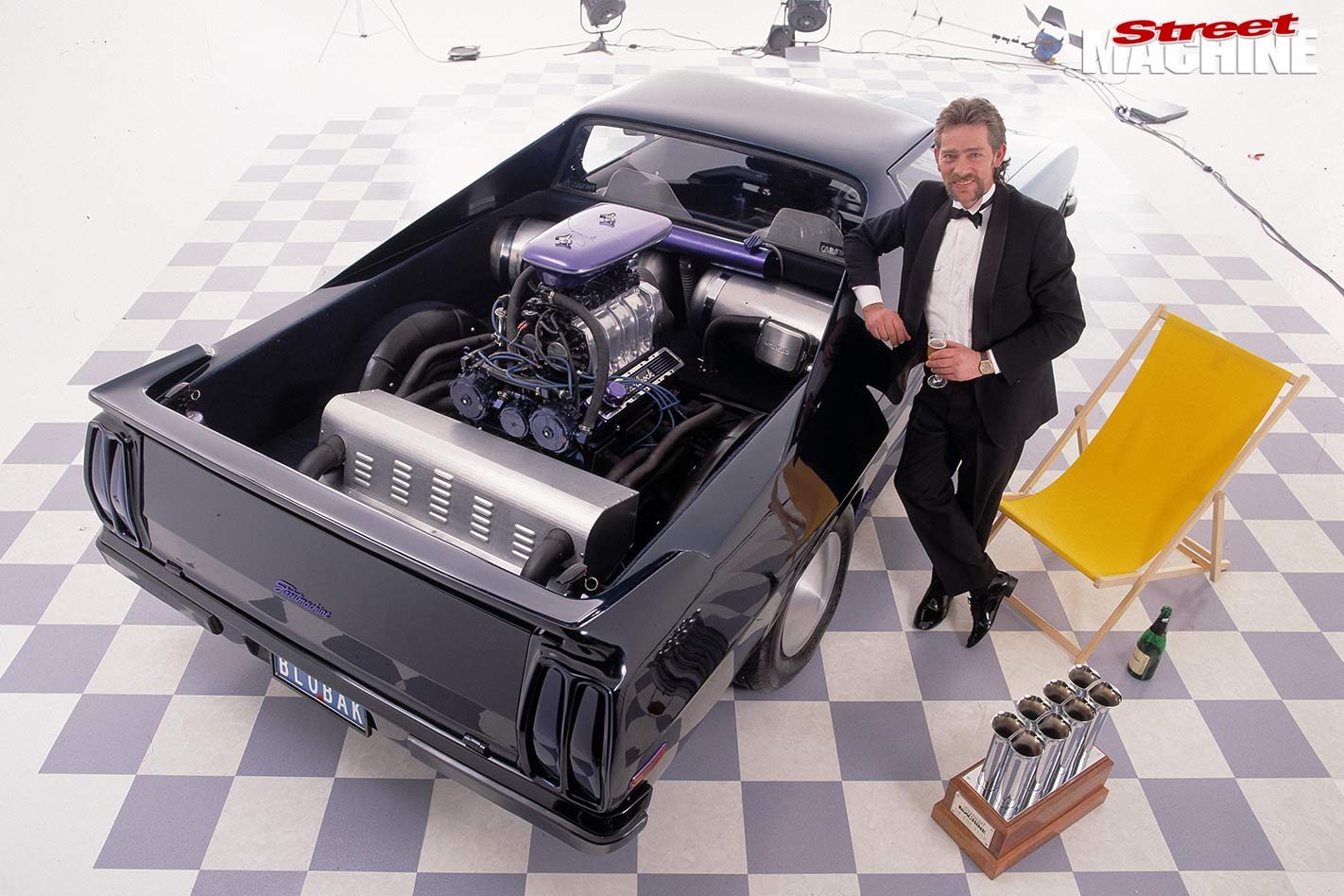 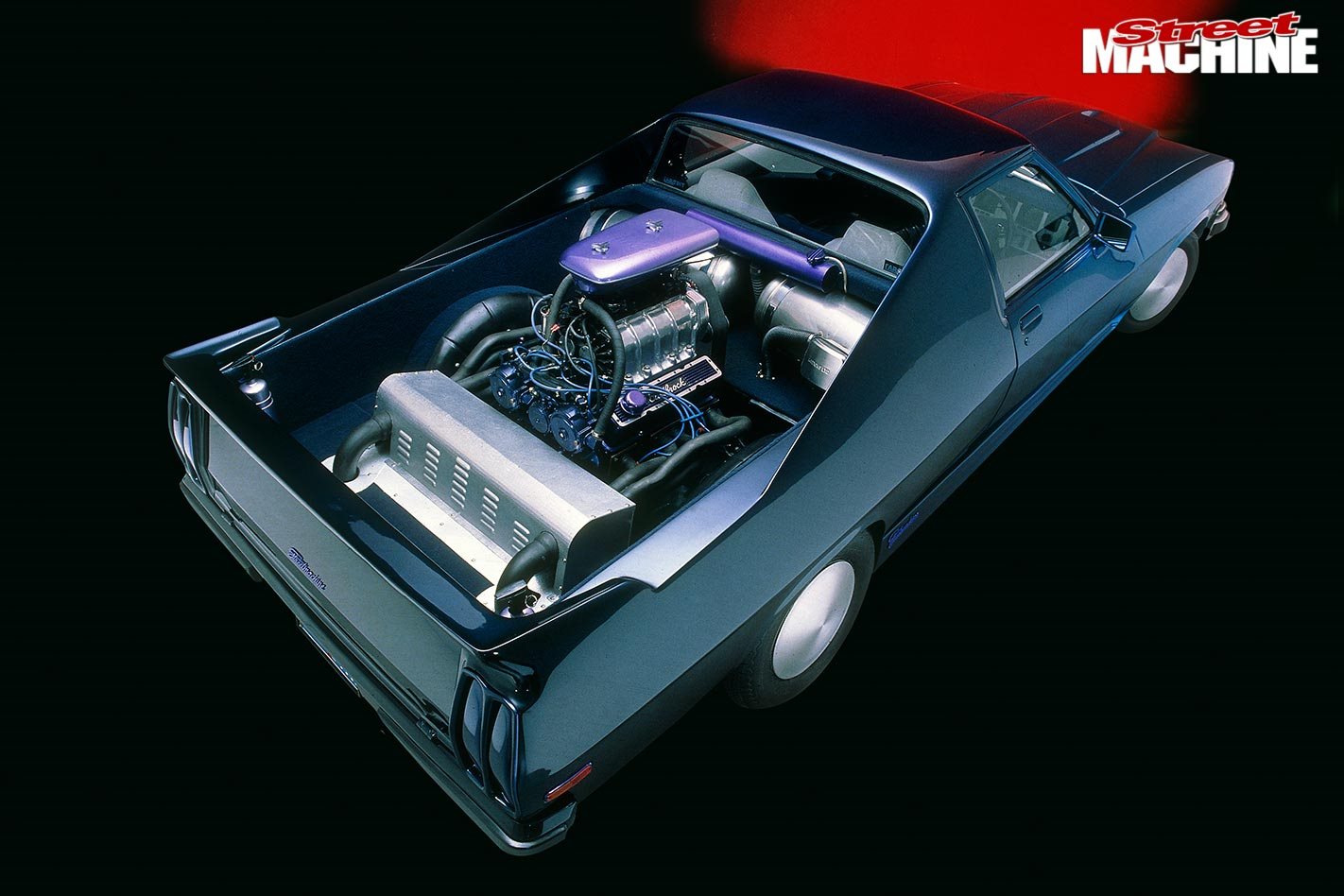 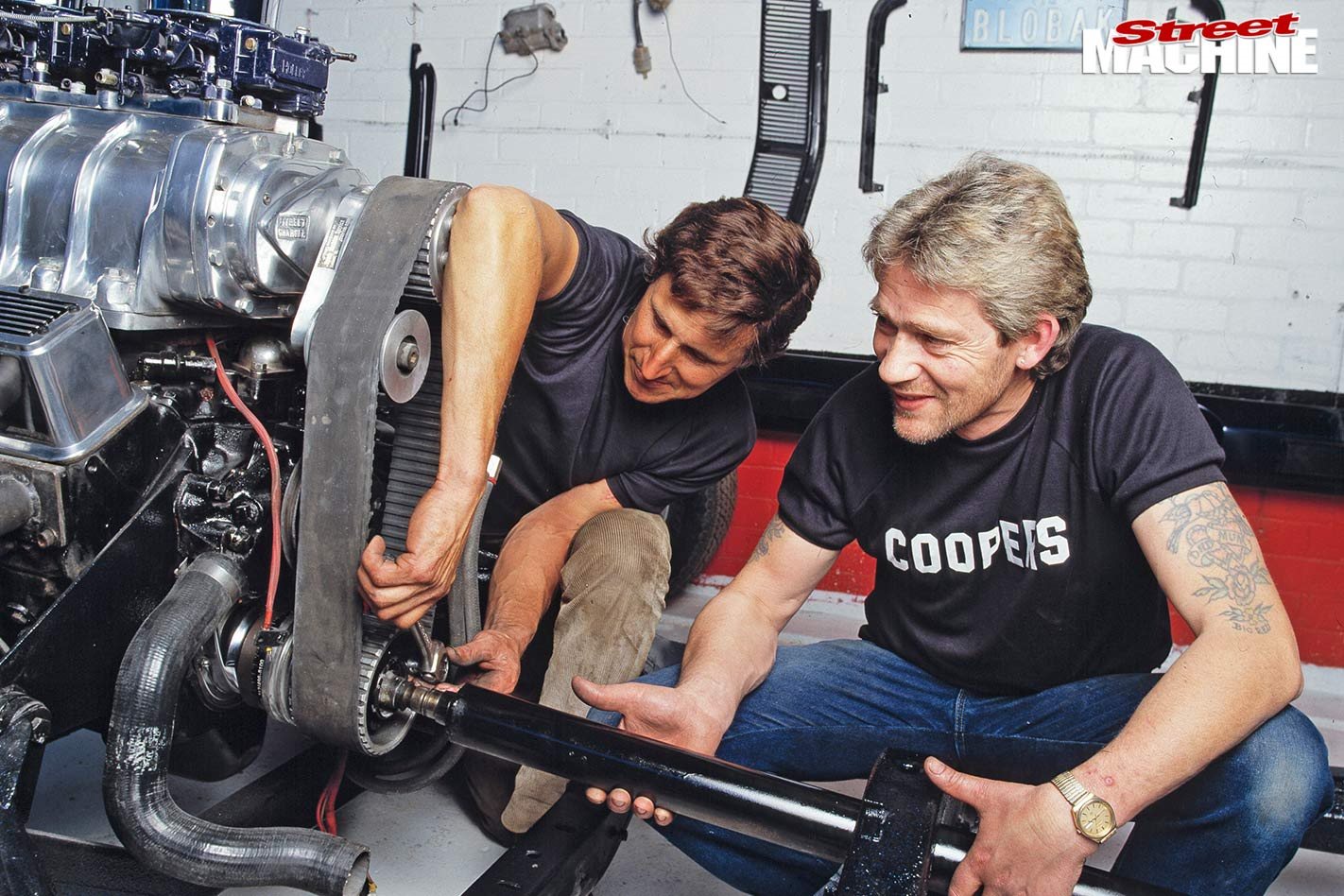