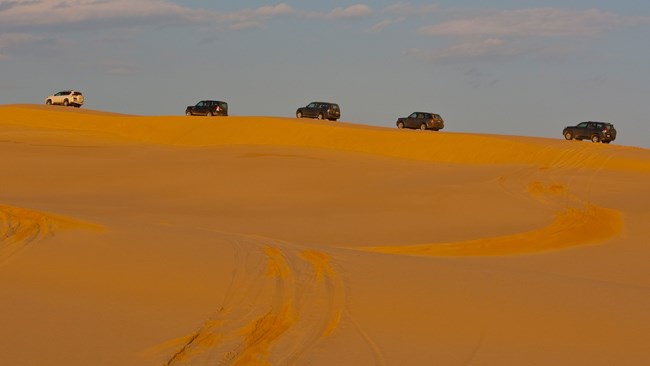 The value question is sometimes the most hotly debated criterion, as it’s often a perceived issue rather than technical fact.

The value question is sometimes the most hotly debated criterion, as it’s often a perceived issue rather than technical fact.

The value for money of any vehicle is relative – features that might be of value to one buyer may be worth little to another, so we need to examine the vehicles in relation to their particular market segments and direct competitors.

It needs to be stressed that value for money is not affordability. A $250,000 Range Rover will be out of reach for most of us and, as such, not appear good value for money, but to the well heeled with money to spend on such luxuries this may not be the case.

The Mitsubishi Pajero GLS represents the lowest price point of the five finalists in 4X4OTY at $61,290. That’s for the five-speed automatic as tested; the five-speed manual is $3K cheaper at $58,290. For that price you get a seven-seat wagon with a strong, economical turbo-diesel engine; Mitsubishi’s selectable 4X4 system; all-independent suspension; a stiff and safe monocoque chassis; electronic traction and stability control; ABS; climate control air conditioning including rear air-con; class-leading five-year manufacturer’s warranty; cloth seats; front, side, and side-curtain airbags, but no parking sensors or reversing camera. The steering column adjusts for height only.

It is a well-equipped package for the money but the Pajero is feeling old as this platform nears the end of its life cycle, and is due for replacement soon. That’s a double-edged sword – the vehicle is as well sorted as it’s ever likely to get, yet an all-new model will devalue this one.

On the next step up the cost ladder comes the new 150 Series Toyota Prado GXL. The 3.0-litre turbo-diesel engine, six-speed manual version was tested, retailing for $61,990, and you can add $2500 to that for the five-speed automatic transmission, as most buyers will.

While this makes the Prado GXL more expensive than its nearest competitor, which is, incidentally, the Pajero GLS, and some $2400 pricier than the 120 Series it replaces, it does now have as standard equipment: electronic traction and stability control; a rear-view camera with TFT screen; rear parking sensors; third-row curtain airbag (on top of the seven airbags already standard); height and reach adjustable steering column, and three-zone climate control air-con.

Fuel consumption (as tested) of 11.8L/100km for the manual GXL, combined with a class-killing 150-litre tank capacity, ensure a touring range unchallenged by any standard 4X4 wagon.

Land Rover’s Discovery 4 could be seen as a competitor to the Prado and Pajero in as much as it’s a capable, seven-seat, five-door, turbo-diesel wagon, but when you look at its $81,990 starting price it really moves up a rung to the LandCruiser 200 Series pricing segment.

For your money, you get a multi award-winning chassis platform with four-wheel, height-adjustable, independent air suspension; selectable Terrain Response system, including hill descent control; manual leather seats and trim; unrivalled third-row seating; dual-zone climate control; cruise control; the awesome new 600Nm 3.0-litre TDV6 engine; nine-speaker audio system; eight airbags, stability and traction control; TFT information screen, and a height and reach adjustable steering column. You might expect a rear view camera and electric front seats for this price but they are optional extras. An option fitted to the test vehicle, and one that any D4 buyer planning to head off-road should buy, was the $1060 electronic rear diff lock.

Compared to Prado, the near $20K price difference is justified in the performance and refinement, not the features, and the trick suspension seals the deal. Compared to LC200 GXL, the D4 represents much more bang for your buck.

The Kakadu replaces the Grande at the top of the Prado specification and with the turbo-diesel 3.0-litre engine sells for $88,990. For that you get a Prado with all the fruit, including electronic stability and traction control; electronic rear diff lock; rear DVD entertainment system; a fridge in the centre console; leather seats with power adjustment and memory on the front two; power folding third-row seats; power sunroof; cruise control; the full complement of airbags; KDSS and height and damper adjustable air rear suspension a la Grande models.

The big-ticket items on Kakadu include Toyota’s new Multi Terrain Monitor (MTM), Multi-Terrain Select (MTS), and CRAWL control. MTM uses four cameras placed around the vehicle to show the driver exactly where the vehicle is on the track. MTS is like Land Rover’s Terrain Response. It has four settings to optimise the vehicle system for different off-road terrain. CRAWL control is basically off-road cruise control and controls speed over low speed rough terrain without driver input on the throttle or brake.

It’s a lot of kit for the cash but an unrefined driveline and chassis don’t equate to a vehicle at this price. The lower-spec GXL represents better value or there’s even the VX if you want the luxury of leather seats.

Like any Range Rover, the Sport is a luxury vehicle and at $99,990 is priced as such, although it’s at the lower end of the luxury price bracket. The test vehicle also had the $1060 rear diff lock among its optional extras that took its as-tested price to $108,750. While that price is comparable with other top-end luxury 4X4s, it doesn’t stack up when compared with its Discovery 4 stable mate.

The Disco has everything the Sport has but not the Range Rover badge, style or on-road dynamics, however it adds seating for seven adults, more cargo space and practicality for outback usage.

If you absolutely have to have a Range Rover then the Sport TDV6 makes a bit of sense, but for more usability in a bigger vehicle look to the Discovery 4 HSE.