OVERNIGHT Holden and HSV have confirmed that from mid-2018 the Chevrolet Camaro will be sold here in Australia. Following on from the vast success of Ford’s Mustang locally, GM has given the green light for HSV to convert American-made left-hook Camaros to right-hand drive and distribute them through existing HSV dealerships across Australia and New Zealand. 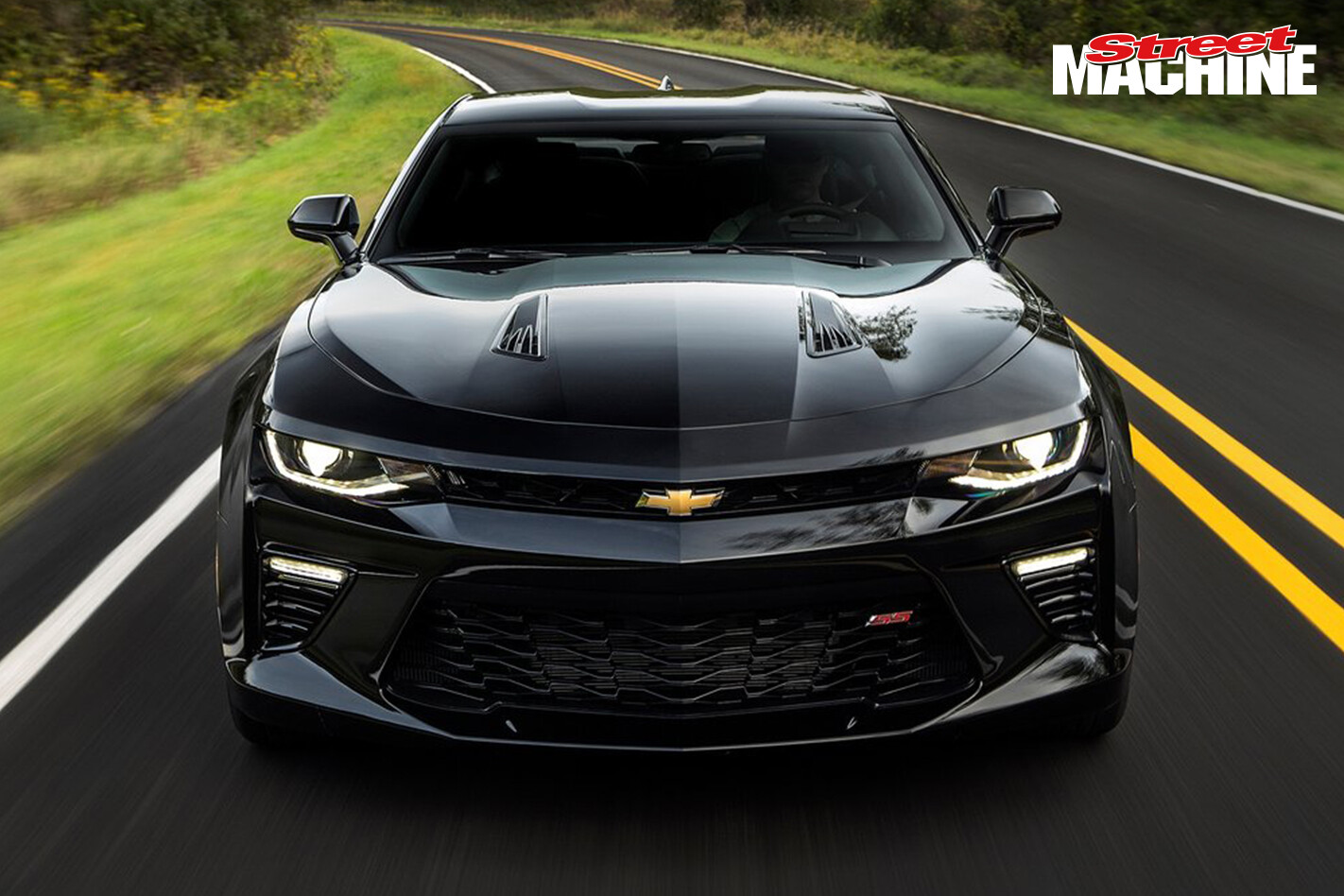 Just one Camaro model will be offered initially – a highly spec’d version of the V8-powered Camaro SS. Faster versions such as the supercharged ZL1 won’t be offered in the foreseeable future due to the challenges with gaining ADR compliance. HSV has said that it will not be modifying the Camaros in any way other than the right-hand drive conversion, and they will be badged as Chevrolet vehicles, so forget about any factory-backed Australian-enhanced Camaros for now. “Because of our history and heritage [Camaro] is nice. It keeps us grounded a little bit in where we’ve traditionally been. But the job here isn’t to enhance Camaro, the job is to get the steering wheel from the left-hand side to the right-hand side in a way that you don’t notice,” said Tim Jackson, Managing Director of HSV. In terms of specification it’s pretty close to the current-gen Mustang, though the Ford has slightly less grunt from its 5.0-litre V8. Because of the additional expense in converting the cars to right-hook and lower production volume, it’s expected that the Camaro will be considerably more expensive than the Mustang which retails for roughly $60,000. We can’t imagine receiving much change from $90,000, though we’ll find out exact dollar figures closer to the car’s mid-2018 launch. The Camaro will sit alongside a second Chevrolet vehicle in HSV dealerships which will also be converted to right-hook here in Australia. The Silverado full-size pick-up truck is coming down under, and it’ll be perfect for cashed-up tradies, caravaners and people with giant horse floats.

Powered by a monstrous 332kW/1234Nm 6.6-litre Duramax turbo-diesel V8 in U.S specification, it can tow up to 6.1 tons and carry 1848kg in its bed. Pricing will be announced closer to the car’s launch next year. The third prong in HSV’s arsenal is the Colorado SportsCat. The only vehicle that will actually be badged as a HSV (Camaro and Silverado will wear the bowtie) once Commodore-based stock dries up, the SportsCat is a modified version of the existing Colorado ute adopting a unique styling package inside and out, along with significant suspension and brake upgrades to improve on and off-road performance. However we can’t help but feel a little underwhelmed by the fact that it retains the factory 147kW turbo-diesel engine.

There are currently 64 HSV dealerships across Australia and New Zealand which will be modified to carry Chevy branding as well as HSV’s new branding, as part of Holden’s Dealership of the Future plan.