American company slots a supercharged V8 into a ZR2.

An American aftermarket company, Lingenfelter Performance Engineering, has shoehorned a supercharged 6.2-litre LT4 V8 engine into a Chevrolet Colorado ZR2, and then pushed it further for good measure.

That V8 in question, more commonly found in a Corvette Z06,  has been tickled to deliver a whopping 720hp (537kW) thanks to the addition of a Lingenfelther pulley kit and tune. That amount of ponies is considerably more than the ZR2 in stock V6 form.

To deal with the added surge of grunt, Lingenfelther also calibrated the eight-speed automatic transmission. 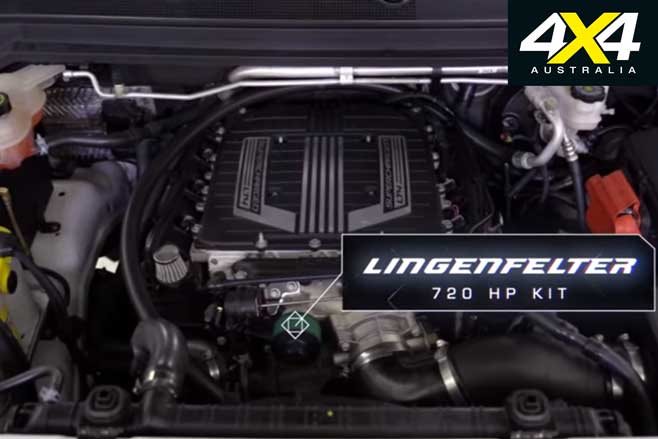 Lingenfelter, with its HQ based in Brighton, Michigan, has a history in building, tuning and installing engine and chassis components for most GM vehicles, for more than 46 years.

This specific powered-up ZR2 build is a customer car. Would you be lining up for one if you lived Stateside?