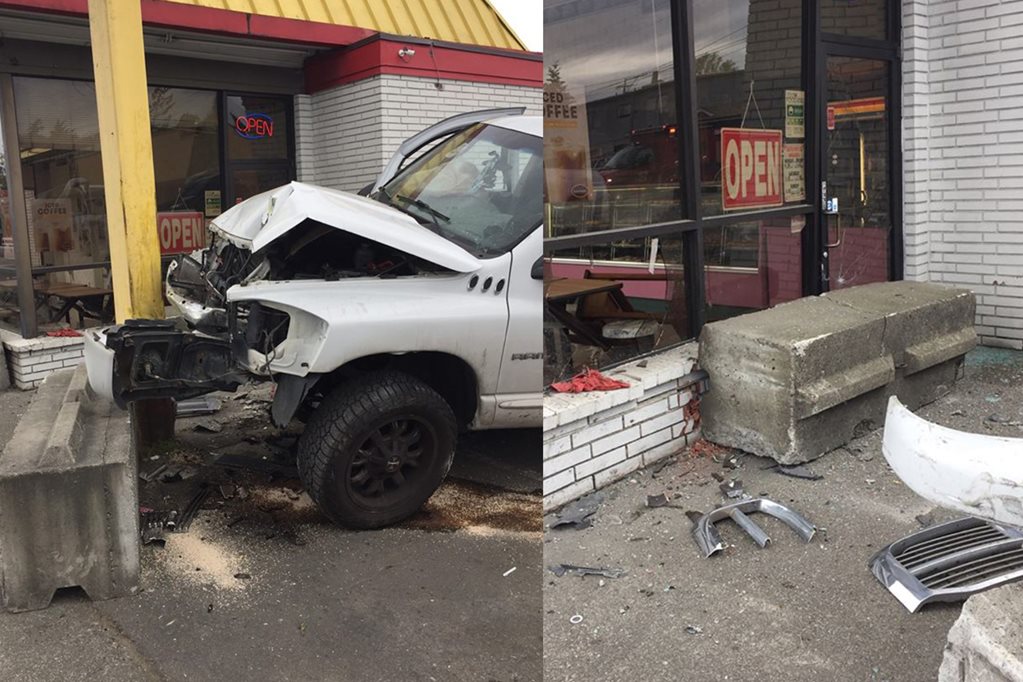 A VIDEO (below) has been making the rounds recently of an out-of-control RAM pick-up slamming into a concrete barrier, inches away from two pedestrians.

Read next: Meet the TAC's human designed to survive a car crash 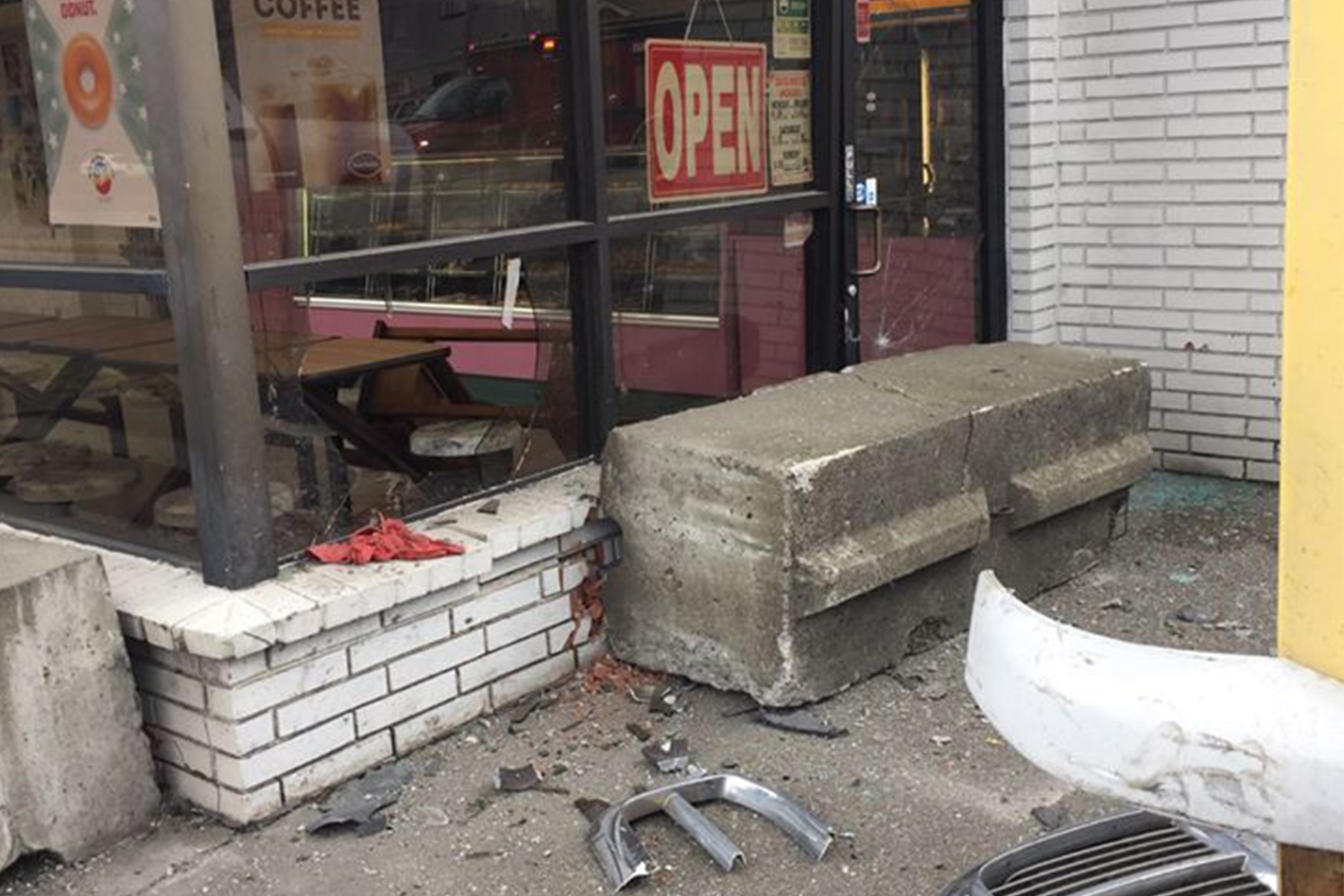 According to Komo News, a Seattle-based news radio station, the barriers were installed by the donut shop due to several previous crashes occurring at the same spot.

Reports indicate that the male driver of the pick-up was taken into custody under suspicion of DUI (driving under the influence).

Read next: Opinion: Distracted drivers are an accident waiting to happen

Concrete bollards mightn’t look pretty, but this footage proves they can be life-saving.