DELTA 4x4, a tuning house based in Germany, has spun its spanners on the all-new Jimny to pay homage to the Dakar-conquering 1982 Suzuki LJ80.

That classic LJ80 was steered in the 1982 Paris-Dakar Rally by two Germans – Schneck and Loder – over 20 demanding days of desert racing, with the little Suzi successfully making it to the finish line on Lac Rose; although, the duo wasn’t recognised in the official rating due to a gear malfunction that required an overnight fix. 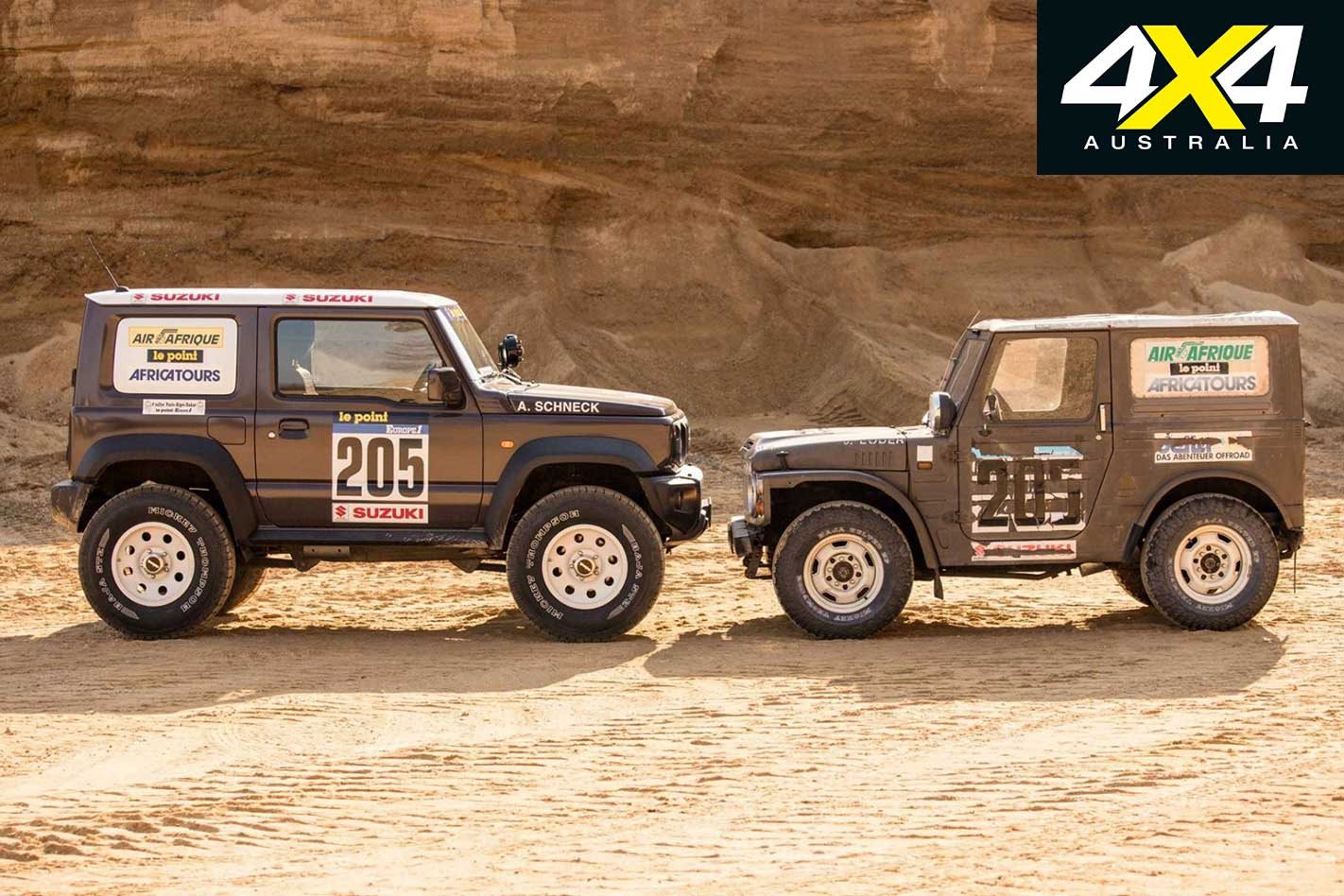 The current recreation of the 1982 Dakar rally car – wearing identical livery and sponsor logos – utilises a 2019 Suzuki Jimny which has been raised 30mm courtesy of added spaces and shock absorbers, while an additional 50mm of height is due to a specially developed body lift kit.